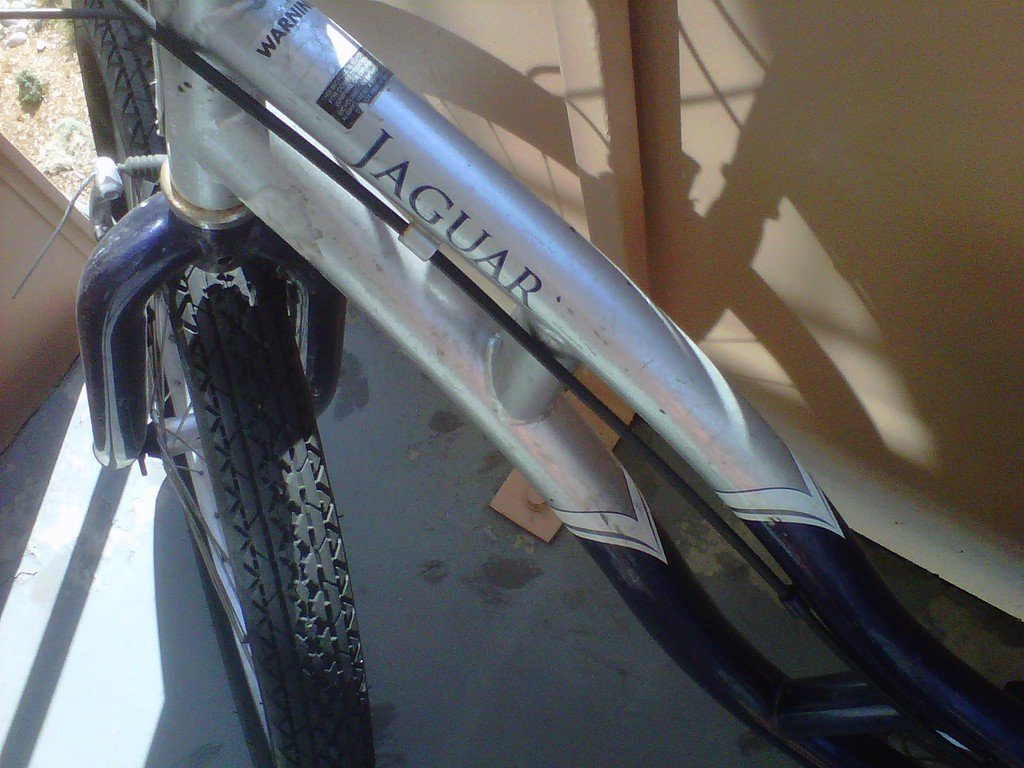 Downward Dog Style: The Jaguar Shark and Me 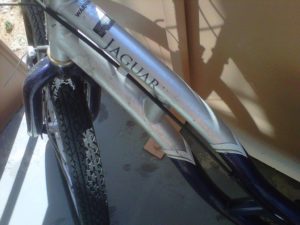 Over the last year, I’ve relied pretty heavily on a little cliché, stating it time and time again, affirming myself, I suppose, more than anyone else, “no one’s a one trick pony.” But in thinking about the things I like to do for fun, the list is, admittedly, sort of short. Not that I don’t participate in tons of recreational activities and have plenty of interests, I do. But if I had to quickly pinpoint the ways in which I spend my down time, it would be an easy answer, in this order: I practice yoga, I ride my bike. In fact, someone recently asked me if my house were burning, would I save my flannel, gingham red and gray Converse that I’ve had since 1994 (was wearing them at the time the question was posed), to which I replied, nope, I’d definitely save my bike. The Converse and the cruiser get equally complimented on the street; men, women, children commenting from near and far, but that bike, for a number of reasons, is my most prized possession. I inherited it from a close, close friend, somewhat by default—it would have been sold at said close friend’s moving-from-Colorado-to-Oregon garage sale if I hadn’t been borrowing it that entire summer, i.e., it wasn’t at their house on the day of the sale—who inherited it from another close, close friend before she moved to NYC. Moral of the story, this bike means something to me. I’m not sure these two lovely friends recognize that this is the reason I love the Jaguar Shark cruiser so so much, but there we have it, it’s been said.

One of my sisters visited me recently for about five days, and we biked every day. This is standard operating procedure with me. Each weekend I bike just about everywhere that I go. I park my car after work on a Friday afternoon (would bike to work, but it’s a 26 mile commute, one way) and don’t touch it again until Monday morning. Having someone visit you for a bunch of days can really open your eyes to your habits and customs and routines, obviously, and this cycling routine of mine got me thinking about some things. Clearly, I already was very much aware of my fervor for biking everywhere all weekend, sure, though it is thinking about what this means in my life, how this preferred locomotory method impacts me in the greater scheme of things, beyond the act of pedaling my legs to move from point A to point B, that is important to note.

I am not exaggerating one bit in my blog signature when I say that I spend time deciding whether or not I have enough time to bike to my yoga studio. For example, if a yoga class is 60 to 75 minutes long and I’m planning on going to a class at noon on a Saturday at the South Broadway location of Kindness Yoga, let’s say, I will likely end up doing “yoga-related” activities for a total of about three hours that day, which is an awful lot of time to invest in one pastime when there’re only so many hours in a day. If I were to drive my car those four miles from Cap Hill to South Broadway instead, still having to navigate the Armageddon of construction that is happening what often feels like along the entire length of Broadway, it would save me, minimally, an hour to an hour-and-a-half on a Saturday afternoon. That hour I could fill with other stuff, other recreational or productive pursuits. Certainly I could cross more chores off the list. I might have a cleaner house and car or actually fold my laundered clothes and put them away rather than wearing them off the pile. Or I might make time for a good hearty breakfast or have a fuller refrigerator at all times. Maybe I could actually fit in that trip to the mountains for a day hike that I keep saying I’ll do each weekend but just never seem to get around to when I make yoga the afternoon priority. 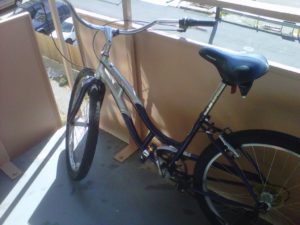 When I throw my yogitoes and mat in my bag, strapping it across my shoulder, plug one earbud in the ear that is farthest from traffic (safety rules everything, you know), and wheel out the Jaguar Shark, sun in my face, beats in my brain, legs pumping, warming from the physical effort, dare I say, wind in my hair, knowing this is what I’m doing right now, I am pleased. I am satisfied. I am happy. I am not stressed. I am not worrying about the next thing, the next chore, the next activity. I am enjoying the present and doing exactly what it is I want to be doing. Riding my bike the way that I do probably impedes how much I accomplish in a day or evening or weekend. But the things that need to be completed, they’ll be there later. They’ll be there on Monday night, Tuesday night, next weekend, next year. And they’ll get done eventually. The list really never ends, so I might as well enjoy the process and the manner in which I arrive at the next place.

My brilliant friend Kimi (aforementioned close friend with the garage sale) posted in her blog recently, “When we are busy in the affairs of our life, filling up every nook of our being with something to do, or with anxiety that we are not doing something, we are unable to grow and to manifest into our supreme self.” This biking to yoga or biking even when the sky is threatening an afternoon thunderstorm, or to the grocery store, clearly the bike itself limiting the number of items I can purchase and transport back home, guaranteeing right then and there that I’ll have to make a trip the following day just to get all the food items I require for the week, is my destination. The overwhelming need, and it is a need, that I feel to bike to meet up with a friend for a glass of Tempranillo on a Saturday night, pedaling in four-inch wedges, with a small clutch tucked under my left arm, or to simply take an extra lap around Cheesman just to spend a few extra moments with the special person I’m biking alongside, well, that’s livin’ to me. A simple and full manifestation of the story of life.