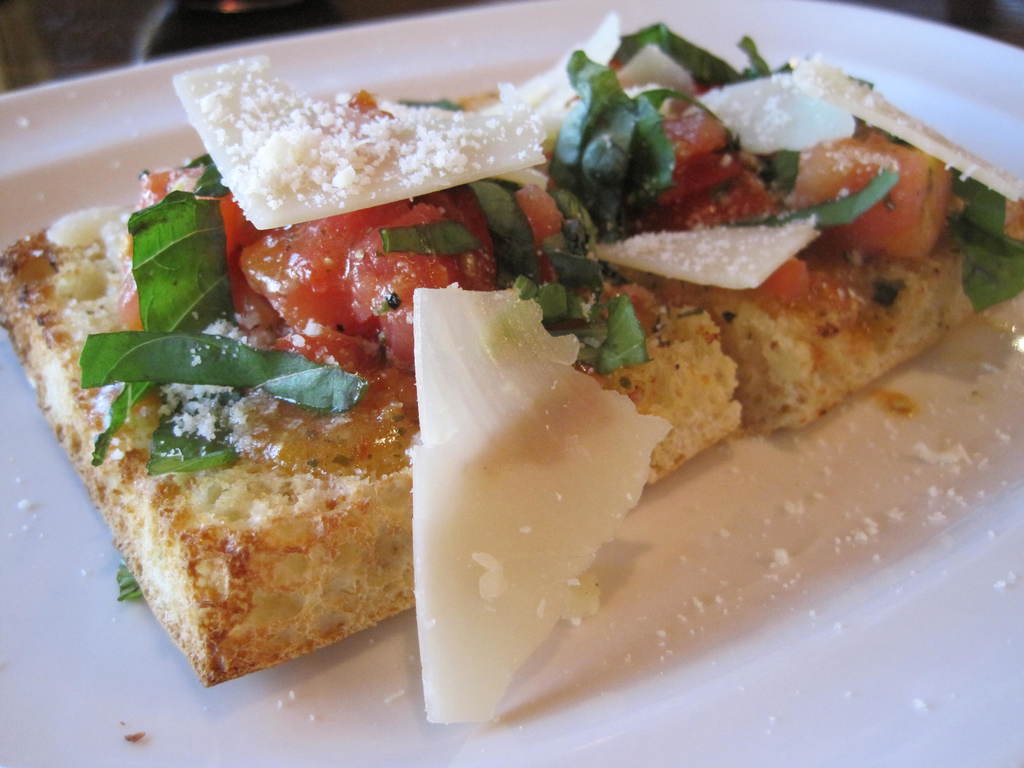 Boulder bEAT: Tossa, What a Concept

If you can make it here, you’ll make it anywhere. It’s up to you…Boulder? That’s, at least, what one restaurant manager told me about our foodie capital as the perfect test market for Tossa—the flagship Italian spot serving up fast-casual by day, full service in the evening since last fall. This dual concept affords diners a twofer in terms of restaurant experiences, but night or day, I only go there with one thing in mind: the mushroom & truffle arugula pizza. 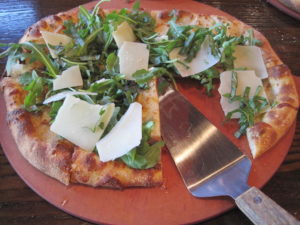 Whether we order the individual or the large, it’s guaranteed to be gone by meal’s end without regard to how many other dishes or people have joined the scenario. That’s because this white pizza is done right with mushrooms, mozzarella, aged provolone and fresh basil, topped with fresh arugula and shaved parmesan and perfectly drizzled with truffle olive oil—pretty much a deal maker in my book.

If you’re in a meaty mood, the carbonara is another favorite among Chef Andrew Selvaggio’s s special recipes. Also built on a white pizza base, the salty Kurobuta ham offsets the creamy, house-made herb ricotta, with mozzarella, aged provolone, parmesan and black pepper also in the mix. Don’t be fooled by the weighty ingredients in either of these Neapolitan-style pies, they’re light to the last bite…even when you’ve taken “individual” literally and downed it all solo style. 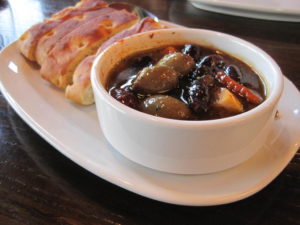 I’ve gotten ahead of myself; there are some small plates you’re going to want to order and eat before being blown away by a crust that was years in the honing and days in the preparing. The new spicy citrus olive appetizer bathes pit-less imported mixed olives in Italian olive oil, herbs and citrus. Delightfully peppery, it’s served with Tossa’s fresh-baked bread—something I can’t help eating at every chance, even given that what’s for dinner is mostly bread based.

It should come as no surprise, then, that I’m also recommending the bruschetta, for bread in yet a third form: fresh baked garlic. House marinated tomatoes, fresh herbs and olive oil join the party, but the fresh shaved parm that makes another appearance on this dish is really the key to its greatness.

Because there’s possibly no end to my Atkins-adverse consumption, the Tuscan roasted chicken, goat cheese, fresh baby spinach, and house marinated tomato grilled panini also made it out during this very same meal. But I’m less embarrassed to report that the zesty sandwich made for some great leftovers. I put my work in on all that pizza. 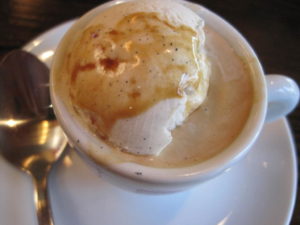 As it rarely does, this dough-induced coma put up little resistance against the dessert front. And after an insincere, “I couldn’t possibly,” affogatos were on their way to our table. This drink—a scoop of Ice Cream Alchemy’s vanilla bean drowned in illy espresso—is my new obsession. Tossa does it in perfect moderation for $1.50.

Busier with each visit, there’s a good chance we’re going to be seeing more of this restaurant rippling out from its debut location in no time. That’s kind of owner Tom Ryan’s thing, and you might have heard of his other chain-reaction venture—Smashburger. Tossa’s warm/cozy décor and light Italian fare will duplicate nicely.

It’s up to you, Boulder. Start spreading the news.