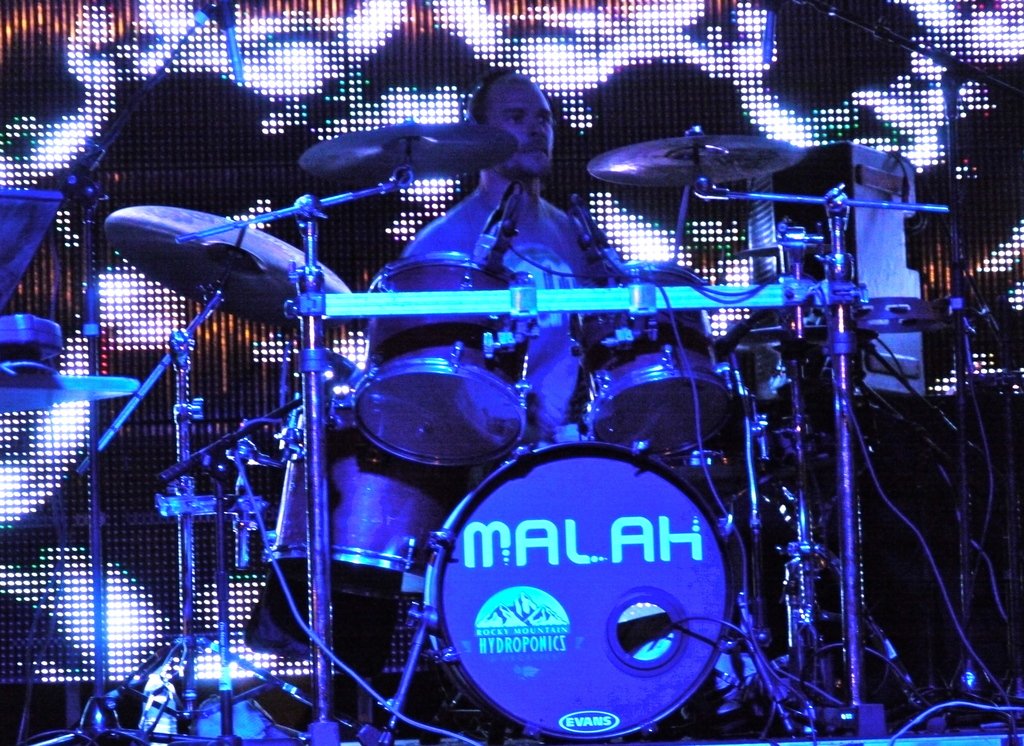 What You Won’t Find in the Olympics: A Killer Dance Party 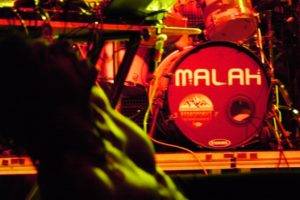 Sick of watching spandex clad, flag toting, flawless bodies careening across mats and catapulting off of platforms? Then get up off that couch and get your dance on this Saturday, August 4, at the Bluebird Theater for The Malah’s album release party for their new LP, Light Forms. “But watching the Olympics on my couch is free,” may be your resilient rebuttal. Well cut the excuses: this show is also free for 21+ before 9pm (doors open at 8pm) and if you’re tardy, it’s still quite affordable. Advance ticket sales are a mere $5 and day-of purchases are $12. A small price to pay for the party that will ensue. But you want to get there on time because not only are you in store for an evening filled with seductive and ambient jamtronica from our Colorado-based headliner, but Jesse Miller of Lotus will be opening with a DJ set under the pseudonym Beard-o-Bees. And as my musical aficionado baby brother put it best, “He knows what you want.”

The Malah have been homebased in Englewood, Colorado since early 2011, having relocated from South Carolina. You may have seen them jamming around the front range, whether it was opening for Lotus and Bonobo or stirring up a cauldron of beats at Sonic Bloom and CampFest. The trio will be using Denver as a blast off point for their nation wide tour and appearing next weekend, August 11, at the Fox Theater in Boulder ($8/advanced, $10/day of show) before heading east. But have no fear- The Malah will be back in their beloved mountains for Look Out Below Music Festival at the end of August and CampFest in early Septemer (both in Georgetown). Their new album is very much inspired by colorful Colorado. Percussionist, Seth Fankhauser, explains, “… 70 West (a track off of Light Forms) was provoked by the drive through the Rockies.  There’s something very inspiring about the evolving landscape, and being musicians, music is just our way to express that feeling.” 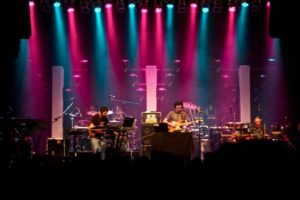 They obviously haven’t had a pleasure of getting stuck in traffic during a snowstorm in February when the Eisenhower Tunnel is closed, since the new album is so upbeat.

“But I’m being patriotic and cheering on my country,” you may whine.  Well turn off the tube and go get your boogie on in support of Colorado’s local music scene instead. The Malah is sure to have you somersaulting and crow hopping and synchronized twisting to their earthy electro-flow. But be careful on your dismount, or you may just throw your back out.