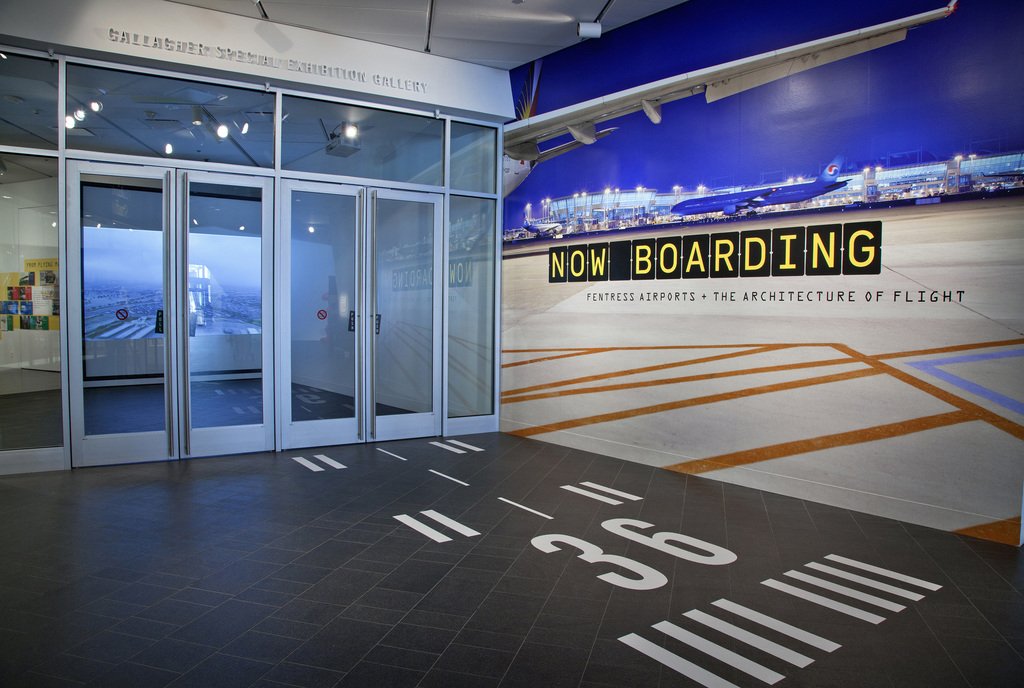 Up, Up and Away

Airports are not in my daily thoughts. For me, they serve only as transportation hubs between point A and B and back again. In fact, I probably spend more time worrying about the amount of traffic on my way to a departing flight than I do about the actual terminal. So when the Denver Art Museum announced the Now Boarding: Fentress Architects + The Architecture of Flight exhibit, I wasn’t exactly waiting with bated breath to go see it.

But see it I did, and I walked away with a somewhat disproportionate sense of pride in Denver’s airport. We are the home of a marvel—a beacon, if you will—of the greatness to come in airport design.

When I met Curtis Fentress, the head architect, he was engaging and incredibly brilliant. (Plus, he was wearing a striped suit with some kind of loud, paisley-print-looking shirt, and I appreciate that sort of thing on a man.) 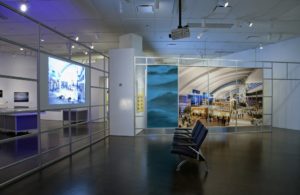 He’s responsible for the Denver, Raleigh-Durham, Seattle, San Jose, Incheon and L.A. airports. Fentress is currently in the midst of remodeling LAX to be one the largest airports in the world to be able to accommodate double-decker planes. (I’m slightly terrified of these behemoths but am really curious to see what they look like.)

The exhibit even has replicas of the new types of waiting area chairs that he plans to install (some where red, others black, and all with tablet writing arms, cup holders and a personal plug for electronics). It’s definitely a step up from the days of scouring the terminal for an electric outlet and then sitting on the floor to do work.

The exhibit takes you through a historical account of the airport and through “tours” of Fentress’ greatest airport feats.

I walked away feeling pleasantly surprise and incredibly informed. It might not have gotten me hot and bothered in the beginning, but I left feeling ready to gallantly battle traffic on my next trip out to DIA—the architectural marvel of the Mile High. Who knew airports could be so cool?