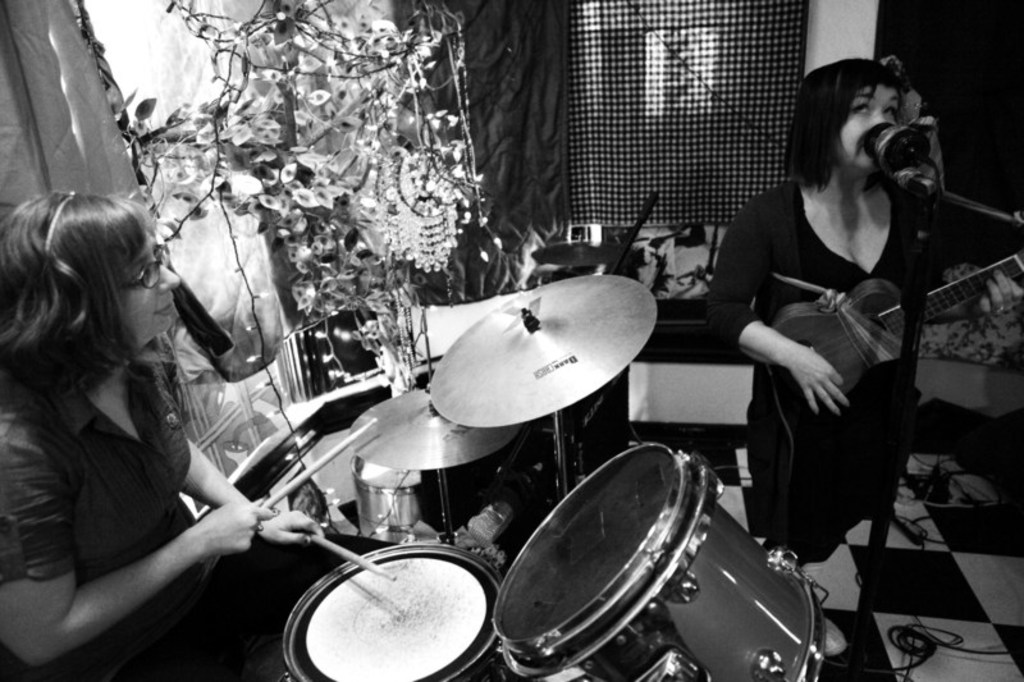 Barring occasional rain, is there a better place on Earth to see a flick than Red Rocks? Imagine the sound of crickets chirping. Know what the second best thing about Film on the Rocks is? The outdoor amphitheater-hosted movie screenings give local bands without 10,000 person mailing lists opportunities to play the world-famous venue as opening acts. Lo-fi ukulele rockers CougarPants recently had just such an opportunity, warming up for Bridesmaids on July 10th. The duo, consisting of multi-instrumentalist Robin Walker and drummer Jessica Hughes, didn’t take the booking for granted, rocking fans of the popular Judd Apatow-produced comedy with their haunting, jewelry box musicality and just-punk-enough Debora Iyall sweet vocals. Hughes cycled through uke, keyboard, bass guitar and the sound of her own laughter in the course of the pair’s set, challenging listeners to remember why music gets born into the world—to be loved, inspire head-bobbing and create lifelong auditory memories.

“It was incredible,” says Walker. “We had never played there and we’ll probably never play anywhere that cool again. We’re very humbled and excited that it happened. It’s one of those places that you don’t even aim to play because it’s so far out of reach.”

The ladies of CougarPants have been performing together for almost two years now.  “Jessica first approached me at a Megahouse basement show. She told me that she could play glockenspiel. I asked if she could play drums. Our first show was at Yellow Feather in the winter time. It seems like we’ve always been playing together though,” says Walker.

“A Factory,” one of CougarPants’ most recent tunes, sees Walker playing a mean bassline while offering lyrics that remind listeners to not forget themselves. Keyboards and beautiful vocal harmonies dominate “Talkinginmysleep.”  Catch the act July 19 at The Deer Pile’s TitWrench Kickoff Party (being a TitWrench artists qualifies you for automatic friendship in this writer’s book).

Do not miss these other sweet and dirty, lady rocker and crooner bands play at some of the best, most fun, down and dirty places in Denver at TitWrenchFest 2012.   The Festival begins July 25 at Old Curtis Street Bar, again on the 27th at The Glob in RiNo district, 28th at the Mercury, 29th at MCA. 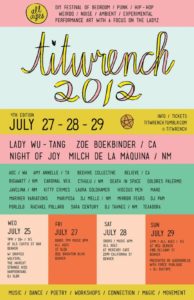