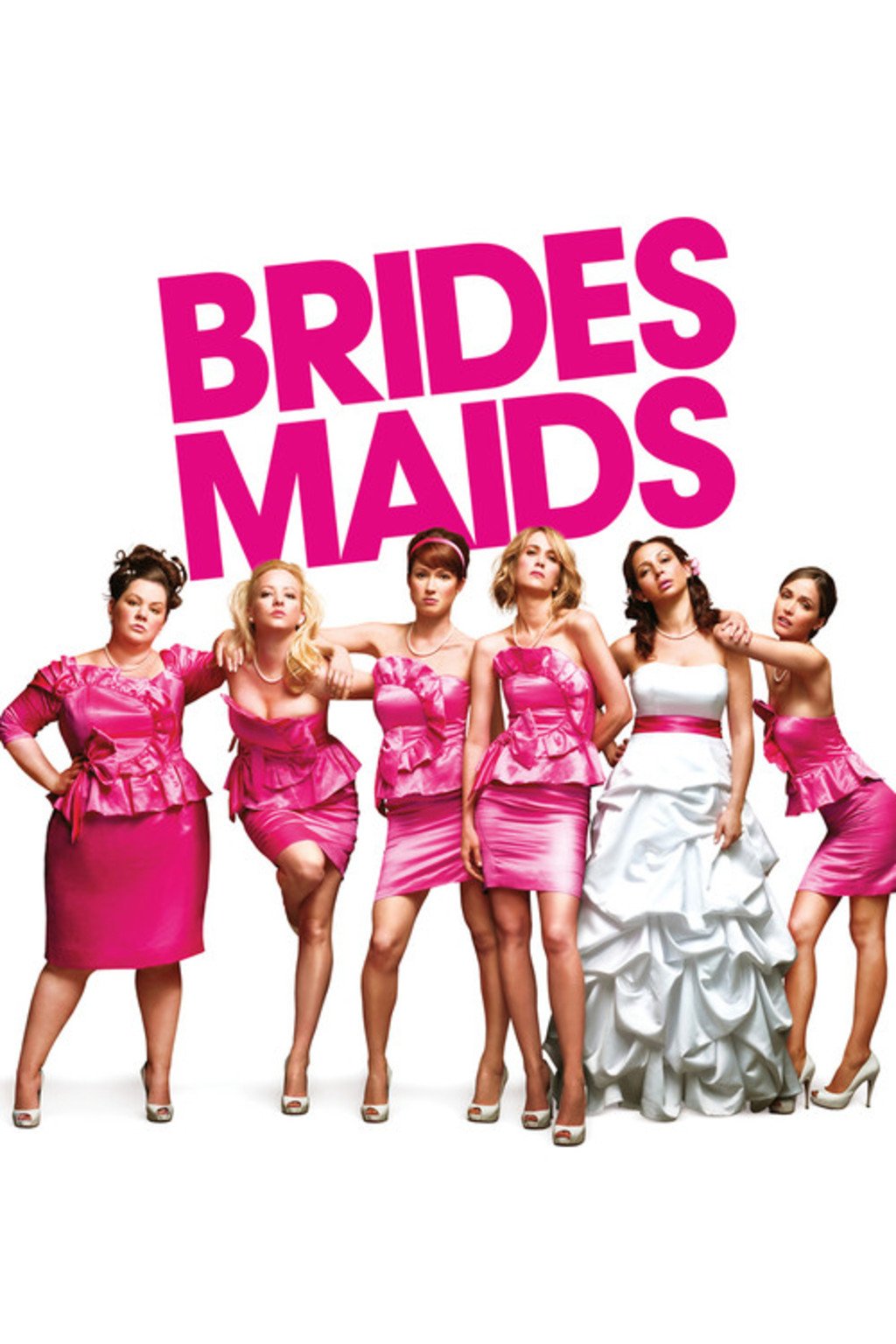 Bridesmaids on the Rocks 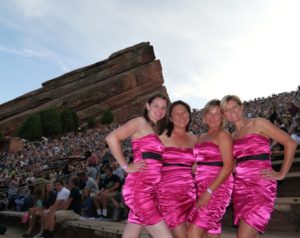 Dressing up as bridesmaids for this girls' night out

A night out at the movies is one of America’s favorite pastimes. But take the movie, throw it on a giant screen surrounded by nature and underneath a blanket of stars and you have Film on the Rocks. Film on the Rocks is just about the best thing to happen to the movies since buttered popcorn.

Colorado locals all know that Red Rocks Amphitheater is the perfect setting to watch their favorite artists play. Fans come from far and wide to bask in the Mile-High ambiance under the shadow of towering sandstone formations with a breathtaking view of Denver’s city lights glittering below.

When there’s a lull between musicians, the warm summer nights at Red Rocks provide the perfect setting for some of your favorite movies to take the famed stage. The experience begins with sets by local bands and other acts as the sun sets, drenching the scene with a golden glow. As dusk settles in, the film begins. Movie-goers often bring blankets and picnics to the show, enjoying dinner and snuggling up as the night cools.

This past Tuesday, Film on the Rocks showcased the comedy favorite, Bridesmaids, starring Saturday

The sold out show was filled with ladies dressed in their bridesmaid finery, celebrating what has been called the female version of The Hangover, only better. Alas, there were a few men to be seen in the crowd, and judging by the thunderous applause, the night was enjoyed by all. 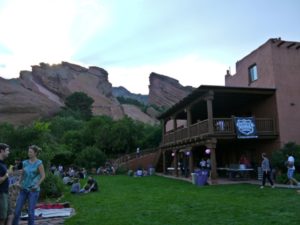 Want to get in on the fun? Upcoming Film on the Rocks events include E.T.: The Extra Terrestrial and Anchorman. Tickets for upcoming shows can be purchased at www.denverfilm.org. If you’re looking for a more extravagant night out, check out the VIP packages. $30 gets you in to the pre-party at the picturesque Trading Post where DJs spin the latest remixes as you enjoy your fried chicken, mac n’ cheese, or pulled pork sandwiches from Steuben’s Truck. Complimentary cans of ice-cold Coors and Blue Moon and sweet treats from Happy Cakes Cupcakes complete the picnic. Your VIP ticket also includes access to the roped-off VIP section front and center for the best seat under the stars.

Avery Johnson is a 303 Magazine intern for the Arts & Culture section. She is a Colorado native currently majoring in English and Communication Studies at the University of San Diego. She can’t sit through a movie without a tub of buttered popcorn and Swedish Fish.