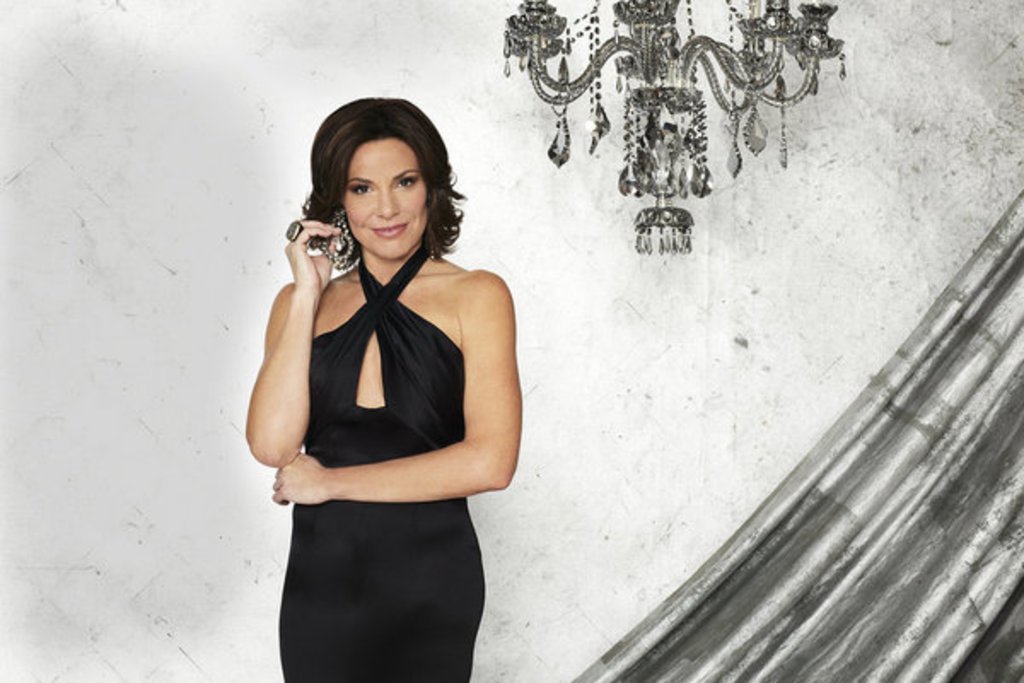 The Real Housewives gods have finally answered my prayers, bringing an episode that both stunned and entertained. For the first time since the season started, I felt like the housewives were back. No more playing nice. Let the drama begin. 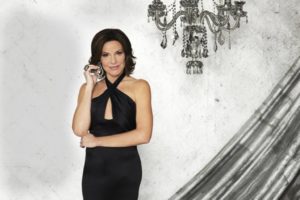 Perhaps the biggest shocker of the episode was LuAnn’s interest in having a baby. I almost spit out my beverage when she confronted her daughter Victoria about the possibility of becoming a mommy again with Jacques (her boyfriend). While I was happy that she chose to include her daughter in the conversation, I have to agree with Victoria when she tells her mom that she might be over the part in her life of having children. I can’t picture LuAnn with an infant in her arms and I’m not sure she would even want a baby at this point in her life if it weren’t for Jacque’s younger age.

Another surprise was Aviva’s admission that her husband, Reid, does not wear a wedding ring. Aviva’s reasoning? Women are more attracted to men with wedding rings because they are “off limits.” I beg to differ. Marriage is a commitment and that commitment is displayed loud and clear when a man wears a wedding ring. No ring, no commitment. Period.

That wasn’t the only quirk Aviva revealed about herself. As a stay at home mom with four children, she is completely committed to being a mommy. I love that, as I’m sure it’s a very demanding and fulfilling job. But, there was something that I found to be very odd. Supposedly Aviva and her husband got into an argument when their son was born about what the baby should be named. Initially, Aviva wanted her son to be named Brandon and that was the name he was given from birth. However, four months later she changed her mind, deciding to change the baby’s name to her husband’s preference, Hudson. While I’m sure such a name change would have really no effect on the child (because he was so young) I’m puzzled as to why it happened in the first place. Choosing a baby name is a big, big deal and I feel like changing her son’s name downplays the importance of the event. It also shows indecisiveness, a quality that  all of us could live without.

From stay at home mom to budding business lady, Sonja seeks both Ramona’s and Heather’s advice (obviously in separate locations) when it comes to launching “Sonja in the City,” a special events company she has in the works. While Ramona offers some basic start-up tips, I felt like Heather was more enthusiastic about the venture, even offering to help Sonja with branding the company. Heather also invites Sonja to come along on a girl’s trip to London and the two call up Carole to invite her as well. 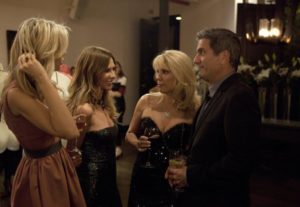 Later, Ramona and Mario invite Carole out to lunch. Unlike the usual frilly cocktails I’m used to seeing the ladies consume, Carole orders a beer. Ah, a woman after my own heart (I’m a fan of beer myself.) But it wasn’t Carole’s drink order that grabbed my attention. It was the way she interacted with Mario. Flirtatious was the word that popped into my head as I watched the two. Interestingly, the flirting wasn’t just on Carole’s part.  Mario gave Carole his glasses to read the menu, both were thinking of ordering the same dish and both bonded over their Italian ties. Carole says that she only flirts with husbands when their wives are sitting right next to them, but it seems to me like she didn’t need much help in that arena. Mario certainly was smitten.

Aviva redeems herself in the wedding ring department when she goes with Ramona to finally get a band for her husband. Supposedly Sonja made her feel like she made a big mistake letting Reid walk around without a band. But it wasn’t choosing a ring that was the highlight of this scene. It was the phone call Aviva received from Heather, inviting her to London. At this point, Ramona has received no invitation. Aviva tries to downplay the situation, saying she doesn’t even know if she’s going to go, but I could almost see the smoke coming out of Ramona’s ears after hearing about the trip.

Tensions begin to rise further at Carole’s jewelry party. From the get-go it’s obvious that the drama between Ramona and LuAnn is not over. The fake friendliness both displayed was enough to make me gag. My suspicions were further reinforced when Ramona comes up to Sonja and LuAnn to chat and LuAnn bolts for the door. Clearly, these ladies have not moved on from their past issues if they can’t even be in the same room together for more than a few minutes.

Then Ramona does something tasteless. Out of the blue, she walks up to Heather and apologizes for the way she reacted to the news of her father’s death (Ramona said something upon the lines of “you have issues” when Heather said her dad died.) I know you’re asking how can an apology be tasteless? Simple: she apologized for the wrong reasons. I think Ramona apologized because she wants to be invited to London, not because she is sincerely sorry.

Judging from the preview of next week’s episode, it seems like this London trip is going to be the factor that either makes or breaks any semblance of a friendship between Ramona and Heather. I can’t wait to be along for the ride.