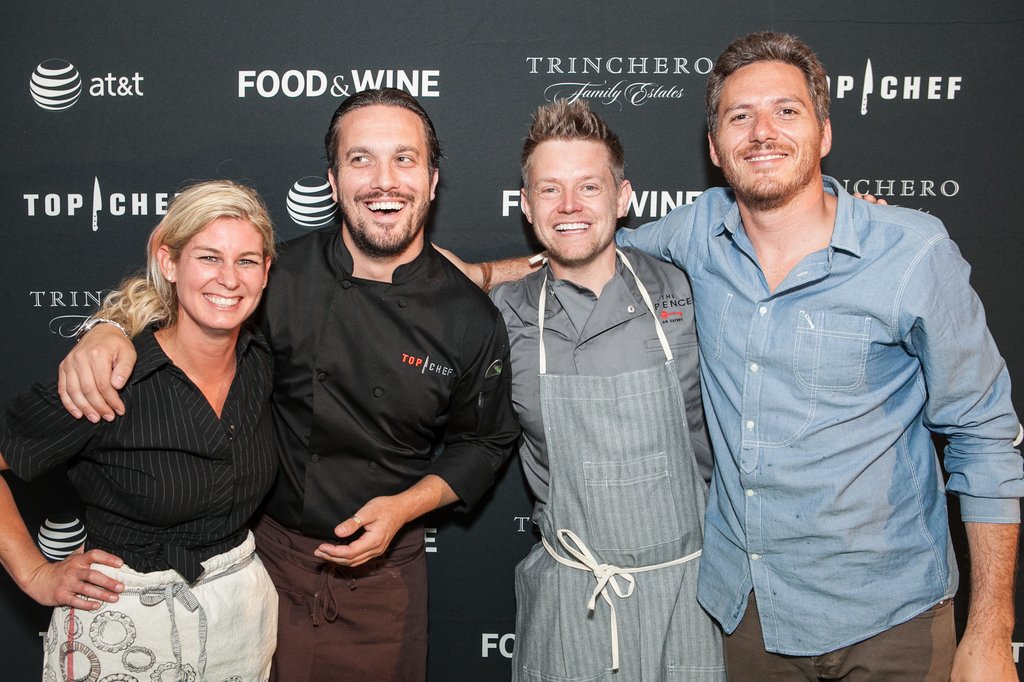 So, I must admit it took a few days to recover from the Food & Wine Classic in Aspen. Four days, thirteen parties, five seminars, one concert, and two grand tastings equal one valid excuse, right?

Celebrating its 30th year, the Food & Wine brand’s banner event has turned into one of the most prestigious festivals in the world. It’s a weekend where gluttony, indulgence and luxury is completely acceptable and totally encouraged. And I can’t think of a more perfect setting for it than Aspen.

It all started as a tasting for 300 in a farmhouse in Snowmass Village and now brings 5,000 guests, chefs, winemakers and sponsors to town every summer. Despite the $1,225 ticket price, it sold out in April. But the high price tag is well worth it for food lovers; where else can you sip thousands of wine from around the world, mingle with your favorite celebrity chefs and taste the latest culinary trends? Let the saving begin now for the 31st Food & Wine Classic, set for June 14-16, 2013.  Until then, here are the highlights:

The Chef’s Club by Food & Wine in the St. Regis played host to the festival’s official kick-off with the grand opening of their first restaurant concept featuring a rotating slate of Best New Chefs from years past. Denver’s own Alex Seidel of Fruition was on hand preparing inventive cuisine from their seasonally inspired menu. The crowd made its way to the courtyard for the Welcome Reception featuring food by Bravo’s Top Chef All-Stars Jennifer Carroll, Spike Mendelsohn, Richard Blais, Paul Qui and Fabio Viviani. The camera crew was not far behind, as the network was filming for Life After Top Chef which is premiering later this year.

Perhaps the best party of the weekend was the annual Casa José hosted by chef Jos Andrés, Wines of Spain and The Cosmopolitan Las Vegas.  Held at a mountain top estate (on the market for $28 million), Tom Colicchio, Andrew Zimmerman, Marcus Sameulsson and Giada de Laurentiis were among the star-studded crowd at this Spanish barbecue.

Bombay Sapphire, Belvedere Vodka, Patrón, Casa Dragones and TY KU slung their spirits into the wee hours at various hotspots like Casa Tua, Above the Salt, The Little Nell and Dancing Bear Aspen.  Speaking of Dancing Bear, the swank Timbers Resorts property was pretty much the unofficial after-party headquarters, with multiple events each night held on the airy rooftop deck overlooking Aspen Mountain.

If Infinite Monkey Theorem’s 2nd annual “S’wine at the Mine” soiree is any indication of its new RiNo location – then Denver is in for some more good times come next month.  After guided tours of Smuggler Mine, pig aplenty was served up courtesy of Masterpiece Deli and Boulder-based Pizzeria Basta with IMT’s canned wines in matching koozies to wash it all down.

The weekend culminated with a serious celebration of swine at the Hotel Jerome. Ten winners from Cochon 555’s regional competitions including Michelle Bernstein, Kelly English and Lars Kronmark went snout to snout for the title of “King or Queen of Porc.” With his bacon-butterscotch doughnut paired with a soft scrambled egg among his three dishes, Jason Vincent of Chicago’s Nightwood took home the crown. 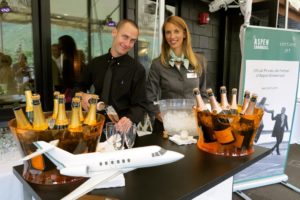 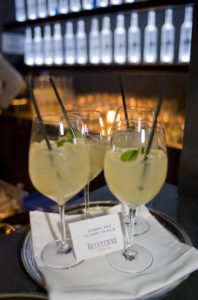 The breathtaking setting of Casa José 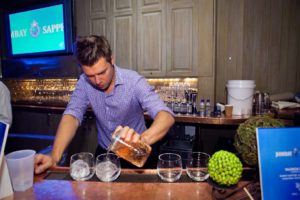 All partying aside, you can actually learn something at the Classic.  Seminars hosted by the who’s who of the food and wine world are offered before and between tastings each day. With careful scheduling, I was able to catch “Irresistible Street Food” with Susan Feniger, “Meatless Mondays” with Michael Symon, “In the Kitchen with Top Chef: Paul Qui and ”The Classic Cook-Off” with Sissy Biggers, Bobby Flay, Jacques Pépin, Jean-Claude Szurdak and Michael Symon. The most inspiring was the “Great Chefs Conversation” moderated by Food & Wine’s editor-in-chief, Dana Corwin. Culinary geniuses Grant Achatz, Thomas Keller and Tom Colicchio talked about the future of food and running their restaurant empires.

Mirror flambé thanks to Chef Michael Symon during The Classic Cookoff

Last but not least is the cornerstone of the Food & Wine Classic: The Grand Tastings. Endless rows of wine tables, sponsor demos and chef tastings are lined up under three massive tents in Wagner Park. Each session just under two hours, which is just enough time to make the rounds.

Steak in a boat

Katie Shapiro is one of Denver’ & Aspen’s resident gals about town. A “Jill” of all trades, she is a freelance writer, blogger, and PR guru. She likes skiing, drinking Manhattans, scarves, recycling, to-do lists, Gittel, and putting pins in the map. Check back often for the latest in travel, music, fashion, culture, and happenings. Follow her on Twitter: @kshapiromedia