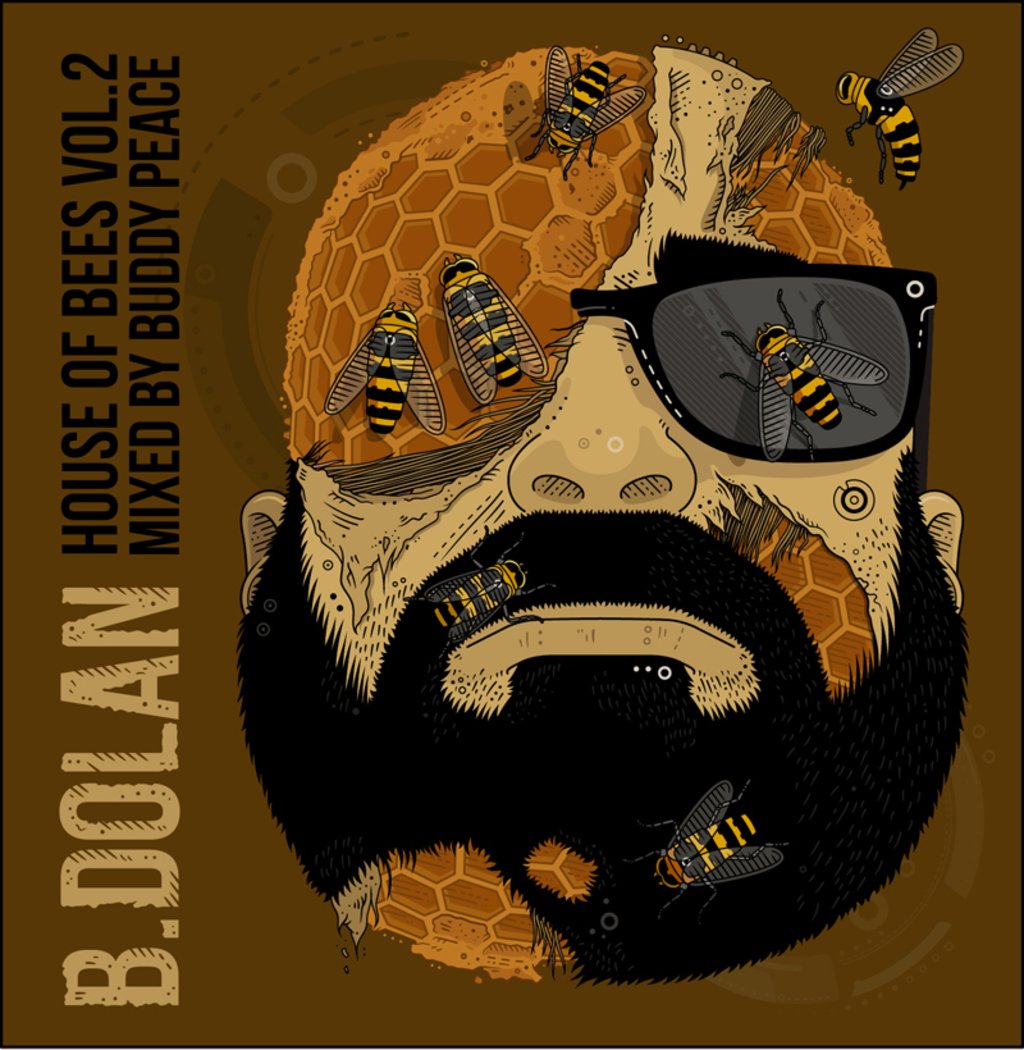 B. Dolan’s House of Bees, Vol. 2 is probably going to join Fallen House, Sunken City in my permanent iPod collection. It’s full of the hallmarks of a mixtape such remixes and borrowed beats. But, like The 3rd World by Immortal Technique, Dolan spins a web through the recording that makes it feel whole.

Unlike a lot of hip-hop recordings, even the instrumentals seem to approach a theme. From the Americana music of The Almanac Singers being sampled in “Which Side Are You On?” to “Film The Police” which obviously is taken directly from NWA, the entire recording revolves around music as a political tool, as well as the roots of musical movements (hip-hop, rock, American music as a whole, blues).

Some of the notable roots nods are to Dolan’s own roots. “Feel So Different” seems like a direct call-back to The Failure, his first album. There’s also the nod to Dolan’s mentor’s roots with some sampling of Sage Francis’ own Non Prophets album on “100 Bars for SFR.”

Since his first album (with Dolan dealing with things like post-apocalyptic lonliness), I’ve unconsciously attributed each of Dolan’s subsequent recordings into various stages of the end of the world. If Fallen House was the last towers crumbling after years of disrepair and the final vestiges of humanity’s once great cities burning to the ground, then House of Bees, Vol. 2 is a wasted landscape of bandits and marauders. The same landscape painted out by Cormac McCarthy’s The Road but as read by Franz Kafka.

While it’s not as unrelenting and catastrophic sounding as his Fallen House, it has just as much impact.

So, if you’re up for some challenging hip-hop with heart, pick this up. Otherwise, there’s always the safe womb of Waka Flocka saying his own name and Big Sean sounding bored and telling you to “go stupid” in every song.