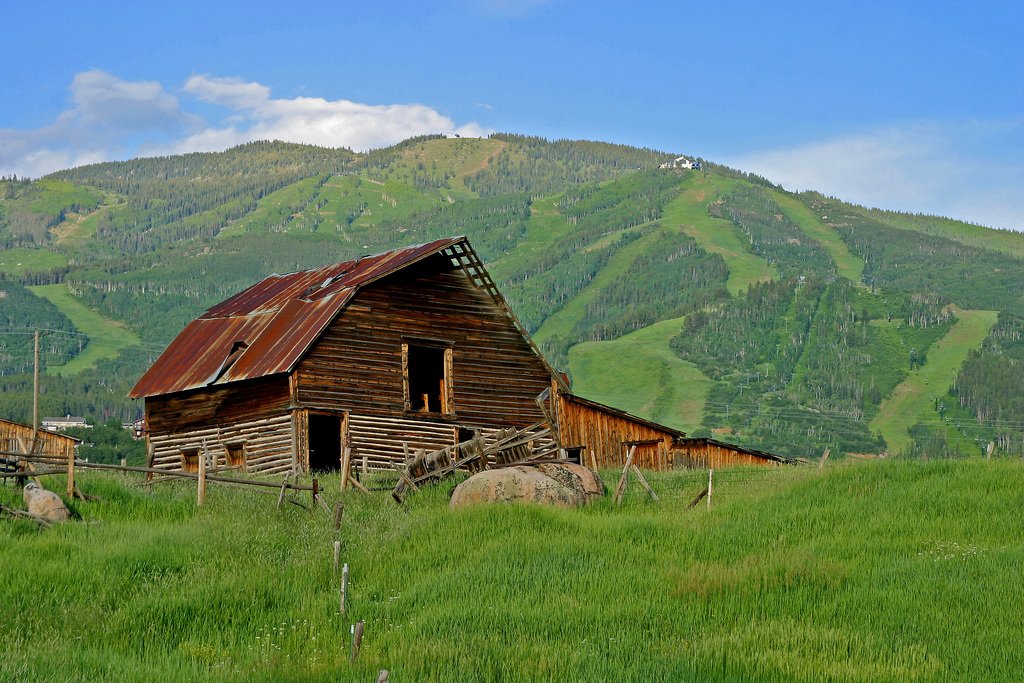 Wandering adrenaline junky Doug Davis had seen it all: Colorado, California Michigan, France, New Zealand – staying the season to ski, bike and hike before striking out for the next best mountain. But when he hit Steamboat Springs, he stayed for good. The difference: Steamboat wasn’t a ski town.

“It’s more of a Colorado ranching community that happens to have a world-class ski resort,”  says Tom Kern, head of Steamboat’s Chamber of Commerce.

Of course, Kern doesn’t shrug off Steamboat’s tourists. After all, the industry helped transform the city from sleepy cowboy town to bustling civic center. But Kern, who came to Steamboat in 1973, says that although the city has quadrupled in size over last 40 years, “The soul of the town has never really changed.”

By “soul” Kern means things things like Western heritage, Rocky Mountain character and homeplace loyalty  – intangibles often drowned out or caricatured by a booming tourist sector. Unlike Vail or Aspen, without the visitors the city actually continues to be a city; non-recreational industries like mining and ranching account for 35% of its economy, it has more than 1000 location-neutral businesses such as software development and engineering, and there are more cows than people.

Not to say the Steamboat doesn’t depend on its pastimes. The hot springs are an obvious draw and skiing, hiking and biking are standard fare for most places west of Denver, but with its Western heritage well intact, Steamboat is Colorado’s poster child for ranch getaways, riding trips and rodeos. With an usually high concentration of lakes, rivers and reservoirs, it’s headquarters for watersports northwest of he Front Range. The region is also draped in untouched wilderness for hunting and fishing.

Davis now works with the town’s cycling initiative and participates in almost all of these activates. “Steamboat has all that without losing the advantages of a big town,” he explains.

“The reasons they advertise why you should come here, the locals do those things too,” Davis continues. He finds grizzled local legends on the same bike trails, waterfall hikes and hot springs as weekenders from Stapleton. Missing is the icy resentment of weekend intruders often found in small-town natives. “It’s one of those place where if you came to visit and went up to a local, they would tell you about one of our hidden gems.”

By no definition is steamboat off the beaten path. If you visit Steamboat this summer, you’re sure to share the memories with hordes of other out-of-towners. But you’ll also be there with ranchers, miners, geologists, engineers, Olympic skiers – regular folk like Davis who just don’t want to be anywhere else, who can let their kids roam free, leave their doors unlocked and maybe hit a hot spring once in a while.

The PRCA, the NFL of the cowboy world, will launch a rodeo series from June 15th to August 18th. Head up for one of 20 events over 10 weekends, plus a bonus on July 4th. Each comes complete with BBQ, rodeo clowns and very angry things with horns. (steamboatprorodeo.com)

Watch dozens of hot air balloons rise over Bald Eagle lake, then check out the rustic wares of more than 140 artists in the meadow below.(steamboatchamber.com)

A strictly no-sissies-allowed bike race that tours the nastier side of the Steamboat landscape. The course starts on the brutal Buffalo Pass, climbs to the top of the ski area and ends in a 3000-foot plummet through the valley below. (bigmountainenduro.com)