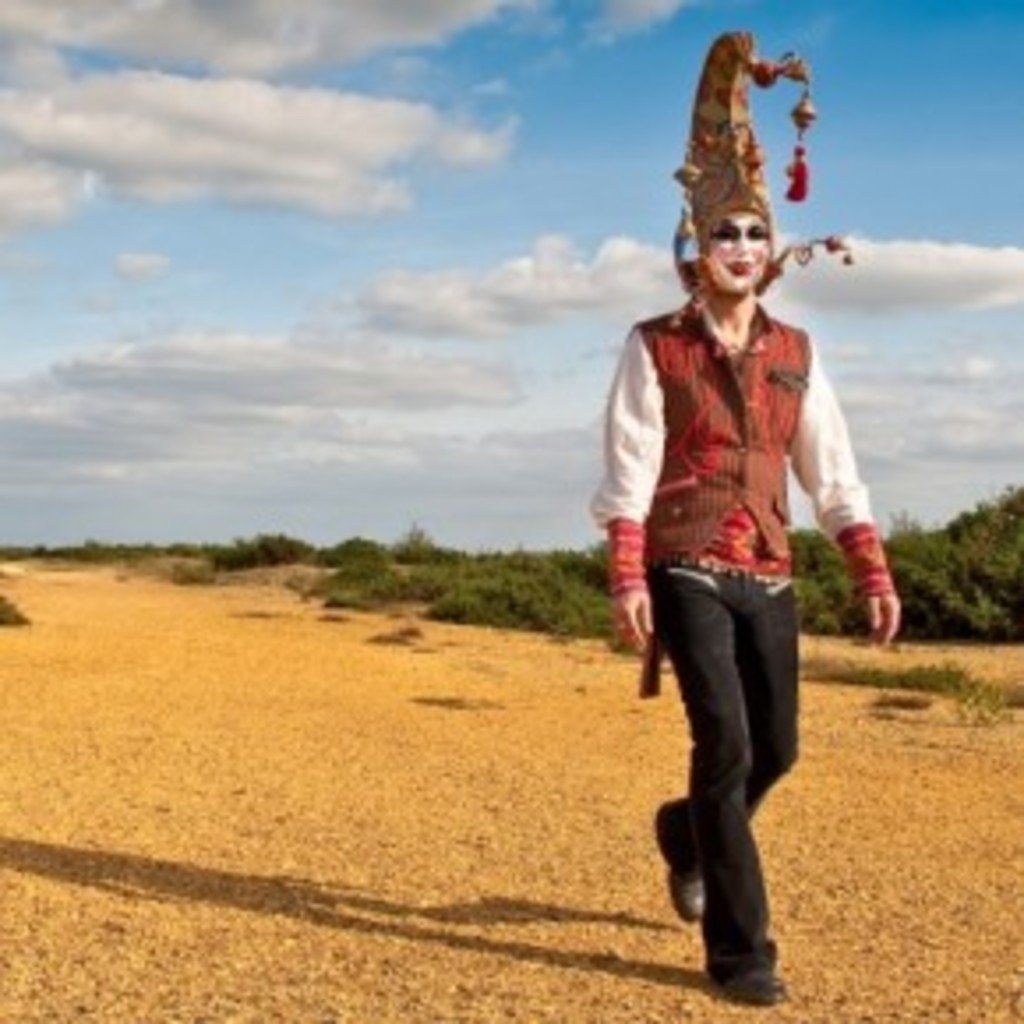 Get out your costumes; The Masquerade is in town. Tomorrow night the Ogden Theatre will transform into a psychoactive playground as Shpongle takes the stage bringing aural delights and their famed production elements. The musical duo consists of Simon Posford (producer, guitar, instrumentals) and Raja Ram (vocals, flute arrangements); they refer to Shpongle as “a psychedelic downtempo or psybient music project.” We caught up with Posford to gain some insight on the mysteries of “Shpongleland.”

303: When you were little, what did you want to be when you grew up?

Posford: A vet. (a veterinary surgeon, not a soldier that fought in Vietnam). I was inspired by the James Herriot books. But I knew from an early age I wanted to be involved in music.

303: How long have you been making music for?

Posford: I wrote my 1st tune when I was about eight or nine. I peaked early.

Posford: I think around 1994 after Raja Ram and I went to Glastonbury Festival. It would be easy to find out because it was one of the rare years that it didn’t actually pour with rain.

Posford: First of all the fact that I have no boss. I have nobody to tell me to get to work. Maybe that’s why I get so little done… In a way it’s also the worst part of my job, being an irresponsible person who is responsible for making myself go to work. To be able to do something creative and have people appreciate it is also extremely fulfilling.

303: It has been said that the term “shpongle” is used to describe a state of euphoria or ecstasy; is your music an expression of a sense of bliss you already have, or is the music itself the bliss you intend to share?

303: Many musicians look to you for inspiration; what musicians have inspired Shpongle’s sound?

Posford: A whole host of luminaries and pioneers have gone before us; to quote Isaac Newton “We stand on the shoulders of giants.” If you simply want a list here are a few: Jimi Hendrix, Rodrigo y Gabriela, Hariprasad Chaurasia, Ozric Tentacles, Danny Elfman, Pink Floyd… Street musicians in India, Morocco and buskers all over the world whose names I wish I knew.

303: How have you grown as a musician and artist since you became a part of Shpongle?

Posford:I’m not sure that I have. I’d like to think I can play better guitar, keyboards, drums and bass but the truth is probably somewhat different.

303: How have you grown as an individual?

Posford: Again I’m not sure that I have… Maybe i have shrunk… Osho said that “Enlightenment only grows in the soil of innocence”… I am less innocent and none of my questions have been answered.

Posford: I had a job in a Garden Centre, delivering sheds and selling shrubbery. I also worked as a tape-op in various recording studios, most of which belonged to Virgin.

303: Before you sit down and start making music, do you have any special rituals that you practice to help get the creative juices flowing?

Posford: Not really. I usually call all my friends and complain about how much I have to get done, procrastinate endlessly and then go out. When I eventually sit at the computer, just the simple act of starting is enough to get me going.

303: Many say that your music is not only inspired by but also emulates the expansion of the human consciousness. What great axioms have you garnered through your own quest for enlightenment?

Posford: Words that sound bland or cheesy when they fall out of my mouth, like “We are all one” etc… I don’t want to sound like a new age self help book. There is a whole industry that has sprung up to help people in the West search for their own Buddha. The truth is there is no truth. Question everything and don’t believe anything… Particularly the ineloquent ramblings of a moron like me.

303: Do you think of psychedelic drugs as a source for recreation or something more? Maybe both?

303: Some have said that your music has inspired the resurgence of the psychedelic community around the world. Would you liken your friends and family to the Merry Pranksters, or are your peers more of the Timothy Leary type?

Posford: I think we have progressed and changed a lot since those heady days. I feel more affinity with Bill Hicks.

303: What are the necessities in creating a perfect psychedelic experience?

Posford: I think Tim Leary nailed it when he said “set and setting.” (Set being mindset).

303: You have played all over the world—what is your most memorable show and why?

Posford: There are so many memorable shows for different reasons. The most recent one would be playing Shpongle Live, with the full band, in New York on my birthday. To have 3000 people sing “Happy Birthday” to you is a humbling and touching experience, for which I shall be forever grateful.

Posford: India or Japan. Both are fascinating magical, mystical places with delicious cuisine and rich culture, full of intoxicatingly stimulating experiences and opportunities around every corner.

Posford: I always enjoy Boulder, as the fans are enthusiastic, I have made many friends there, and I like the town and the air.

Posford: Certainly. It’s a strange experience that we have all had where you can be constantly surrounded by people, but still essentially very lonely. The thing I miss most on tour, however, is silence.

Posford: A multi sensory stimulatory feast for the eyes and ears. A many tentacled mind tickler using the best technology we can find. It is the Shpongletron on steroids.

303:What kinds of stage/production elements will fans see?

Posford: That would ruin the surprise now, wouldn’t it?

303: Any random hobbies that have nothing to do with music?

303: Anything in your music collection that might surprise fans?

303: It is rumored that a new album is in the works; care to share any spoilers?

Posford: We have completed 3 tracks and aim to finish it by December 21st 2012. So far it’s a little darker and weirder than the last one. Also more electronic, akin to ‘Are You Shpongled?’

303: Any words of inspiration for fans in search of their own “Shpongleland”?

Posford: You are me and I am you. Follow your own path, eschew plagiarism and seek originality, creativity and lead the way with love. To quote the drummer of Spinal Tap, “Have a good time all the time!”