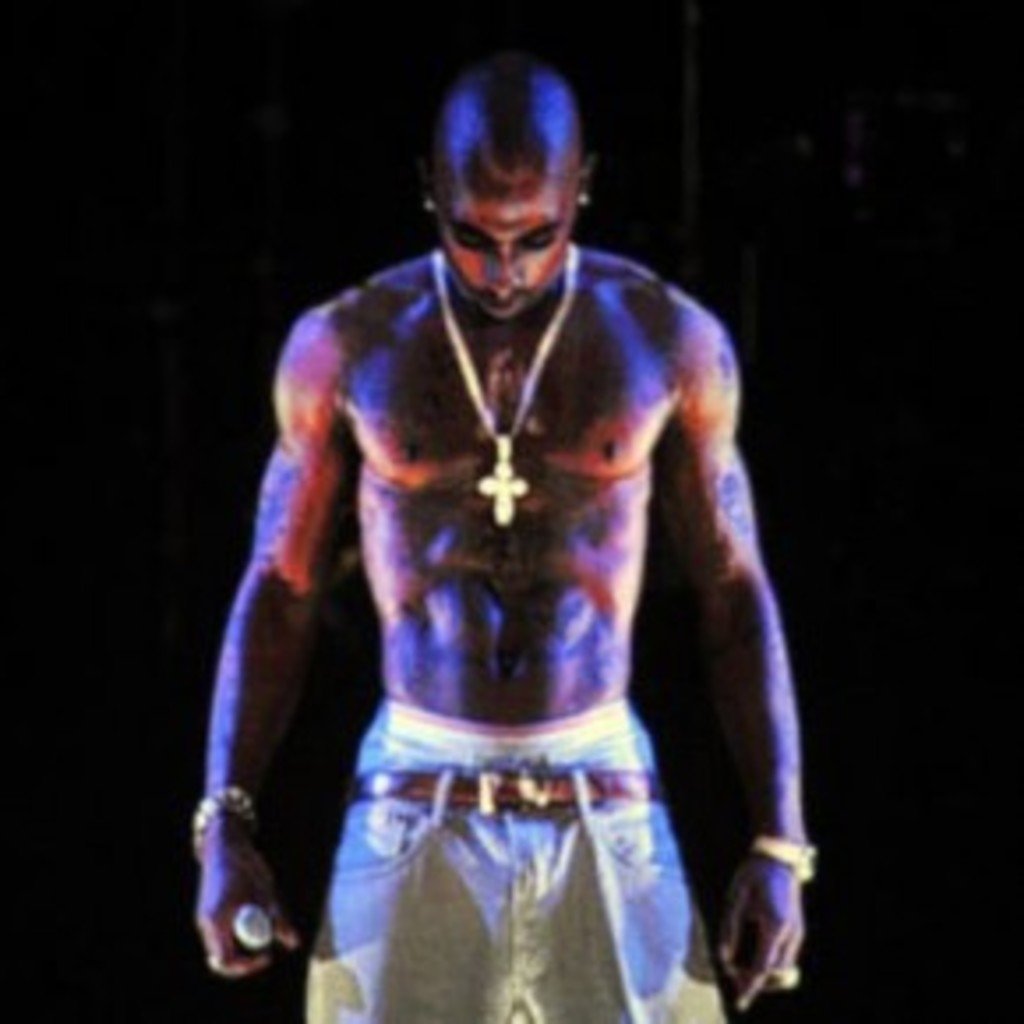 In case you haven’t heard, 2pac made a posthumous appearance at Coachella as a hologram (or some kind of illusory visual image) alongside Dr. Dre and Snoop Dogg.

So, let me start those trains a-rollin’. First, I’ll fan the flames for the batshit brigade: Tupac was hiding out in Jamaica, doing the performance in seclusion and being projected in real-time on the stage. It’s not a total fabricated facsimile of the late rapper. Oh, and Elvis was holding the camera.

Now for my serious qualms with this. Does anyone remember when MF Doom imposers went onstage for and did entire shows as MF Doom, simply lip syncing the songs and (possibly) collecting the dough (or possibly giving a cut to Doom)?

As often as people reference ‘Pac in hip hop, it’s obvious hip hop heads wonder what he’d be like if he were alive as much as people that loved grunge wonder what Kurt Cobain or Layne Staley would be like today. But actually putting “him” on stage and pre-recording words for “him” to say probably means we, as a culture, haven’t gotten to the “acceptance” stage of Tupac’s death yet.

And I’m really hoping Dre and Snoop don’t take the P. Diddy route and play Weekend at Bernie’s with their friend’s corpse by parading it around on tour like some horrifying walking, talking tomb of Lenin. Speaking of Diddy, though, I’m sure that if he has his way and can reach deep in his pockets, a Biggie/Tupac co-headlining, one-night-only show with all new material (thanks to modern vocal technology) won’t be far off.

And let’s talk about quality for a moment. If you watch the video of the performance, both “Hail Mary” and “2 Of Amerikaz Most Wanted” are basically album rips. It’s not like when the Gorillaz performed live shows with all the aural indications of a live performance. All the spoken intros from both songs were there, every word of both songs rapped exactly as it was on the album. This was even more evident when Snoop took over for his verses on “2 Of Amerikaz Most Wanted” with his human-like varying vocal fluctuations and emphases.

In some nerdy fields like video gaming there’s a phenomenon known as the “uncanny valley”. Basically, as humans, we enjoy things that are similar to us, but not us (which may be why we put animals in human outfits), but tend to be disturbed by things that are very similar, but just off enough to notice.

Watching the performance of the perfectly sculpted “Tupac” looking just past everything “he” was supposed to be looking at, the lights shining off “his” body in a different way than they shined off Snoop, and “Pac” moving like a human until “he” started to walk and gave away how not human “he” was with the ghostly glide in his step, smoother than even the spirit of Michael Jackson could moonwalk.

It was less “awwww, he thinks he’s people” and more “uhhhh, this is people?”

A technologically fascinating feat, to be sure, but I can only remember one time I felt it was acceptable to cash in on a corpse, and that was people trying to get the reward for Osama bin Laden.

Call me when Tupac resurfaces with a collab album with the dude from Manic Street Preachers.