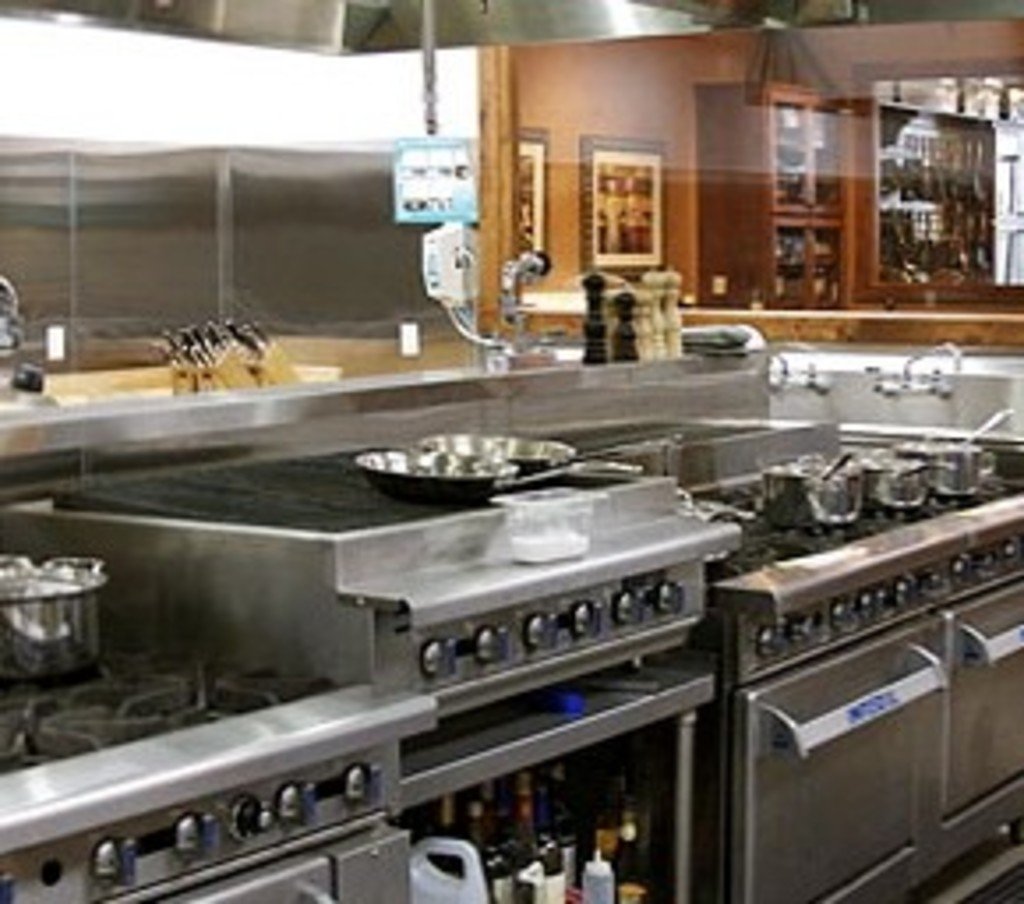 I’ll admit it—I’ve never been a natural for cooking. I’ve burned dishes, made cookies sans flour, and have ordered pizza when all else fails. While some are drawn to the kitchen, I tend to gravitate toward restaurants and takeout. Lately, I’ve considered trying to make more of a domestic effort, but I’ve realized that before I can ever channel my inner Rachael Ray, I probably need a little bit of guidance. This is exactly why I decided to attend a cooking class at the Kitchen Table Cooking School. Located within The Landmark Shops in Greenwood Village, Kitchen Table Cooking School is adjacent to Espressolé Caffe—the two businesses share the same owner. Whether you have been cooking your whole life or haven’t quite made that step like yours truly, Kitchen Table will have a class for you. From kids’ and teens’, basic technique, American regional cuisine, couples’, and weekly Meatless Mondays and Wheatless Wednesdays classes to International Pastry and wine classes, there truly is a class for every diet and cooking level.

I decided to try to make something that I would never be able to make on my own because of both a lack of experience and cooking tools—after this class I may have to give in to getting a KitchenAid Mixer—so I signed up for Artisan Breads 1. Upon arrival, my five classmates and I were offered an antipasto platter to nibble on and four different wine types to choose from. We were then led to a table to discuss what we were going to be cooking. Our instructor, Kelly Honecker, who is the pastry chef at Kitchen Table and makes all of the baked goods for the Espressolé Caffe, broke down the four essential ingredients of bread making for us: flour, water, salt, and yeast and the role that each of these ingredients plays. She also offered up a great yet simple piece of advice for cooking: always read through your recipe and all of the ingredients before you begin to cook and acknowledge what those different ingredients are adding to your recipe. For example, realize that baking soda will enable your cookies to rise—take it from experience that they won’t without it.

We were also given a packet of information with the recipes for the three bread types we were going to make: Rosemary Sea Salt Focaccia, French Baguettes, and Honey Whole Wheat Rolls. Because we only had so much time—6–9 p.m.—the doughs were pre-made when we walked into the kitchen because we needed time to shape and proof—when the bread sits and rises—them before putting the delicious doughs in the oven. We were all paired up and my partner happened to be an Army chef—I would be shaping one dinner roll and he would already be done with his six. Needless to say, he was a good partner to have.

Kitchen Table did a great job of using every minute of our time—when we weren’t folding over the Rosemary Sea Salt Focaccia bread with olive-oil-covered hands or just waiting on the doughs to proof, we were busy making the doughs that we were going to take home with us. Yes, along with a box full of bread, we also took home two bags of pre-made dough—I will be happily carbo-loading for the next month. At the end of the session, my partner and I had made one large pan-size slab of focaccia, three French baguettes, 12 rolls, focaccia dough to take home, and French baguette dough to take home. Therefore, after a mere three hours, I walked away with a mouth-watering huge half of focaccia, one and a half baguettes, 6 rolls, and two Ziploc Bags full of focaccia and French baguette doughs. The entire kitchen—and later my car—smelled absolutely amazing—after you make bread for three hours all you want to do is eat it when it’s done. Although the class prices can seem expensive at first, with the amount of food that I left with and the great instruction and help that was given to me, the cost seems appropriate. While I may have been a little nervous at first to do some cooking, as it turns out, the hardest part of my Artisan Breads 1 evening was resisting the urge to dig into some focaccia bread on my drive home.