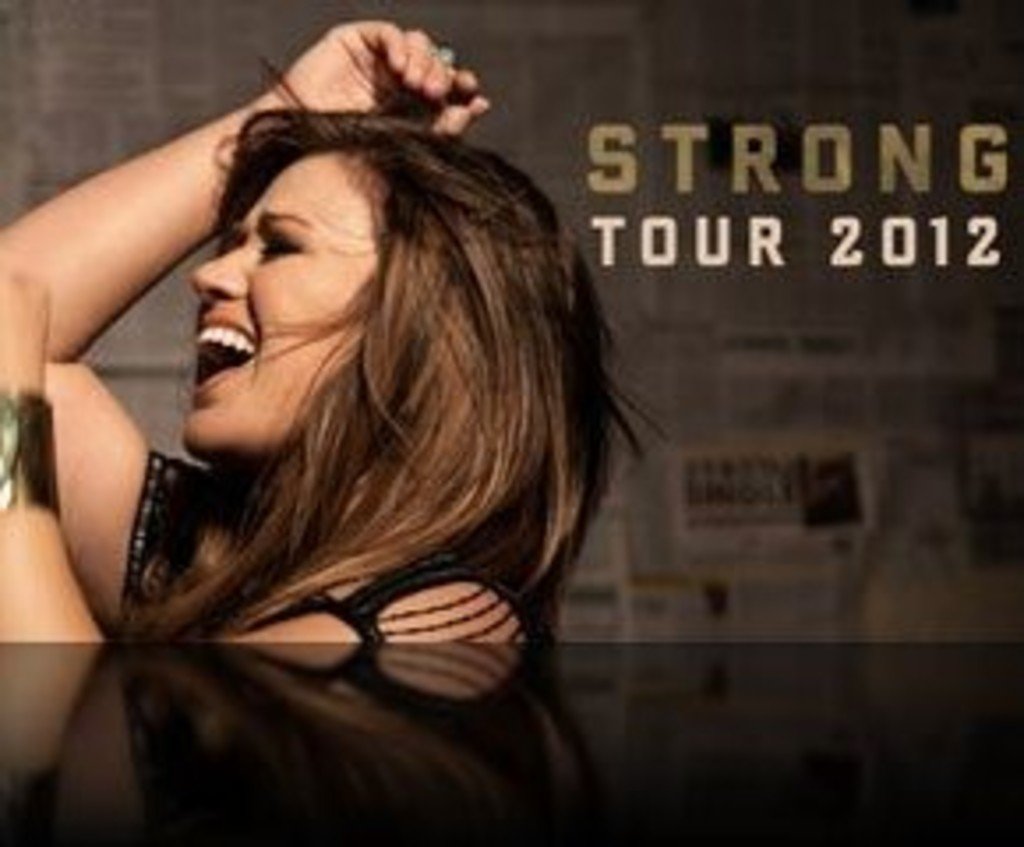 Staying true to her Idol style, Kelly Clarkson won yet another trophy with last night’s performance at the 1stBank Center in Broomfield. Granted, the show started late, but the crowd took their time in filling out the arena, making it obvious that opening act Matt Nathanson wasn’t on everyone’s “must see” list. The lucky fans who did get to see his set weren’t disappointed, though, as Nathanson held his own and kept the audience more than entertained and not too antsy as they awaited the main act. Nathanson’s biggest mistake was offering to sign autographs after the show; then, informing the eager teens in line (via a third party) that a matte souvenir item had to be purchased in order to get it signed. If you need to make more money, don’t piss off the parents who now have to fork over not only cash for the concert tickets, but also more cash for some ridiculously overpriced t-shirt or CD in order to get the guy to put ink to paper. But, I regress.

Clarkson opened the show with “Dark Side”, a track from the new CD, Stronger, appropriately titled, as this songstress has blossomed over the years. Sure, her hips have widened, but so have her pipes and her vocal range. There isn’t much this girl can’t sing, and she proved it last night with covers of Florence and the Machine’s “Heavy in Your Arms”, giving a fantastic band like Florence a run for their money. Clarkson also stuck to fan favorites, singing “Behind These Hazel Eyes”. “Because of You” and even the old-school “Miss Independent”, and belting out an acoustic (and better than the original!) rendition of “Never Again”.

The show had few costume changes and almost no musical breaks, proving this girl’s true talent. Clarkson sticks to her true self as a performer, focusing mainly on the music, which won her the fame and fortune in the first place. There were no high heels, no major set changes, just the cute girl-next-door outfits with a bit of sparkle to match her red glow of a mic. She joked with the audience, poking fun at herself when, at one point, an audience member squealed in delight about a song she announced, and Clarkson retorted: “Oh, you liked my My December record? You might be the only one!”

Throughout the concert, Clarkson informed the audience that she has a boyfriend (who was apparently in the audience), that she loves performing her album-inspired title track “Stronger” so much that she listens to it while working out, and that she recently became involved with the House of Hope orphanage in Cape Town, South Africa. In fact, Clarkson performed a song that she wrote after visiting the orphanage and being inspired by those kids, sharing footage of her visit as she sang. She closed with “My Life Would Suck Without You”, truly selling the idea that her fans’ lives would suck without her, or, at least, without her music.