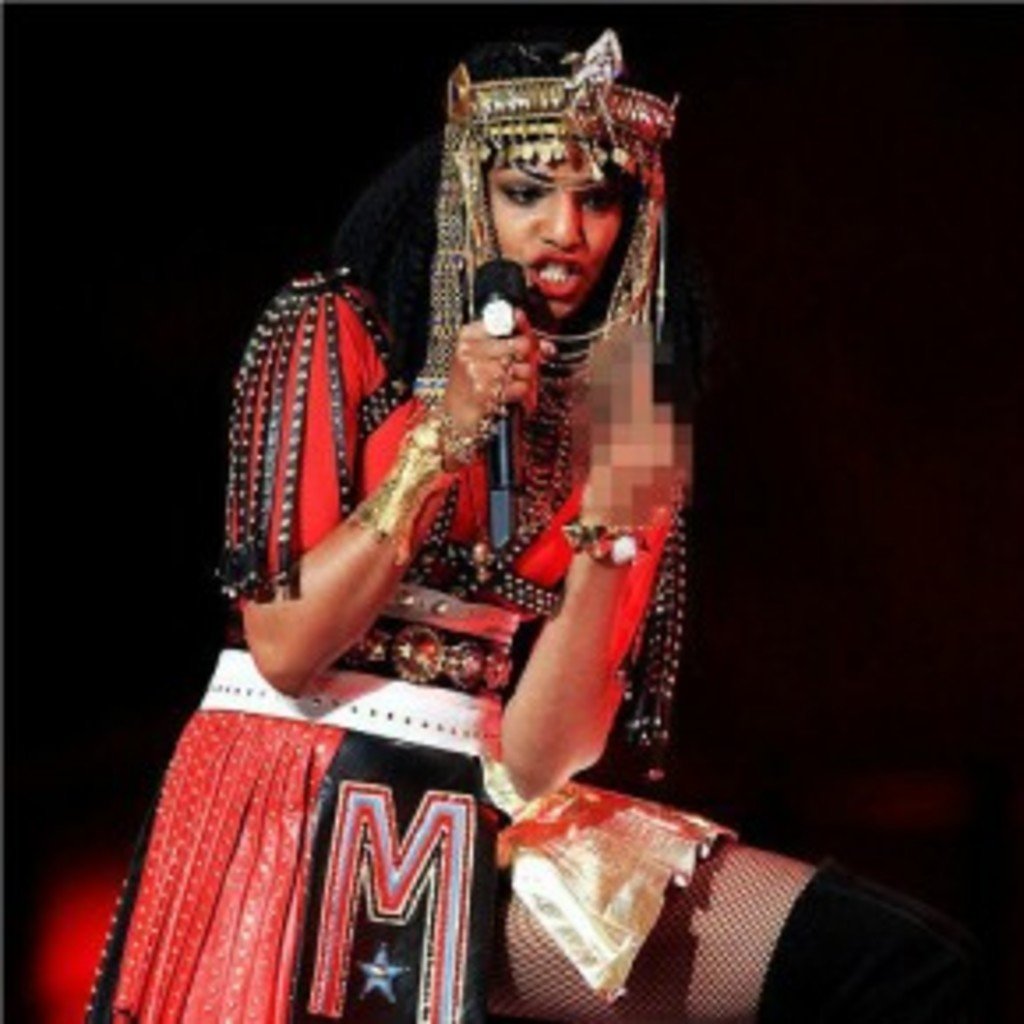 Music and controversy are inseparable. Still, television has been in denial of that fact ever since Elvis first gyrated his impure thought-generating pelvis just below the camera’s view. From Jim Morrison to Johnny Cash, from Nirvana to Madonna, rock and pop stars have always done as they pleased—an intrinsic part of their ginormous appeal. Hell, the Queen of Pop erected half her empire on the shoulders of controversy, from singing about misplacing her cherry to spearing Britney with her tongue. The NFL must have serious dementia if they expected anything else out of Madge’s camp. Alas, it was a hired hand who did the deeply offending deed. Sri Lankan emcee M.I.A., herself no stranger to trouble-making, simultaneously upstaged her MILF boss and outwitted NBC censors last night, rebelliously hoisting her middle finger and dropping an s-bomb at the tail end of her “Give Me All Your Luvin’” guest spit. Virgin eyeballs were hurriedly covered, but it was too little too late. The irreparable damage had already been done. The end of the world is apparently nigh. C’est la vie.

If there’s anything more predictable than the fact that something controversial happened, it’s that all artists involved will move more units as a result. For future reference, the easily offended should probably steer clear of live television. If we’ve learned anything from Janet’s mammary, it’s that live TV—by definition—is unpredictable.