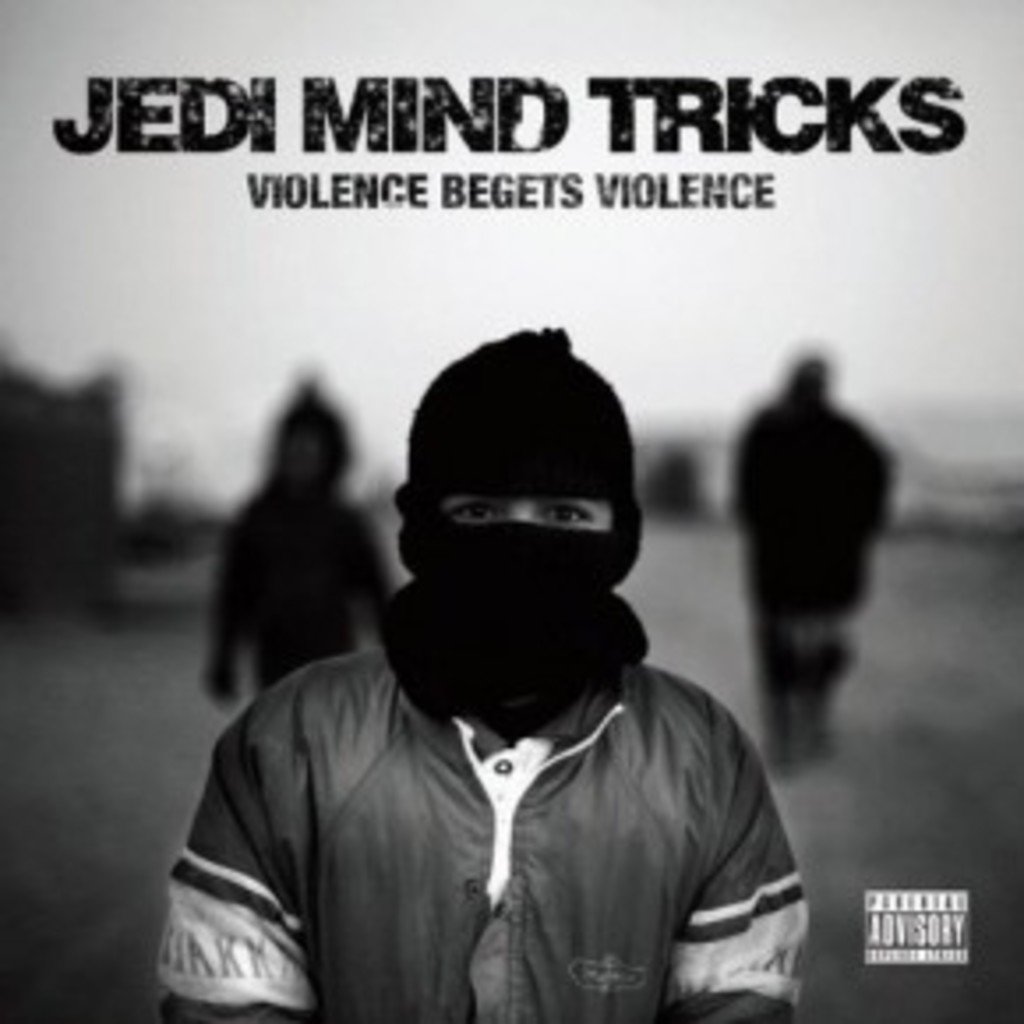 Jedi Mind Tricks are coming to The Fox in Boulder on January 21st.

In fifteen years much has changed with Jedi Mind Tricks, but with the release of Violence Begets Violence it’s obvious that the vitriol is still there. While The Psycho-Social and Violence Begets Violence hint at being the same group, the increasingly gritty, raw, and opinionated demeanor leave a huge schism between the young group from 1997 and the east coast veterans today.

You’d be hard pressed to find a more metal group in the hip hop world. With lines and themes that meld the two universes so well (“You’re arguing over who the best, but it’s me though/I’m arguing over who the best Ozzy or Dio” and “Anton LaVey is like a god to me”), the continuing theme of ominous production (of which Stoupe, The Enemy of Mankind is no longer a part as of 2011), and images that could come straight off an Iron Maiden album cover (“immortals like vampires setting fires in the caverns of the unholy”) it’s no wonder they’ve been lauded for their particularly intense and surprising live shows.

Here’s a cut off 2011’s Violence Begets Violence, “When Crows Descend Upon You.”