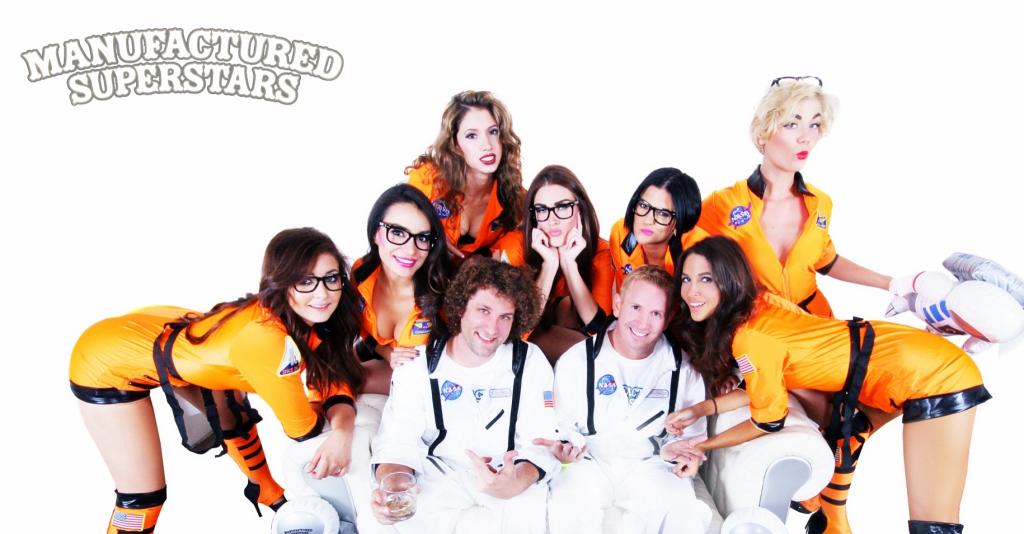 The camera opens on what appears to be an “astronaughty” slumber party. Hotties in orange spacesuits gradually begin to stir and propel themselves toward the walk of shame. The naughtiest one pulls a pair of salmon panties from her pocket and dangles them near the nostrils of a curly-haired man passed out on a life-sized teddy bear. Black-rimmed glasses magically appear on the man’s face as he gets up to toss a flute at someone spooning a disco ball nearby. Ball spooner stumbles to the john for a reality check. In the process, he awakens a lingerie-clad brunette in a plastic lion mask.

Dance music superstar Tiesto once flew Brad Roulier down to South America for dinner—surrounded by armed guards. In that particular instance, the guards may have been there primarily to protect the Dutch DJ, but Roulier is a valuable and powerful man in his own right. Of all the pots he’s got his fingers in, Mile High clubbers are probably most familiar with Beta, the award-hoarding watering hole at 19th and Blake. Beta’s not your everyday nightclub. It finally claimed the top North American spot in DJ Magazine’s worldwide club poll earlier this year. Roulier is also a founding partner in Beatport.com, Earth’s largest dedicated dance music retailer—and a serious clout-wielding global brand.

Then there’s Manufactured Superstars, the party-rocking, lady-pleasing duo conceived with former Beatport cohort Shawn Sabo (Sabo retired from his VP of Marketing position). “Take Me Over,” an original house music tune featuring the irresistibly catchy pipes of Scarlett Quinn, dropped on Magik Muzik in May (the music video’s opening sequence is described above). Sirius XM Satellite Radio has been giving the track serious airplay on their BPM Channel. Canadians apparently can’t get enough of the promo clip (below). Another advance single from their recently released EP Freak on You dropped in October. Spoken word vocals penned and performed by onetime Denver denizen Lea Luna, “Drunk Text” is a minimal techno cut about the dangers of, you guessed it, inebriated messaging.

“The track was inspired by Peace Division’s ‘Blacklight Sleaze,’” explains Roulier. “As commercial as we are, we still like to rage at four in the morning. And we don’t want to listen to commercial house, we like techno and tech-house. Seth Troxler, Troy Pierce, we’re just as much in love with that music.”

The two’s musical tastes certainly share a lot of common ground. Appearances are another story. Sabo is the teddy bear flattener described above, the brown-haired Hungarian with the white man curls. Roulier is of French origin, fair-skinned with a short blonde coif. And outside of performances, they dress differently as well, Sabo a little more hipster and Roulier more hip hop. Inspired by their onetime Planet Perfecto residency in Vegas, not to mention Denver’s annual Skylab massive (currently co-produced by Roulier and Triad Dragons), Manufactured’s now signature NASA uniforms united the odd couple visually.

“It really brought us together onstage. They’re comfortable and have tons of pockets. No one else really does it. People really remember it.”

As seen in the December print issue of 303 Magazine.

George Peele enjoys strapping on height enhancers and aurally ambushing strangers. He is Music Features Editor for 303’s print edition. Look for him in the February issue of 5280 Magazine. Follow him on Twitter: @Orangepeelmoses. Avatar image courtesy Jonathan Shoup.