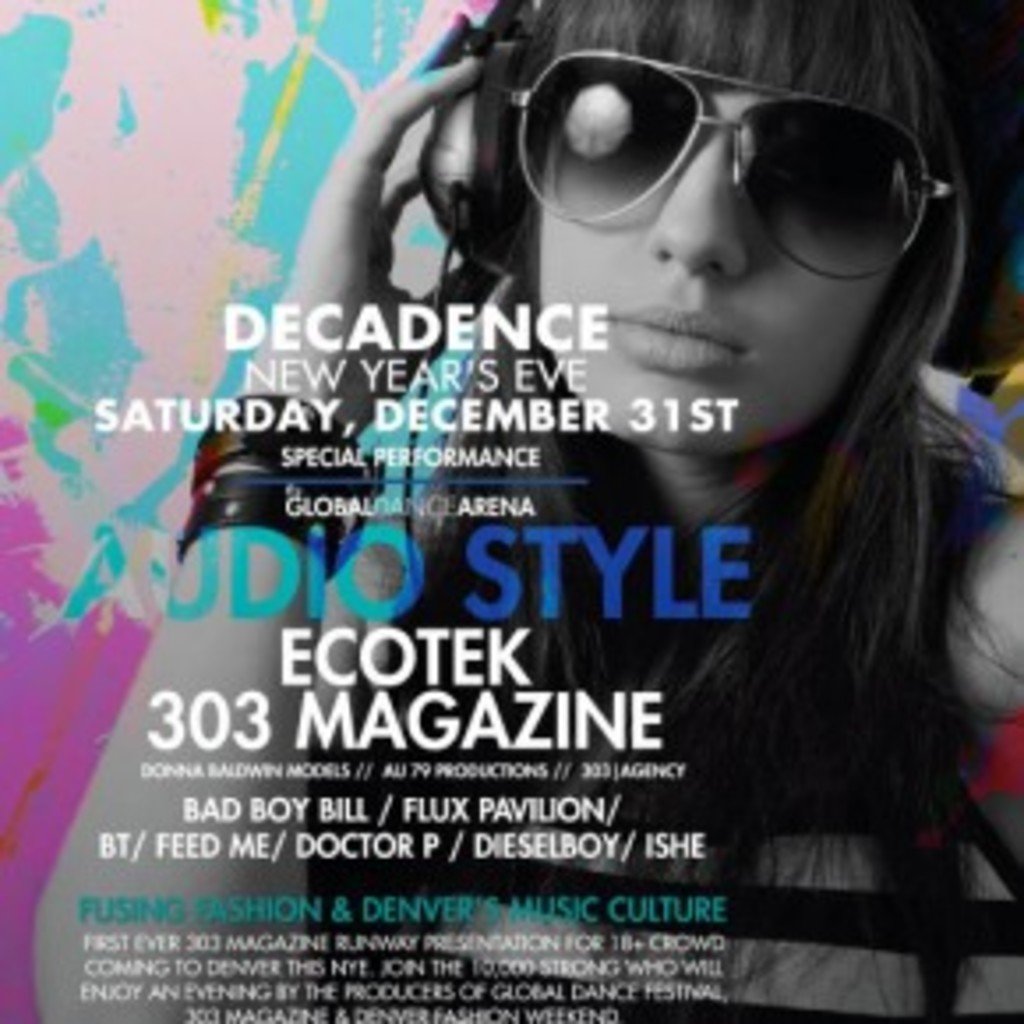 We’re all anxiously awaiting the start of 2012, and, with it, a New Year’s Eve party like no other. Thankfully, there’s Decadence – a massive party devised by promoters Global Dance Music and Sub.Mission dubstep – that kicks off at 7 pm at the Colorado Convention Center downtown. Of course, there will be all of the things you would expect (music, dancing, a countdown to midnight and kissing galore), but with the added excitement of a 303 Magazine fashion show. The runway presentation, dubbed Audio Style, takes place during DJ Ecotek’s 10 pm set in the Global Dance arena. Autumn Binion of Au79 Productions is providing choreography during the show, and we spoke with her to get the scoop on what to expect.

“We are not doing a typical runway show,” Binion says. “Denver’s music culture is so diverse, however, this particular event is geared toward dance music. We have collaborated with DJ Ecotek – a local DJ who has been a part of the dance music culture in Colorado for a long time – and we are bringing his song to a visual interpretation using models and props.”

The overall theme of the show is inspired by DJ Ecotek’s music, and, as such, will focus on a mod 1960s vision of the future. “A lot of dance music has a futuristic sound, but I didn’t want the typical generic space suits and glow sticks that would normally be associated with a dance party,” Binion says. “So, I thought of doing a more high-fashion version based off of the movie Barbarella and the general vision of the future from the 60s.”

Of course, it’s all about the styling in order to bring this theme to life. Models from 303 Magazine’s favorite modeling agency, Donna Baldwin, will be flaunting fashions on the catwalk from American Apparel and The Crypt, hair styles by Juno Salon, and makeup by Lillian Marsh of FireLily Concepts and Abella Michelle Bala of XXHEART.

In addition to music by DJ Ecotek, partygoers also can look forward to talent such as Circus Records’ Flux Pavilion, Funtcase and Cookie Monsta, plus Dieselboy, Bad Boy Bill, Feed Me and BT. Other local talent includes Ishe, Fury, Jontron, Joman, and Dirt Monkey. “I am very excited about the dance music scene collaboration with the Denver fashion industry,” Binion says. “Enjoy the show.”