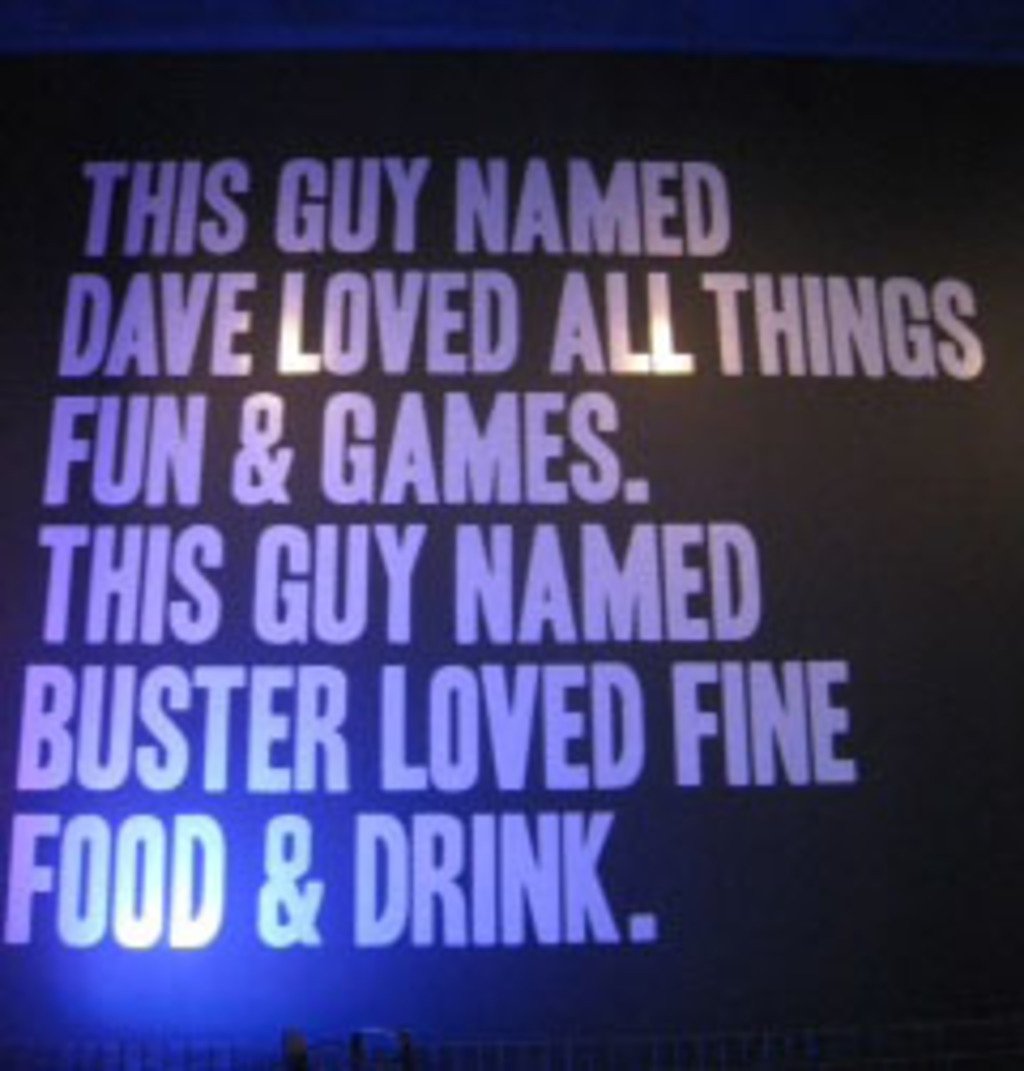 Okay, so it’s not necessarily local fashion, but Dave and Buster’s is sporting a new style profile with modern interior design elements, two new menus and games that can’t be found anywhere else. The Denver location (at 2000 S. Colorado Blvd.) recently reopened to the public after a major renovation, and, once the concept is tested and evaluated here, it will potentially roll out to the rest of the nation.

As part of the renovation, Dave and Buster’s now offers multiple updated zones for dining and entertainment. D&B Sports is the largest addition to the renovated space, with 13-foot “dream screens” perfect for watching the big game. The space also features comfortable leather seating, stadium lights, astro-turf touches and basketball court graphics. One thing’s for sure – I see a group of friends posted up here with appetizers and a few buckets of beer for Super Bowl XLVI on Feb. 5.

EAT at Buster’s is the revamped dining room where each oversized red booth becomes a private party. The clever wine and locally sourced drink list further adds to the casual, fun and vibrant space. Meanwhile, the new

bar area has transitioned from the wood and brass “Cheers” ambiance to a snazzy new space with a red and gray color scheme that’s designed for a young-adult audience. Another plus? Management is keeping Dave and Buster’s kid-friendly during the day, but it’s 21 and up after 10 p.m. There also will be a DJ spinning house mixes on Thursday, Friday and Saturday nights.

Of course, the entertainment areas also have been improved with modern touches that bring the venue into 2012 and beyond. Dave’s Arcade is a mix of arcade and club bar with edgy décor, neon lighting and an ultra-cool vibe. This is the spot to hang with friends while sipping cocktails and playing new games (like Pac-Man Battle Royale on a big screen). Even better, those little tickets that spit out of the games are now worth a whole lot more. The new Swag area features up-to-date prizes like yoga mats and Burton snowboards.

play classic games, head over to the Rec Room with its foosball and ping-pong tables. The wood paneling, soft leather couches and pops of retro color make this the place for laid-back entertainment. The indie party vibe continues with a beer tub full of classic brews (think PBR and Old Style) and roaming trays of themed shots.

There’s also a theater room with a high-def projection screen where guests can play Xbox, watch the game or even have a Sex and the City chic-flick party. Or, if karaoke is on tap, head over the FUNction Rooms that feature state-of-the-art audio/visual and lighting systems, modular furniture and a mobile bar.

The best part – for me anyway – is the new menu items. Be sure to try the Lawnmower Salad (there’s plenty to share with friends), followed by the Buster’s South Philly Cheesesteak Burger and, to top it all off, finish with the Holy Donuts. Sure, it may not be the Dave and Buster’s you’ve grown up with, but it’s even better than before.