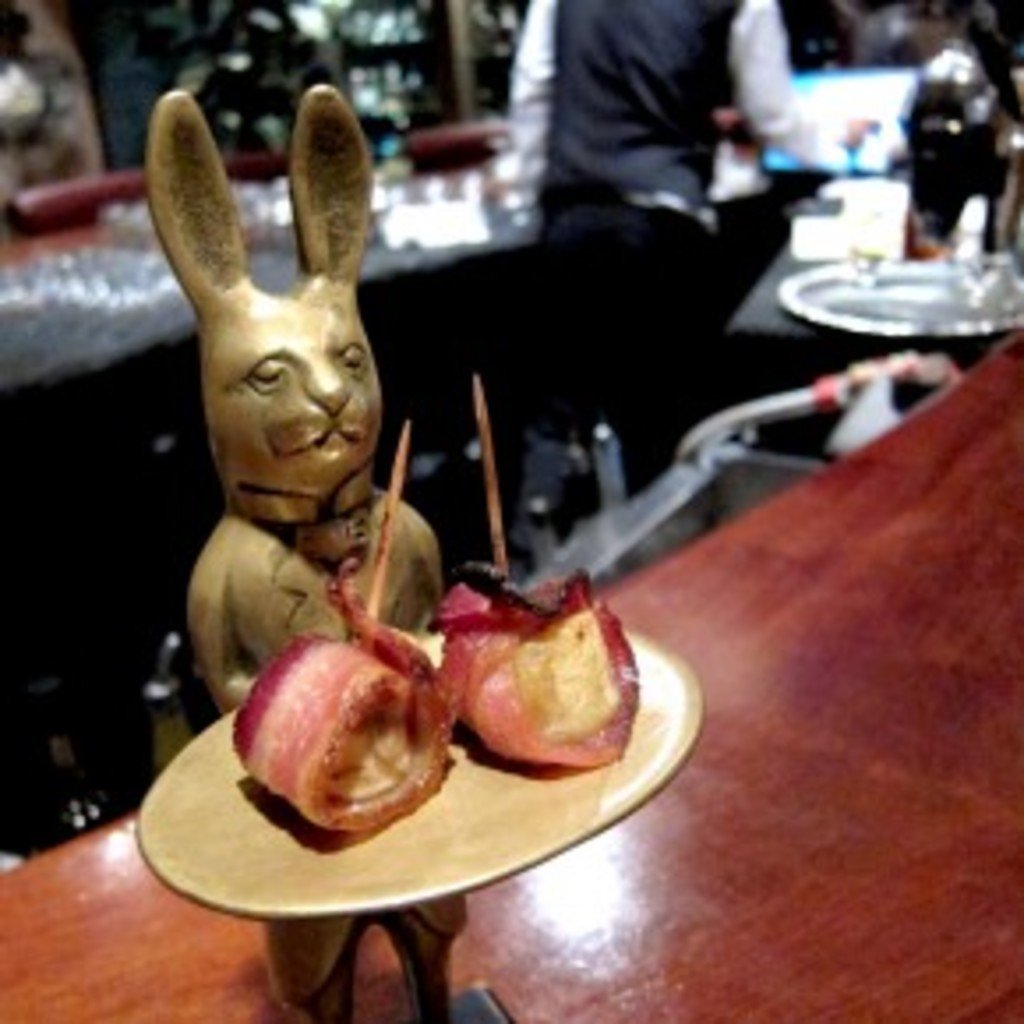 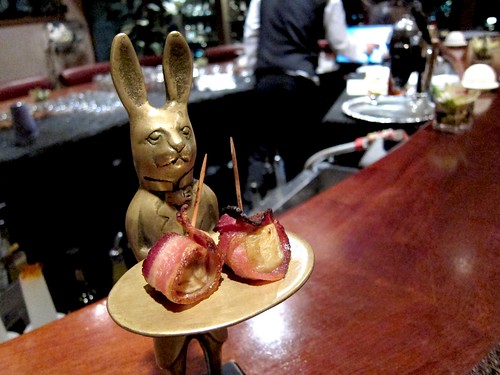 Curious as to what, exactly, had earned this place all of these accolades, I was glad to accept Flagstaff House’s welcome to see exactly what the place offers. The drive from Denver to their location in Boulder was lovely, especially as we got close and found ourselves driving right up to the base of Flagstaff Mountain, its dark, craggy peak rising before us. Once inside, my friend and I sat ourselves at the bar, taking in a sparkling, nighttime view of Boulder through the floor-to-ceiling picture windows. And after ordering a drink, we found ourselves greeted by the whimsical fellow above, who was bearing banana chunks wrapped in house-smoked bacon, with tuna rillettes on toast at his feet. 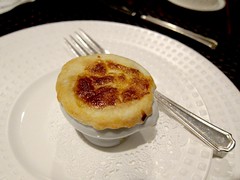 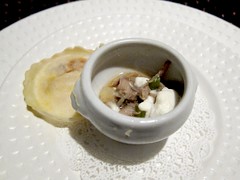 These small, special touches were present all throughout the meal, from the brilliant wireless wine list system, to the amuse of duck confit ragu capped with a lid of flaky dough, to the bread service, which included—among usual suspects like slices of French baguette—kalamata olive bread, a sweet brioche roll swirled with cinnamon and chopped walnuts and seed-speckled dinner rolls that called to mind everything bagels. 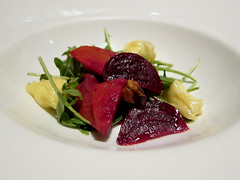 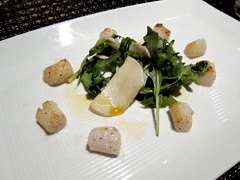 Starters were prepared and presented with no less care: we sampled roasted wedges of locally grown beets paired with arugula, pistachios and agnolotti stuffed with Haystack Mountain goat cheese, as well as a salad of arugula, shaved fennel, fresh Hawaiian heart of palm and tender Nantucket Bay scallops in a bright, peppery dressing. 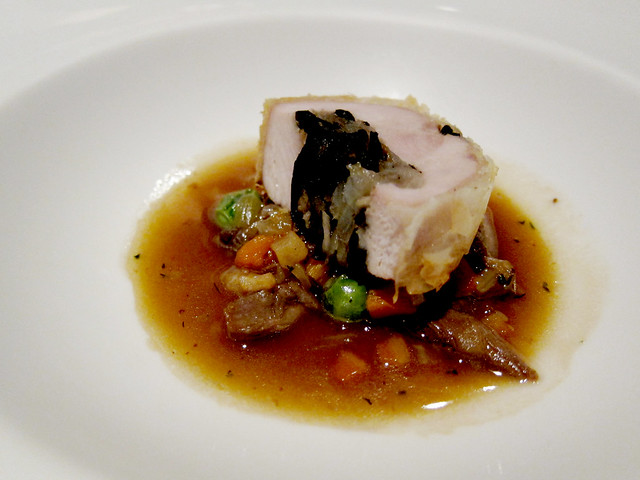 Pheasant, wrapped with crisp phyllo dough and surrounding a core of black trumpet mushrooms, sat atop a bed of pheasant confit, calling to mind “Peking duck, three ways,” but with a different bird. 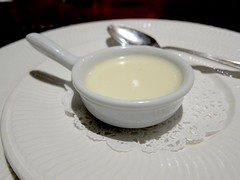 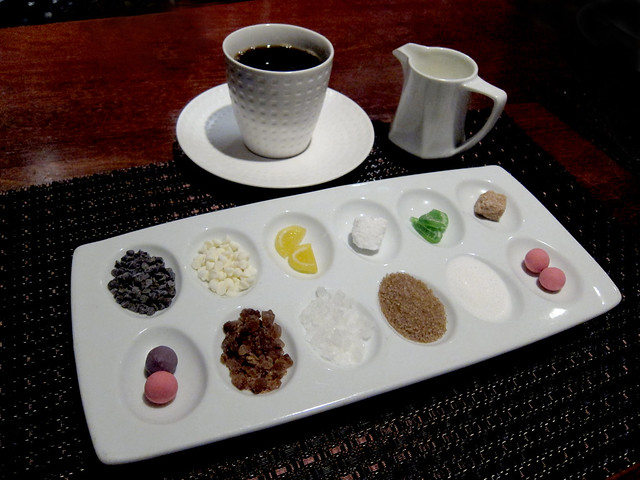 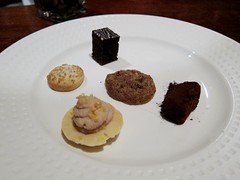 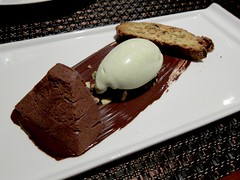 Even those who don’t care for dessert will be won over by Flagstaff House’s farewell parade of sweets. In addition to our “official” dessert—a rich chocolate marquise, a quenelle of pistachio ice cream and a housemade slice of pistachio-studded biscotti—out came a small dish of silky eggnog panna cotta, a plate of various petit fours, and, along with our coffee, a tray of assorted sugars, mints and candies. And if that weren’t enough, as a final parting gift, the staff pressed a small loaf of cranberry walnut bread into our hands, “for breakfast.”

Since their opening, the awards and accolades showered upon Flagstaff House have attested to the restaurant’s fine menu, service, and atmosphere, and now I understand why. This is a place where a meal feels like an occasion—where dining, truly, is special.