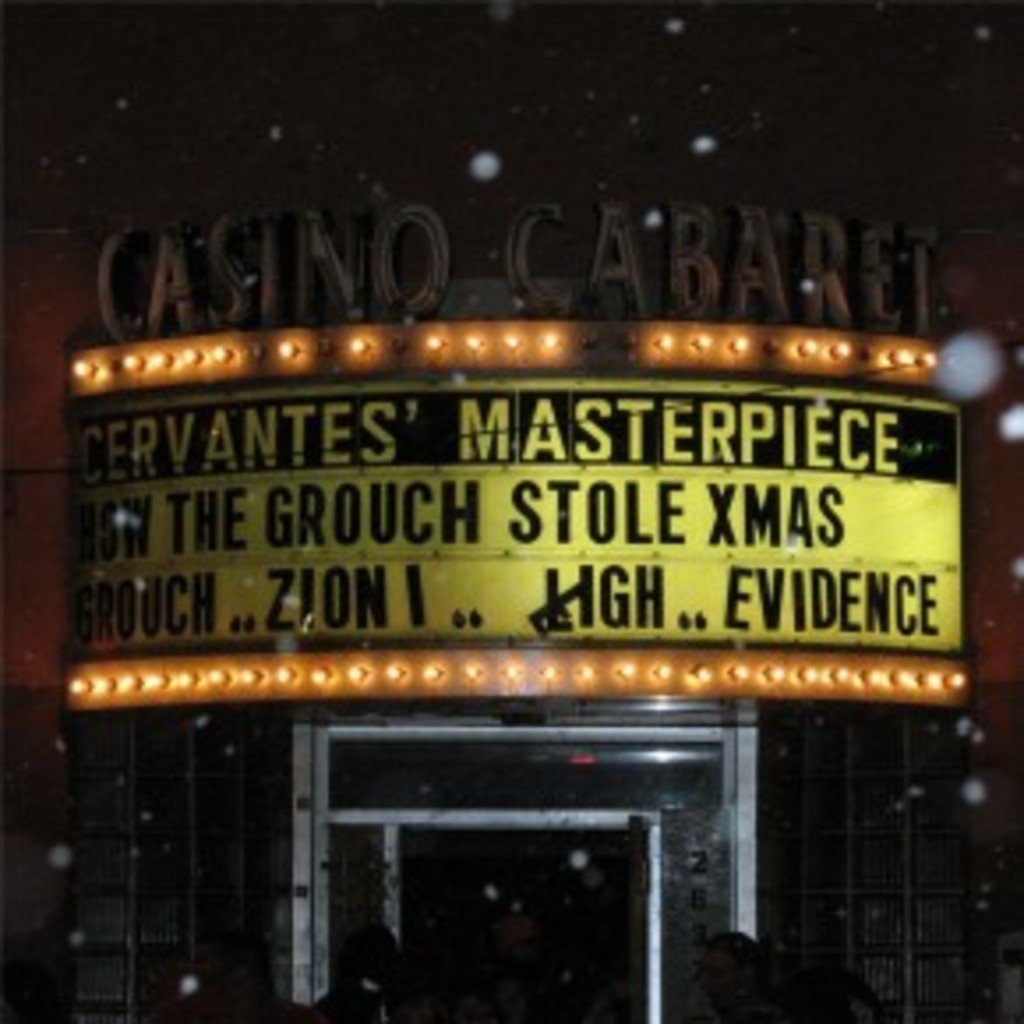 Backspin: How The Grouch Stole Christmas 2011

Honestly, I could feasibly have this entire review be one sentence: “How The Grouch stole Christmas 2011 happened the other night”. For anyone that knows any of these artists, that’s enough of a description to know it was fierce.

1) I’m going to write this review for people not familiar with them.

2) I’m pretty sure my articles have to be more than one sentence.

The crowd was first treated to Prime Element (formerly 3 The Hardway). Even before they got together, they were making waves on the national stage. Together, they’re a force. The three are products of the traditional, technical side of the culture, allowing every aspect of the group to shine with Cysko Rokwel’s cuts, drop-outs to punctuate Avius’ lines, and letting Es Nine’s beats roll.

You could feel the tension before Evidence took the stage and hear the roar when the Dilated Peoples emcee dropped on the stage with “It Wasn’t Me”. Ev touched on every era of his work, even his mixtape work (“Frame of Mind” being a personal highlight of mine). Watching how easily he commanded the crowd, had everyone spitting his verses back to him, and ate Alchemist and DJ Premier beats, it’s easy to see the je ne sais quoi that should make him a multi-platinum artist. Why he’s not, I’ll never understand.

Zumbi and The Grouch

I figured the next act would be Eligh, or Zion I. Apparently I was mistaken when I saw the poster because Amplive, DJ Fresh, and Zumbi took the stage. A song or two in and Eligh joined them. Shortly after, The Grouch made his way to the stage with “Artsy”.

With somewhere around sixty albums between the three, there was no way of knowing what they were going to do next. Would it be late ‘90’s fare or more recent? Would it be a G&E collabo, or Zion I? Would we hear some Fresh cuts? Amp adding some spices to the soup? The unpredictability of the set didn’t detract from the energy and flow of the performance. It enhanced the entire event. When one emcee is headlining, it’s usually easy to figure out the distribution of content in the set. When it’s three emcees, a DJ, and a producer, it’s impossible.

My favorite performances of the night came from this set, actually. Early on, Eligh spit over “Look At Me Now” (which seems to be popular lately). Now, Eligh can spit fast to begin with, but he was unstoppable. I haven’t seen someone that on fire without kerosene and a match. Later, though, there was an incredible sonic display between DJ Fresh and Amplive. The scratch style and the futuristic beats were not to be missed. They moved back and forth, juggling more than beats, but each others’ melodies and percussion then let each instrumentalist take center stage, with Fresh working turntable tricks and Amplive working a plethora of modified sounds and a drum machine keytar.

Essentially, The Grouch and company stole Christmas, took the coal from your stockings, and turned it to diamonds.

The Grouch giving gifts to the Whos in Whoville