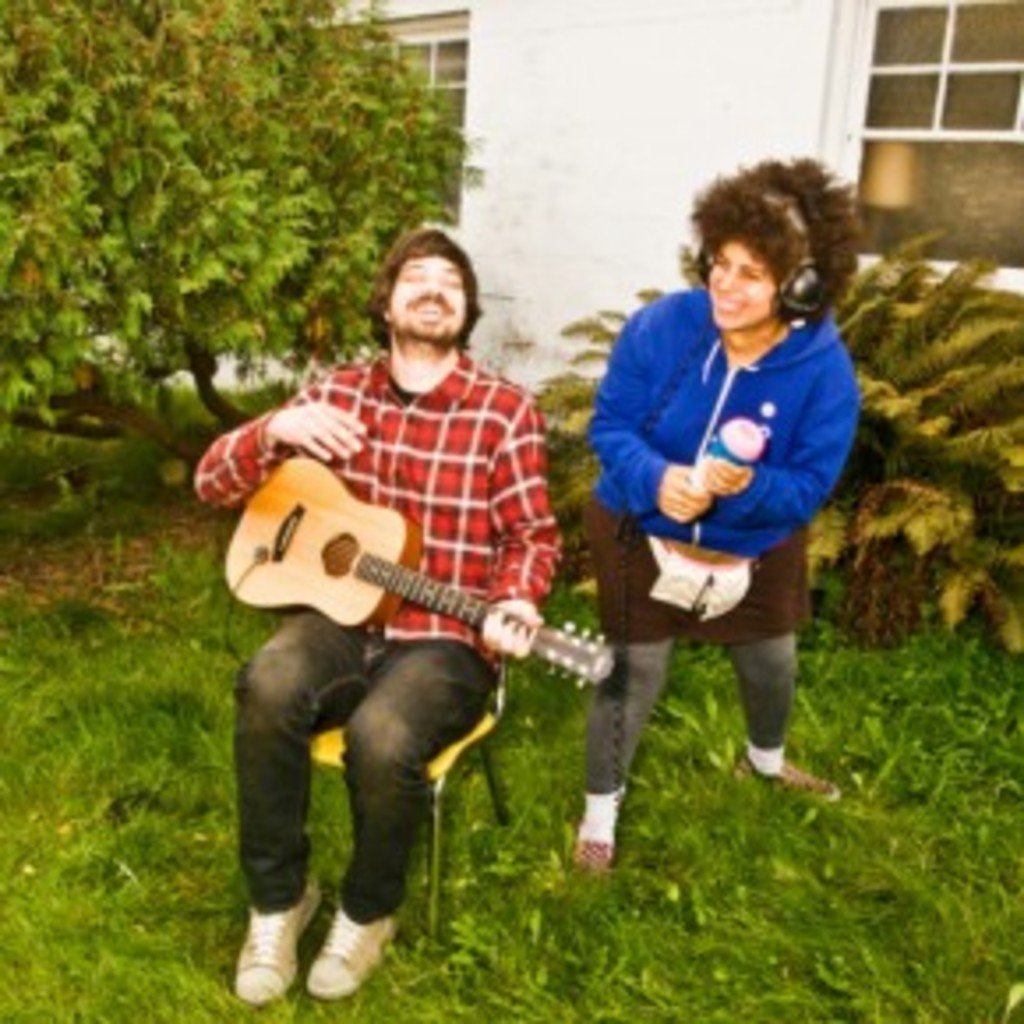 To those of us who remember the beginning of a decade where TRL, Fred Durst and Pepsi Twist were some of the most popular things, you may also recall the genesis of New York anti-folk band Moldy Peaches. Maybe not, too. The purposefully makeshift recordings and simple, yet charming songs never made it onto MTV and didn’t stand a chance joining any pop culture list, that is until a little movie called Juno featured their tune, “Anyone Else But You,” nearly ten years later. Peaches founding member Dawson has been enjoying a steady solo career since–releasing lo-fi albums and extensively touring. Dawson’s music toes the line between silly and sincere (much like our own Danielle Ate The Sandwich) with songs like “Alphabutt” and “I’m Sorry That Sometimes I’m Mean.” There is even a video of her singing a new tune to a bunch of chickens. But her candor and diverse experience are what make her wistful acoustic sets quite moving and less jokey. You begin to get the feeling that she knows way more about the anatomy of love and loss than she lets on.

Recently, Kimya hooked up with Aesop Rock on a new music project that some have already dubbed, ‘folk-hop.’ The seemingly strange pairing actually makes sense, bringing out a sad and brilliant strength in both performers, who are kind of the anti-heroes of their respective genres. As is the case for most artists who do similarly odd collaborations, it was a much needed blast of fresh air which has allowed the best parts of KD and AR to shine in ways that may have been taken for granted before. This show promises a buffet of honest, experimental and challenging moments, all crafted into disarming melodies by performers who are surely in control of their art.