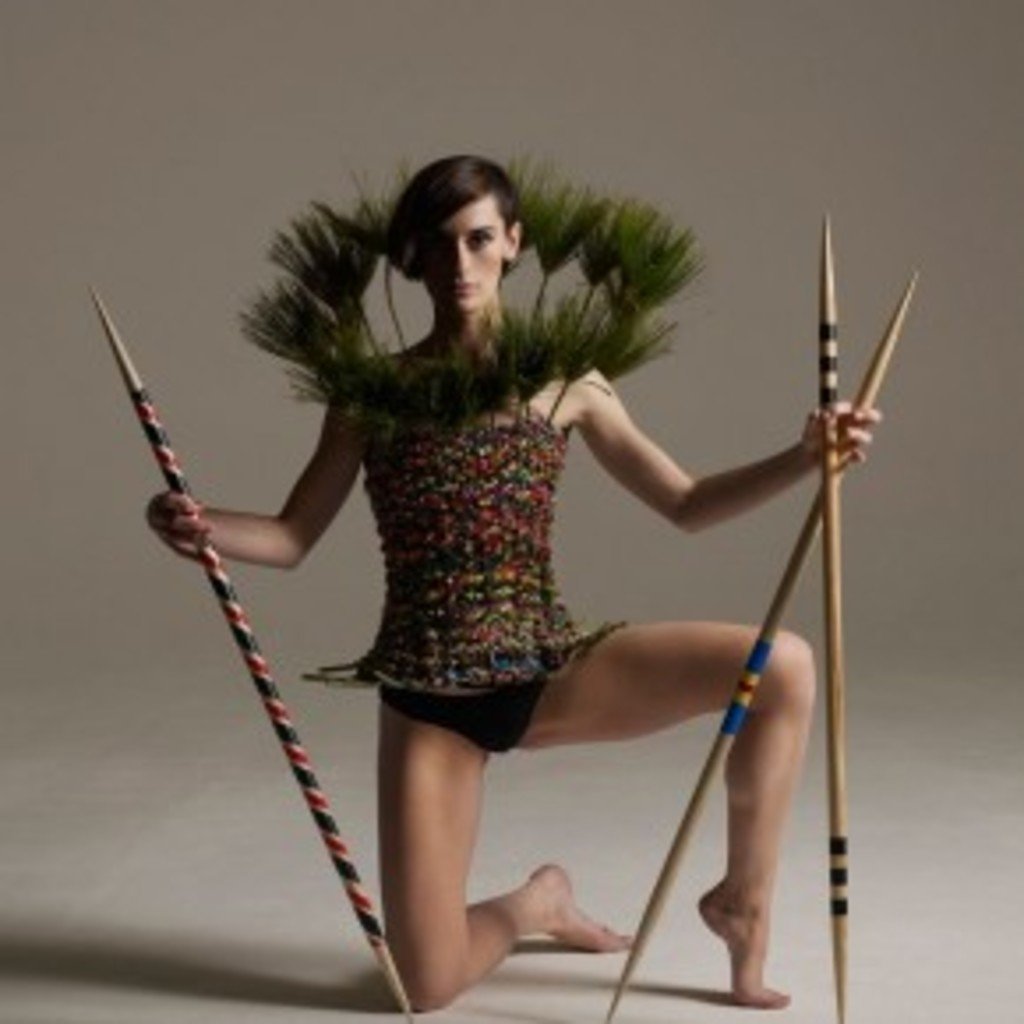 Pop is a dirty word in certain circles, especially in reference to music. The lazy genre label–which actually implies sales more than actual style–conjures inescapable earworms manufactured by record execs (and puppeteered by brainless, Auto-tuned blondes), not original compositions authored by independent, free-thinking artists. French electro-pop band Yelle is not the product of a boardroom. Yelle, originally an acronym for You Enjoy Life, was earning raves and making waves on Myspazz long before entertaining potential distribution assistance from German indie imprint Source. Mile High clubbers got a taste of their aural medicine last night at Colfax institution The Bluebird. Girl–front woman and namesake–sure knows how to make an entrance, cooing her entire first number dressed like a bush. Paying someone to sing to you in a language you can’t understand is a curious phenomenon, but patrons didn’t seem to mind in the slightest, happy at the sight of her writhing around in a skin-tight spotted leotard. The lanky chanteuse was backed by synths on one side, and skins on the other. All three even occasionally drummed in unison for dramatic effect.

It’s not a guilty pleasure if it’s foreign, right? That’s what I keep telling myself.