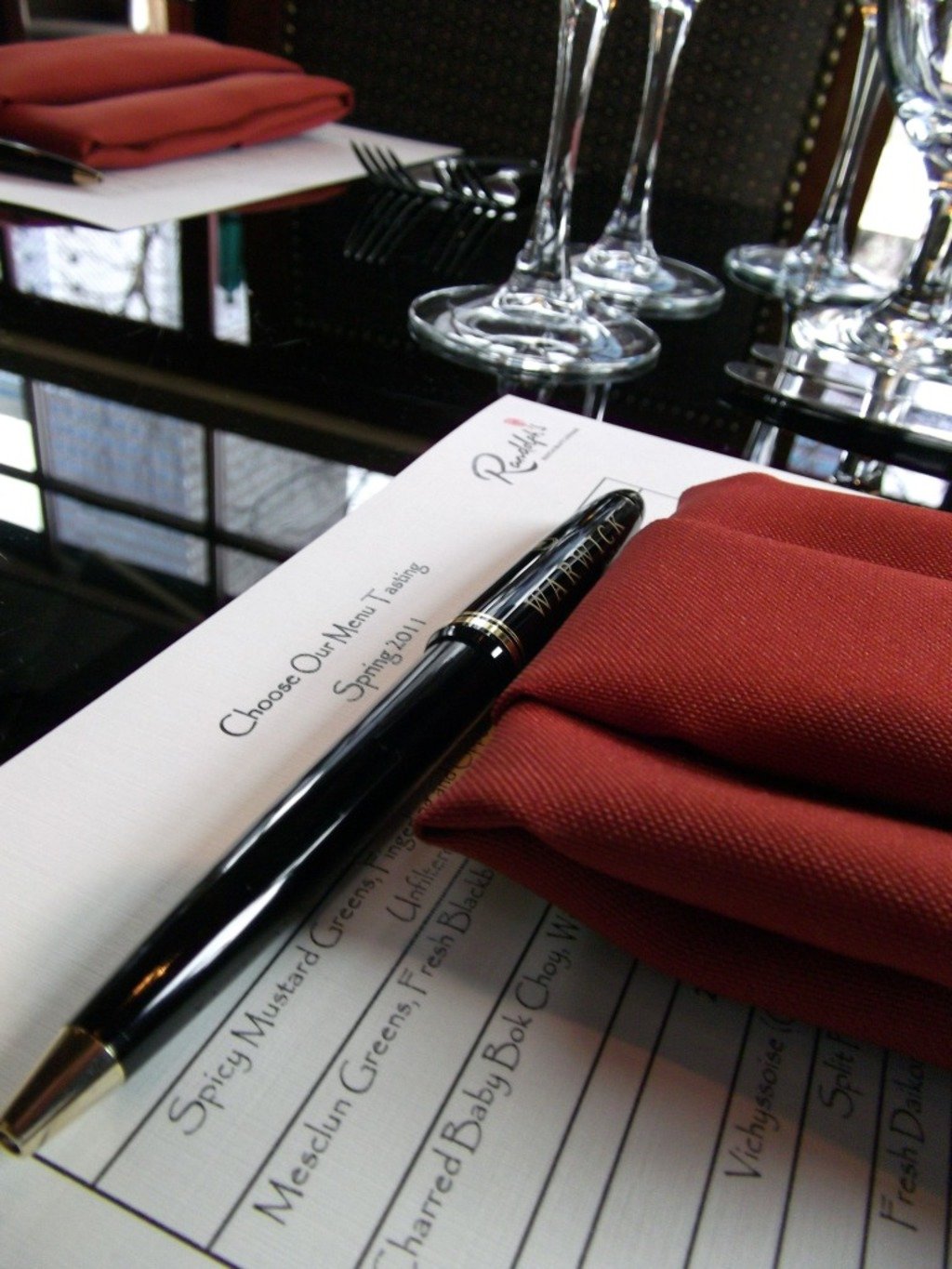 It isn’t the first time Randolph‘s left the deciding to the people. On April 7, Warwick Denver Hotel’s restaurant–Randolph’s–hosted a tasting event where guests sampled 21 items in order to narrow it down to what the next menu will hold. This gives thought to food in a way that culinary experts might find grotesque, but people in the business of making their guests genuinely happy would probably coin as genius.

Here’s the thing–at 303 we would don’t hold public discussions to decide what the most pleasing fashion spreads would look like to our readers. With the collective experience at the magazine, we consider ourselves to be experts on the matter, hoping to help shape your decisions and views (not the other way around). Please don’t find that off-putting. We invite discussion on what we’re doing, and we invite people to collaborate and participate. After all, the magazine is truly for the public. Maybe the Warwick is onto something that the rest of us are too blind to see. Then again, food is a whole different animal than fashion.

Dining out is even a bit separate from food. The whole experience–being served after choosing from multiple options, the presentation, the ambiance and the not having to clean up after. Most people eat the food and decide if they like it, emotionally. They don’t pick up on the subtle complexities of flavors or that a food trend has arrived on their plate. They just want something that hits the spot. Maybe that’s why at 303, we leave the decisions to the creative team and let you be the judge, whereas Randolph’s wants to make sure when they pen their menu, the judges are already happy.

The winners are out, and here’s what 303 thought of  a few of the dishes that will be seen in the coming weeks on Randolph’s menu. To experience all of the winners, you know where to go.

Appetizer: Bacon makes everything better, even seafood. The PEI mussels come hot in the shells and sit in a chardonnay and Roquefort cream sauce with flecks of bacon. They are exceptional and should be considered mandatory when eating at the Warwick.

Vichyssoise (chilled potato and leek soup): Who says soup has to be hot? Its name is French, but it was invented in New York City. Ironically, the chef who makes it at the Warwick is actually French. Chew on that. Anyway, this creamy potato leek delight is served chilled and is the perfect starter to any meal, and come this summer, it just might be the best thing to order alongside a liquid refreshment.

Barramundi: This Asian seabass is a favorite of our Aussie brethren, and whether it’s a particularly easy fish to cook or the chef’s well-versed (a properly cooked fish in America is a rare treat, let’s be honest), it’s buttery flesh is cooked just right at the Warwick. Pepper rubbed and served atop a flavorful parmesan caper risotto with blistered asparagus, it’s satisfying and a superb choice for anyone who is tired of pork or beef.

Despite the reviews already being in, you’ll have to be the judge yourself.