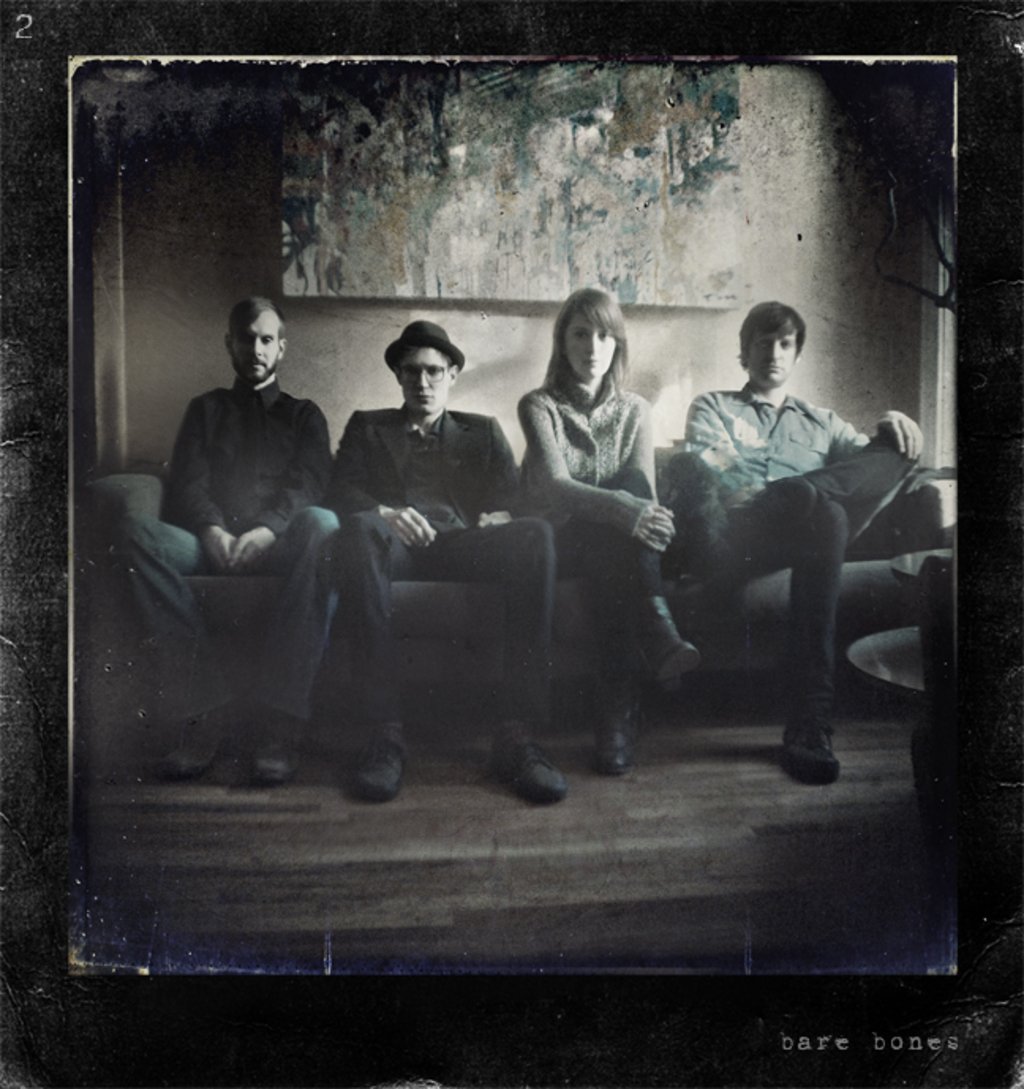 Oscar Wilde once observed that, ‘Life imitates Art far more than Art imitates Life’, but for Denver alt-country newbies, BARE BONES, the saying has evolved, and bears a new meaning altogether. Guitarist/singer Blake Brown and violinist Frieda Stalheim actually gathered around the idea of playing together during art museum after-hours (at which they both work). Does that mean, now, that art imitates the influence of life at the art museum? Who knows. But early examples of the haunting and romantic music the band conjures is something more internal, requiring more listening than speaking.

Brown and Stalheim (along with bassist James Yardley of Snake Rattle Rattle Snake and drummer Ben Desoto of Nathaniel Rateliff and the Wheel) separate themselves from dozens of genre-sharing outfits by laying the bareness to the bones of heartache–their strength, namesake and the corporeal body of the work. And although newly realized, Bare Bones’ collective and experienced talents make them less prone to unfocused ramblings. They know exactly who they are and what they want to sound like. That’s refreshing. Blake’s syrup and whiskey vocals hover above the druggy echos of Frieda’s fiddle, bringing to mind less human comparisons, and breaching sounds more akin to something supernatural.

Catch them tonight at The Larimer Lounge with the incredible SMITH WESTERNS.