Calling Slow Motion Sickness a “project” — while technically true — feels like a serious understatement. Lifelong friends turned musical partners CJ Kjolhede and Joe Schramm teamed up in 2016, enlisting bassist Michael Raymond along the way. A couple of years later, the vision for a sprawling, ambitious album began. The meticulous effort The Patient Zeros put into shaping their long-awaited album began in 2018, nearly four years ago, and finally arrived in on July 1. The trio scales rock sub-genres, themes and tempos, wrapping it all into an airtight, sublime album that is entirely worth the wait.

Slow Motion Sickness opens with a “closer” of sorts. The slow, chilling chord progression at the beginning of “Summer’s Over” slips the eardrums into a hypnotic rhythm. For a brief moment, the percussion ceases to allow for pleading vocals. Still, just as quickly as it stops, Kjolhede and Schramm jump straight back into a brightness that, on its tail end, fades back into somber rock, allowing for a seamless transition into “Ms. January.” Call the second track whatever you’d like — it’s electro-folk in raw form. 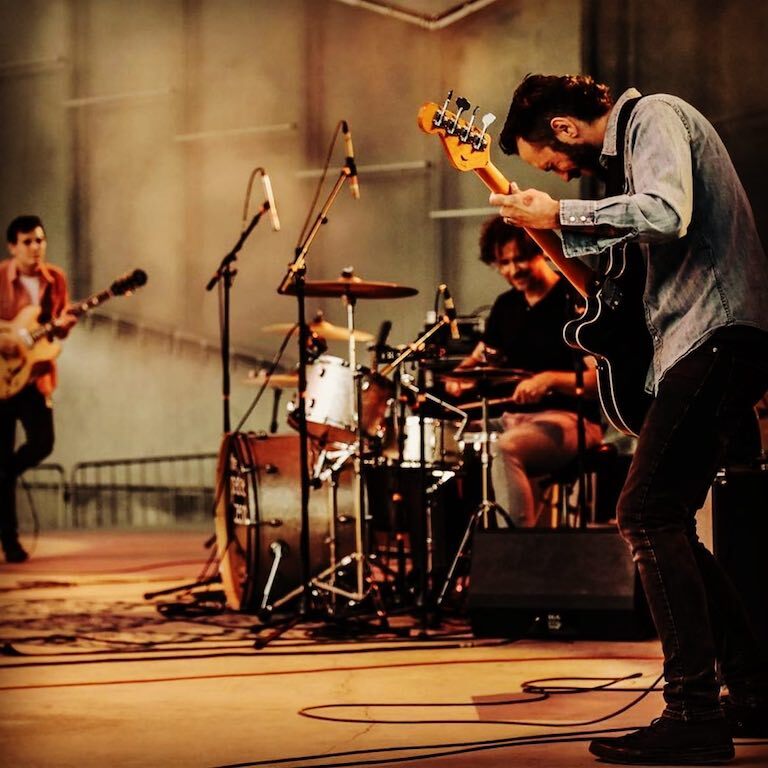 “Vigilante Anne & Vigilante Andy” — the lead single off the project — shows so clearly what the trio is capable of from a storytelling standpoint. They paint pictures of trains in Amsterdam, mixed drinks and a finger-pointing ordeal with two culprits at hand — all delivered with loose lyricism akin to Arctic Monkeys’ Alex Turner. And it would be remiss if the record’s kickass music video wasn’t given some shine.

The uptempo performance continues with “Reckless” — a song that, despite its title, remains calculated. “Pardon me for asking, are you trying to kill me?” is the verbal segue for one of the album’s biggest triumphs. Echoing backup vocals cut two resounding lines in half, and on each bookend, guitar chords cement a musical moment for The Patient Zeros.

“Summer’s Over” sees its companion track bleed into a goosebump-inducing orchestral composition. On the front third, “Summer’s Under” uses two string notes as a pounding backbone; on the middle third, layered melodies burst into the forefront; and on the final third, the trio plays up a beat, capping off Slow Motion Sickness’s truly epic nature.

The penultimate track, “Southern Ghetto Massacre,” possesses some of the album’s best compositional moments such as the subtle horn sections and an impressive guitar solo. “(Again) Here Comes The Sun,” builds up much in the same way as the opener, and when “I can’t believe again, here comes the sun,” is sung, its only fitting that the album starts over — instilling a cyclical feeling of warmth for the (now) joyous listener by a band whose album four years in the making left nothing off the table.

In Case You Missed It (ICYMI) is an ongoing series for 303 Magazine where we talk about the music you may have missed when it initially dropped. Have something you think we missed? Email inquiries for the series to [email protected]