Last time we spoke with newgrass and folk quintet Wood Belly in pre-pandemic 2020, they were on a high. They were in the midst of a celebration over the release of their second full-length album which was commemorated with a release party at the Oriental Theater and a slew of both headlining and supporting tour dates. Two years and what feels like a lifetime later, Wood Belly is back with last month’s release of their third full-length album, Great Big Skies.

Despite 2020 being a slow year for musicians across the board, it was far from a complete loss for Wood Belly. By January of 2020, the band was primed for a great year that “disappeared right before our eyes,” but they were able to play some shows once it got warm enough for outdoor gatherings. 2020 also saw the addition of guitarist and singer Tom Knowlton to the band, a change which banjoist Aaron McCloskey was able to shed some light on. “We spent a lot of time rehearsing and working on new songs with [Knowlton] to find our new sound,” McCloskey said. “He’s a fantastic player and singer, and we’ve all come a long way since he joined the group.”

The restless energy and unsettled creativity of surviving a pandemic are what helped to inspire Great Big Skies. “You just have to keep creating and writing and putting art into the world,” McCloskey said. This third album was also recorded differently than the two preceding it, which were recorded at Fort Collins’ Swingfingers Studios. Packing up the van and hitting the road to Arden, North Carolina, Wood Belly found themselves at Crossroads Studios with producer Jon Weisberger. A “total treat to work with,” Weisberger brought out the best of the band, the music and vocals. “He had some killer ideas and pushed us to execute them,” McCloskey reminisced. 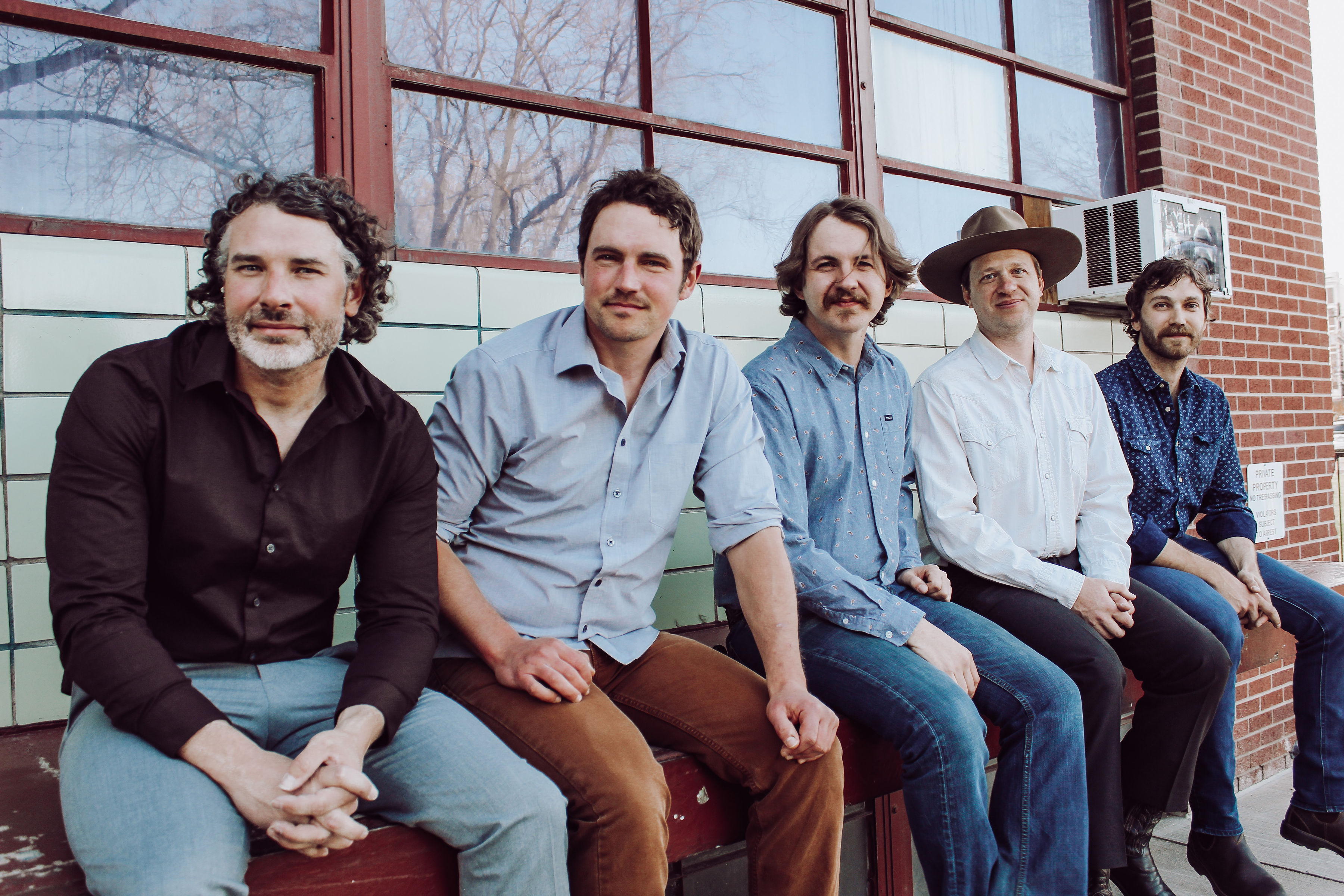 A successful crowdfunding campaign also helped to bring Great Big Skies to fruition, especially considering the financial hardships that 2020 brought to the world and the music community in particular. Turning to the fans for help in creating the album, their fans in turn rallied behind them and made it happen, allowing them to make the album they wanted to make “without reservations.”
Following the album’s release, the rest of this year and beyond is looking up for Wood Belly. Having signed on with record label Americana Vibes, the band is now working with a new booking agent and is currently on tour through California, Oregon and Washington, and includes a stop at Northwest String Summit this upcoming weekend. As back to “normal” as we’ve seen in a while, McCloskey and crew are excited to be back at it: “As always, we love the adventure of the road, meeting new people, and making new fans.”
Listen to Great Big Skies here.