All Photography by Juli Williams

A great show is more than a concert — it’s an experience, a carefully orchestrated performance curated for creative freedom and artistic expression. A great show is something you can feel, a moment captured in the twilight of originality. That’s something N3ptune, Denver’s most electrifying musical act, knows very well — how to curate a special moment. N3ptune’s performance at Globe Hall on Friday night showcased all the elements of a superstar in the making. Everything, from his grand entrance — a slow crawl through a parting sea of eager fans — to the sheer versatility of his catalog represented the next chapter of N3ptune’s career. The Renaissance has officially begun. 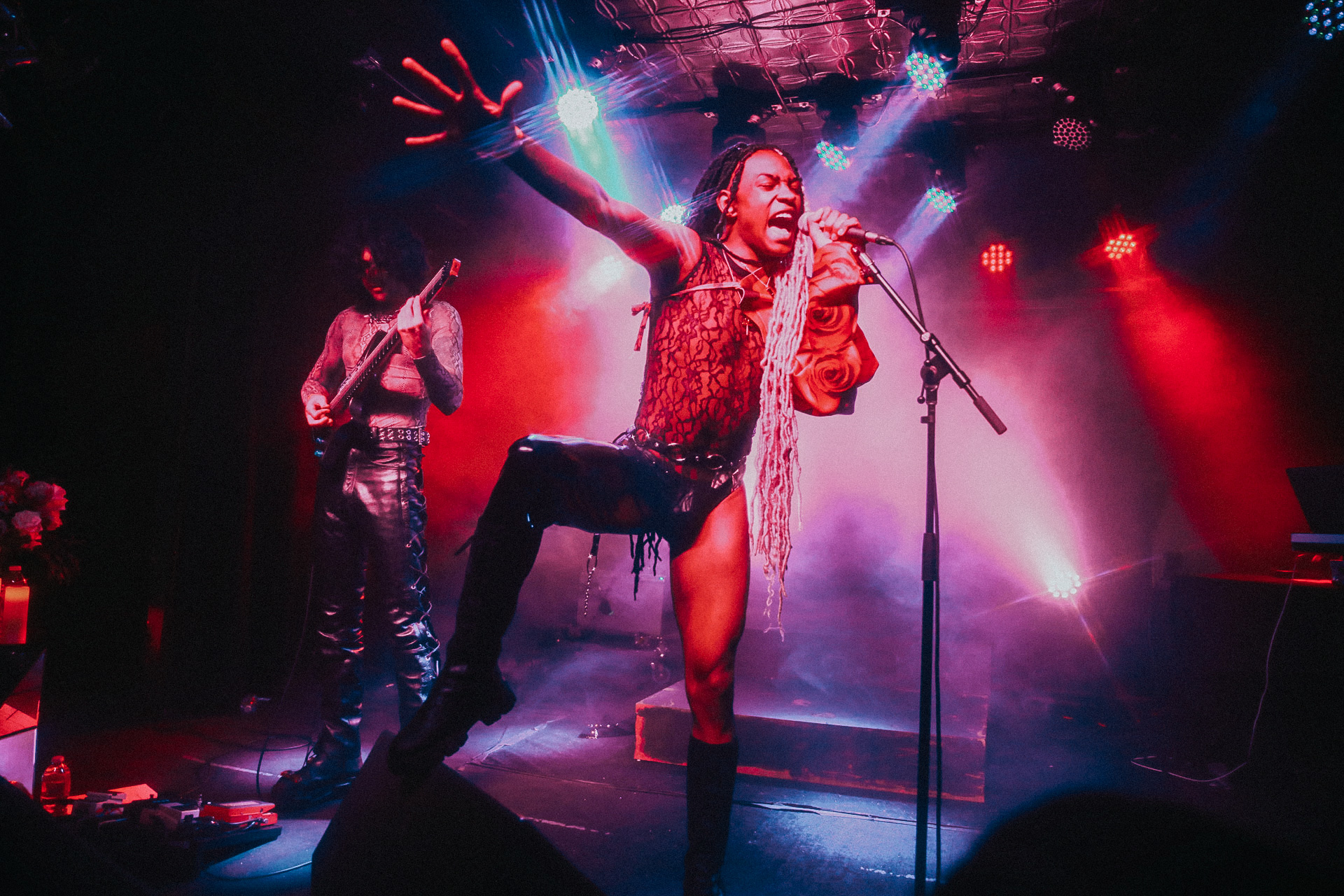 One thing is certain: N3ptune knows how to make an entrance. Escorted by his entourage of flower bearers paving the path to center stage with rose petals, N3ptune slowly crawled his way through the audience in strides of glory. Accompanied by distorted guitar riffs from Rusty Steve, N3ptune’s creative partner who overlooked the grand entrance from the main stage, N3ptune took a short moment to bask in the spotlight of awestruck bystanders recording the immaculate introduction on their mobile devices. Before his feet ever touched the stage, N3ptune already had the audience’s full attention.

N3ptune is here to shake up the industry, there’s no doubt about that. Joined by Rusty Steve, the duo creates music that’s unbound by traditional genres. Some songs like “MISERY LOVES COMPANY” and “ABSENT (BODY)” tip-toe around hyper-pop motifs, while others like “WEDLOCK” and “MILITIA” bounce between soulful rock ‘n’ roll and fierce, high-energy hip-hop. No matter what song N3ptune was performing during his sold-out show at Globe Hall, passion radiated across the entire venue, projected through a stunning vocal performance and insane on-stage antics. 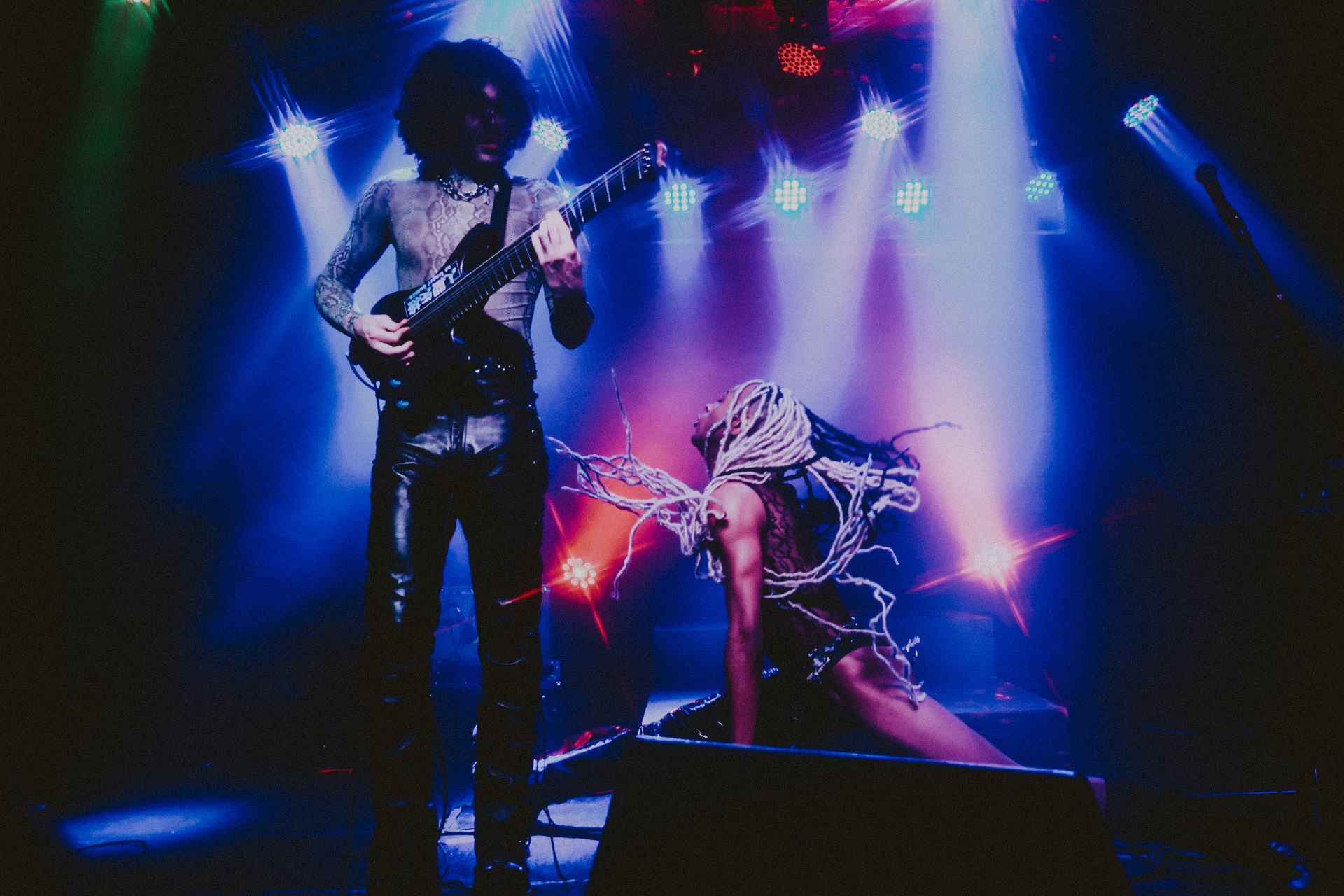 N3ptune’s confidence is striking, contagious even. Rocking a mesh top, latex pant sleeve, rose shoulder pad and hightop boots, he traversed from song to song with explosive energy. Demonstrated by animated gestures, sensual splits and plenty of ass-shaking, N3ptune took each song as an opportunity to show out, plain and simple. Sometimes, he flaunted his vocal range, covering classics like Nancy Sinatra’s “Bang Bang” and Amy Winehouse’s “Back To Back.” Other times, he illustrated his devotion to rock ‘n’ roll with songs like “WHITE PONY,” which gave ample room for Rusty Steve to shred his eight-string guitar with impossible speed and technical flair.

There’s nothing average about N3ptune and Rusty Steve. From explosive guitar solos and soulful shouts to the heavens to the virtually limitless boundaries of N3ptune’s creative inspirations and vocal versatility, passion is plentiful and stardom is inevitable. It’s not “if” N3ptune shakes up the national music industry, it’s “when.” Thankfully, he’s putting on for Denver in a big way, showing love for The Mile High City by bringing Denver’s Jay Triiiple on stage to perform “MILITIA 2.0” before walking out. 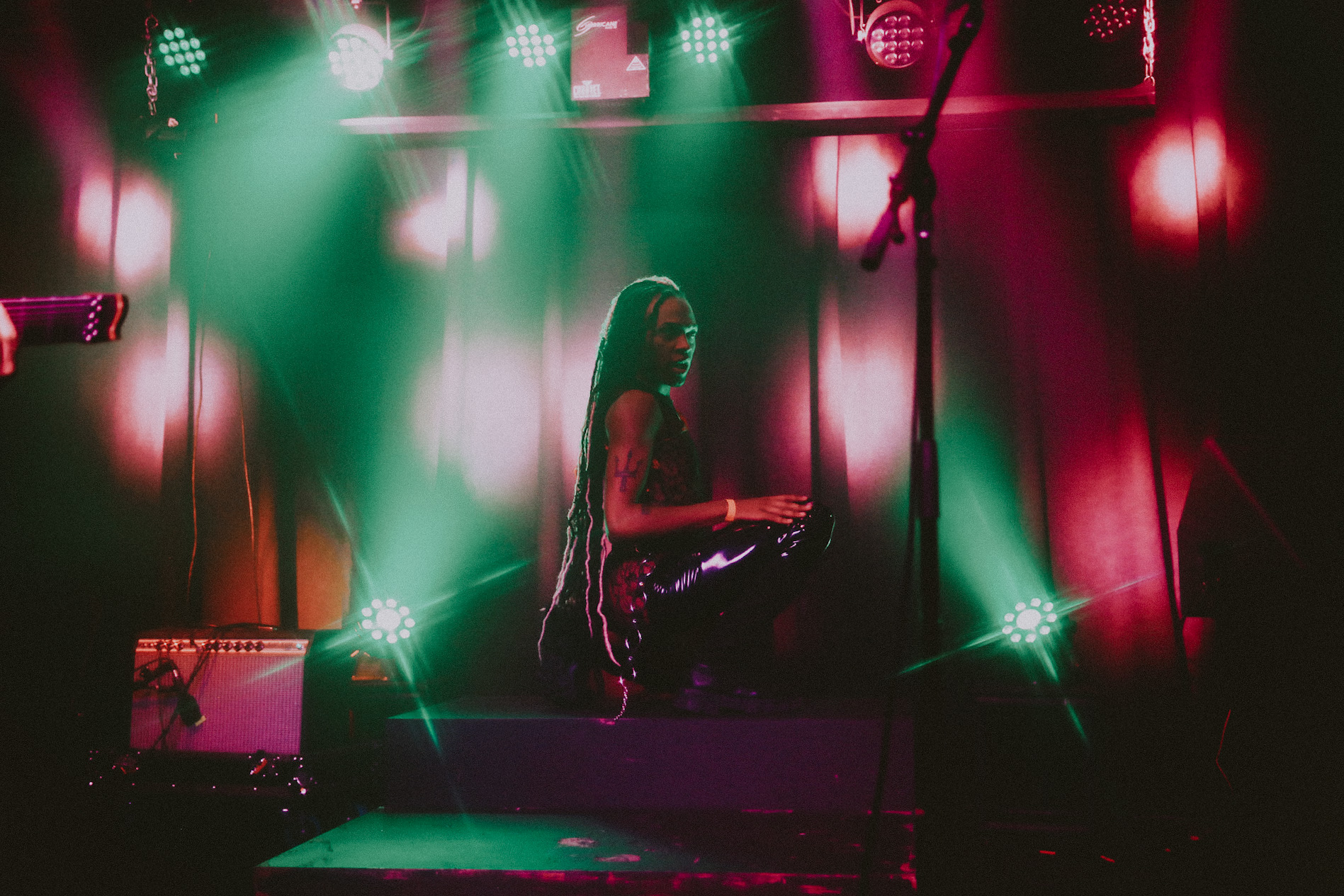 You’ll be hard-pressed to find another act as electrifying as N3ptune. His path to international fame is paved with spectacular originality, and evidently, lots of rose petals. N3ptune is flowering right before our eyes. It’s impossible to ignore the feeling that we’re witnessing the birth of the next musical sensation, a rare creative redefining the art of performing. Don’t be a bystander to the Renaissance. Experience it for yourself, before the rest of the world catches on.

All photography by Juli Williams