In a world filled with 7 billion people, finding a sense of belonging can be challenging. On Tuesday night, Denver lit up as Rina Sawayama played a colorful blend of pop music for local fans — proving belonging can look and feel many different ways. Through the lens of family trauma, the pop singer reflected on the past to push the boundaries of pop music forward. Fans came together on a special night to be embellished by a performance full of catchy hooks, glossy synths and high energy as “The Dynasty Tour” took Ogden Theatre by storm. 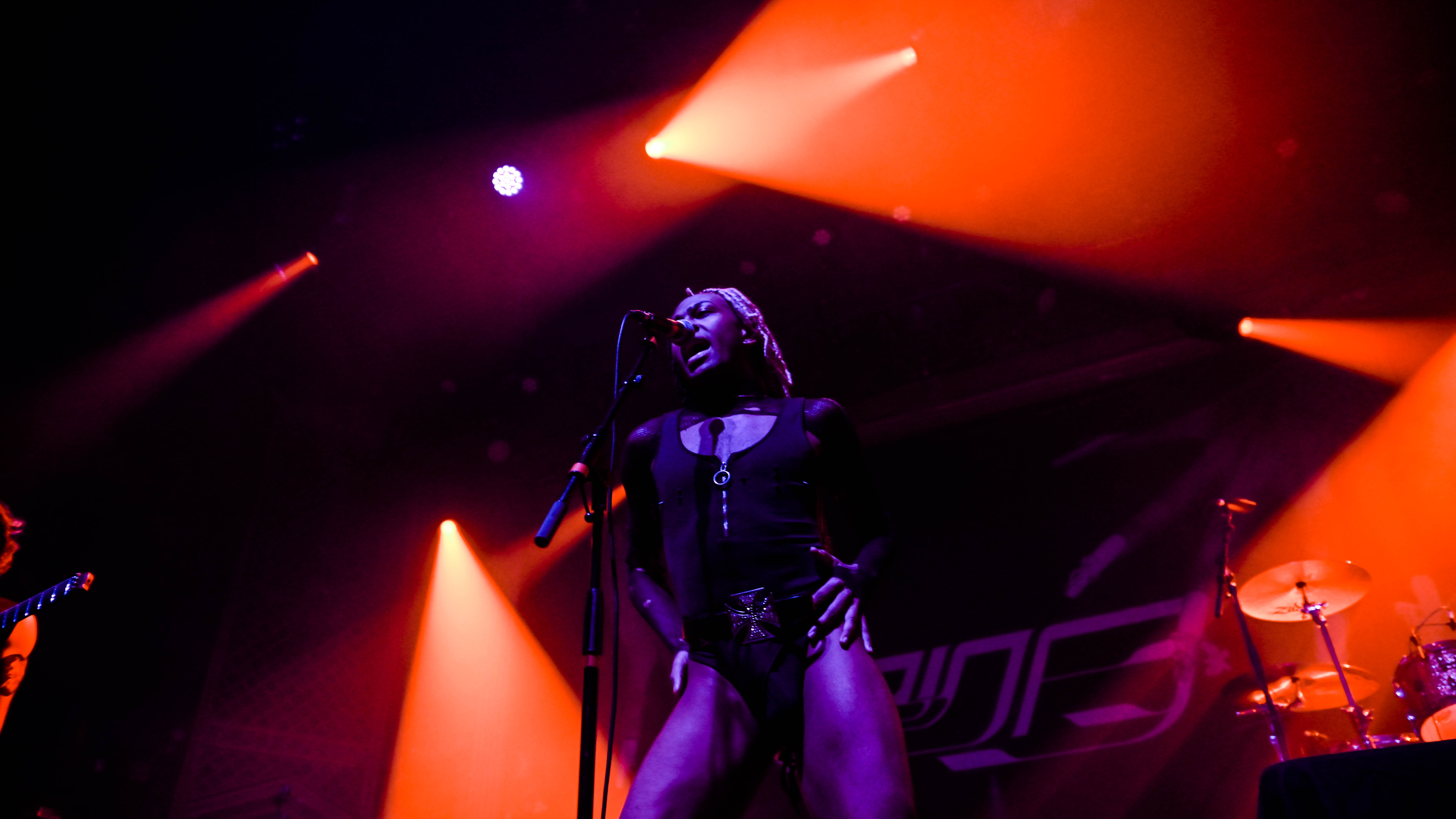 To open the show, Denver-based artist N3ptune took the stage with a vengeance. If fans were in need of an energy shot, they received it through the performer’s magnetic stage presence. N3ptune twerked, posed and belted his way through an energetic performance where fans’ eyes were glued to the hypnotic set. During “WHITE PONY,” N3ptune enlisted the crowd to shout out “pony” when the mic pointed at them. Fans gleefully obliged as they clapped their hands to the stomping beat. Following the sing-along came “BLACK HORSE,” furthering his message of self-empowerment and freedom. While pop music is an umbrella term that could be used to describe the music of N3ptune, the performance was limitless and boundless to any genre. If Denver learned anything from the performance, it’s that it’s N3ptune’s planet and we’re just living in it. To end the set, the eclectic performer explained, “Denver, I could be your pop star…” before walking off stage as the Ogden Theatre erupted with cheers.

Following the enigmatic performance, and ready for her own, Rina Sawayama began her set with “Dynasty,” the first track off of the critically acclaimed debut album, SAWAYAMA. The pop singer graced the stage in professional attire, sporting an ’80s-inspired red blazer jacket. Metal-infused pop music soared through the theatre as fans headbanged and snapped photos of the starlet. The high energy continued with “STFU!” where fans screamed back at the singer to “shut the fuck up.” Before dancing into the fan-favorite “Comme des garçons (Like the Boys),” Sawayama stopped the show to tend to a fan at the front of the pit. Security and first aid swiftly tended to the fan as a five-minute break was imposed. When the pop star came back on stage she asked the crowd, “Are you okay?” and requested, “Let’s all take care of each other.” 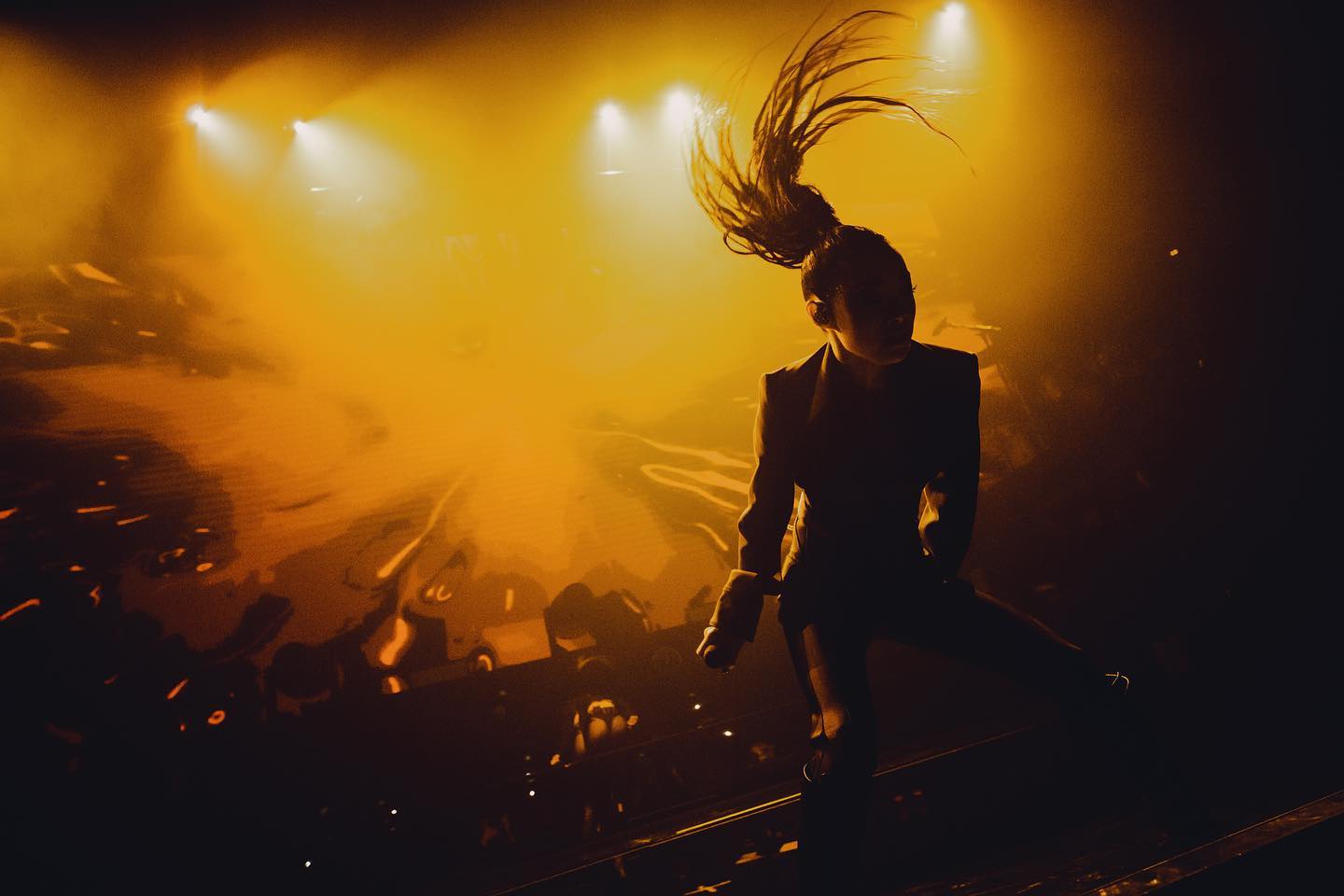 The show continued and Sawayama took us through a slew of ’80s-tinged pop singles. Loyal fans since the initial release of Sawayama’s first EP sang along to the smooth and 2000s-inspired song, “Cyber Stockholm Syndrome.” On the other hand, the crowd grooved along to “Paradisin’” which detailed the singer’s life as a teenager. Before jumping into “Love Me 4 Me,” she expressed, “Sometimes you’re running around too much and you forget to look after yourself. Right here we’re going to look after ourselves, ok?” Fans cherished the moment and expressed self-love as they sang along with their favorite artist.

After a jolting interlude, Sawyama went back to where she shines — blending elements of rock and pop for the song “Who’s Gonna Save U Now?” She posed perfectly in front of a twirling fan for her hair to blow around as she belted out the final notes of the song in a dramatic fashion. The set took a break to cool down but not without intense emotions. The singer sat down with her guitarist for a stripped-back performance of “Chosen Family.” Even in the year 2022, LGBTQ+ members find themselves reaching out for support when acceptance is uncertain. As a result, chosen family members become the people who are accepting and supportive in life — not necessarily those in your bloodline. Before jumping into the tender moment, Sawayama addressed the crowd, “Look around you at all the beautiful faces. In this room, we are all chosen families for each other.” Fans put their camera lights in the air, swayed to the track and embraced one another for a delicate three-minute swoon. In a turn of events, the artist teased a new song called “Catch Me In The Air” to the lucky crowd, explaining that it would be on her upcoming album. 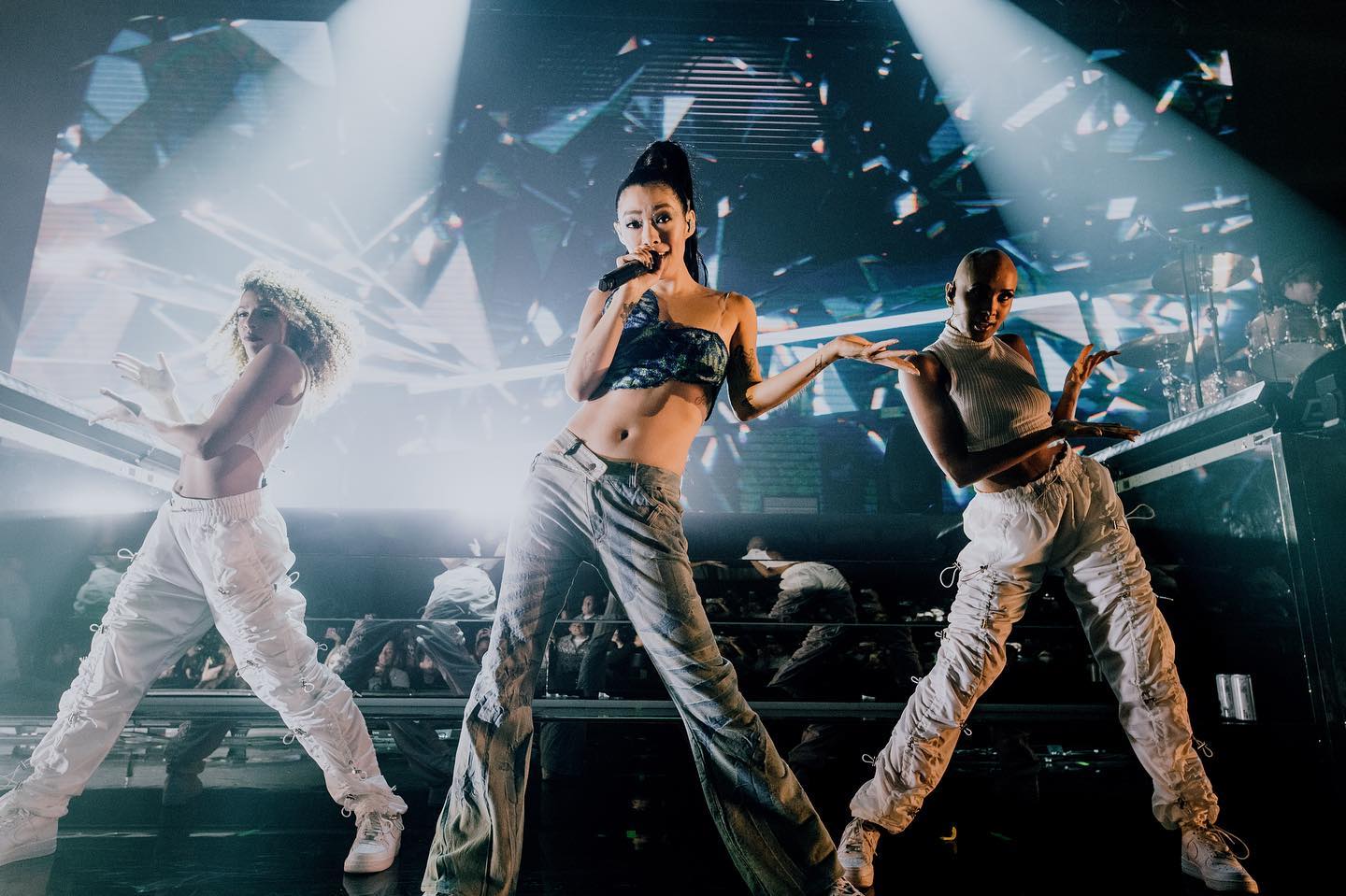 To end the show, Sawayama went back to her bread and butter with the fan-favorite “XS.” The pop song was complemented by fans singing along, glitzy choreography and a flashy light show. Keeping up with the energy, “LUCID” had fans jumping and enjoying the last moments together before the songstress quickly moved over to dedicate her remix of Lady Gaga’s song “Free Woman” to Britney Spears. Before the crowd could process the show, it ended. But on a note of rejoicing for one another, music and their favorite artist.