Chef Albert Gonzales did not intend to fall in love with the culinary world. His background looks similar to most — a life consumed by sports in high school and quickly moving up at a fast-food gig, to later securing a job at Applebee’s to pay the bills. Contrary to his expectations, this was merely a stepping stone to the rest of Gonzales’ life surrounding cuisine and modern ideas to cooking. 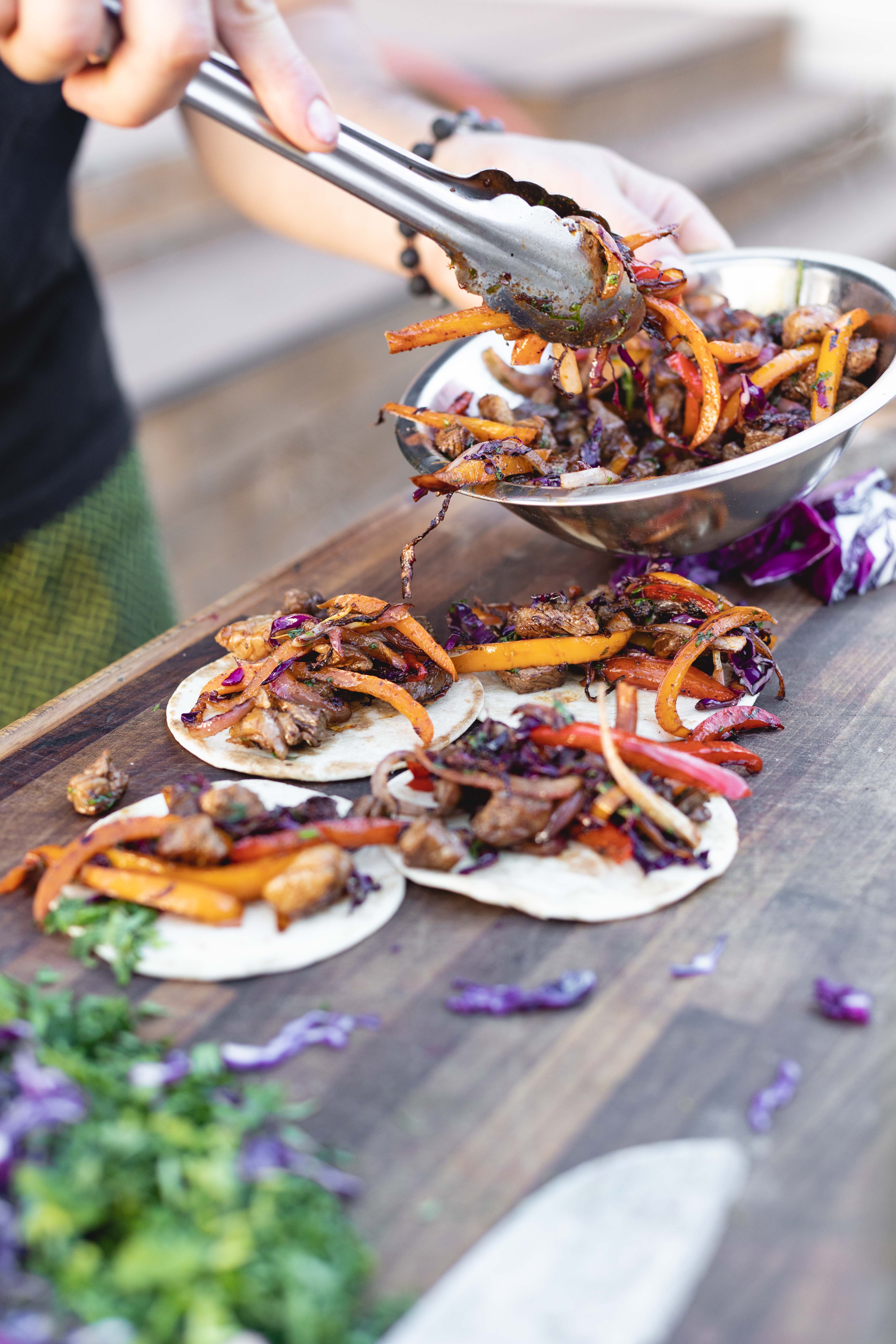 While growing up in Albuquerque and going through the motions as a grill cook at Applebee’s, destiny struck when Gonzales found himself at the top of the world’s longest aerial tramway. Date night took place at High Finance — one of the best restaurants in the area at the time and situated at the top of a towering peak. After consuming one of the best steaks he had ever had, Gonzales humbly sent his compliments to the chef. In a lucky turn of events, the head chef was subbing in and working the grill that night, desperate for a new grill cook. Gonzales quickly filled out an application and found his new home at the top of Sandia Peak. “He is what turned my career around. Working under an actual chef, learning techniques and making sauces from scratch. I ended up working there for several years and became a sous chef eventually,” Gonzales remembered. 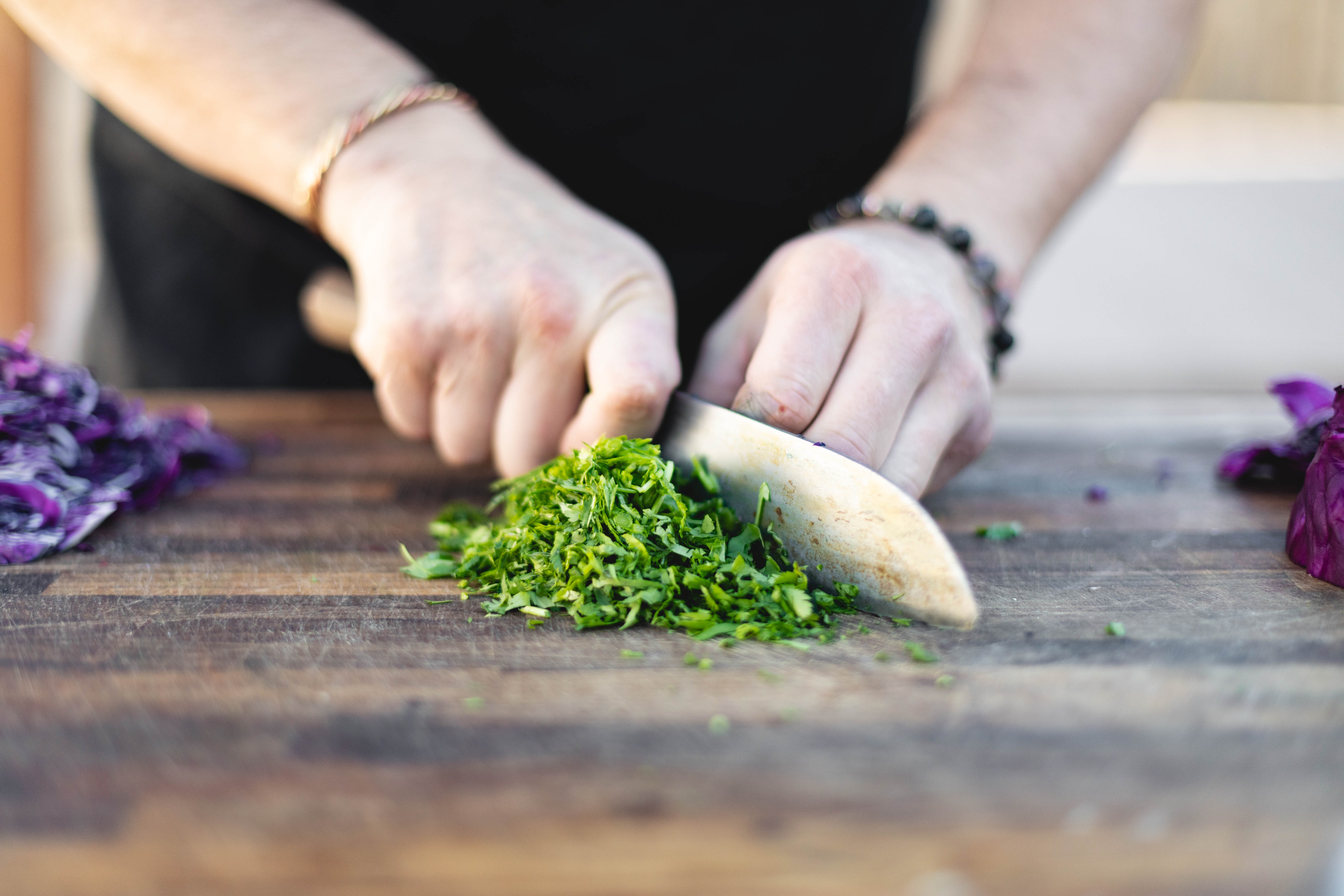 In the following years, the head chef position was up for grabs and although he was more than capable, Gonzales did not have the credentials. This is what pushed him to research culinary schools and make the move to Denver. From there, Gonzales participated in a little bit of everything including fine dining, internships and grand openings. He began to recognize culinary culture and how it could be improved in a greater time span. “Something that really stuck with me through school was that I was training a lifestyle. How to work, clean, not waste, to be mindful of where product is coming from and then educating and spreading that knowledge,” Gonzales said. “I became a chef to not only be an artist but to impact the culinary world.” 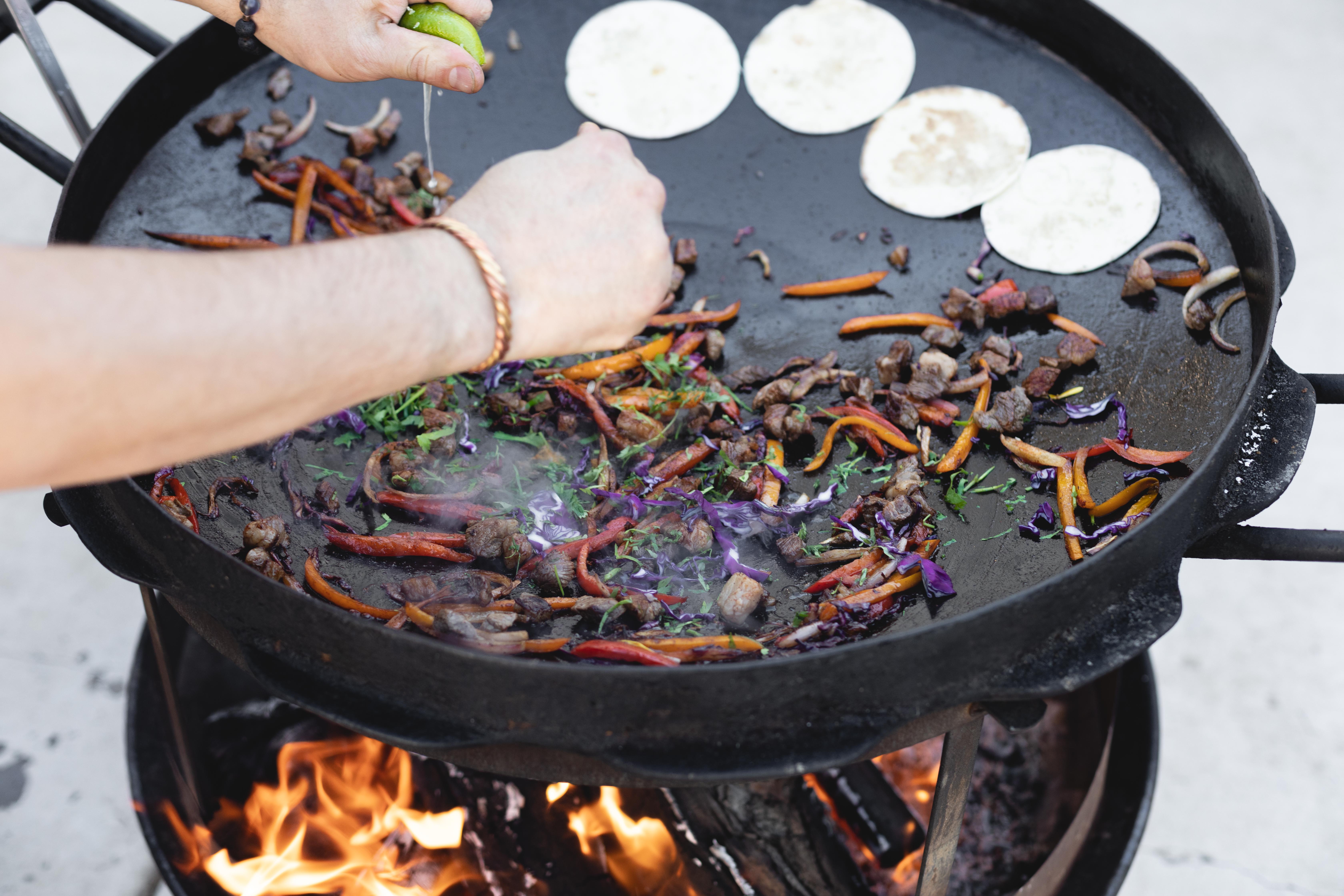 With this goal in mind, Gonzales created Track Down to make this mission a reality. Pop-up multi-course dinners, parties, private catering, weddings, birthday parties and culinary instruction all fall under his current category of expertise. Gonzales specializes in open-fire instruction — something that aligns with his belief in quality over quantity. Along with this idea, Track Down offers products that nurture the art of outdoor cooking. Hunting, fishing and camping trips are made a million times easier with Gonzales’ tools and products.

Event planning and execution are where this chef really shines. His creative mind knows no bounds and he is finding rare solutions to bigger ideas. We are all accustomed to buying a ticket to an event but continuing to purchase food, booze and more while at the venue. Gonzales is finding a way to change this norm. “With Track Down, we are looking to create an immersive experience where you buy a ticket and it includes your food, drink, door price, Lyft rides to and from the venue, dessert and all the entertainment,” he said. “You don’t have to worry about pulling your wallet out or worry about how much you’ve spent so far.” 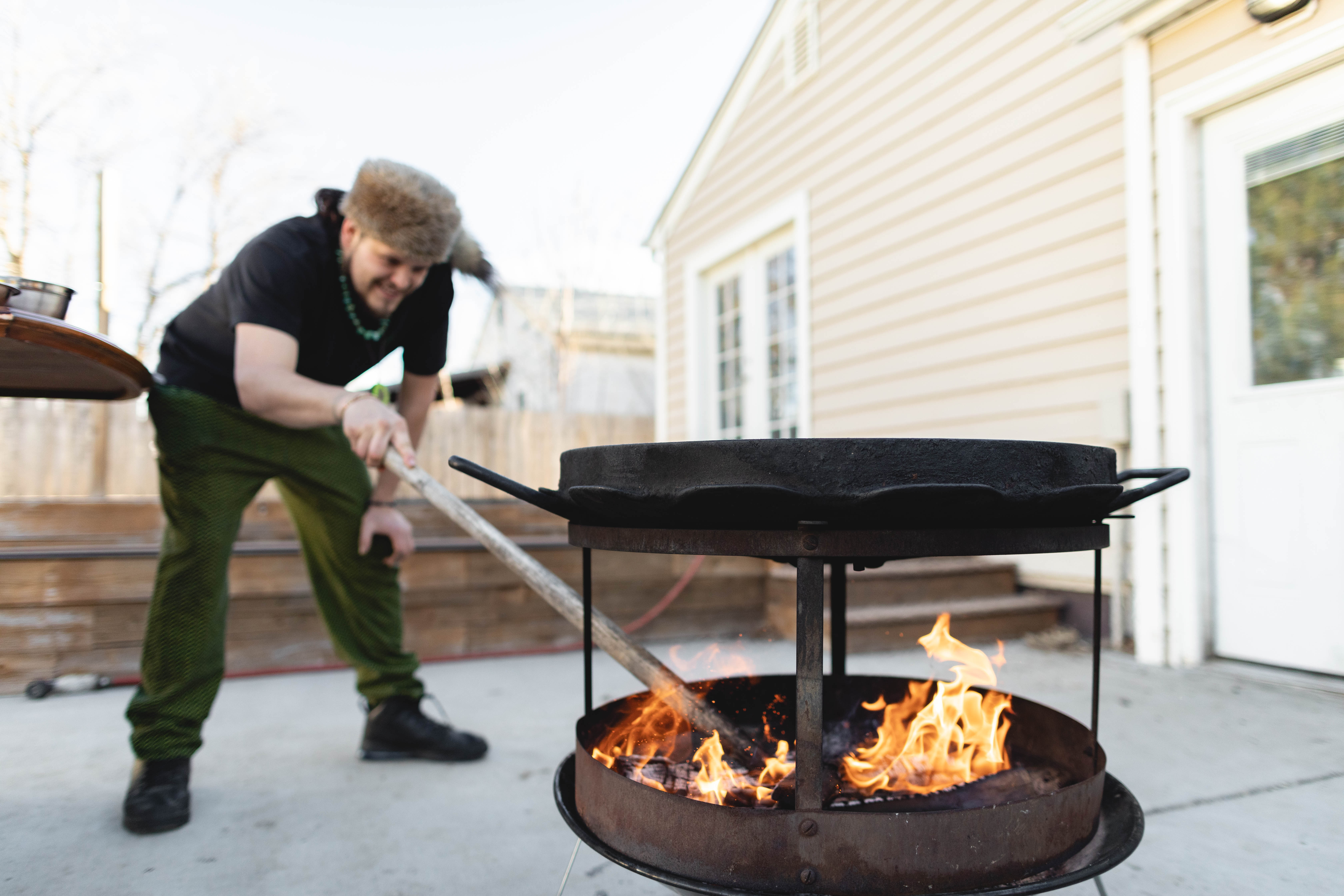 Track Down’s mission is to change the structure of restaurant culture and give many the opportunity to indulge in luxury. Gonzales’s past events, titled My Vegan Valentine and Loaded Leprechaun, brought many out and about to enjoy his unique experiences. These pop-up sites were both filled to the brim with mouthwatering cuisine and good entertainment — two necessities that are rarely in the same place at the same time. Live music, photo booths, multi-course meals, dessert bars and more were on the agenda for these events. Sometime this summer, Track Down plans to host a pop-up on a farm — making that farm-to-table feel and taste more of a reality. 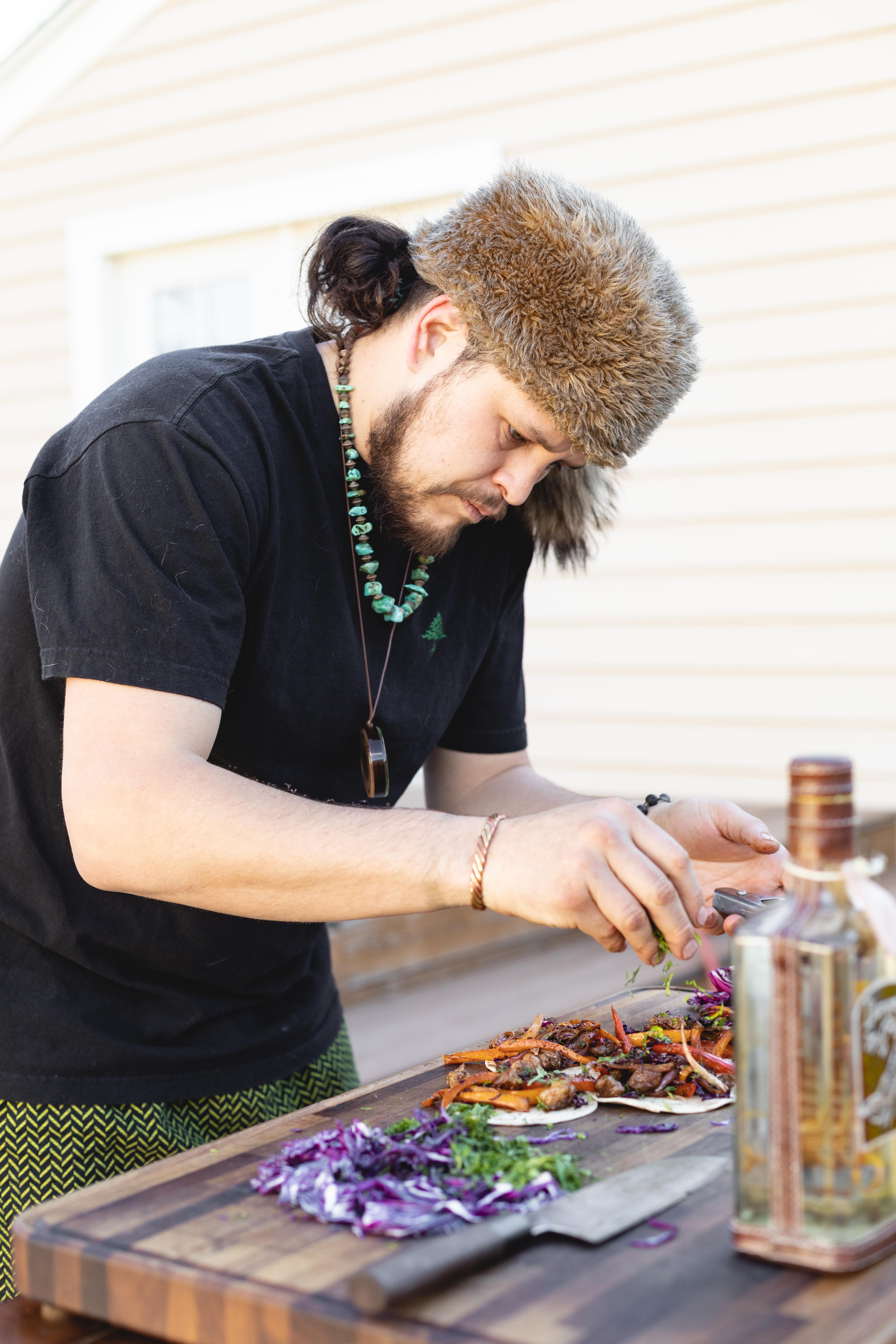 Gonzales has many more unique things planned to come. From tastings and pop-up events to food truck construction and more, it is impossible to keep up with Gonzales’s unending list of creative ideas to positively change the restaurant industry. By welcoming all with open arms, there is no limit to what he can do in Denver.

To keep up with the exciting doings of Chef Gonzales, follow Track Down on Instagram and visit the site to see all that he has to offer or sign up for future events.