Bakery Four is Cooking Up Sweet Treats Once Again

It is clear that Shawn Bergin welcomes hard work and dedication. From kickstarting his business during a booming pandemic to opening a brand new 3,000 square feet bakery, ignoring his progress is simply impossible. Bergin’s transition from a 9 to 5 sales and marketing gig brought immense success that will only grow with the grand opening of his Tennyson Street location. Now, all Bakery Four fans can easily grab their favorite sweet treats while they are hot and ready. 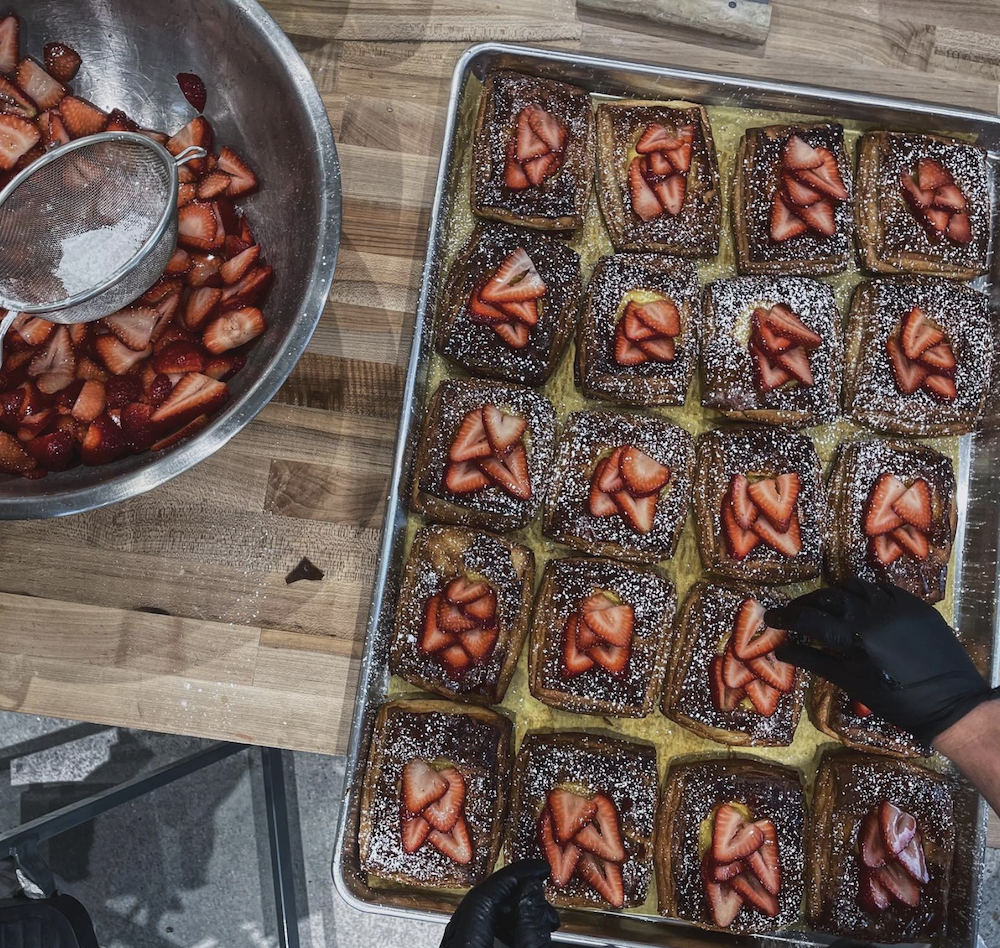 Bergin’s start is the definition of humble beginnings. “My passion was definitely a slow burn” he said. His time in the food industry originated at a couple pizza places during his late teens and early 20s. Bergin then shifted into the corporate world and became an executive for a co-working company in D.C. Although, during his time there, his urge to bake did not weaken. Pizza parties at his place became the new testing ground for his creations and he welcomed friends with naturally leavened breads. After realizing it was time to leave his position, the game plan was to follow his passion and bake.

After relocating to Colorado, Bergin began to create out of his home as a cottage food bakery but soon moved all operations to a small space at 3712 West 32nd Ave. His pastries grew immensely popular with lines forming up and down the sidewalks in front of Bakery Four. “The response was really mind blowing especially because we did not know a single person when we moved here so our network didn’t exist. It ballooned so quickly, it still feels weird looking back on the trajectory we had,” Bergin said. 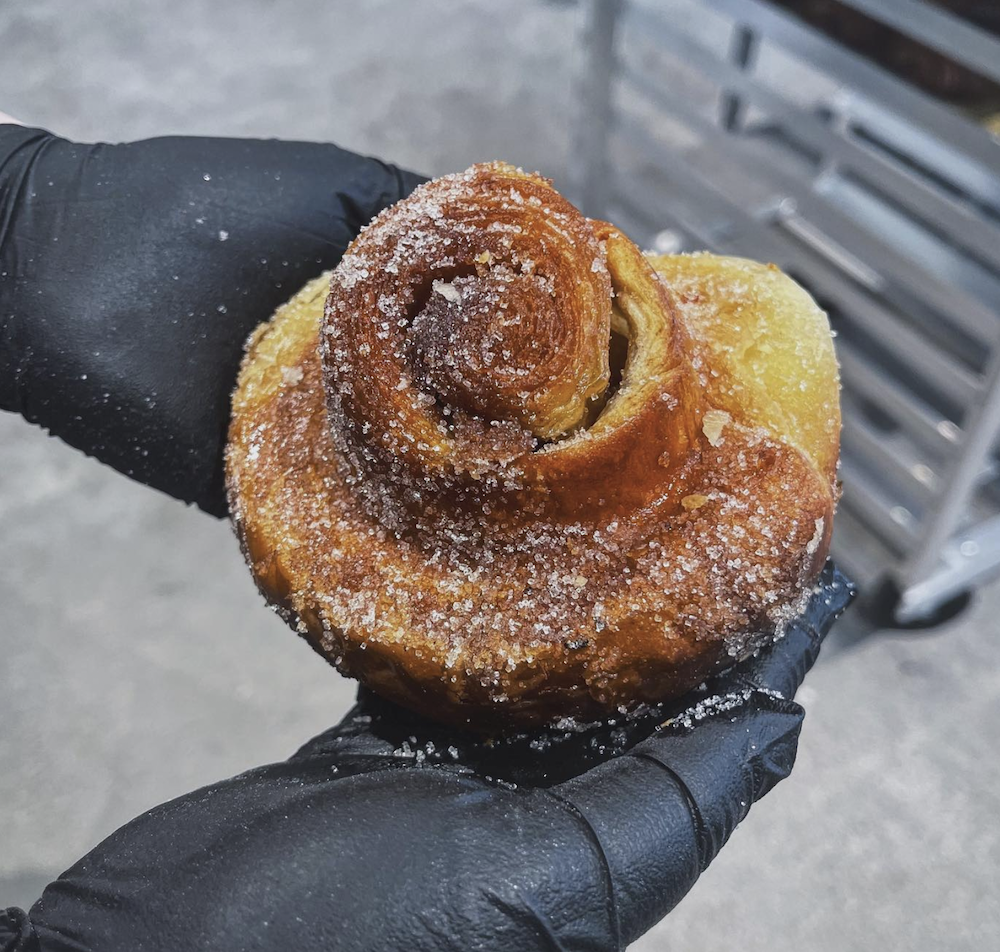 With demand for his products only growing, Bergin searched for new spots to grow his location within the Highlands. Destiny struck and his answer came from one of his own customers. “The owner of the Berkeley Hotel was in line one day and said he had a hotel on Tennyson Street that I should come look at. As soon as I saw it, I thought, ‘Where do I sign?’” he remembered. Bergin eventually cemented the deal and the new Bakery Four concept transformed to cover the entire first floor of this beautiful hotel.

This new location is everything admirers loved about the past location, but better. With 2,000 square feet of seating and service, this space has the capacity to serve many Bakery Four patrons. Complete with new sandwiches, private dinner opportunities and pop-ups with friends, this spot will be a hit on Tennyson Street. “We are also excited to serve everyone coffee and tea that will meet the level of pastries and bread we have. Our coffee will be from Sweet Bloom and Heart Roasters, and our tea is sourced from Offshore Tea” Bergin said. Finished with a patio directly across from César E. Chavez Park, this location is perfect for warmer months ahead. 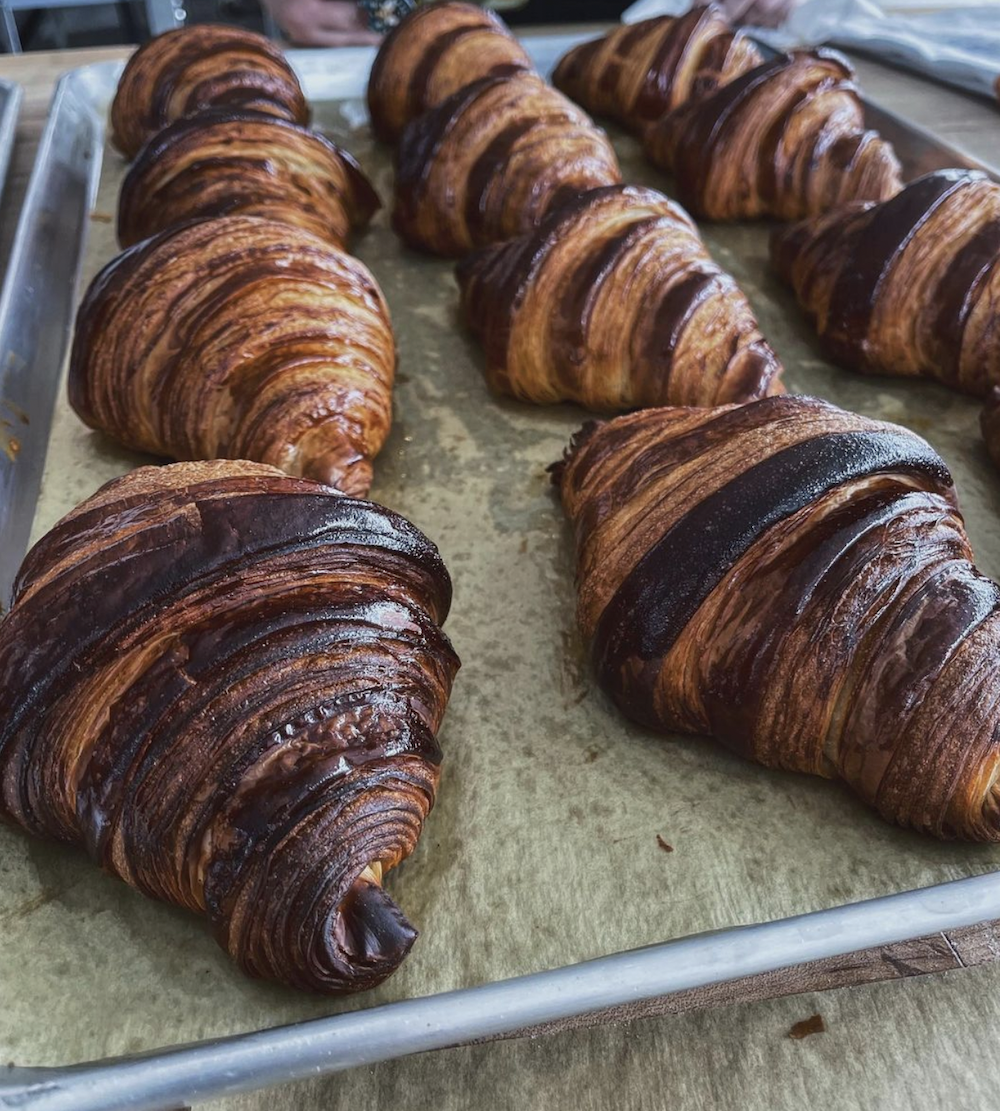 Bergin’s love for baking has only grown with these exciting changes. “My favorite part about baking specifically is that it’s a combination of art and science that’s never the same as the day before. In fact, it differs from product to product so it’s even more exciting when everything comes together the way you envision it,” he said. This transition means a lot more bread to be baked. From being limited to eight loaves and 24 pastries at a time to now 60 loaves and 120 pastries, this jump is one that Bergin is ready for. “We’re beyond ready to get back to it and get out all the products I’ve formulated in the last few months” he said. Now is the time to empty your stomachs and fill up on delicious pastries that can only be found at the beloved Bakery Four.

Bakery Four’s new spot is located at 4150 Tennyson St, Denver. It is open Thursday to Sunday at 8 a.m. until sold out.