Comedy Central has just announced South Park’s “25th Anniversary Concert” on Wednesday, August 10. The Concert will be held at Red Rocks Amphitheatre — featuring Trey Parker and Matt Stone with local favorites Ween and Primus keeping them company throughout the evening. 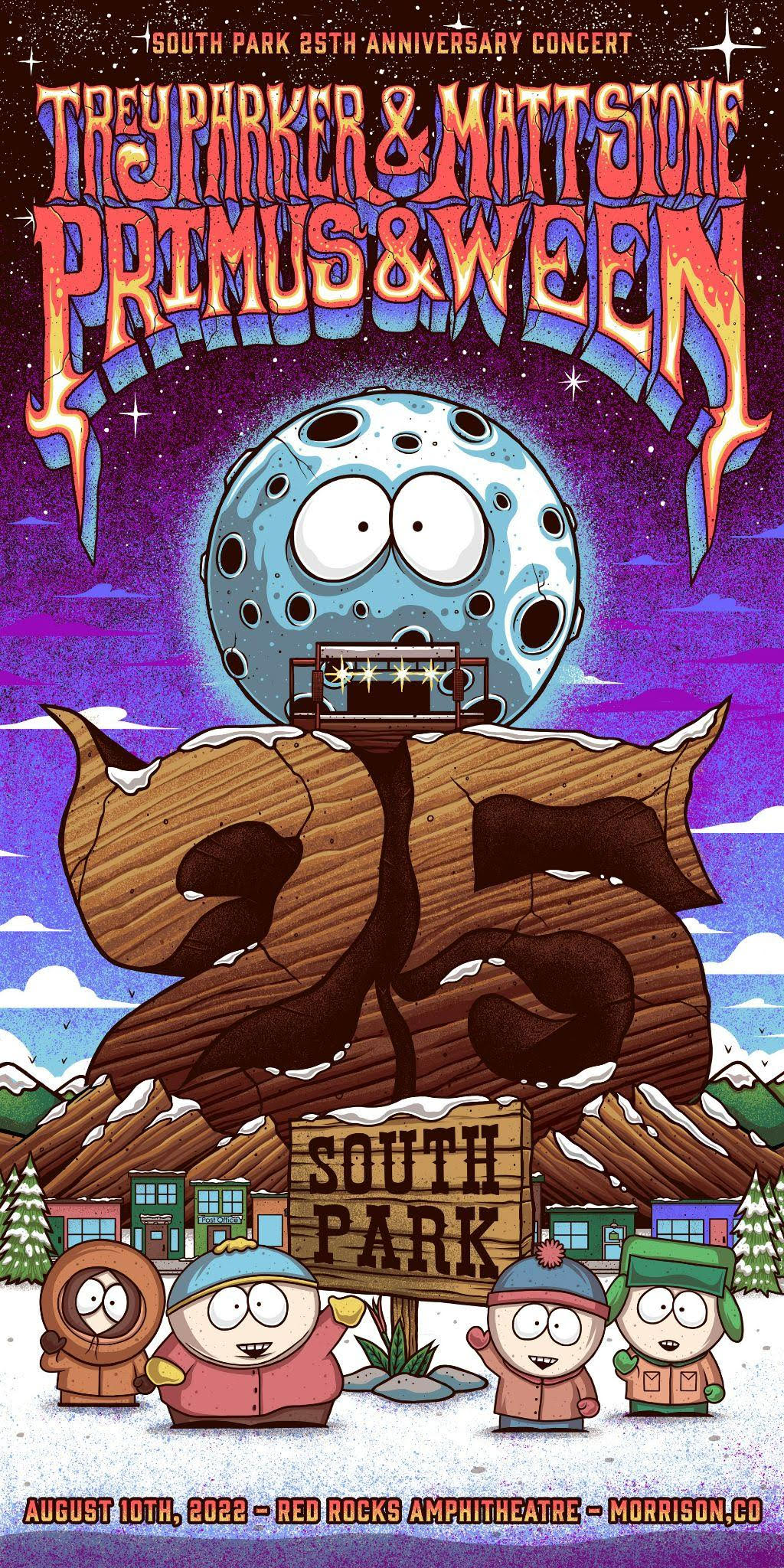 The event will see Trey Parker and Matt Stone, masterminds behind the South Park series, celebrate its 25 years of success as cables’ longest-running scripted series. Premiering in 1997, South Park will hit its next milestone accomplishment when 2027 sees Parker and Stone release a groundbreaking 30th season. The event will see fans and creators celebrating with a special night of recognition for South Park and its architects.

Since the show’s inception, Parker and Stone heavily incorporated music and lyrical melodies into the sitcom, writing an astounding 85 original songs for the show. The South Park themes song—written by Primus frontman Les Claypool, appears as the infamous introduction theme of each episode.  Ween also appears in an episode contributing an original song. And those songs will be pulled off the TV set for fans to experience live and in-person at Red Rocks. Fans can anticipate appearances from co-creators Stone and Parker too. “We’re so excited to go home and play at Red Rocks,” the creators said in a statement, “a place that’s been known for hosting the most legendary artists and musicians. Until now.”

The event is a particular treat for South Park fans living in Colorado as the town of South Park is within just a couple of hours of Red Rocks. And it will come as no surprise to many fans of the show that Colorado is also the home state of the South Park creators, making the local celebration the perfect way to recognize the show’s long-running success.

The announcement of the show came with guidance to register for tickets through AXS. Registration for tickets is currently open and will remain open until March 20, at 11:59 p.m. EST. The registration randomly selects participants and will send further instructions on how to purchase tickets. Two tickets will be administered to each selected registrant at $99 for each ticket, plus fees.