Music In Limbo: The Strange, Ambient World of Kiltro

Denver is no stranger to Latin bands. From Neoma’s bedroom-pop and R&B aesthetic to Los Mocochete’s more traditional Mexican influence, there’s no shortage of Latin artists to sink your teeth into here in the Mile High City. While much of the Latin music that comes out of Denver stays true to the upbeat, energetic atmosphere commonly associated with Latin music, there’s one band that’s exploring the weirder, darker side of the sonic spectrum — Kiltro. Their music teeters on the brink of purgatory, daring you to plunge into their strange, ambient forest of lively originality and dreamy psychedelia. Much like their stage name, the music Chris Bowers Castillo and Will Parkhill — the musical minds behind Kiltro — make represents the spirit of strays: wild, adventurous and unpredictable.

Kiltro’s spirit is global by nature. Although Castillo has an intimate relationship with Chile, the South American country where he spent his childhood summers, Kiltro’s first single “Ofelia,” was conceived across the world in London, where Castillo was living at the time, and Vietnam, where Parkhill was teaching English six days a week.

It’s been four years since “Ofelia” was released, but Kiltro’s music has maintained the dark narrative and thematic elements conceived on that initial track throughout their discography. Their music is a fantasy — a magical story presented in a non-linear fashion. A medieval puppet show hosted by intoxicated travelers lost on an endless journey towards salvation. 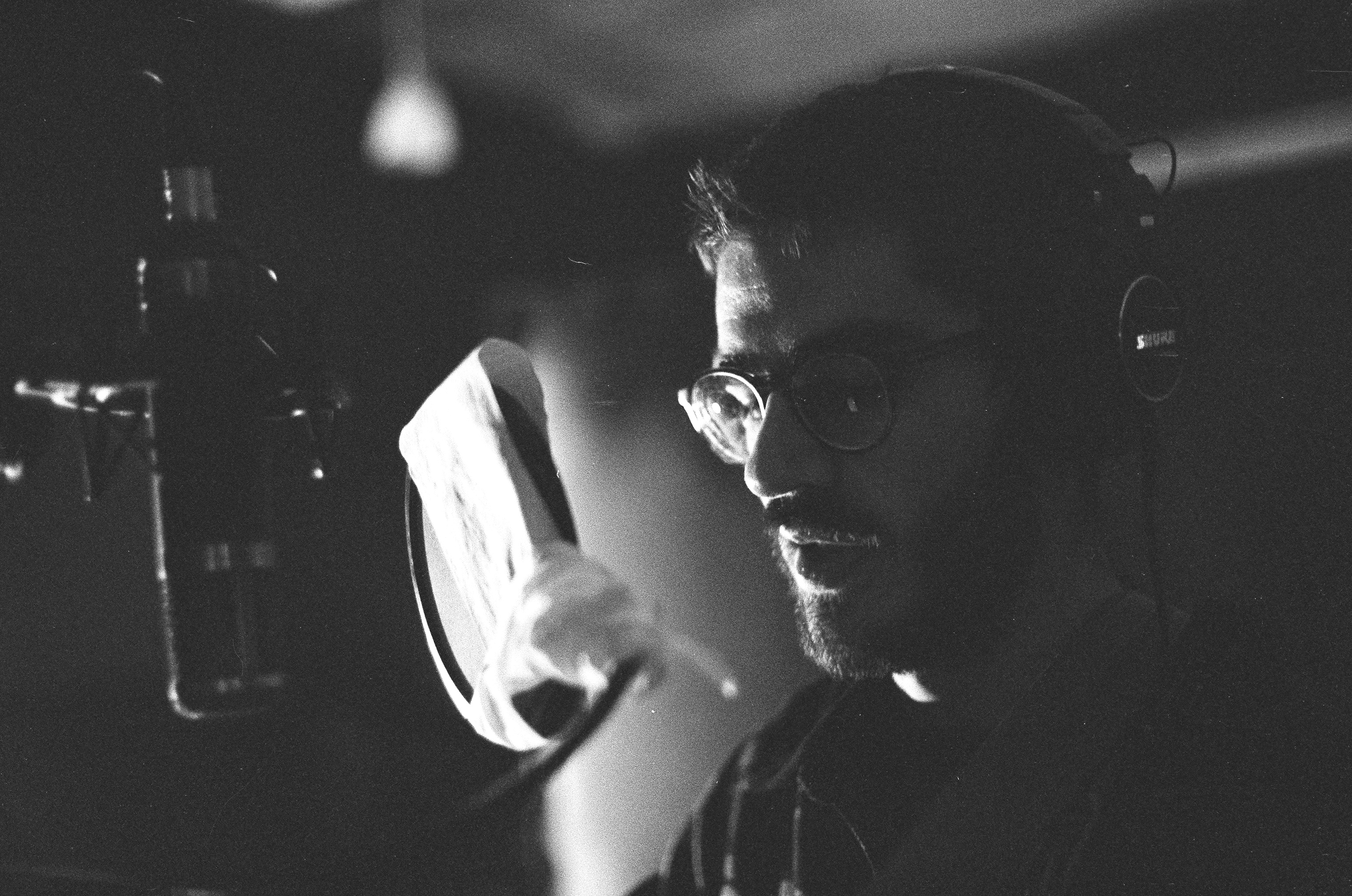 Photo by William Parkhill via Kiltro

While much of their music is influenced by their travels and global sounds, the narrative of Creatures of Habit, Kiltro’s first and only album, was inspired by the Chilean city of Valparaíso, where Castillo lived for four years after graduating from college.

“Creatures of Habit was very inspired by that whole time period that I was Chile,” Castillo said. “In fact, many of those songs were written there, including the bones of ‘Mi Capitán,’ ‘The Hustle,’ ‘The Drunk,’ parts of ‘Curicó.’ It was definitely inspired by that city that I was living in and all the different things I was listening to, which was lots of Chilean musicians like Victor Jara and Inti-Illimani.”

Although Creatures of Habit uses Valparaíso as a reference for the sonic atmosphere and dense storytelling throughout the record, their first album exists in limbo between the natural world and a spiritual theme park scattered with mystical attractions and wondering forces. It’s not quite clear where reality ends and the spirit world begins, much like Gabriel García Márquez’s classic novel 100 Years of Solitude, which is often considered the foundation for magical realism, a genre of literature grounded in reality but dressed in fantasy.

“I love that analogy,” Castillo explained, “because I read [100 Years of Solitude] a long time ago and the magical realism thing is something, and I feel that Will can agree, that we definitely try. I like stuff that is somewhere between synthetic and organic, and you can’t really figure out where that line is. When you listen to the music of course there’s the melodies and the bones and the songs themselves, but it’s also the sort of world it takes you to, the atmosphere it creates and the story it’s telling.” 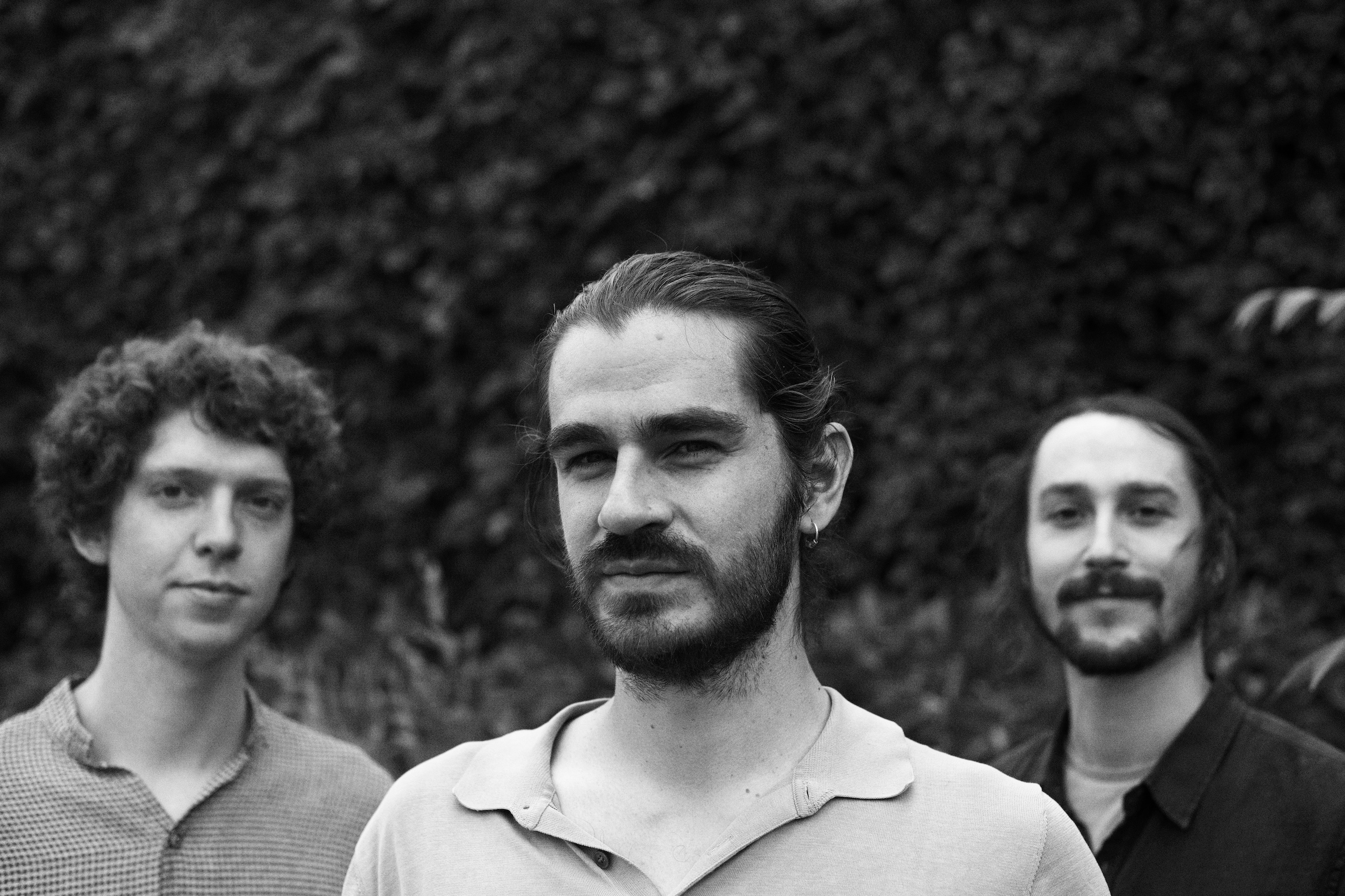 Walking the tightrope between the physical world and a supernatural one is a daunting creative task, and untraditional methods in music production are essential when creating the limbo where Kiltro’s music thrives. From integrating natural sounds like chirping birds and barking dogs to the sounds of social protests, there’s an expansive list of real-world elements that contribute to the ambient atmosphere that defines Kiltro’s music, as Parkhill explained.

“We have a contact microphone that we put in a pot and then we fill the pot with water to make percussion sounds. It’s kinda like placing you inside the sound. What does that evoke? When there were such specific characters and places Chris had in mind during his writing, it was easy to evoke that, but you can also do more than that. You can be a wizard with music and make things that don’t exist.”

In a lot of ways, our global society has been in its own limbo during the past two years. Countless lockdowns, inevitable social anxiety and a new emphasis on public health have drastically changed the way society functions. Like everybody else, Castillo and Parkhill dealt with the isolated world in their own ways. For Parkhill, much of his time was spent camping and drinking whiskey on his front porch, guitar in hand, while Castillo was exploring a new hobby — birdwatching. 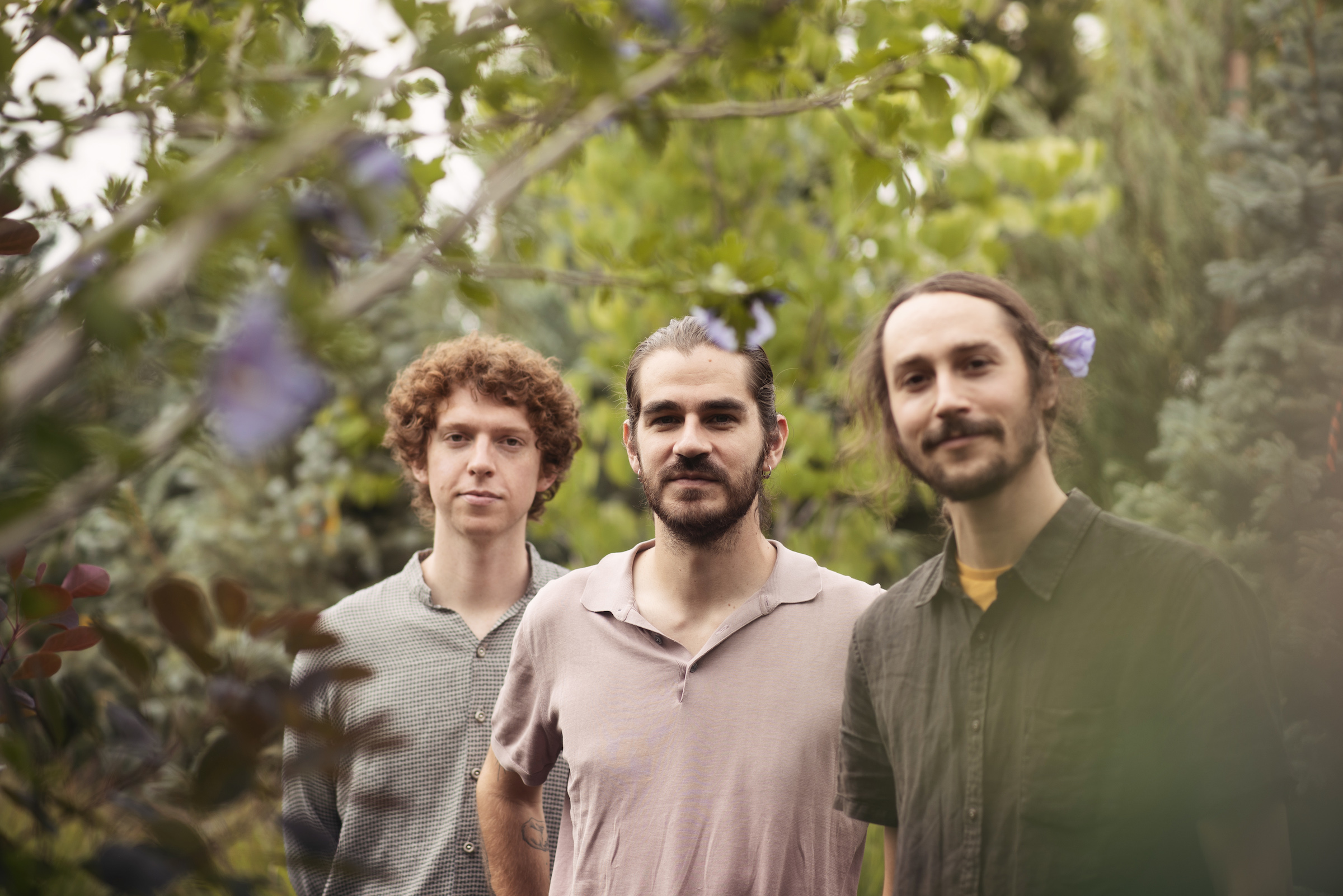 These moments offered rare glimpses of creative inspiration for their second studio album, set to be released later this year, which is a direct reflection of an isolated mind trapped between a comfortable past and an unfamiliar future. “I don’t think this album would sound anything like how it sounds if it weren’t for the pandemic,” Castillo said. “If you thought [Creatures of Habit] was magical realism, I would say this new album is a lot more so. It’s definitely a lot more abstract. It’s like the noise of your own mind when everything else falls away. There’s a lot of rhythm in it, a whole lot of rhythm that feels like real-world rhythm, but it’s sort of fragmented and wild.” 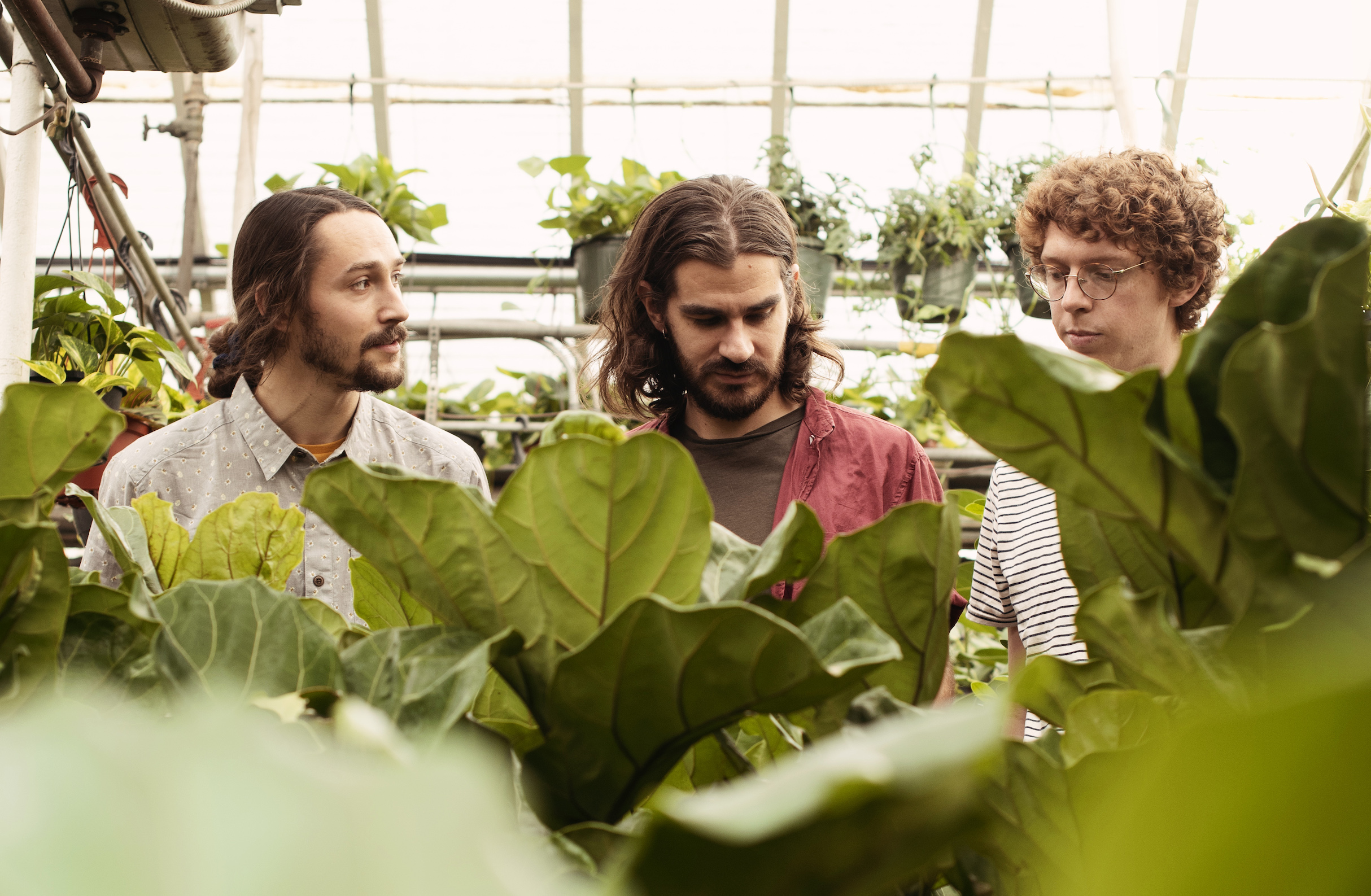 “I think what’s important for me sometimes and for creativity in general,” Parkhill explained, “is that there can be movement. It can be the outside influence or internal influence, but it’s things happening, you know? It’s hard to be productive when the world stands still. It’s hard to see the motivation when your world’s crumbling around you.”

Thankfully, Kiltro found ways to express these complicated, abstract emotions through music that matches their internal difficulties and shared confusion. Their new album promises to be ambient, strategically disjointed and an authentic demonstration of two wondering creative souls navigating an evolving world.