Photo courtesy of The Bannetones

It was around five years ago that bassist Johnny Hergert and drummer Will Frazier met in grad school at CU Boulder and hit it off. Two years later, they started playing music and brought in fellow CU classmate Wallace Kenyon on vocals and guitar. Fast forward to 2020 when they’d actively make music together only to have their first album, Unusually Doleful, released under their name, The Bannetones. 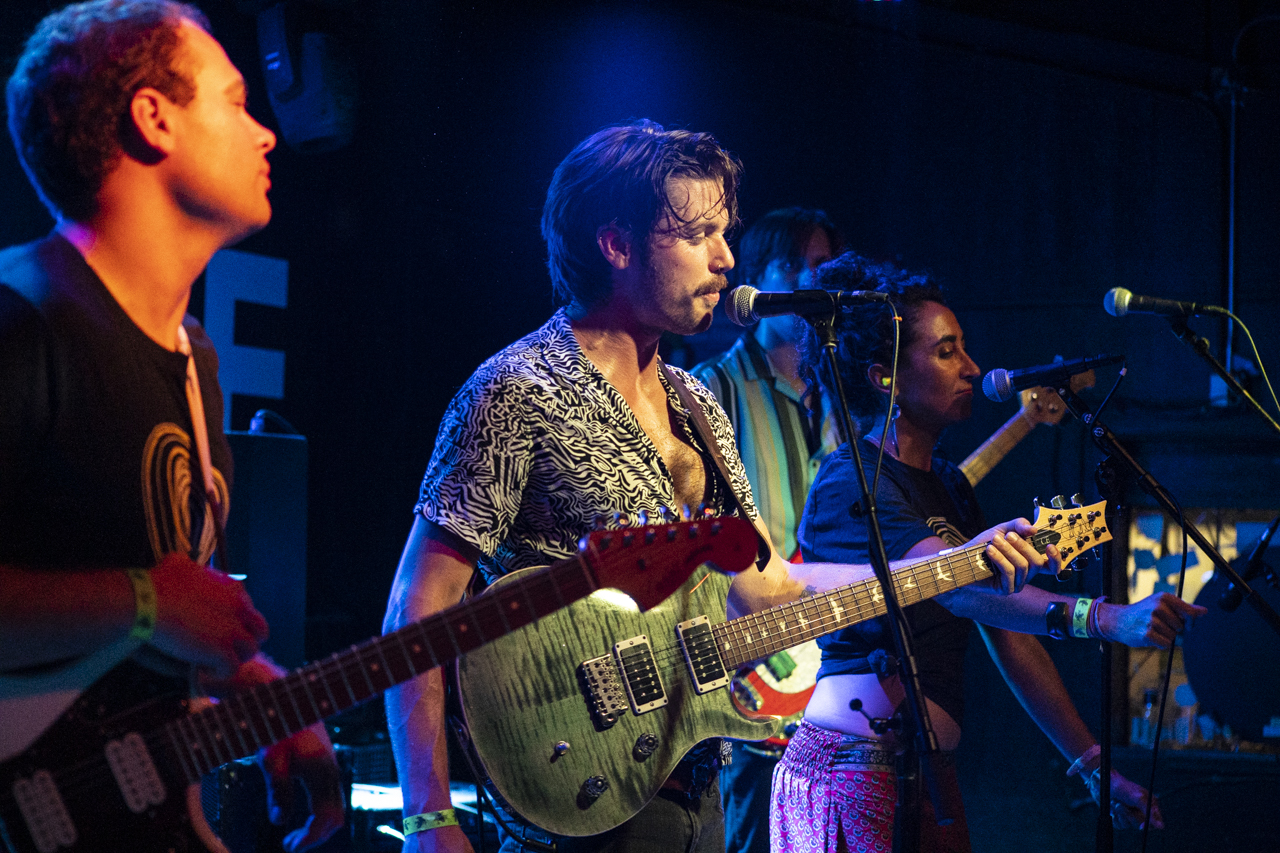 Making beats and baking bread are two hobbies that don’t often go hand in hand. But in The Bannetones’ case, it’s a part of their band practice. These days, social rituals as common as breaking bread and playing jams together feel like a delicacy, but that hasn’t slowed The Bannetones from their rise in the Denver music scene.

303 Magazine sat down with the three members of the band over a video call to get to know them, their music and their latest song release a little better.

303 Magazine: First off, where’d the name come from?

Johnny Hergert: We are a pandemic band. We were playing our first show ever, which was a backyard show and we did not have a name yet. Wallace and I are big bakers and we’d been looking for a name, something related to baking potentially (enter Wallace with raw dough to show). We were looking for something bread-related and a “banneton” is a word for the basket you let the bread rise in before you put it in the oven. We thought, let’s add “tones” to the end of it to make it sound music-related. We walked up to the microphone and said it two minutes later.

303: What genres do you find yourselves classified in and do you agree with the classification(s)? How would you describe your music?

They looked among themselves and all broke out in laughter. Eventually, Kenyon took on the question.

Wallace Kenyon: This is a hot topic these days. To describe the music, I was trained in the jazz world, so I bring a lot of jazz on the guitar side. John is funk-based and Will’s all over the map. So, we describe ourselves as indie, jazz-rock or something, and then with the song that just came out (“Narrator”), it’s shorter than all our other tunes and we tried to make it punchier and catchier. I thought we were going to write a pop song, but it’s apparently not a pop song. The genre that probably fits us best is progressive pop.

303: What bands or artists resonate with your style?

WK: Incubus was pretty formative for me. I know we’re not as heavy as Incubus is but I feel a lot of our progressions are written with them in mind. Jeff Buckley is a big influence too.

Will Frazier: We bring up The Police too — pretty often. I’ve brought up The Pixies lately. I’ve been listening to some deep cuts of John Frusciante lately, who was a big influence for me, and realized a lot of that is in [our music], but it’s something we haven’t listened to as a band.

303: What’s one of your favorite venues to play and where’s a venue you’d like to play?

JH: Denver Art Society on Santa Fe. Every first Friday they have music. We’ve played there a couple of times for the First Friday Art Walk. That’s become our little underground spot we like to play. But the venue we really want to play is The Fox Theater — that’s our goal.

303: What’s an unpopular opinion you have regarding your line of work?

JH: Well, to riff off the last question, Boulder’s got a shitty music scene. I know that’s going to piss a lot of people off, but it’s either low or high for the indie scene. It’s been a little hard to crack into in Boulder, particularly, whereas in Denver’s music scene, there have been plenty of [shows] for us. There’s an abundance of opportunities in Denver.

303: You just released your song, “Narrator” in early December. Tell me a little about that?

JH: We started with riffs and lines, and have an eight-minute progressive song in a whole bunch of different times and realized that it sounded terrible. That’s typically where we start. We tone it down until it’s something palatable.

WK: We played it at a backyard show in September and it was like five minutes long. People were like, “what is going on?” and we knew we had to settle down. I feel like it was a melting pot of all of our approaches. It’s substantially different from everything else that was on the album. This was an iterative and collaborative experience to write this song. We would put out a demo and figure out what did and didn’t work. Johnny was bringing a lot of Pixie-like stuff so it has a Pixie-style introduction but with some funk guitar. It’s about drawing conclusions and making stories in your head when you don’t actually know the truth and you end up constructing this narration of how something will play out. It’s borderline fantasy but a lot closer to reality. It’s an address to your inner narrator. The lyrics are more or less about a date I went on.

Their 2021 introductory album happened to be the first time they produced their own music in the studio — an experience they thoroughly enjoyed. 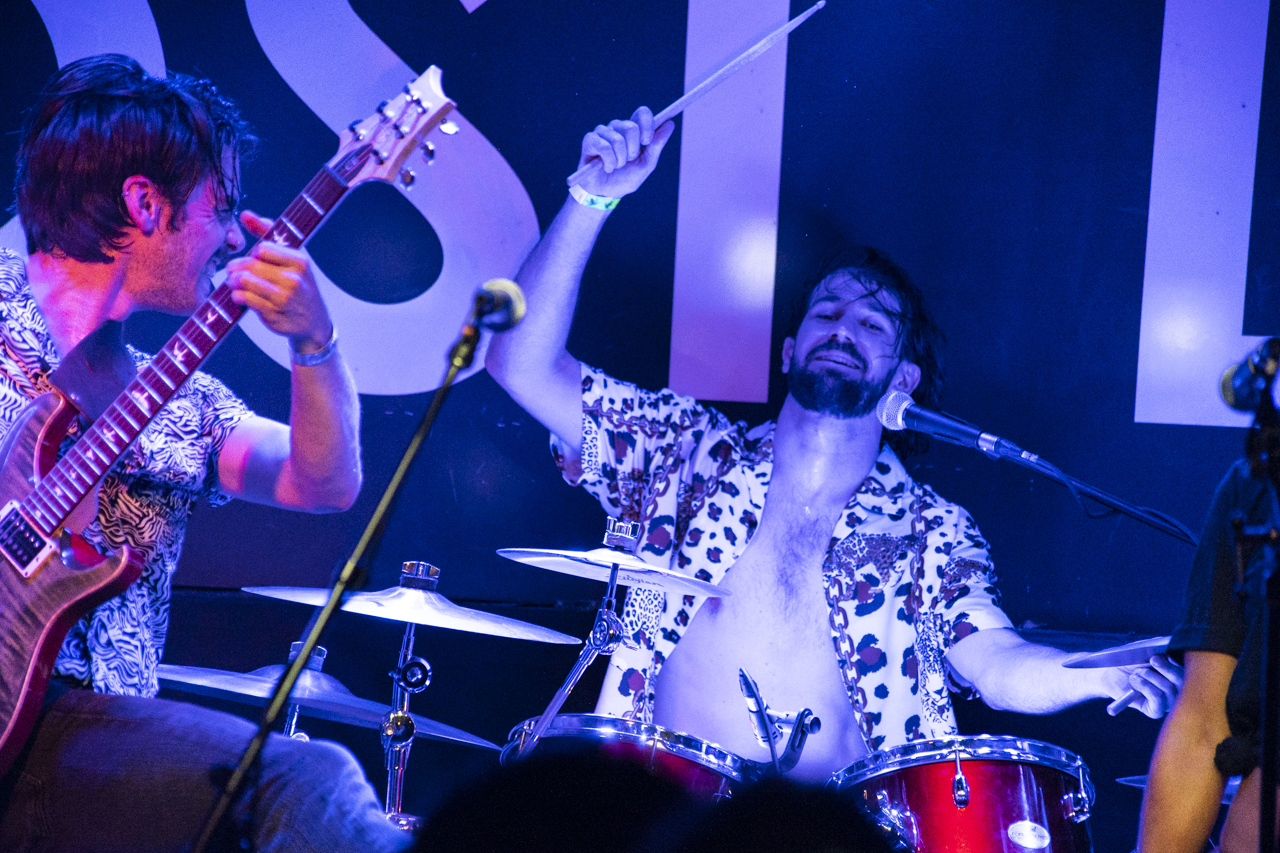 Wallace Kenyon (left) and Will Frazier (right) playing at Lost Lake. Photo courtesy of The Bannetones.

303: What’s been a hardship you’ve come across as a band, especially with COVID and your relatively new establishment?

WF: Just trying to get our music in the right ears. We just hope that the people who would be interested in our music get the chance to check it out, listen to it and come see us play.

JH: COVID has been a difficulty for a lot of bands and live music, but for us, it gave us this chance to build up all this band energy and creativity and it shut down the national touring scene so it gave us an opportunity to get in.

WK: We’re optimistic and trying to pay our dues, playing at these venues and hustling to get our friend groups to show up.

Without giving too many of their future plans away, The Bannetones confirmed new music to be coming soon and are excited for this new year. Like bread, the three-piece is rising and The Fox Theater doesn’t seem too far out of reach for a band that makes the best of every opportunity they get to play live.