More than a band, more than playing gigs, more than their philanthropic work, the “performance art collective” Lost Walks is a super-group that brings both music and dance to the stage to fulfill every possible definition of the word “show.” Locally-based, Lost Walks has found themselves in an ideal place for their artistry and creativity to thrive — in the up-and-coming arts, music and culture hub that is Denver. The group uses its platform as performers to partner with wildlife organizations to “raise awareness, empathy, and action toward protecting wolves and returning them to Colorado.” Lost Walks has found not only their niche but a multi-faceted purpose here in Denver that is both intriguing and impressive.

At the end of 2021, Lost Walks released their second album Blood Lantern, which comes as a “narrative prequel” to their 2016 debut album Wolf, Woman, Man. Self-described as “gothic rock opera,” Blood Lantern is undoubtedly that, and falls in line with their predecessors as a masterful and lengthy piece of hard rock ‘n’ roll with a heavy dash of darkness. Lots of vocals sing and speak alongside a variety of sounds that evoke all sorts of feelings (and goosebumps) throughout the album, with the passion oozing from each track. The 11 songs are rounded out with a twelfth track, “The Ecosphere,” a 46-minute epic all in itself. 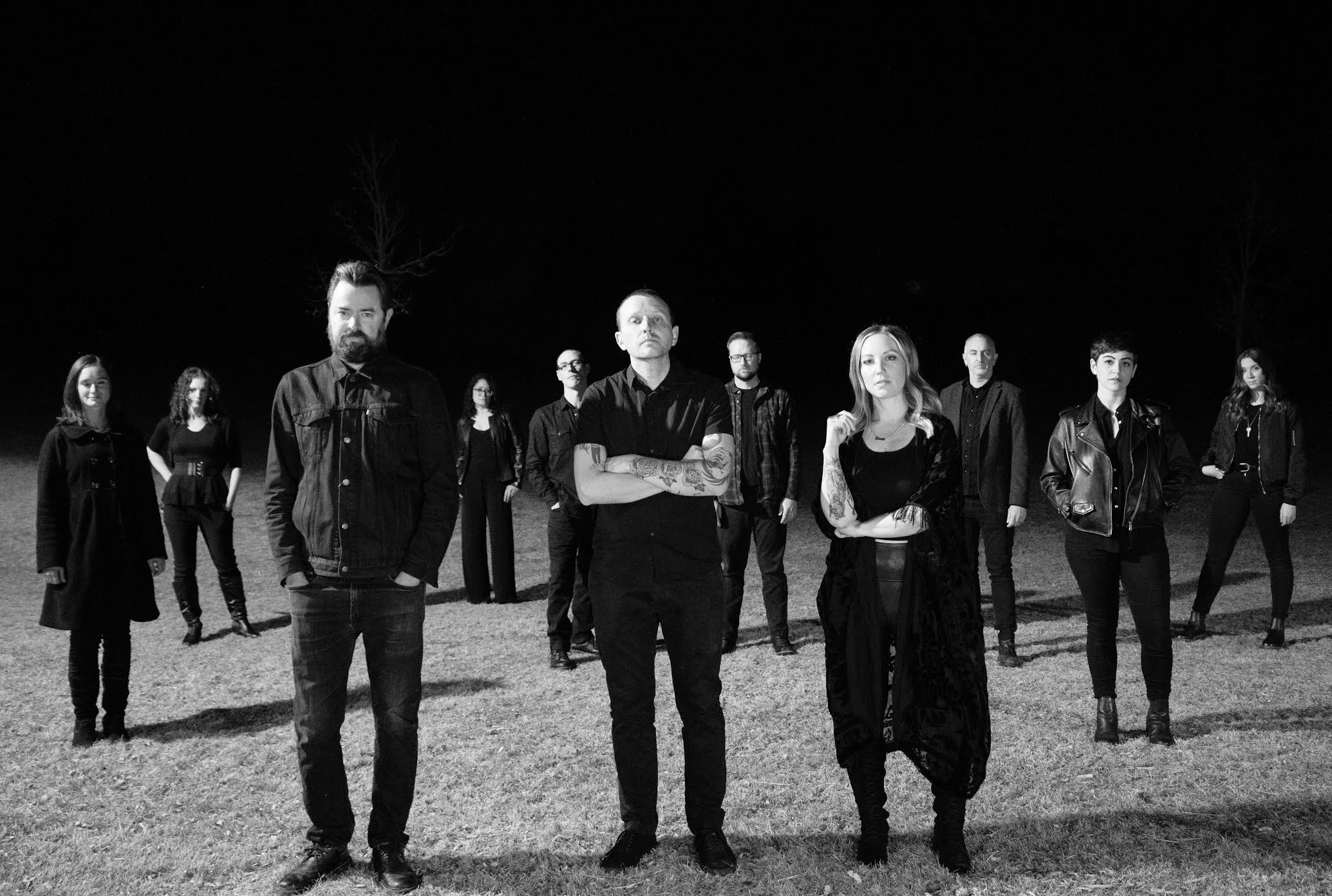 While Wolf, Woman, Man “tells the story of a couple who moves into a desolate mountain region and ultimately faces challenges from the elements, each other and a lone injured wolf.” Blood Lantern is its nonfiction partner, speaking on the “real-world implications of wolf reintroduction and conservation,” a movement that Lost Walks has made their passion to campaign for through their work. Moving beyond the music, the band teamed up with Denver-based magazine Birdy on their Blood Lantern website. The album-specific site features a series of artistic spreads that combines the lyrics with visuals and scientific data within the field of wolf conservation.

The performative band consists of guitarists Andy Thomas and Danny Aranow, drummer Cullen Hendrix, vocalists Dameon Merkl, bassist David Thomas Bailey, vocalist/choreographer Jen GaNun and dancers/choreographers Claire Steeno, Jessica Riggs, Laura Morales, Megan Roney and Sydney Skilken. They’re slated for a two-night run, sponsored by Indie 102.3, at RiNo’s LFX Filmworks in mid-March (dates TBD) and will be performing Blood Lantern in its entirety. Past performances have included “visual and experiential elements such as art panels, film projection, and even beer pairings,” and the two upcoming shows are sure to leave audiences in awe with all-new choreography and visuals.