We Tried It – An Axe Throwing Experience At FlannelJax’s

If you’re feeling tired of the same old office team building, or you just want to let off some steam and throw sharp objects near your friends, we’ve got some good news for you. FlannelJax’s just opened its first Colorado location in Arvada, offering the Mile High City a premier axe throwing experience. We decided to check it out and see if it’s worth all the axe-citment! 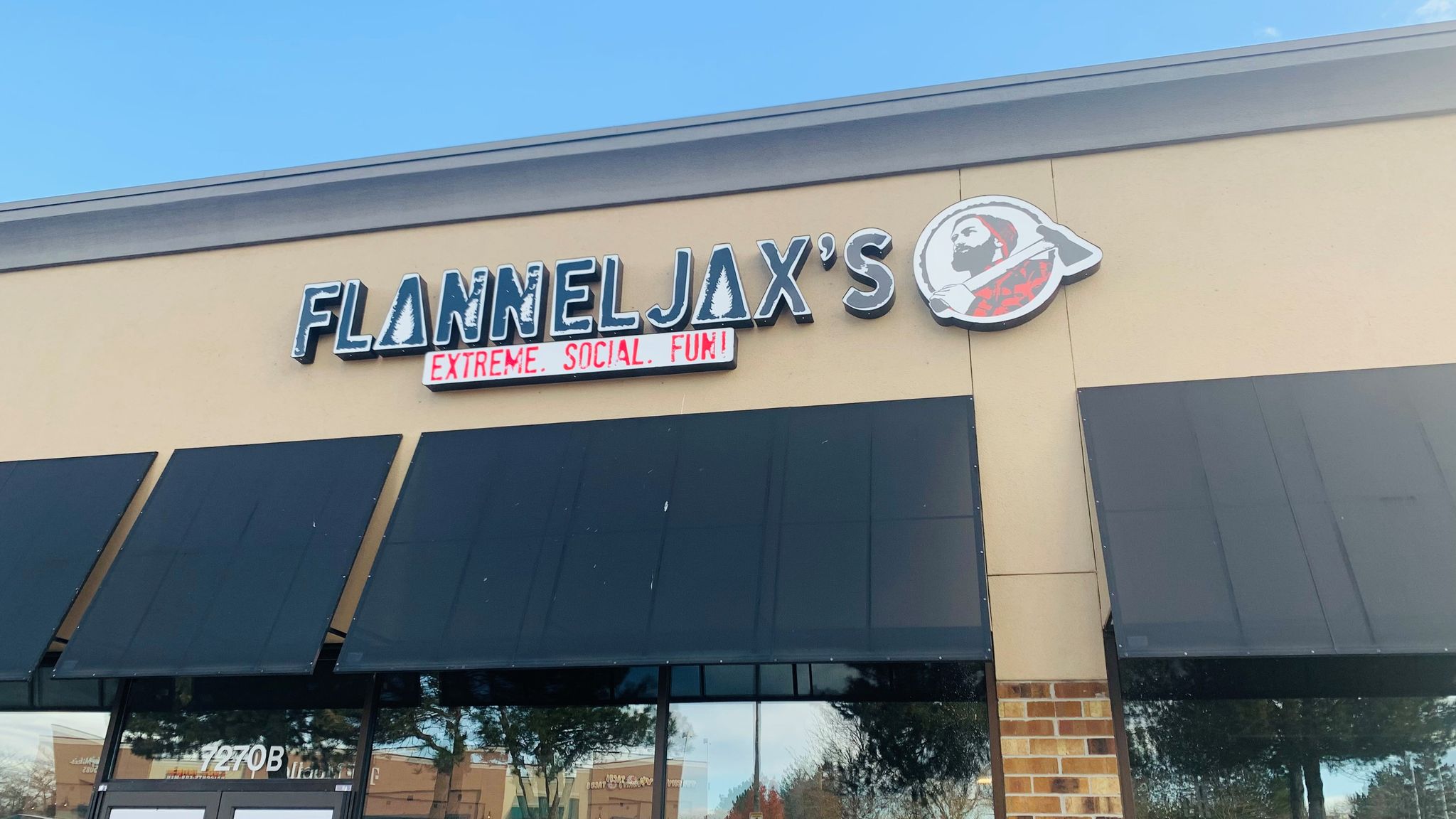 FlannelJax’s is the self-proclaimed “premier axe throwing” experience. Founded in 2018 in St. Paul, Minn., the brand has since expanded nationwide with six locations opened across the country and more on the way. Its brand new Arvada location is the first in Colorado and is quickly adding some competition to Denver’s axe throwing scene.

On top of the usual axe throwing antics, FlannelJax’s offers a range of lumberjack sports to keep your party going. All groups have access to its crosscut sawing station where you can try your hand at sawing through a 9-inch log as fast as possible. If you were in a fraternity in college, you’ll be overjoyed to hear it also offers its take on the college favorite game, stump, where each person takes a turn trying to hammer their nail into the stump. All of this is perfectly paired with a stocked bar of both local and familiar favorite beers, as well as some canned cocktails if you really want to guarantee you’ll never hit the bullseye.

FlannelJax’s accepts both walk-ins for smaller groups and booked sessions based on availability, and can accommodate groups from two to 100 people. Booked sessions run for two hours at $40 per person, while one-hour walk-in sessions run at $25 per person. All parties come with an introductory lesson to explain the basics and safety measures, as well as ongoing coaching throughout. 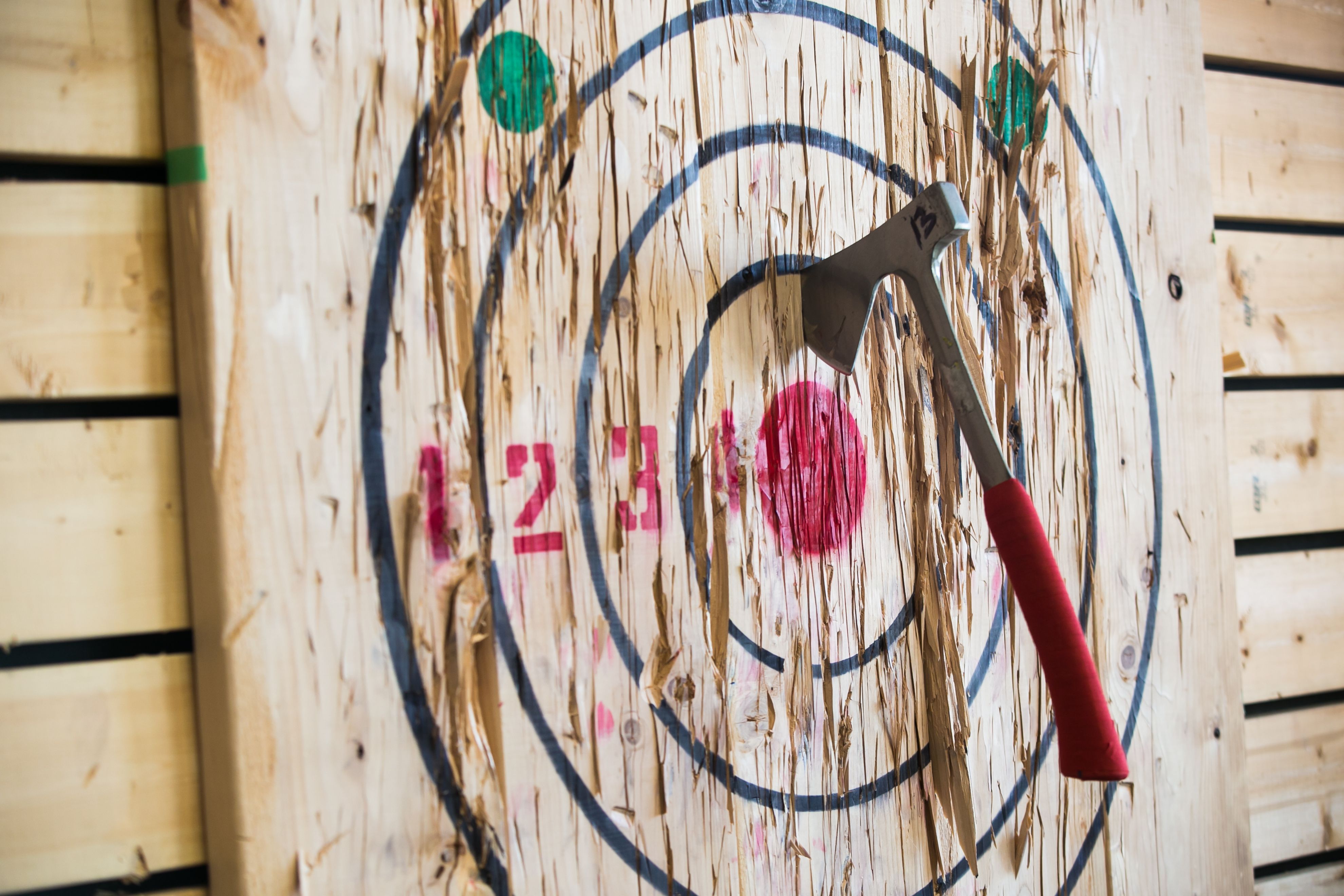 Getting in before the Friday night crowd, my party of three made our way to Arvada after work to try our hand at axe throwing. Only one of us had gone before and given the fact that I have the upper body strength of a small toddler, I had low expectations for how the hour ahead would play out.

My expectations were exceeded from the moment I walked in the door. Greeted by the incredibly friendly (and talented axe-thrower may I add) franchise owner Subhash Bahuguna and his team, we grabbed some beers from their bar and got right to it.

Our lane coach Mike did an incredible job guiding us through the basics of axe throwing and the safety precautions (you’ll be surprised at how often you almost throw an axe at your friend while they are trying to go get theirs off the target).

After a few rounds of practice throws, each of us felt confident enough to throw a freshly sharpened axe as hard as we could across the room. We turned up the music and went straight into two of its crowd favorite games — 21 and Cricket.

Most of the games are best suited for groups of four. I was hardcore third-wheeling that night, but thankfully that gave me the benefit of adding Subhash to my team. The game of 21 went quick — similar to darts, you tally up the numbers you hit around the bullseye and the first team to hit 21 is declared the winner. Cricket, however, did not. In this game, each group is hit each number on the target three times — including bullseyes. As you can imagine, this round included a lot more skill and a hell of a lot more frustration screams. Mind you, my group was also a few drinks deeper, so that definitely didn’t help us much.

Just as we thought we were wrapping up the party, Subhash and Mike led us over to the other lumberjack games. While we were already planning future birthday parties here; the Stump station absolutely sold us on FlannelJax’s. I closed out my night with an epic loss in Stump, but a new favorite spot in Denver. 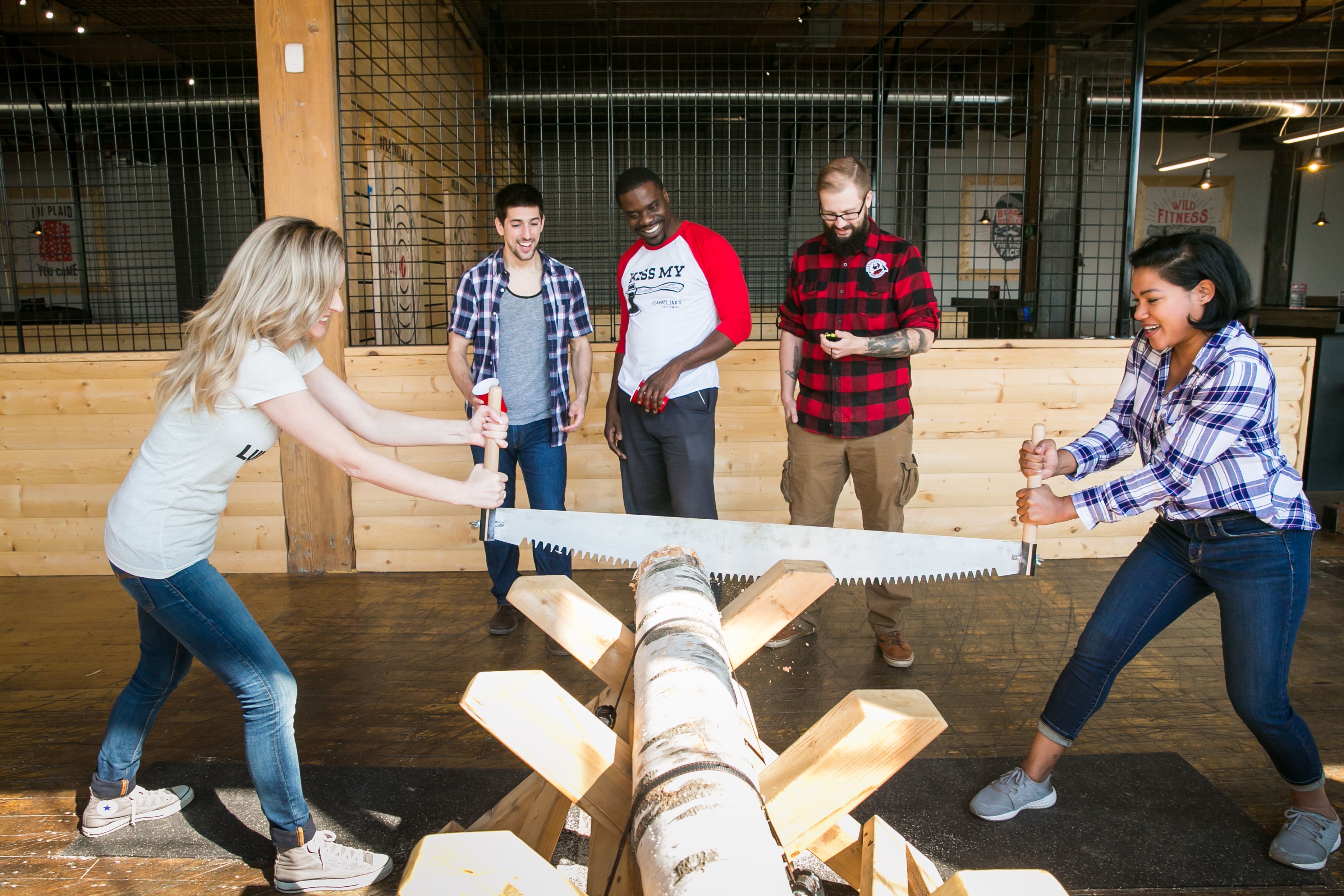 Whether you are looking for a new way to spice up office team building, a fun way to kick off your buddy’s bachelor party or even just a unique activity with some friends, FlannelJax’s is the place to go. The drinks are flowing, the axes are throwing and it is sure to be Arvada’s newest hot spot.