In the last few years, experimental alt-pop began to haunt the music scene like a bad habit. It seemed every young imaginative with a drum kit fought for their pound of flesh, staking claims in the over-saturated genre. But, like most things, only the strongest (and most intriguing) voices have survived. Lucky for us listeners, a fascinating new contender has emerged in the burgeoning genre with Denver-based CAGEMATES and their EP, Roll the Dice.

Released in June, the EP is shrouded in mystique. CAGEMATES combines elements of heavy underground house, soft indie and dream-pop for a thoroughly unique listening experience. Like a disjunctive family, each track stands alone beautifully yet an underlying bloodline runs through the work as a whole. A melancholy brand of hope plays with the heart in songs like “NPCs.” The band begs question after unanswerable question throughout the work — an intensely human quality — the ability to ask and not receive but keep trudging on anyway. What is life without a few mysteries anyway? These ideas come to a resounding pinnacle by the final track “STILL TRYING,” in which a lulling guitar alongside wailing vocals seem to hum “it’s not okay but maybe that’s okay.” 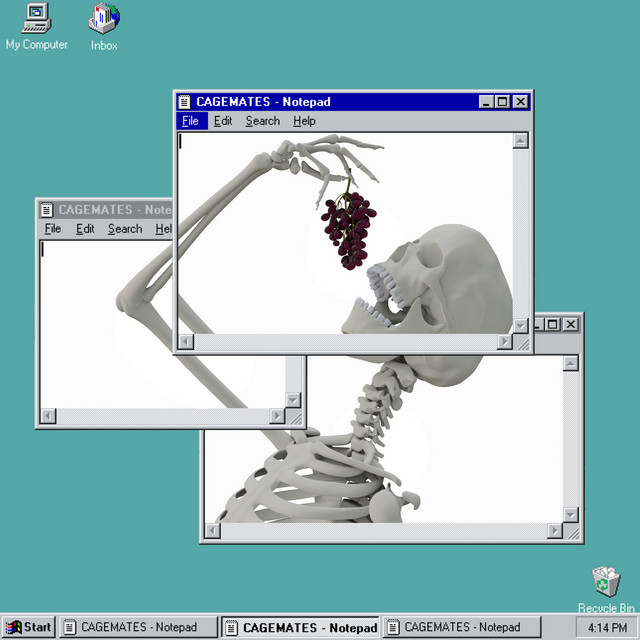 At times, Roll the Dice pays homage to the genres of metal and punk in subtle yet intriguing ways on tracks like “GET YA” and “PHUBBIN,” respectively. The latter track — so named after a slang term meaning to lend one’s attention to their phone rather than the person in front of them, expresses a lingering nostalgia for a slower, more intimate time pre-cell phones. The lyrics croon “show me what I wanna see, tell me what I wanna hear, can’t fall behind,” perfectly encapsulating the inherent disillusionment rippling through the digital age. An oxymoronic generation that is infinitely connected yet lonelier than ever. Stale connections are fostered through megapixels. The song itself embodies this dichotomy, busting through the first few bars with fast-paced grunge-pop then abruptly morphing as the gritty guitar mellows into a wistfully ravenous loop. Yearning permeates the body of “PHUBBIN,” as well as so much of Roll the Dice.

The EP’s vocals hide behind dreamy drum licks — acting as a supplement rather than the focus of the music. These beats stare the listener down, challenging them to blink in an anarchistic yet measured fashion. This music dares its listeners to think, no matter how deep it gets. Though the beats are catchy enough to be played in the background of a good party, when dug into and digested, Roll the Dice unveils more and more intrigue. Each track deserves a second, third, even fourth listen. If you blink, and you might miss something brilliant. In this way, CAGEMATES carves out a chaotically brilliant tracklist that, after only five songs in less than 12 minutes, leaves the listener thirsting for more. Fear not — CAGEMATES shows no signs of stopping with five more singles sets released this year alone. As it would seem, CAGEMATES will continue pumping out their unique ingenuity for the foreseeable future.

Listen to Roll the Dice here.