When a guitarist and a drummer are assigned dorm rooms across the hall from each other at the University of Colorado (CU), it could be considered serendipity, and in 2013, that’s exactly what happened with Scottie Bollin and Adam Haimbaugh. The duo then met fellow freshman Jack Kotarba and the three entered a casual “jamship.” From playing college parties in 2013 to the formation of Morsel in 2017, the official five-piece jam-grass band are now celebrating their self-titled debut album, released on September 24. Produced by banjoist Chris Pandolfi and released on The Infamous Stringdusters’ record label Americana Vibes, Morsel is in some great company to help lead them straight to success.

After hoping to get into the studio for a while and patiently searching for the right producer, the band joined forces with Pandolfi which was “a dream come true” for them. After spending most of November of last year laying down the record, the end result is a fun and funky 12-track album that highlights both the synergetic atmosphere of a jam band and the immense talents of five passionate individuals. Bits and pieces of bluegrass, country, rock, funk and so much more, Morsel showcases the best of a five-piece band that came to fruition in the right place and at the right time. 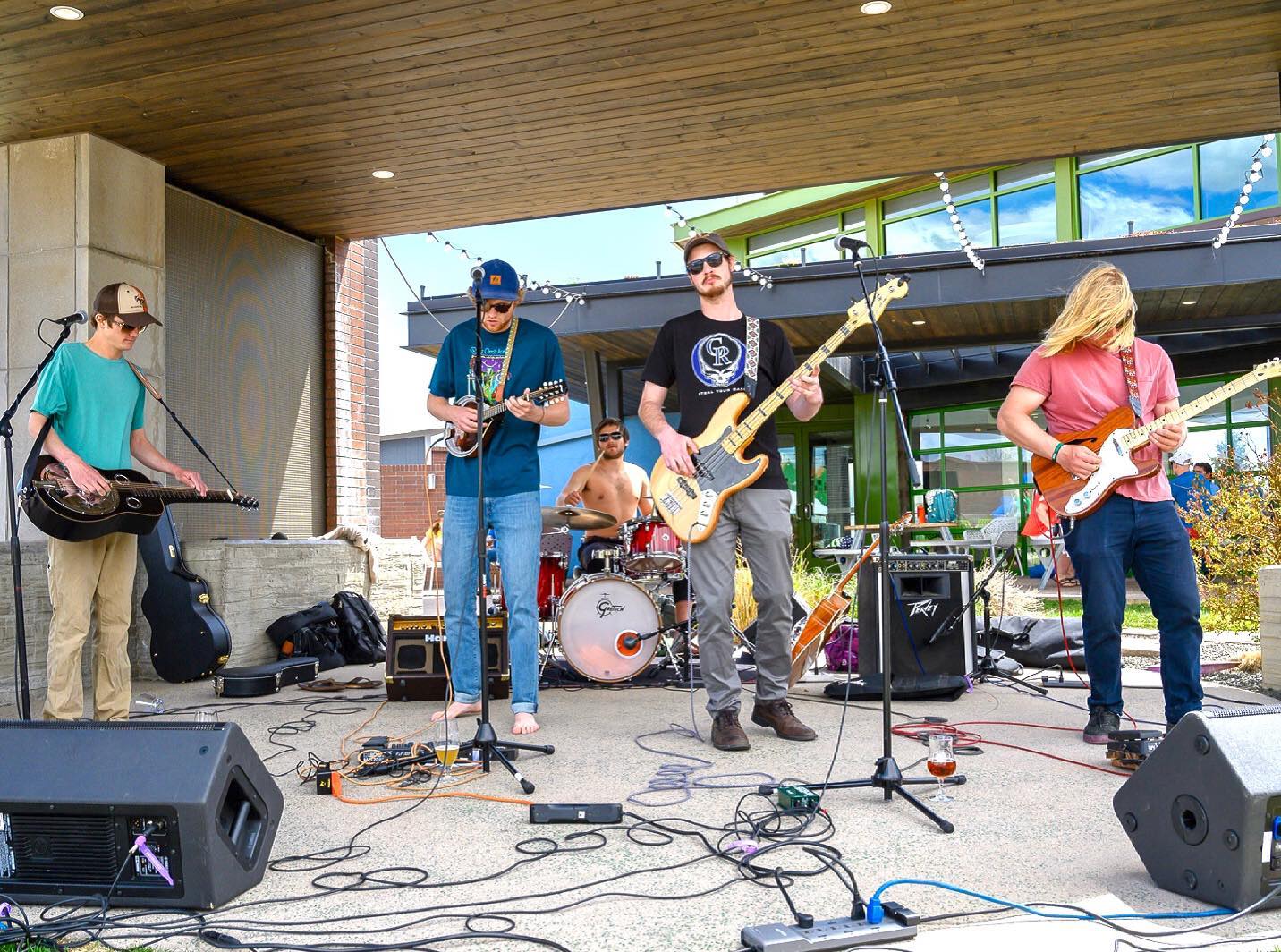 The essence of Morsel’s authenticity comes from the diversity of the musical backgrounds of now-mandolinist Bollin, Haimbaugh, bassist Jack Kotarba, guitarist Ricky Krenger and dobroist Evan Hoatson. Though they consider their genre to be jam-grass, the five members each have different influences and backgrounds in terms of their musical styles and abilities. Their music covers more ground than the confines of any one genre, which is due to the collaborative spirit of the band. “We have a lot of collaboration going on and it’s a process that involves the whole band,” said Bollin. Four of the five bring music to the table, while three of the five write lyrics.

Bollin is one of the three to bring his words to life through music. His rockabilly “Back Home” was written about his childhood home in Virginia and how his parents broke the news that they were selling the place he had grown up in. “The song makes me think about what I felt when I would go back home to the farm and visit my family,” he said. Each tune has a unique vibe and evokes a new feeling, giving Morsel a distinct and special place within the music scene.

Having recently wrapped up their first out-of-state tour that included eight shows in 10 days through Utah, Montana, Idaho and Wyoming, the band is ready to get Colorado groovin’. With a handful of in-state gigs coming up and more to be announced, it’s the home team’s turn to catch the fresh-faced Morsel. They’re headed to Steamboat’s Schmiggity’s on October 23, opening for bluegrass legend Del McCoury at the Aggie Theatre in Fort Collins on October 27, and hosting a costume party at Lost Lake on October 30. Bollin feels grateful for the Colorado music scene, its energy and attention level to the music, and is excited to hit it hard for the local fans.

Listen to Morsel on Spotify here.