Monday night, Tame Impala took over Ball Arena for the “Phase I Rushium® Trials” North American Tour, complete with absolutely insane lasers and lights, and a shit-ton of colorful confetti. The show, which was rescheduled from July 2020, was definitely worth the wait. At this point, it’s been a while since the release of their most recent project Slow Rush, and this distance allowed the band to explore some of the older material from their incredible discography. More importantly, the dynamic light show proved to be incredibly enticing and elevated each song in strategic and meticulously ways throughout the entire two-hour performance. Despite a rocky opening act and occasional sound issues, the Tame Impala experience was practically unmatched during its highest peaks.

The opener, Sudan Archives, was not remarkable. It’s unfortunate too because she had a cool charisma and decent stage presence, although she looked pretty lonely by herself on the massive stage. By far the coolest thing about her performance was her costume, which boasted vibrant colors and a fully functioning violin attached to her shoulder which she shredded throughout her performance, adding some much-needed flair to an otherwise unimpressive and occasionally inadequate vocal performance. 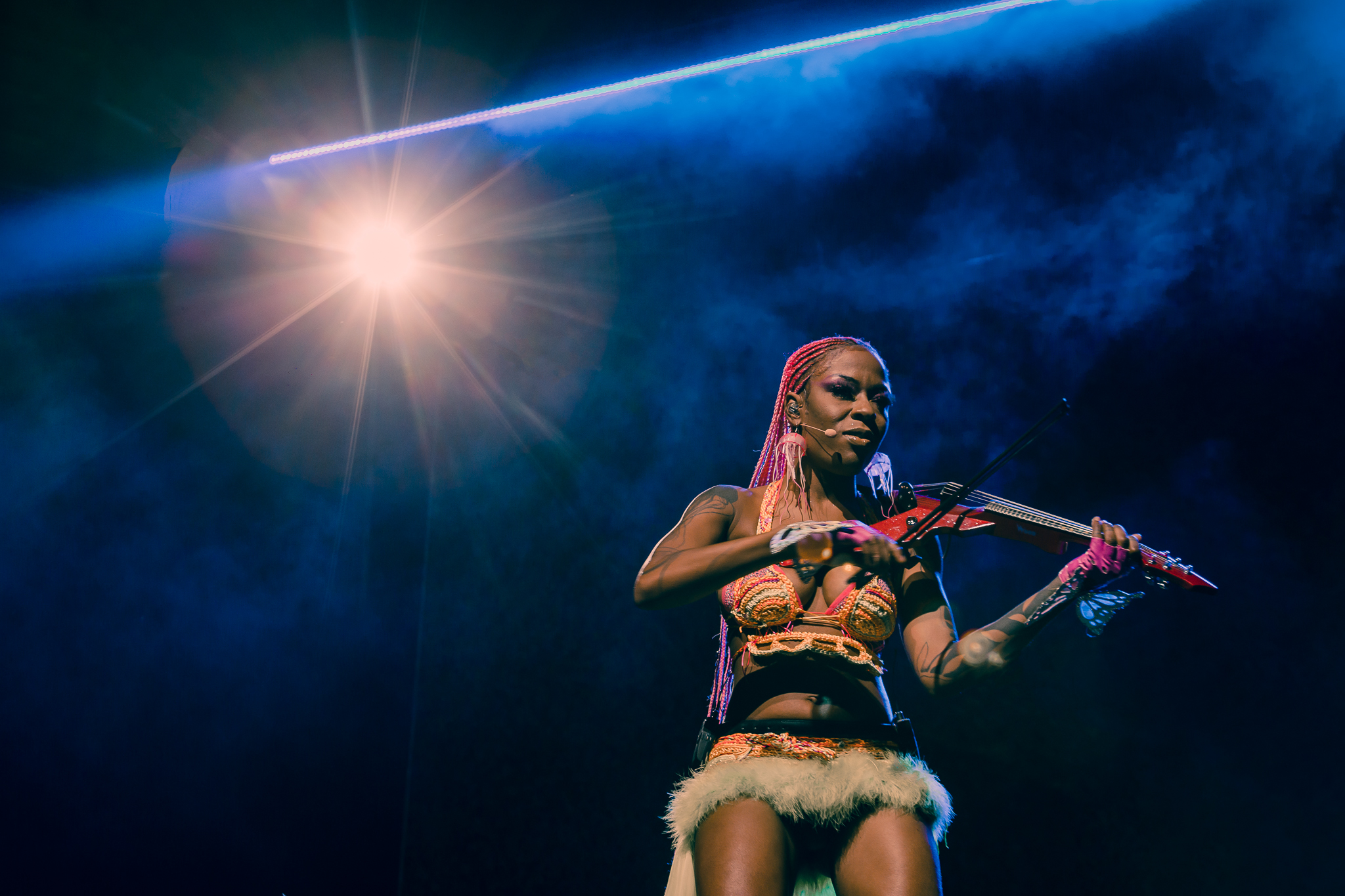 Following Sudan Archives, Tame Impala began with a brief introduction from a virtual doctor who introduced the crowd to Rushium – most likely an allegory for LSD – and encouraged the crowd to explore Parker’s psychedelic world and neglect the traditional concept of time. Thankfully, even without drugs, the morphed vocal effects, delays and lasers remained impressive throughout the entire performance.

After opening up with “One More Year,” giving the crowd a small taste of the immaculate visual spectacle yet to come, the band performed one of their biggest hits in recent years, “Borderline,” which neglected Kevin Parker’s ambient vibe in favor of a rhythmic groove and lively energy. Parker managed to stay with a similar vibe as he moved into the drum-heavy “Mind Mischief” from 2012’s Lonerism. Almost a decade later, the song arguably remains one of the most impressive examples of songwriting in modern history. It’s a timeless track that was greatly enhanced by neon orange, blue and purple lights that illuminated the stage and mirrored the song’s sonic atmosphere and nocturnal ambiance. 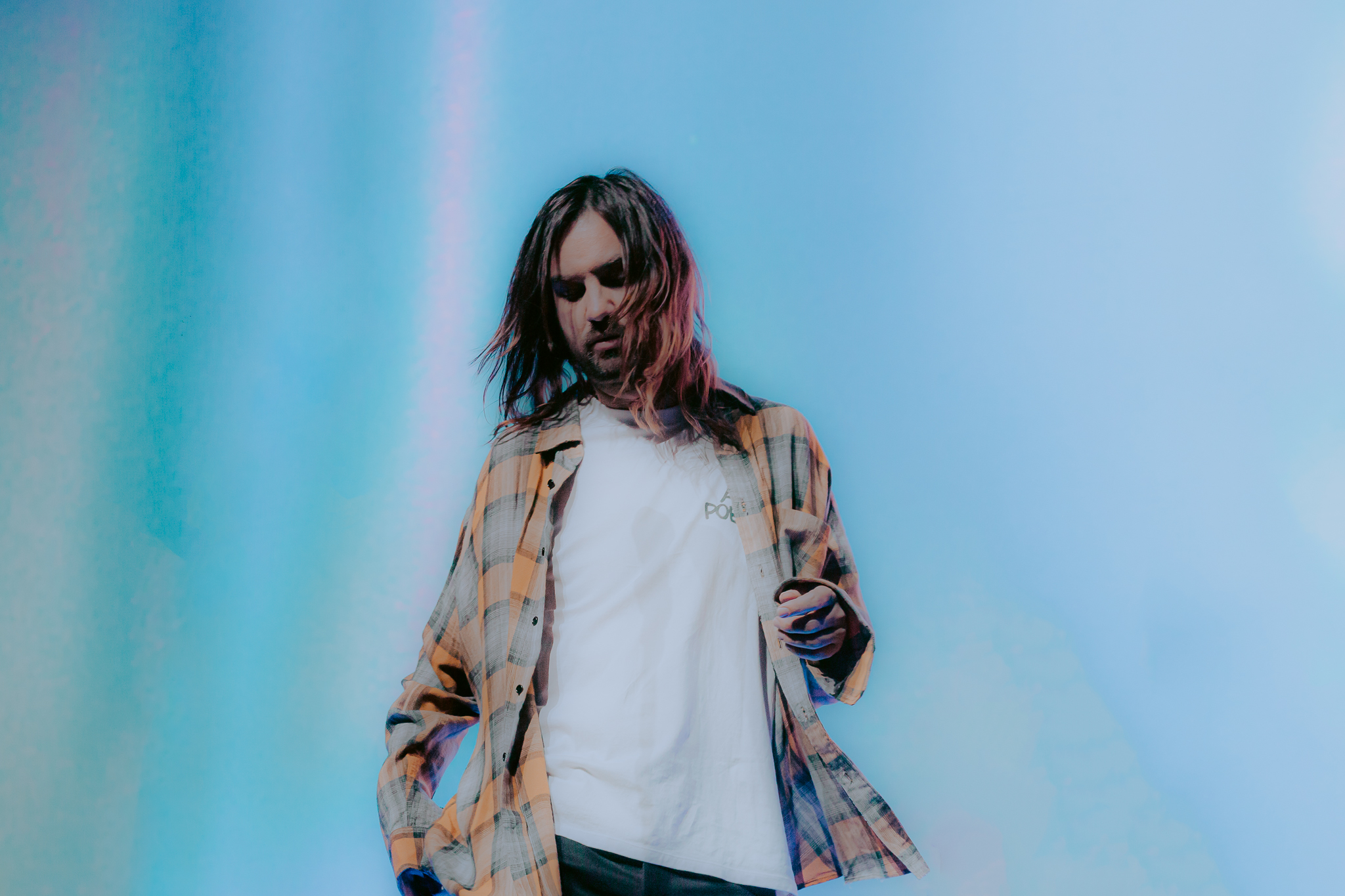 As the show went on, the performance slowed down and the light show took over. Parker seemed more focused on creating a complete multimedia experience than he did on singing his songs. That’s not to say his singing was bad, it wasn’t, but it also wasn’t very spirited. More or less, Parker chose to blend into the background and let the visuals and instrumentation take center stage.

The tempo remained relatively mild as Parker performed “Breathe Deeper,” “Posthumous Forgiveness,” and an engaging cover of Travis Scott’s “Skeletons,” which he produced. As the last leg of the performance began, he took things in a different direction.

The massive halo hanging above the band transformed into a spiraling ring of flashing lights and gently descended to the stage while Parker enjoyed a rare guitar solo as the lasers kicked into overdrive. The stadium quickly became painted with all sorts of vibrant colors and flashing lights. This spectacle was particularly impressive from the stadium floor as the lasers created a ceiling of immaculate colors that almost seemed to be alive, interacting with the music and the audience in increasingly unexpected and organic ways. 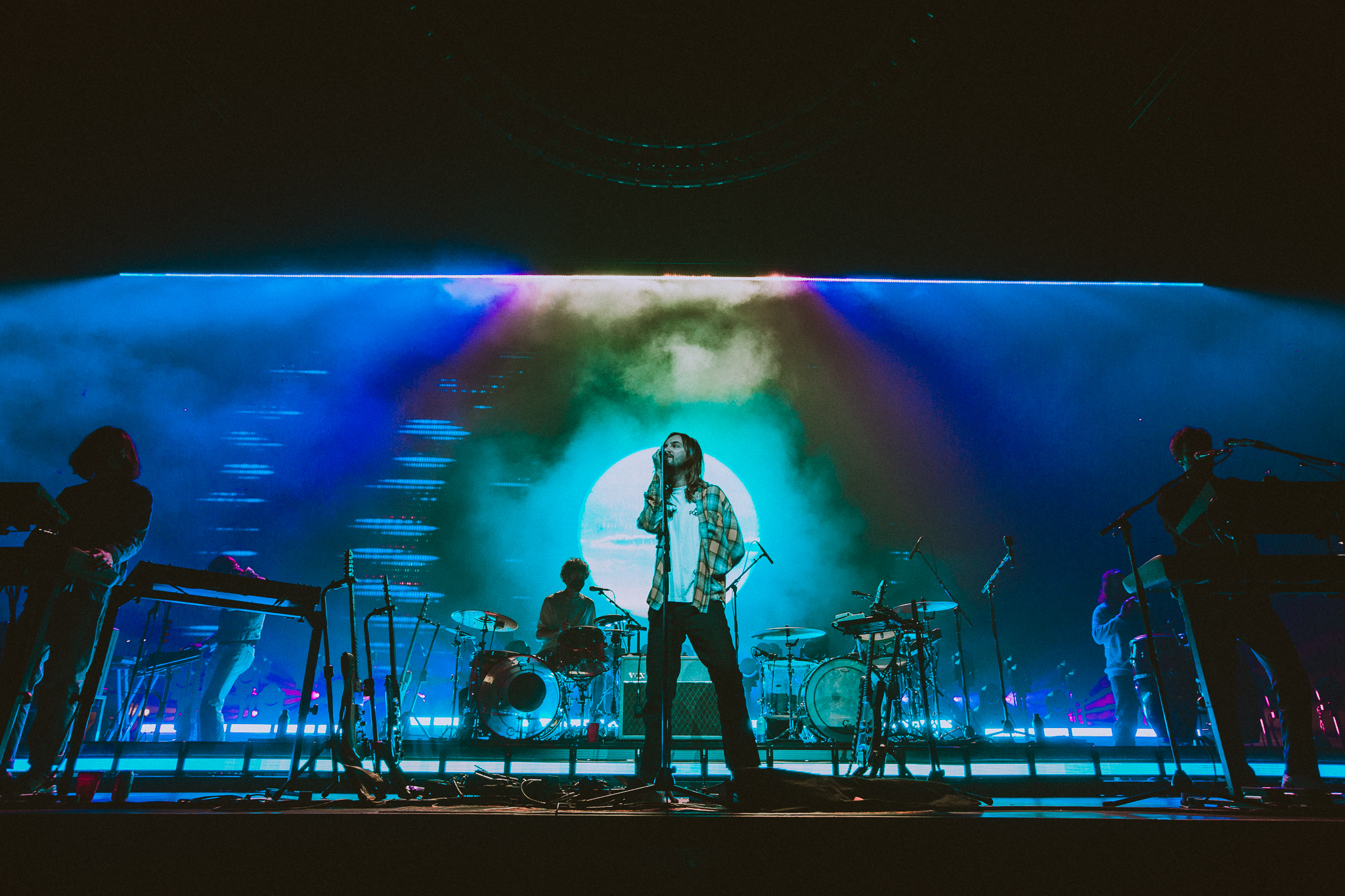 Parker closed the show with an explosion of confetti as “The Less I Know the Better” played out, and the crowd soaked up every moment. Tame Impala’s music is great, but their live show is what really sets them apart from their contemporaries. It’s a sensory experience that utilizes media in unique ways and explores music as a tool for presentation more than anything else, which definitely isn’t a bad thing.