The beginning of Lady Romeo, pronounced “ro-MAY-oh,” can be credited to singer Asha Romeo and guitarist Gerald Robinson’s music theory professor at the University of Colorado Boulders’ College of Music. Thanks to a classroom seating arrangement dictated by last names, Romeo and Robinson found themselves becoming fast friends. With a shared passion for making original music, their friendship became the first link of indie rock, neo-soul band Lady Romeo.

Robinson and bass guitarist Jack Rockwell initially met at Fairview High School and formed a short-lived band called Toy Dinosaur. After graduation, the band members dispersed, but Robinson held on to the desire to create another band. Meeting Romeo gave him that chance. “We just went to a practice room one day after theory class, and we sang the old jazz standard, ‘Misty,’ just because he wanted to hear me sing,” Romeo recalled. “We haven’t stopped since.” 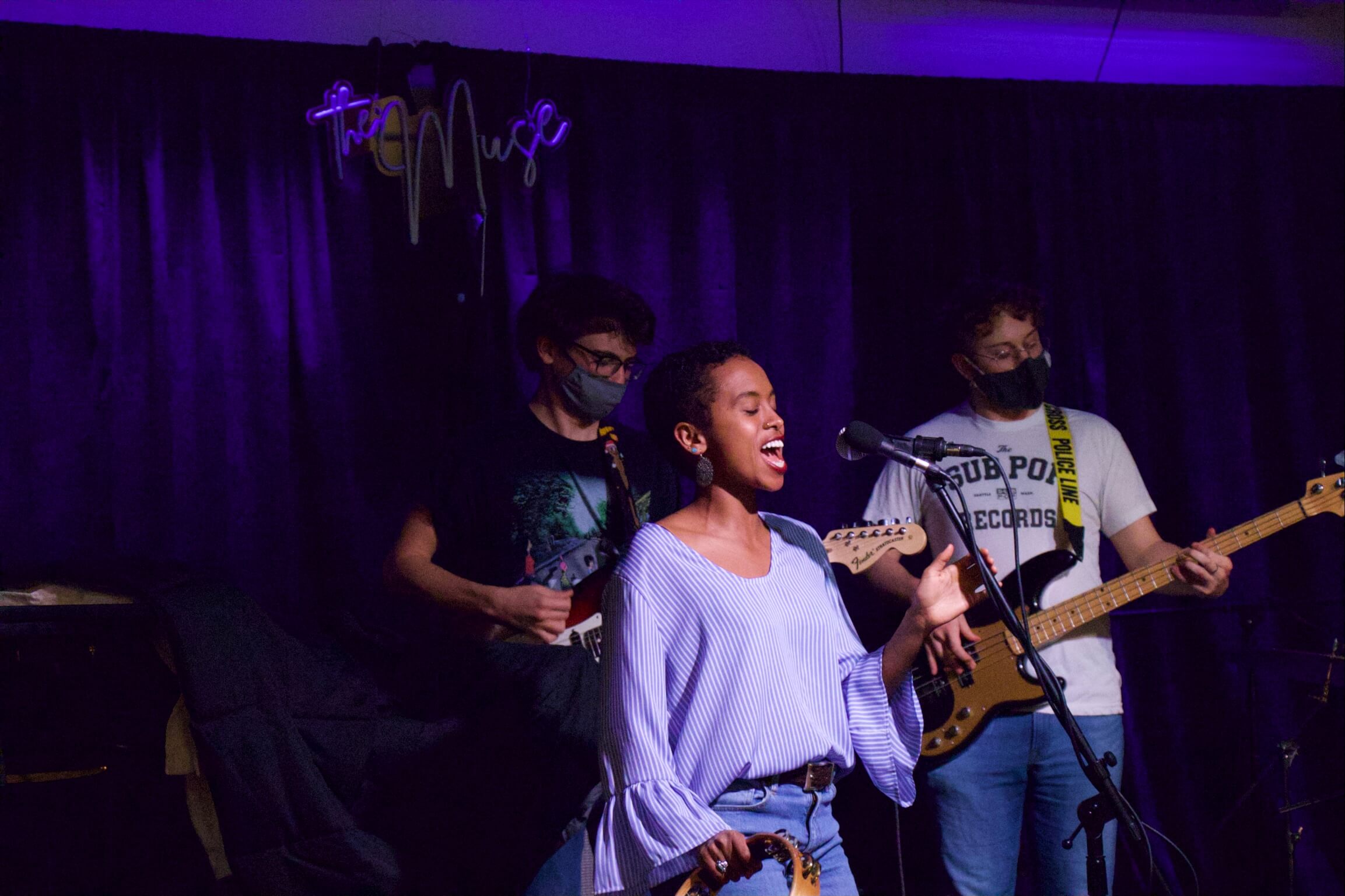 Robinson went on to piece together the band with other classmates and peers, and by the fall of 2019, landed on Romeo, Robinson, Rockwell, keyboardist Chris Kerr and drummer Rowan Woodbury as the lineup for the band. Finding their sound took time, as balancing full music student schedules with a burgeoning band proved to be a challenge, but the five of them took advantage of summer vacations to develop their chemistry and hone in on their identity as a band.

They draw inspiration for their sound from a wide variety of classic rock and funk bands, including Led Zeppelin, Radiohead, Anderson .Paak & The Free Nationals and Hiatus Kaiyote, though every member of the band brings their own unique sound to the table. “At this point, we’ve been able to have a pretty clear sense of what kind of sound we like to produce,” Romeo said. “it’s more or less a combining of classic rock and neo-soul, which is the part that I bring to it, and Gerald and Chris like to incorporate their musical gadgets into our music for an indie, alternative feel.” 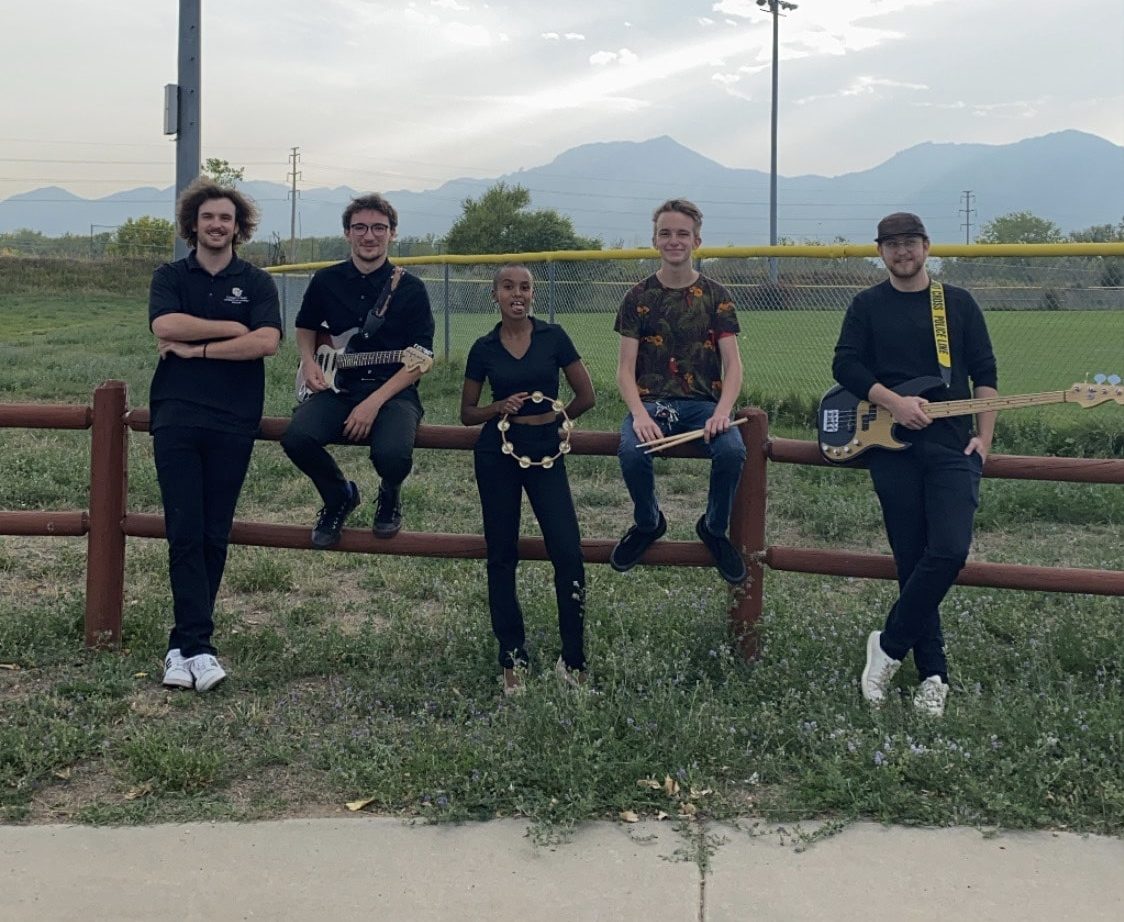 Robinson and Romeo function as the main songwriters, both playing to their own strengths. They describe their song creation process as being very organic, a serendipitous meeting of the minds. “A big part of our process is just wanting to be explorative — we both wanted to be inventive with the way that we are creating music, and we didn’t want to create stuff that sounded exactly like the type of music that we listened to,” Romeo explained. “I think we were both just very open-minded about what to create, musically.”

The band recorded their first two singles in March of 2020, on their way to creating their debut EP. However, when the university closed due to COVID-19, they were forced to put their plans on hold. After the school year ended and the pandemic showed no signs of ending any time soon, they hung up blankets on the inside of Robinson’s backyard shed to create a makeshift studio space and completed their EP, So It Goes. Sometimes upbeat and quirky, sometimes angst-ridden, the band found inspiration for the EP everywhere, from toxic relationships to Vonnegut’s Slaughterhouse-Five. On the opening song, “Yellow Room,” the band samples “Lisa It’s Your Birthday” from “The Simpsons” simply because the two songs share a similar melody. It’s a record that perfectly reflects the band’s youth and showcases their idiosyncratic sound.

Though classes and the pandemic made it difficult to collaborate much over the past year, Lady Romeo has still managed to keep the momentum from last summer going. Recently, they performed and recorded at the Muse Performance Space in Lafayette and have even been hard at work making their debut album which will be released in late May. In a step up from a sweltering garden shed, the band recorded the album at Evergroove Studio over the course of a weekend, and while Romeo describes it as the “fanciest, nicest thing” the band has ever done together, they still maintained their signature DIY sound. 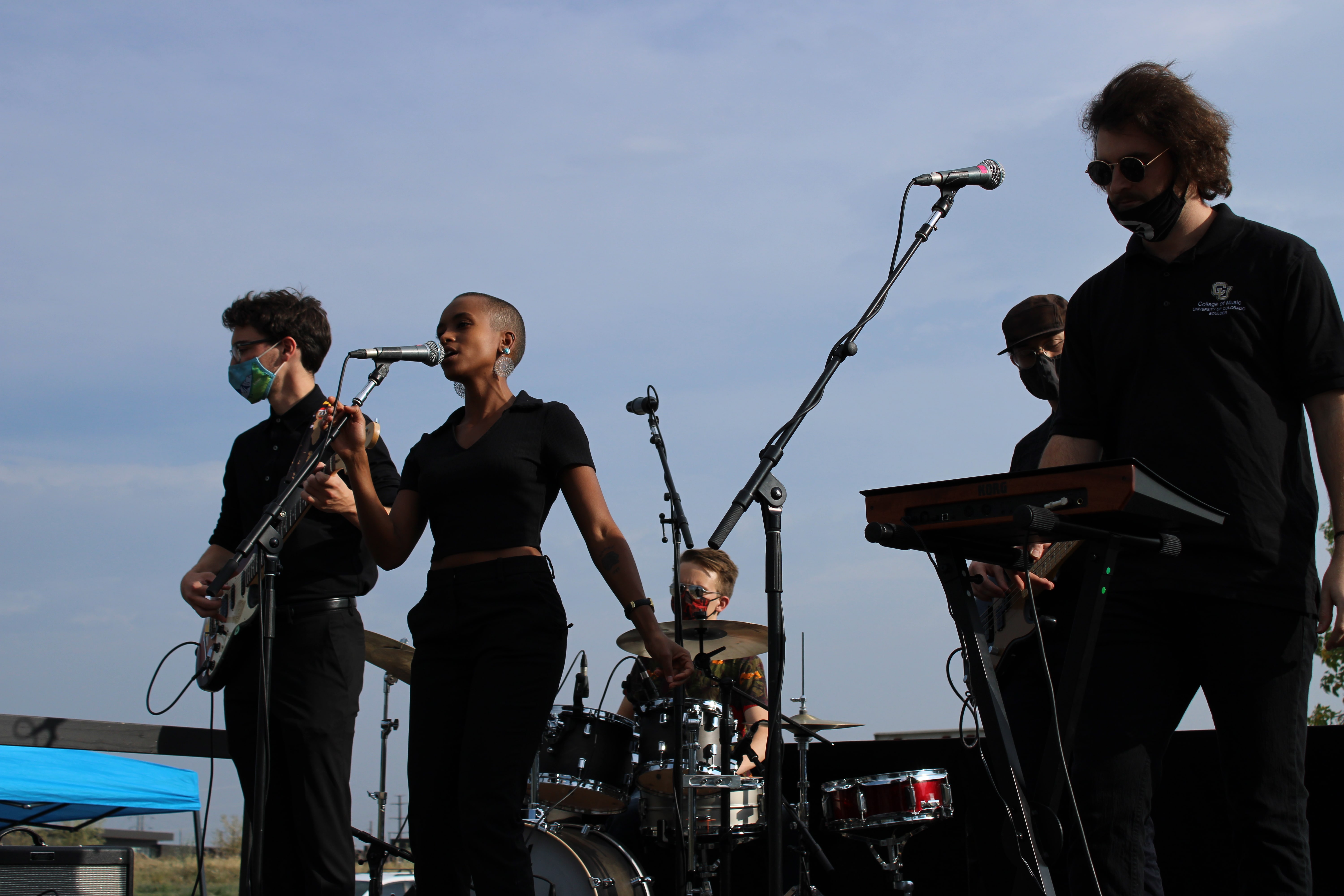 While they are looking forward to their full debut release and hopefully live performances over the upcoming summer, they’re well-aware of their priorities as college students and how young they all are. They readily admit that their futures and the future of the band are unknown at this point in their lives.

“Being a solid band all the time — it’s been really hard for us to do that. As college students with so much else going on in our lives, it’s been a challenge for us to be consistent about rehearsing and gigging, and I’m not sure if we’re all going to be here, once we all graduate. I think we’re just kind of leaving it open-ended, and if things continue to work well — if we all continue to have space for the band in our lives — we’ll continue.”

Despite the uncertainty, all five members are focused on enjoying their time as a band and the bliss of getting to create together right now. Outside of creating music, they maintain a close bond, with the band being a bonus part of their relationships with each other. “We have this little tradition — a solid plan for all of us that when we would have rehearsal, always plan, an extra hour after rehearsal, because we’re gonna go to Good Times,” Romeo said. “We’re gonna sit together and talk about the music that we just worked on. More or less, we are a family — we take care of each other.”

All photos courtesy of Lady Romeo.