After COVID crushed the food and bar industry in Denver, the Mile High City started to look like a ghost town. Meanwhile, across the city’s quiet streets and sidewalks, the pandemic was taking a toll on Denver’s houseless citizens. “I love supporting local restaurants,” explained Headwater Protectors leader and local community organizer Ean Tafoya. But, “since the pandemic, people have been saying ‘support small local businesses.’ And not that that isn’t a great thing to do, but it just raises the question: ‘why can we have these restaurants that are blocking the right of way in Denver with their outdoor tents, that have heating for people to eat in, but not provide the same for our houseless people?’” asked Tafoya. 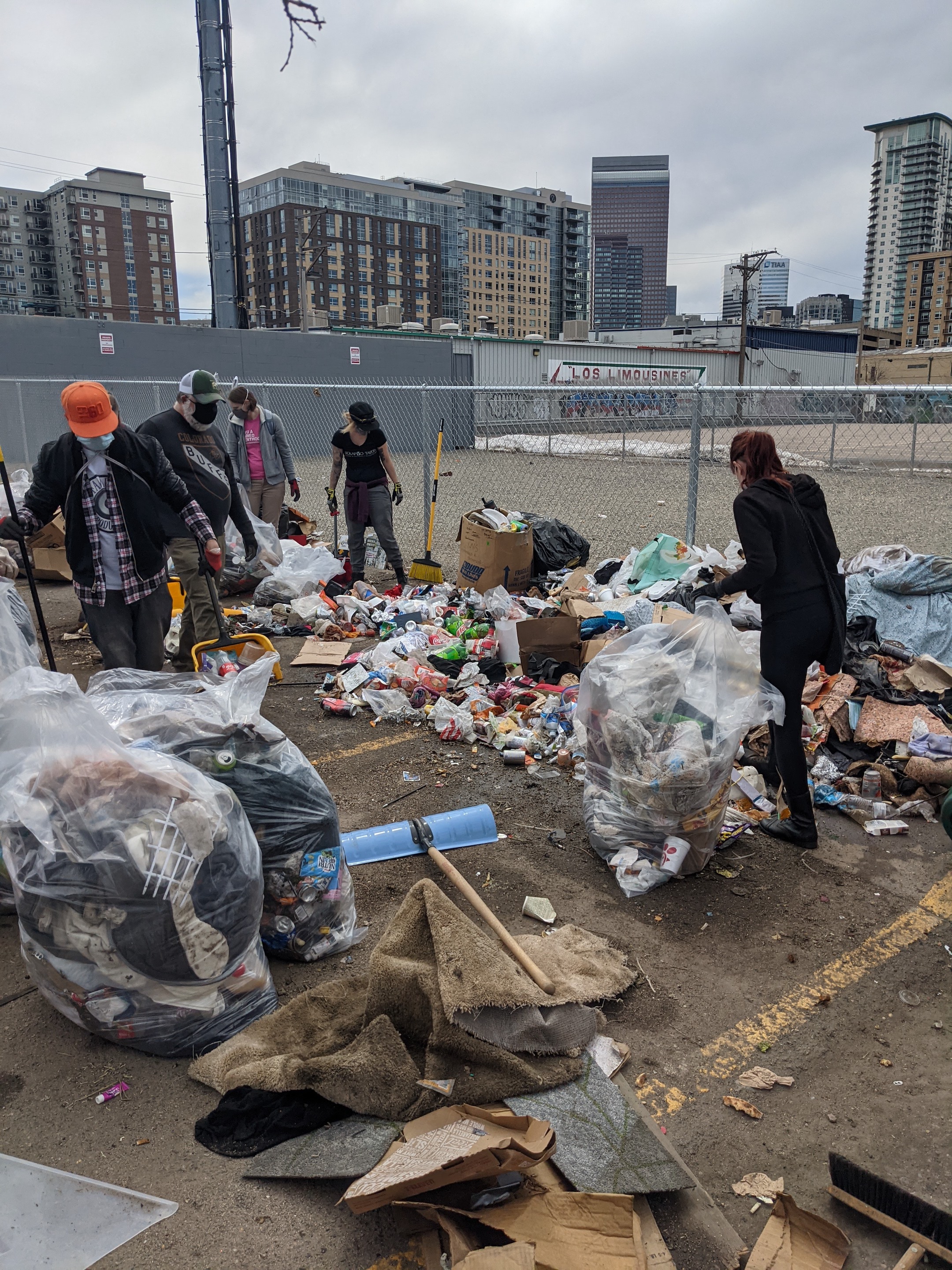 It became apparent to him it was because the city doesn’t prioritize the appropriate distribution of resources for houseless residents — even during a pandemic. According to Tafoya, this calls for more accountability across the board. So it led him to take matters into his own hands by creating Headwaters Protectors.

They offer essential mutual aid resources, like training in harm reduction, trash collection, needles, providing drinking water and other water services and offering live-action exercises in emergency shelter planning, along with social justice advocacy like acknowledging and honoring indigenous people. On an average week, the organization gathers around 150 bags of trash.

Tafoya has been involved with community activism and advocacy in Denver for years. He’s a bit of an overachiever when it comes to making the city a progressive and inclusive space for all its residents. He’s run for Denver City Council, pitched a “Green New Deal for the Unhoused” to the city and has snuck his music festival organizing skills into educating the community about emergency shelter planning and preparation.

Denver, and Colorado in general, consistently ranks among the top places in the U.S. with the highest quality of life. U.S. News listed Boulder in first place for the best city to live in the country, with Denver coming in second for 2020-21. On that note, after San Francisco, Denver also ranks the second-highest city in gentrification, according to a 2020 study by the Metro Denver Homeless Initiative. The same study found that 31,207 people in the Denver metro area alone were experiencing houselessness. Additionally, homes in Denver now average well over $600,000. Evidently, the biggest reason for growing unhoused residents in Denver is the lack of affordable housing.

Denver’s current method of resolving this critical issue seems to be persistent houseless “sweeps.” An effort that cost the city over $400,000 last year. Again, the year where a deadly global pandemic was happening. 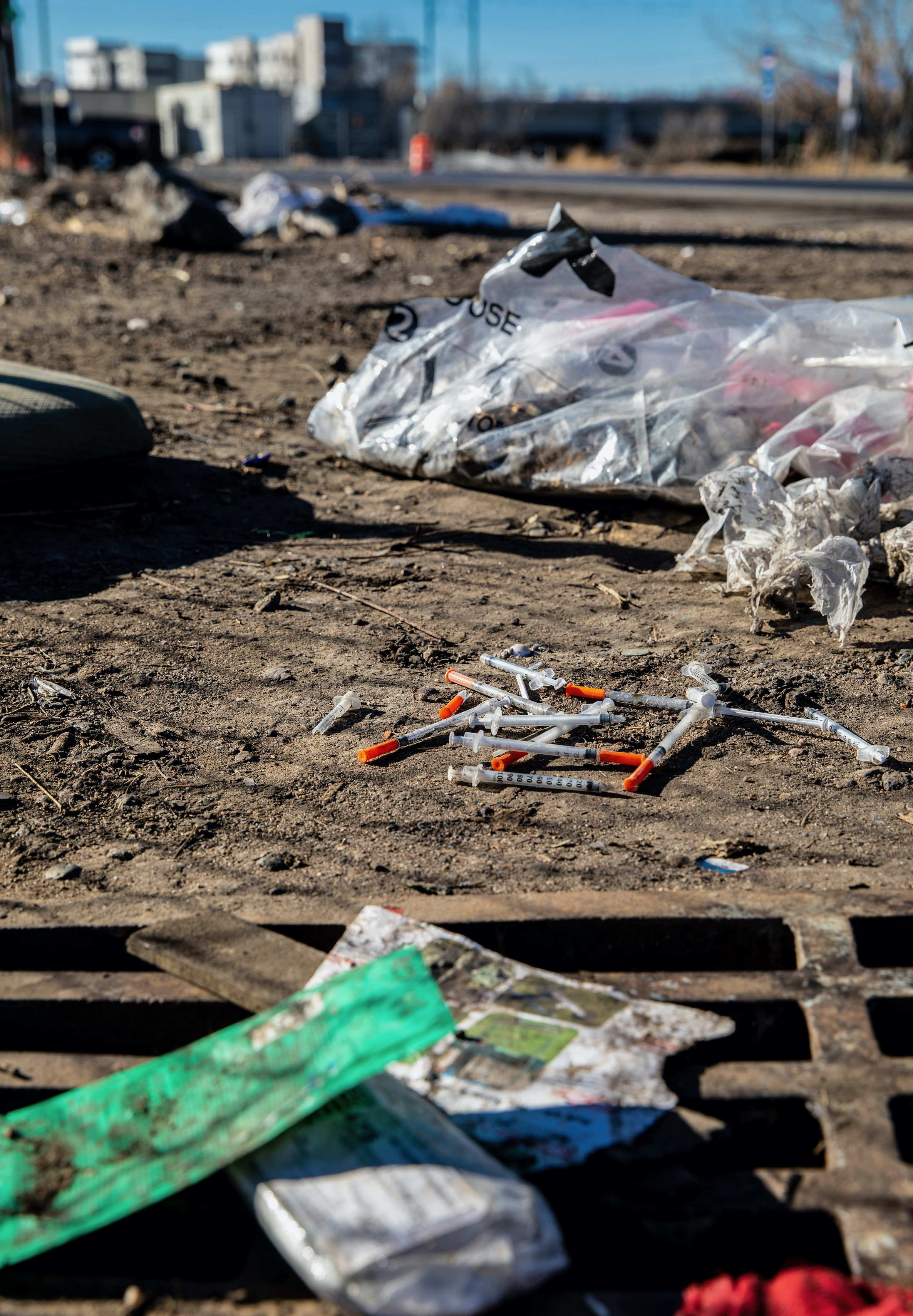 The city’s Keep Denver Beautiful program has denied the organization’s recent requests for more cleaning supplies over safety concerns of allowing citizens to clean up after and around homeless encampments.

Aside from this grim reckoning, progress is being made. Denver Parks & Recreation have begun supporting the organization with brooms and other supplies to help their cleaning efforts, and the city has been more responsive about helping collect trash. However, the city’s support doesn’t suffice.

“What we really need is the regular service and that is what we are working towards,” said Tafoya.

Headwater Protectors meet at 10 a.m. every Sunday at Benedict Fountain Park. All photography provided by Ean Tafoya unless noted otherwise.