“The mission of Curious Theatre Company is to engage the community in important contemporary issues through provocative modern theatre,” explained Dee Covington, Education Director at Curious Theatre Company, “Our mission with our education program is to connect youth to the field. I like kids to feel like Curious is an artistic home for them and they’re as viable to the fabric of the field of American theatre, as new writers, as anyone.” 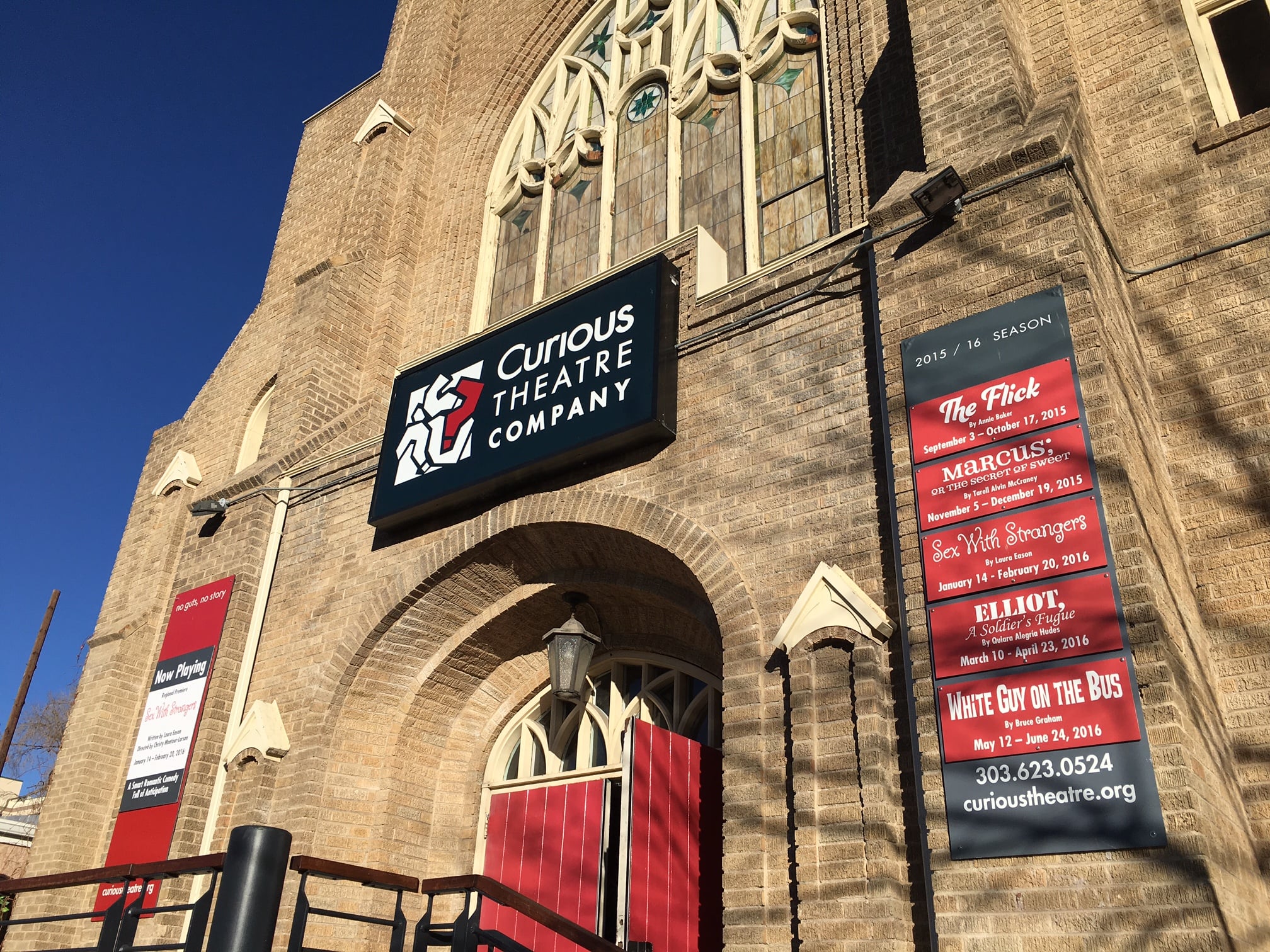 Debuted in 2018, In Transit is a two-person play written by Holden Thomas, that explores gender identity and language through a conversation between two siblings, one of which is in the process of transitioning (Oliver played by Ayla Sullivan), and the other sibling (Ethan played by Quinn Marchman) struggling to understand his brother’s journey. As the pair drive to Chicago to pick up Oliver’s testosterone to support his transitioning, the siblings dive into a personal account of connection, the need to feel understood and included by others and the complexities of gender constructs and the limitations of language’s ability to express ourselves fully to others. Oliver cries in one scene, “I have an idea of myself, of who I am. I know that idea inside and out. I have spent so much time living in this body trying to figure out how to live in it. I know what the idea is, but the vocabulary to me to express it, is so–limited.”

BLACK. is another emotional and enlightening roller coaster written by the courageous and talented Lamaria Aminah, an outdoor educator, world traveler, activist and artist. Following the murder of a Black boy by a police officer, two mothers attending the boy’s vigil (played by the powerful Ilasiea Gray and Anastasia Davidson), spark up a conversation about race, white privilege and police brutality, unraveling a heated, emotional reckoning with systemic racism for Davidson’s character. 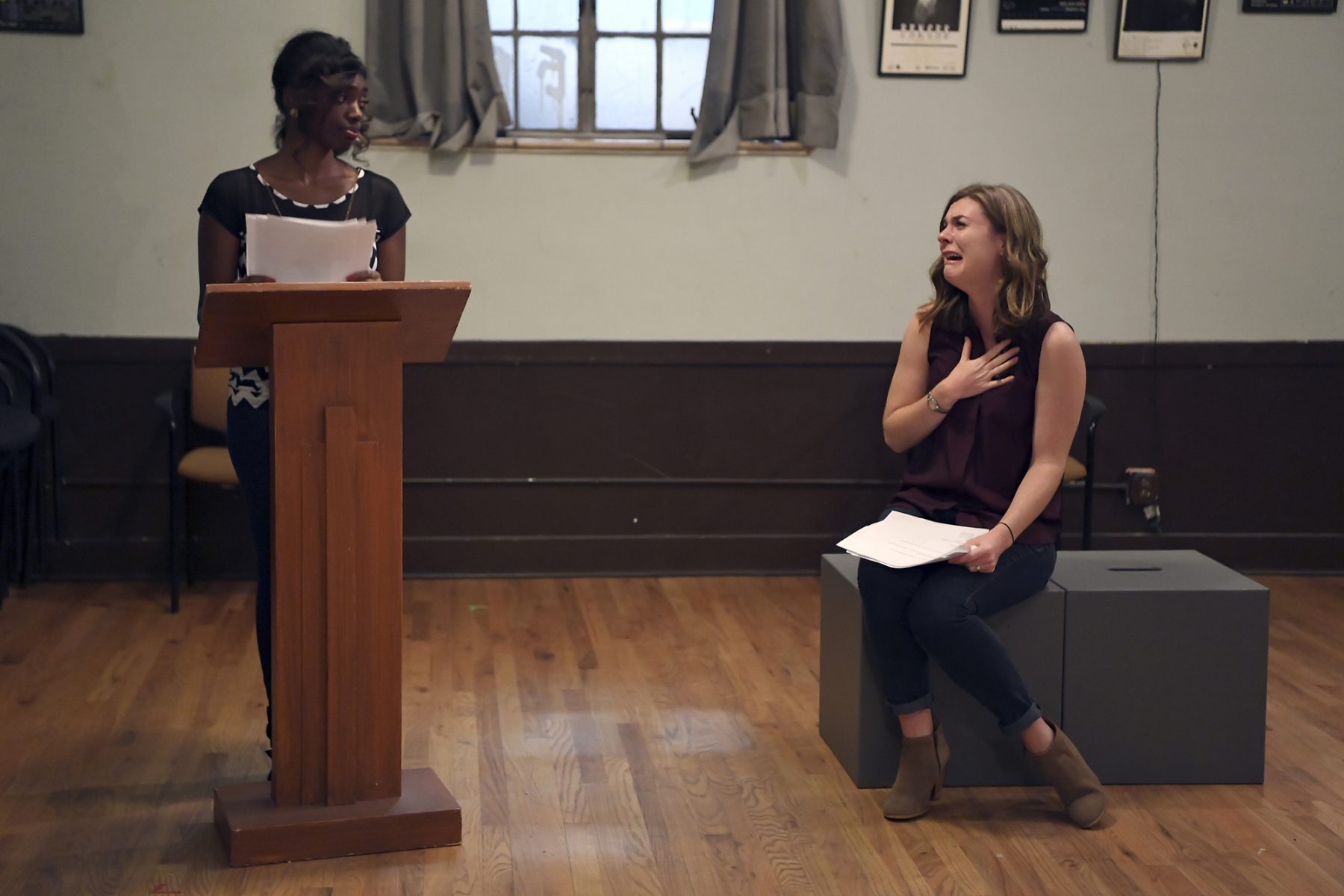 Originally premiering in 2016, in the aftermath of Trump’s election, Aminah realized that a shell of deep resentment, racism and division of values was peeled in the United States. The conversations performed in BLACK. have grown mainstream relevancy following the collective focus on the Black Lives Matter movement last summer.

“America has so much it needs to work through, pick apart and acknowledge to move forward. Otherwise, we just see it every four years and it cycles around elections. But it’s always happening,” explained the writer and creator, “Nothing has changed. The same police brutality, systemic racism, oppression and capitalism are all still in place. I think with Trump being in the presidency, it really ripped off the band-aid and lifted the rug, so it was in our face.”

Aminah unexpectedly jumped into Curious Theatre Company’s playwriting program and the success of BLACK., her very first play ever, has inspired her to write a full-length play about mass incarceration, something that has affected the artist personally. 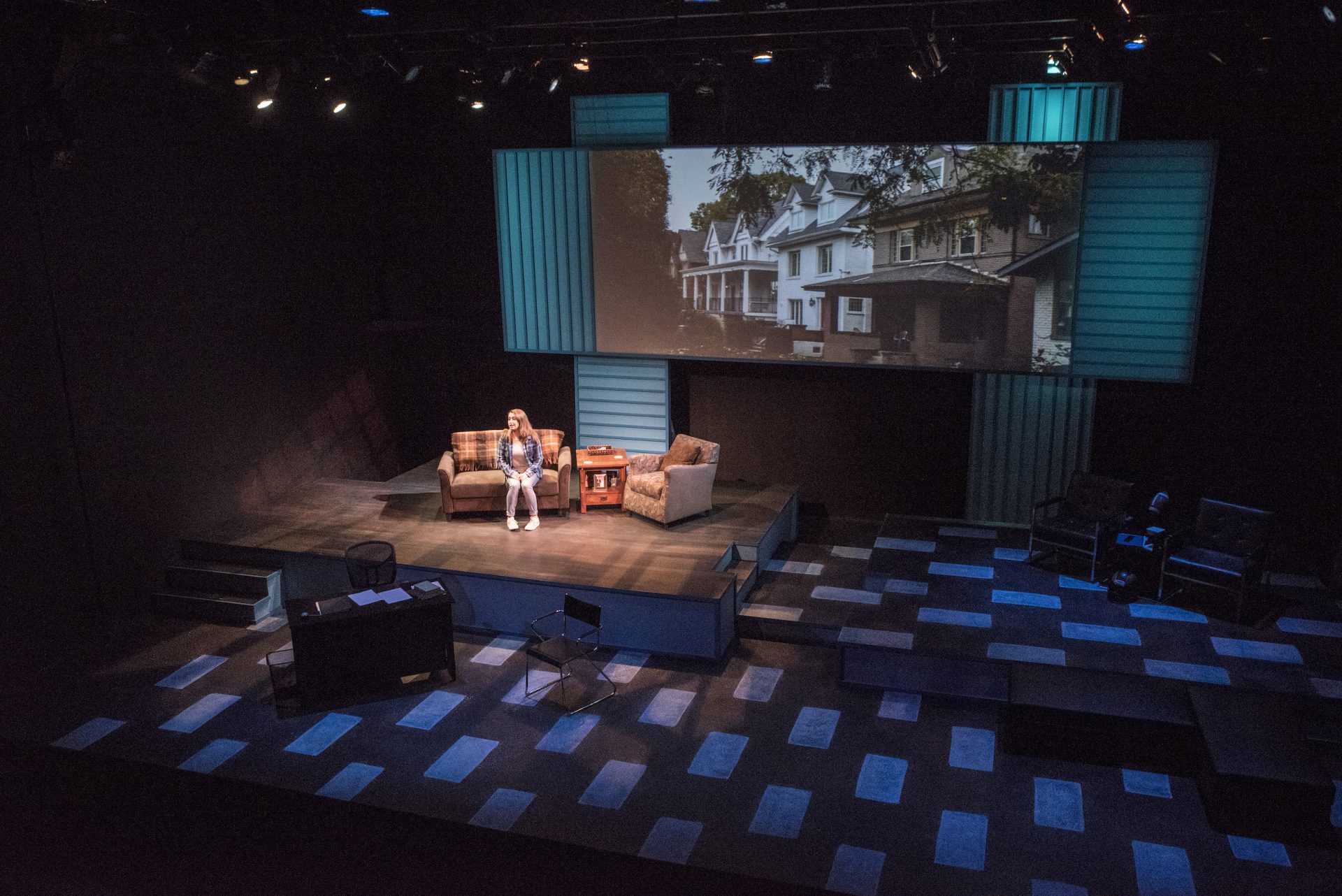 Both BLACK. and In Transit formed through Curious New Voices, the theatre’s playwriting program, now in its 17th year, which is aimed towards high school and college students. “What I always say to young writers is there is no secret password, hierarchy or inner sanctum that you have to get to enter the field of playwriting. All you have to do is be a writer,” said Covington.

In Transit and BLACK. are available on Curious Theatre Company’s website to view on demand. Tickets are $10.