2020 is a year of loss. Not just the loss of our health and safety, but of our sanity as well. Shadows of proverbial and literal flames look twice as long in isolation as the world continues to turn and burn. Injustices against others ignite anger that feels hotter than it ever has, with hopelessness smoldering in the hearts of many. People are feeling a mental breaking point that seems just on the horizon or long past, and that is why Stop Motion is here to say “we’ve had enough.”

With somber guitar chords and smoky vocals, Stop Motion released their single “Enough” capturing the uproar over the killing of George Floyd and the strife this year has held. However, it is not just a song about the anger of the current societal situation. The song fills the void of hope that people need to keep pushing onward right now. It is an anthem that declares how fed up people are and how they will come together to overcome the problems our society faces. 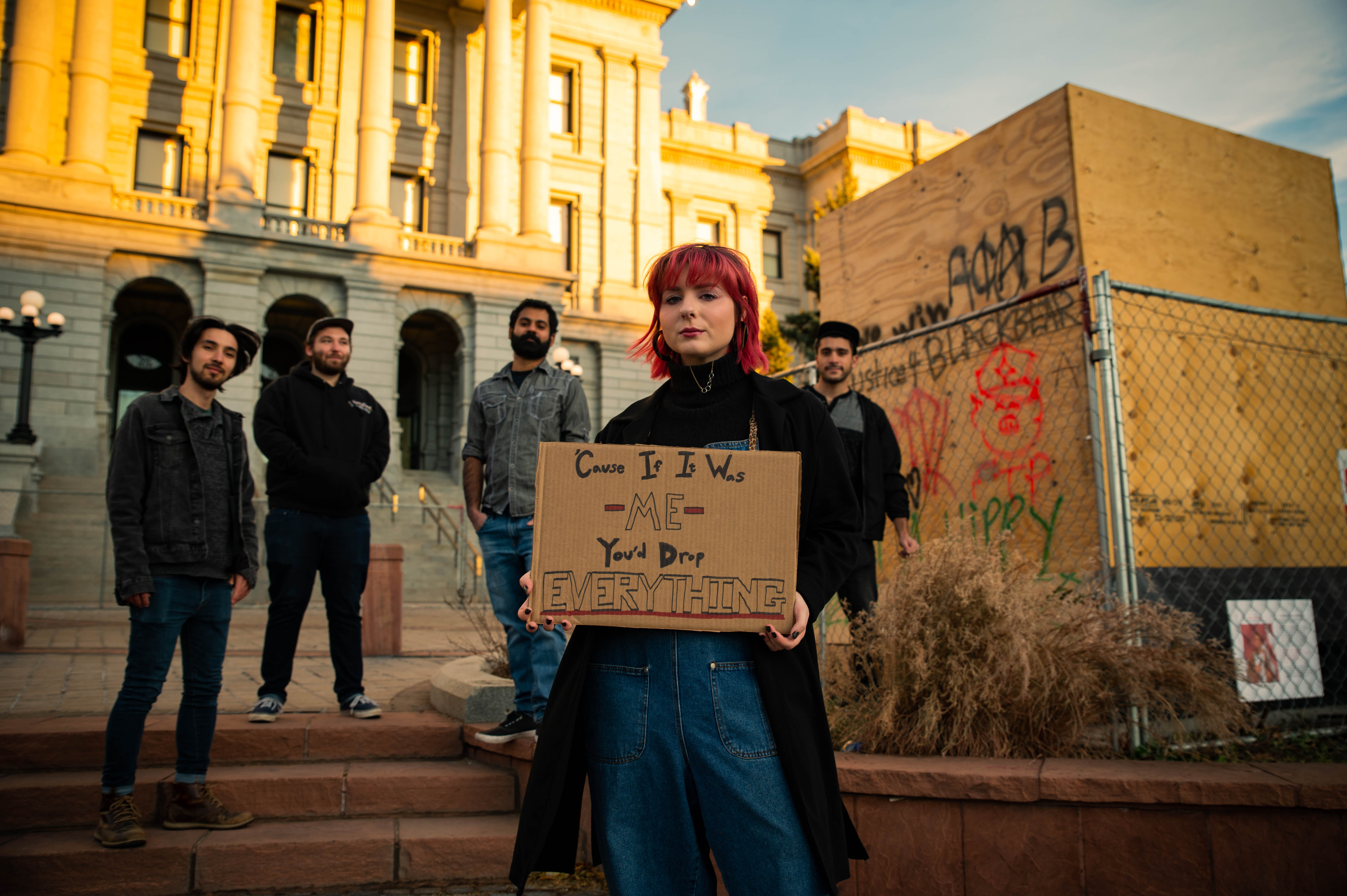 The unity of people fighting against injustice is represented in no better place than the music video released alongside “Enough.” In it, hard-hitting lyrics written on dozens of cardboard signs are accompanied by people from all walks of life repeating the unifying message of “we’ve had enough.” While there are curated partisan imagery and vocals that permeate the song, Stop Motion is trying to ultimately send a message of unity and not divide.

“[‘Enough’] is more than just about George Floyd or the Black Lives Matter protests,” said vocalist Faith Allen. “This is just another event in this cycle that keeps happening of injustice, violence and death. The song is about capturing that we are angry about what has happened but also that we are hopeful. If other people see what we see and feel what we feel, we can all come together in a movement — there could be actual change.” 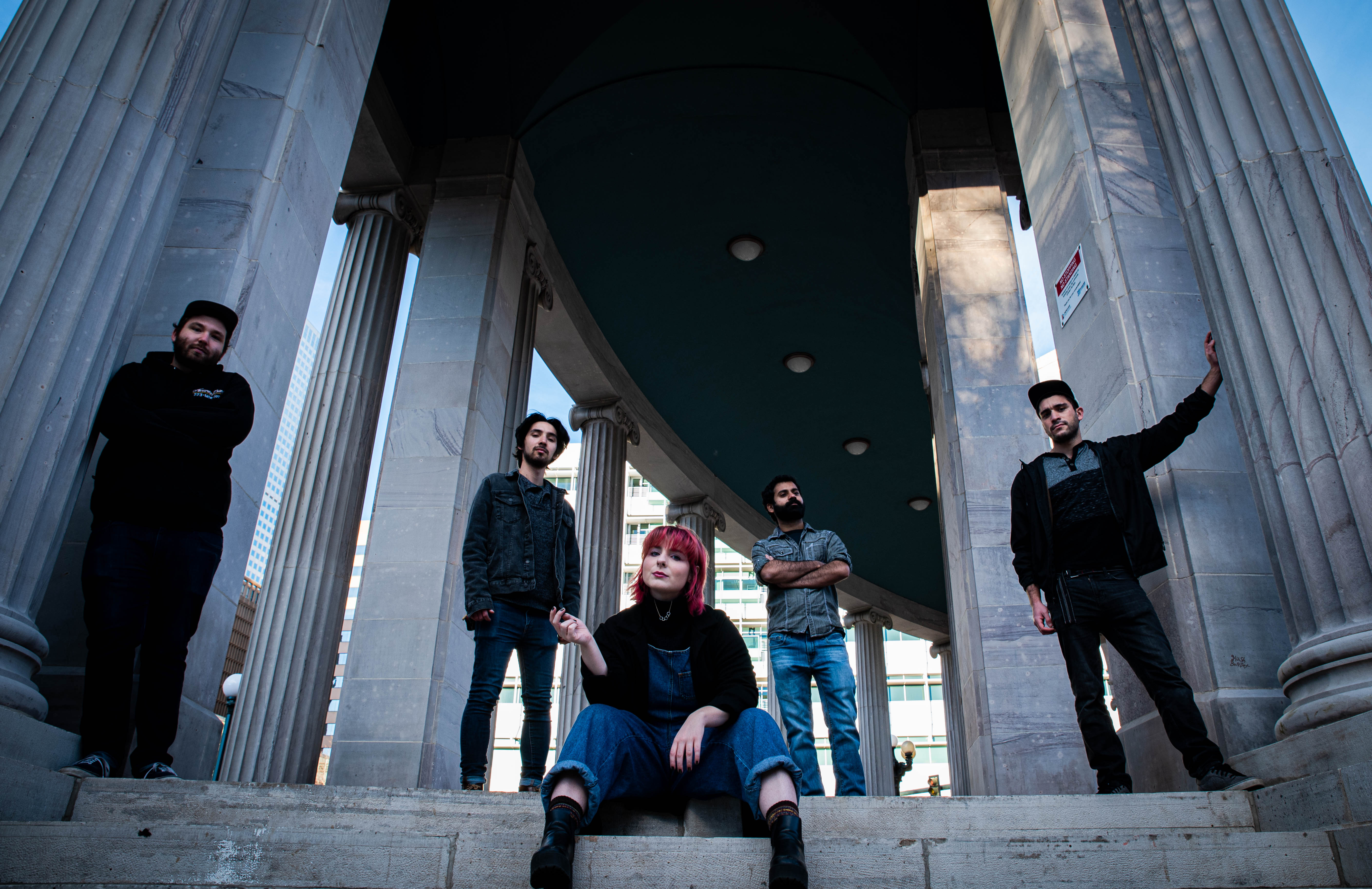 The hope found in “Enough” stems in part from what the band experienced first hand. Band members marched and contributed to having their voices heard during the recent protests.

“It was a really in-the-moment thing.” said bassist José Gutiérrez. “I just remember myself seeing all the protests. I am a pessimist and felt that protests don’t do a whole lot. But, I was there for one of the days (of protest), and it just blew my mind how many people were out in the streets after this happened. It kinda gave me hope.”

In a time where a lot of messaging in the media is partisan, it is almost bold for a band to try and bring people together over common ground. However, the band doesn’t view their current message as tied to any political agenda.

“It is trying to say to people that the real problems are ones that are also affecting everybody,” said drummer K.R. Azad. “Whether it will be in vain or not, we are trying to redirect peoples’ vision. It is not about trying to say what the real issues are, but to say that all of these things are fucking us over.”

Guitarist Evan Lei adds, “A lot of the people we are trying to communicate with are the passionate ones about this. We can come across the partisan divide, but it is important to be passionate about these things, because being passive is way more dangerous.” 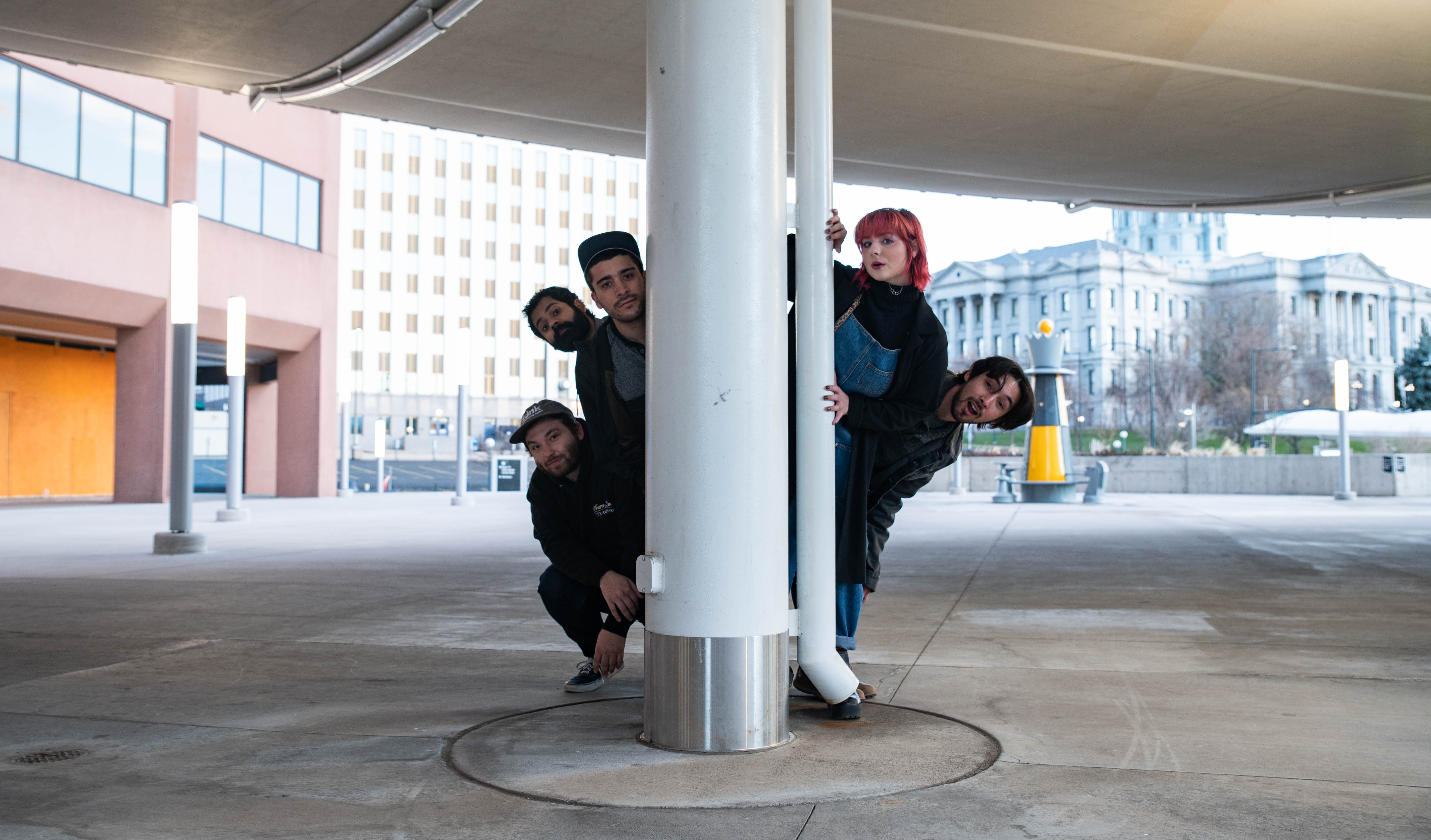 Passion is at the core of Stop Motion. You can hear this both in the messages of their music and in the way that they play. Stop Motion is not a shallow or linear project. It is one that has depth and influence flowing through five like-minded but opinionated people. The band will spend hours expressing what they hear in songs they are writing — all with different thoughts and directions. This back and forth may seem like a burden from the outside looking in, but it is actually one of the band’s biggest strengths.

“We would not be able to do what we do if it were not for the musical trust we all have in the band,” explained keyboardist/synth player Luke Maxson. Even if each band member hears a different sound when writing their music, they always want to hear the ideas of the other members through. It is a thorough process and one that challenges each member to create their absolute best. Having trust in one another also allows the band to have fun, and enjoy their time together. The serious message of “Enough” is not all the band has to offer.

“You know when you are walking down the street and you see a really cute dog with a bandanna around its neck?” questions Allen. “And you think, man, that dog is cool and is probably very smart but doesn’t take himself too seriously and likes to have a good time — that’s Stop Motion.” 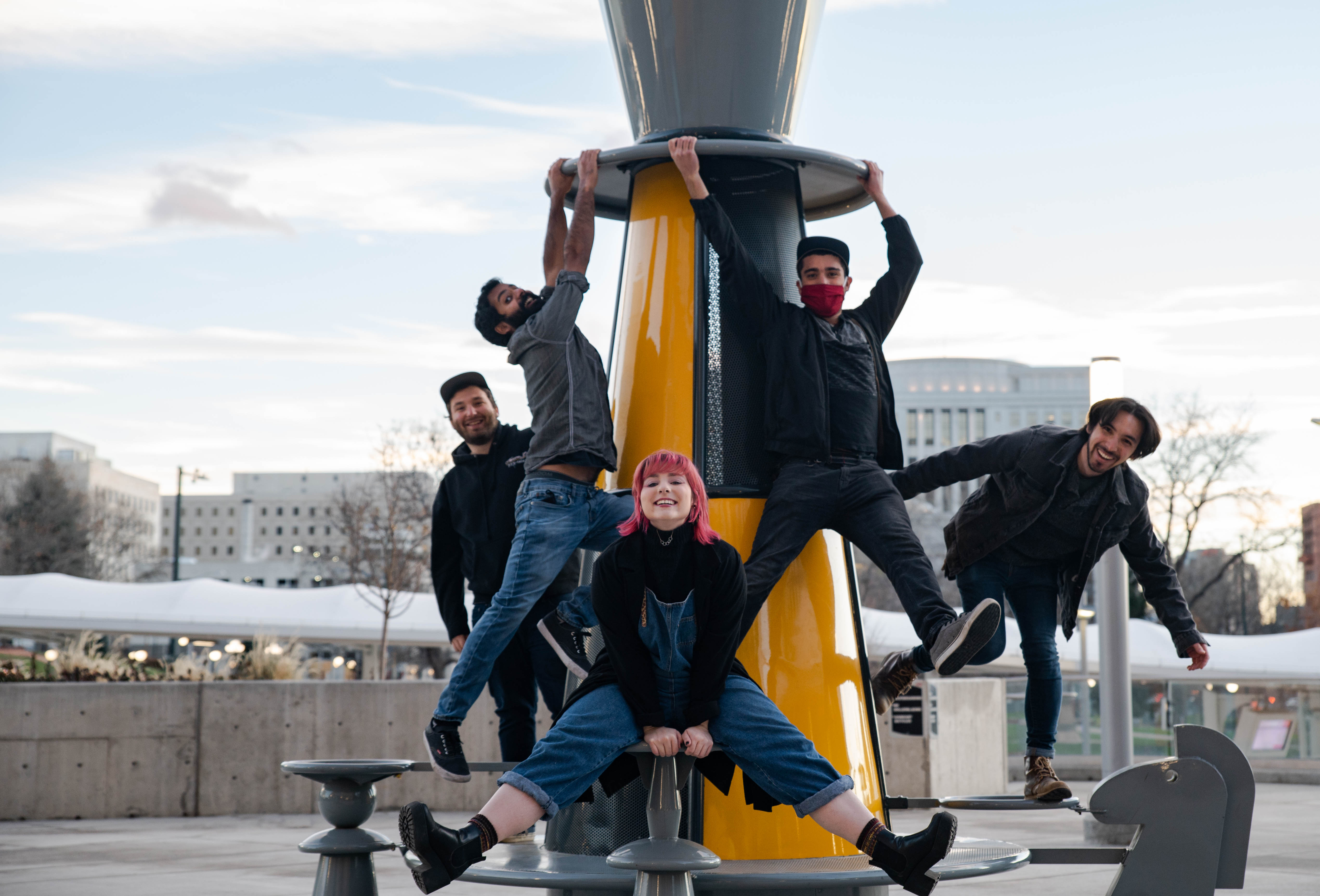 Lei and Allen have seen the band through many iterations since they first started playing together at the age of 16. Through all of them, the two artists agree that this current lineup feels like the true Stop Motion. It is a band where each artist can find trust and happiness in one another, and know they will have each other’s back. This gives them the courage to have their voices heard.

It is inspiring to see a group of artists who are willing to unite and push each other to create diverse and daring music that also has a purpose. Furthermore, it feels right that they would be the ones to deliver the rallying cry of our current time. They find strength in each other and project their strength onto those who listen. Even if listeners don’t want to fully dive into the message and imagery of “Enough,” it is easy to rally behind their cause, because enough is enough.