All Photography By Marla Keown

This year has undoubtedly created a surplus of hardships for the restaurant industry. For Smokin’ Bones barbecue, this year has afforded a series of hurdles for preacher by day and pit master by night, Michael Rogers.

Many pandemic related closures put a damper on the beginning of the food truck season. Though many opportunities were cancelled, Rogers decided to offer a catering menu with family size platters of pulled pork, smoked ribs and homestyle sides. Once regulations in Colorado started to lift and the new way of dining became the new norm, the food truck’s smoker caught on fire.

Luckily, the fire was contained inside the smoker, leaving the rest of the truck and Rogers unharmed. While the truck was out of order for the next three months, Rogers didn’t let these few setbacks dampen his success. He made the shift from food truck to catering service until finally reopening on August 8 with the same melting pot style of barbecue regions — Texas, Memphis and Kansas City. 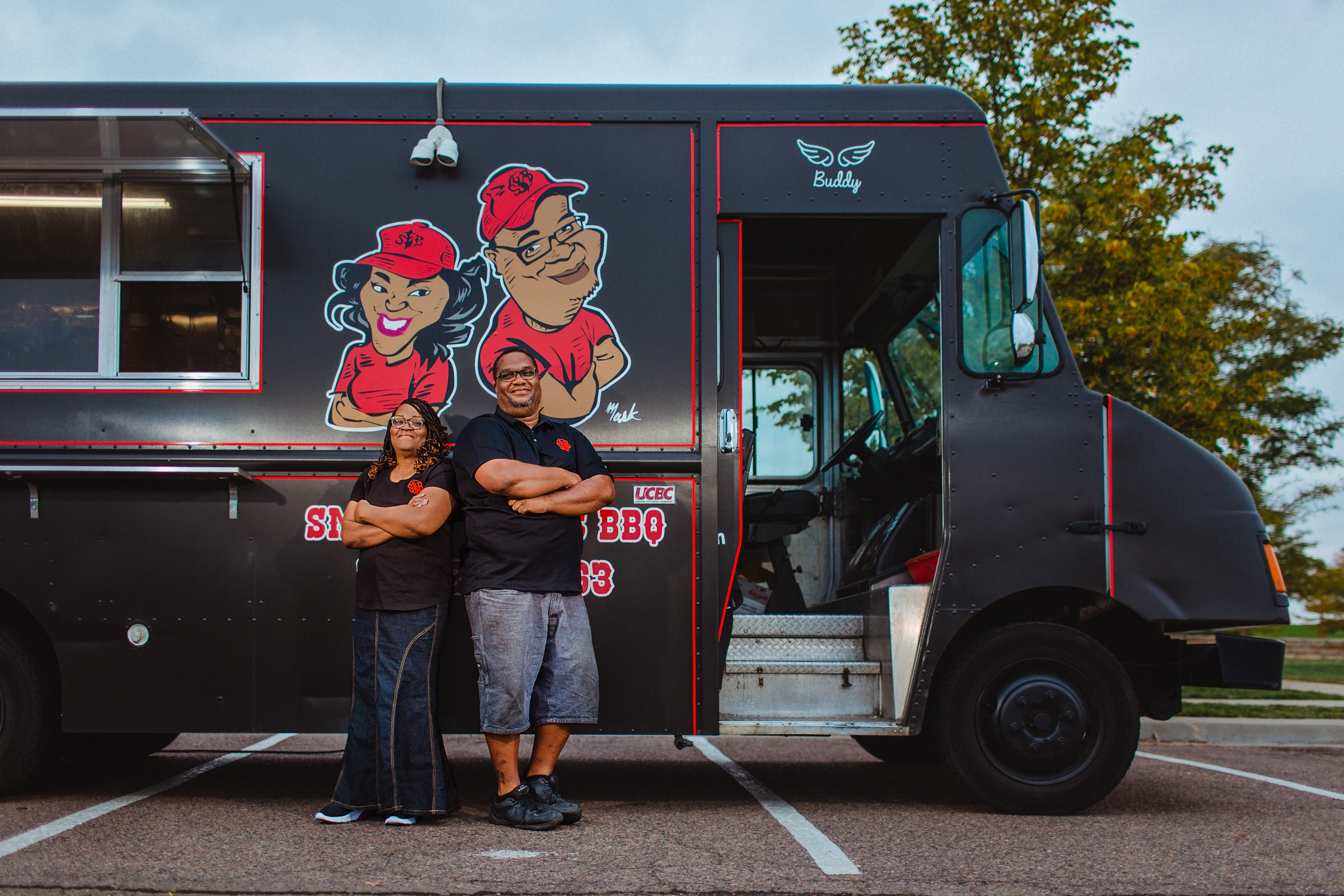 Originally from Gary, Indiana — the birthplace of the Jackson 5 — Rogers visited family in Colorado after his high school graduation and the rest was history. Colorado is where Rogers met Traci, his wife of 28 years.

Though Smokin’ Bones is rounding its second year in business, Rogers isn’t new to the catering business. For over 15 years, both Michael and Traci have helped raise money for youth Disneyland trips by selling barbecue dinners at their church.

It was the frequent admiration from friends, family and churchgoers that led Rogers to officially launching Smokin’ Bones in January 2019. With a background in business administration, Rogers worked for Kings Soopers for over 20 years in the food safety and produce department. Though he has never been professionally trained in the kitchen, his knowledge of food preparation and sheer eagerness to craft his own rubs, spices and side dishes has created the Smokin’ Bones reputation. Largely known by word of mouth or social media, the barbecue truck offers a combination of flavors from Jamaican jerk to other fruit-inspired sauces.

“We’re always looking for something new to add to our barbecue. We want to stand out and not be just another traditional barbecue food truck,” Rogers said.

As the food truck season starts to dwindle down just as quickly as it started, Smokin’ Bones will continue to offer catering services as long as customers crave smoked meats.

All Photography By Marla Keown