Beginning Saturday, April 18 at around 12:50 p.m., the United States Air Force Thunderbirds will embark on a series of community flyovers though the skies above Boulder, Buckley AFB, Colorado Springs, Denver, Fort Carson, Fort Collins, Greeley, Longmont, Loveland, Pueblo and Windsor. This demonstration is to show support and appreciation for healthcare workers, first responders, military members and other essential personnel in Colorado who are fighting on the front lines against the COVID-19 outbreak for the benefit of their communities.

The flyovers will follow the Thunderbirds’ traditional route over the Air Force Academy graduation ceremony in Colorado Springs. The university’s commencement ceremony typically occurs every May, but this year’s was moved up to April 18 and barred from the public due to coronavirus. Vice President Mike Pence is scheduled to deliver a commencement speech in person.

The Thunderbirds’ tight formation will comprise eight F-16, single-engine supersonic fighter aircraft. The flyover will last about an hour, and an exact flight path will be released on its Facebook page tomorrow morning.

Editor’s note: a former version of this article stated Mike Pence will deliver his statement via video. He recently announced he will now be there in person. The article has been updated accordingly. 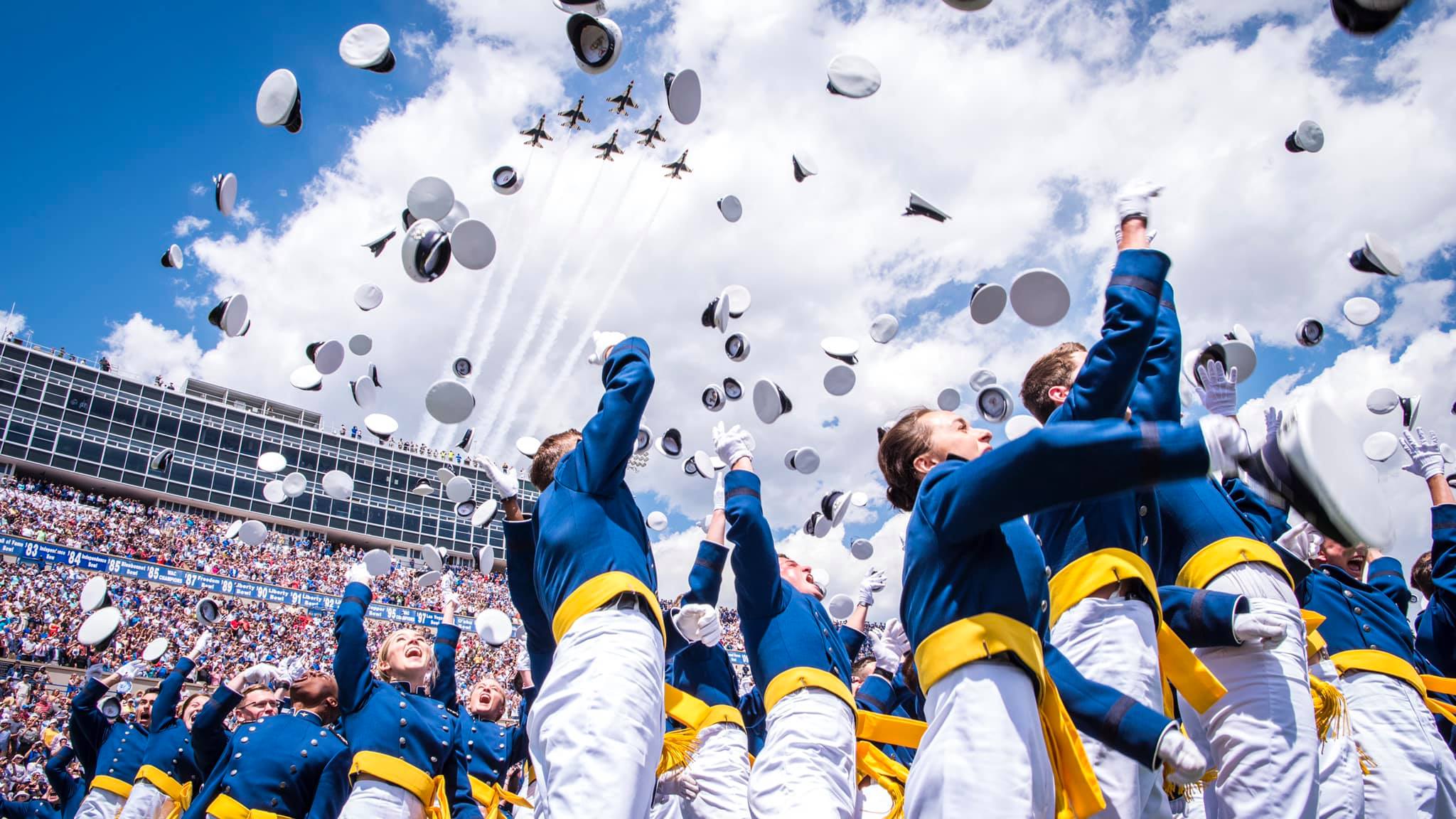