Over the past couple of years, Glasss Records has arguably come to be known as the official purveyor of the stranger, DIY underbelly of Denver’s music scene. With an array of artists that swing from the extremes of the avant-garde to rousing punk rock upstarts, Glasss Records led by jack-of-all-trades VAHCO alongside Princess Dewclaw’s Amanda Gostomski, gives underground music a crucial outpost above ground. In VAHCO’s eyes, it’s not only visibility that he offers through Glasss Records, but he also finds that the label represents a safe place of sorts for experimental musicians to grow into their artist endeavors without sacrificing their sound and a one-stop-shop of recognizing and promoting their craft. The crux of it all, however, is VAHCO’s desire to help and nothing more, so he does it all for free in the name of the art. Approaching Glasss Records’ anniversary, we sat down with VAHCO to discuss the imprint, future plans and why Denver’s DIY scene matters.

303 Magazine: How did Glasss Records Begin?

VAHCO: In 2016 I met Amanda. She was playing at Streets of London performing as Princess Dewclaw. By chance a few months later in 2017, we accidentally put on a show at the now-defunct Thee Haus Ov Where?.  It was really good. We’re like, ‘We should do this all the time.’ So we started booking shows and that turned into a label-esque kind of movement where we focused on a lot of women artists and kind of trying to put an end to the BS if you will — the discrimination that happens against women and people of color in the scene. I just really saw this line that needed some kind of family and that’s what it became.

303: How many artists comprise Glass Records?

V: I’d say about 40 and then there’s a lot of people who just work with us — nobody’s technically signed. We’ll do whatever that artist needs, whether it’s attention or production — I’ll pressing some people on vinyl because they’re at that stage or I’ll bring artists out into the forefront to play everywhere instead of staying in like the house show circuit. Nothing wrong with that. I love how shows and I love DIY, but my theory on DIY is that you shouldn’t get stuck in that circle. 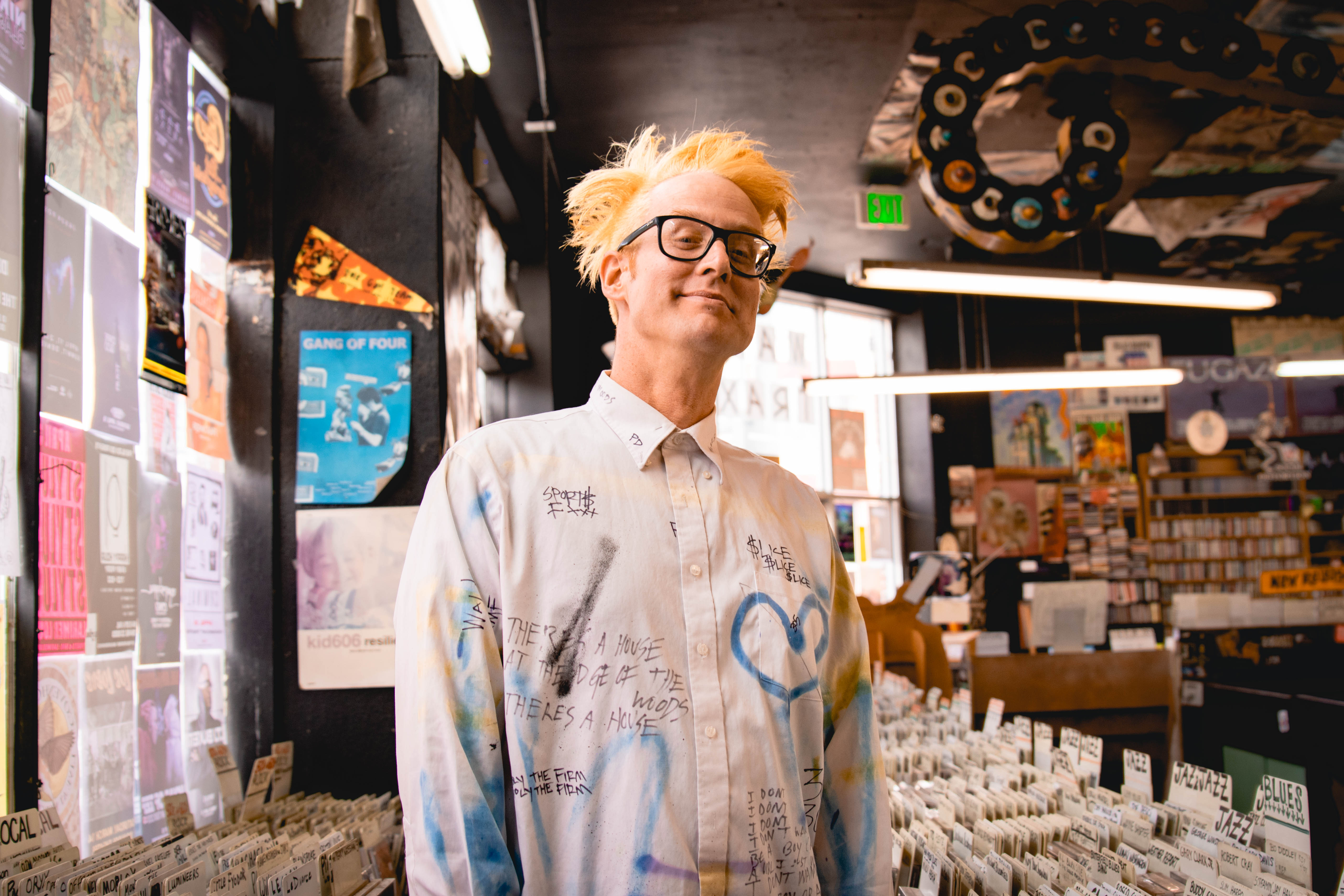 303: What’s the most difficult part of bridging the DIY to above-ground gap?

V: Numbers. You really just have to be careful. In a DIY spot, zero people can show up or a hundred people could show up and there are lax rules. The ‘All Ages’ thing is a big deal. I definitely think that Denver needs more all-ages venues above ground. I think that a lot of the bigger bookers, which I don’t criticize them for because I work with, are looking for — ‘can this band bring in a hundred people on a Sunday night in the snow?’ Whereas you just want to give them the chance to be heard on a great sound system or maybe open for somebody who has their crowd.

303: How do you decide on who to work with in this ever-growing Glasss family?

V: You’ve got to be weird and outside of the box. A lot of the artists I work for don’t really seem mainstream, but yet they are. Pearls and Perils, for instance, is very trip-hop, but with a beautiful singer — it’s very moody. Rare Byrd$ are the equivalent of psychedelic, almost like a new Parliament — it’s an experience. Then, you have people like Princess Dewclaw who are trying to push what they’re doing, their new album sounds like an animated chase scene.

303: Where does your music industry expertise come from prior to Glasss Records?

V: I’ve been producing music since the late ’80s. I was a big part of the punk rock and hip-hop scene in the Bay area, where everything’s DIY. Whether you’re a caddy who just came out with a new hip hop or rap tape, you printed it, you sold it on the street, you sold it in delis or punk rock, same thing. I worked in the business in New York, for a while and then learned a little bit more of the higher up stuff. As far as production, I also write music and I’ve just always produced music, so that’s where I started really from. I guess the DIY part comes from San Francisco and that’s really a big part of it. My parents were hippies, and one of my favorite stories my dad used to tell me was when he opened for Jimi Hendricks a long time ago. I asked him how he did that and he said, ‘well, I walked up to Bill Graham’s office and I asked him if I could play a show,’ and that’s what I’m trying to do this year with Denver. I’d like to get Glasss Records an office somewhere in Central Denver and then eliminate emails so you’d actually have to come to the office to get a show. Putting faces with people is important. 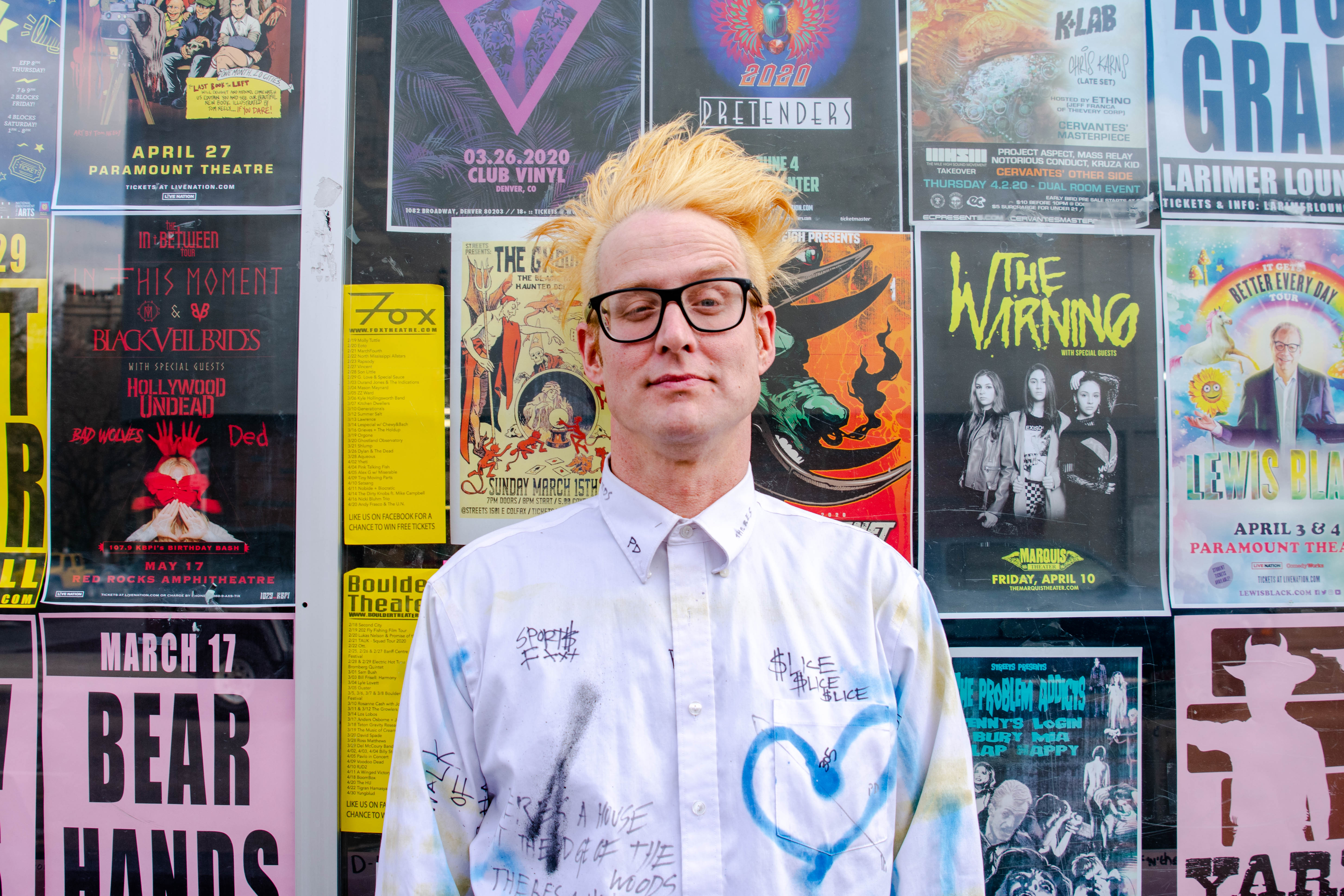 303: You mentioned your new festival, but you’ve also had other festivals as part of the Glasss Records. How do you go about putting those together and what do you focus on when you are putting them together?

V: The first one we did was Anit-UMS —  it got called that. The goal of that was to get as many bands as possible to play. I think we had 62 bands and they played in three venues at the same exact time, all day. We did Washout Festival, which was at Globe Hall, and once again it was just basically getting as many underground people in one place as possible — that was the drive for the festivals. I did these roundabout events where I had all the artists in a circle and they play two songs each nonstop. The one I’m working on this year is definitely going to be in a big theatre, is to bring the best of all the underground festivals I’ve done, try and get as many of them to play in two days.

303: How do you find the underground acts that you are interested in?

V: Every day I probably spend, when I wake up, a good half hour to 45 minutes and just type in Denver and I’ll just look and listen.  Sometimes I’ll judge it by their album cover or I’ll just go for it. Right now I’m really interested in a lot of the Fort Collins acts as there seems to be a little bubble happening over there. So I’m always looking for someone new and weird  — just trying to expose them out and see what they’re doing.

V: I get tired of seeing the same things. In San Francisco and New York, you’re constantly seeing art pushed — different stuff, whereas here I keep seeing the same forms of music. I have nothing against anybody doing their thing and I don’t criticize anyone for music or art. But you know, singer-songwriter, blues band, rock band, jam band, electronic one named DJ, you see these and it’s almost like they’ve paid to be in the press, it’s weird. It gets old to see the same old things. I spend every day and I know everyone who’s playing everywhere all the time, I made it my mission. 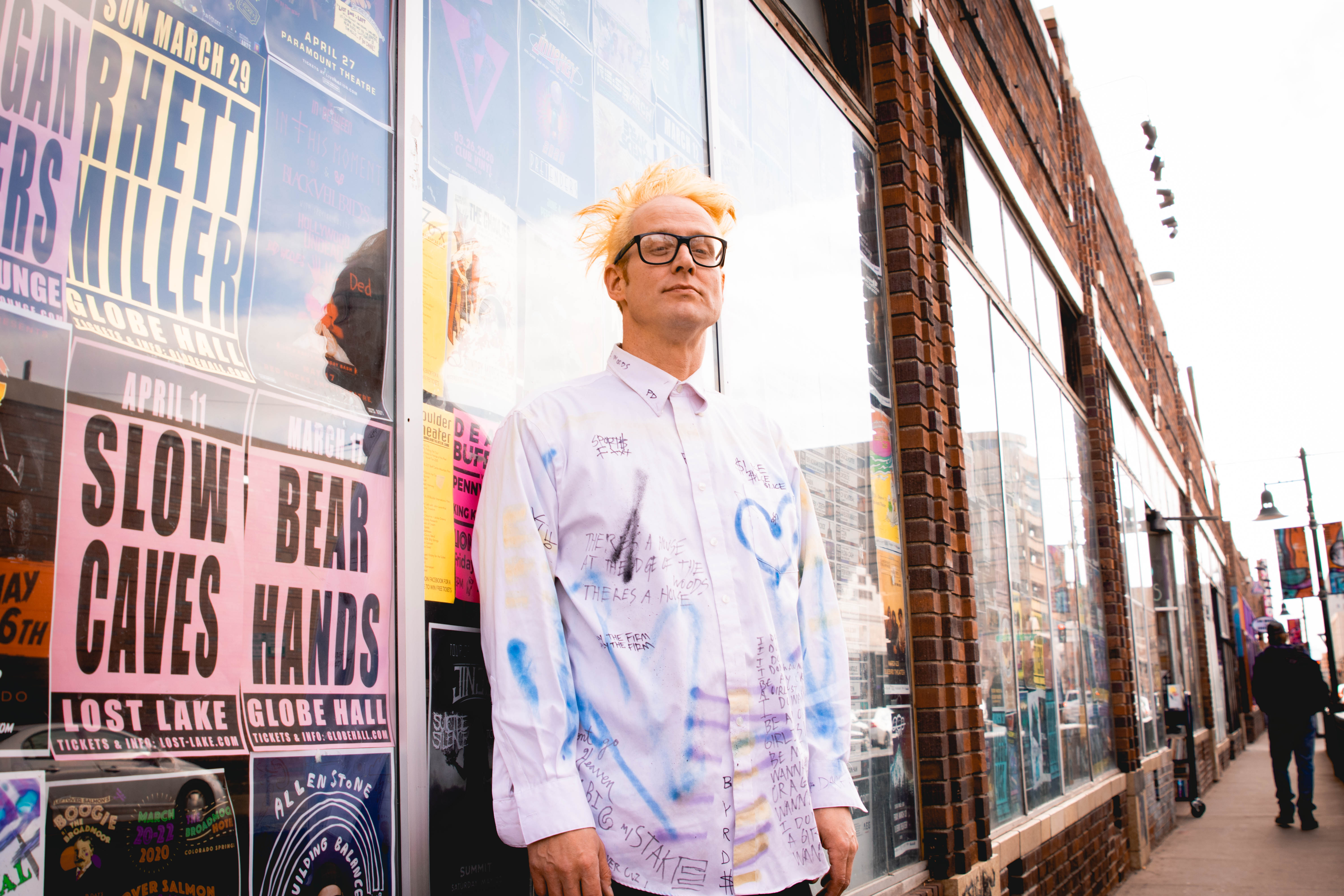 303: In the context of other artist collectives around Denver and other record labels, what in your opinion makes Glasss Records stand out?

V: Everybody’s got their own way of doing things and mine is based on Factory Records. I don’t own anything and I never will and I’ll never sign anyone to anything. They can use my website as hype for new stuff, I will gladly print their stuff for them, I will gladly get them events and I don’t charge them anything. A lot of people probably think I’m crazy cause I don’t want anything. I made my name off of getting people out in the open, I don’t have any deals — if you’re cool, you’re cool.

Underground Above Ground Festival still on schedule for June 27 & 28, 2020 with the location TBD. Glasss Records will be putting out releases from Venus305, Sad Bug, CHROMADRIFT and Soulless Maneater in the coming months. In addition, Glasss Records has surprises in-store for the upcoming Underground Music Showcase. VAHCO is also managing and booking for Princess Dewclaw full-time for 2020.