Last year was a busy one for alternative-rock group Weathers, and 2020 shows no signs of slowing down. They spent much of last year on tour with bands like Paylaye Royale and One Ok Rock, found themselves opening for big names like Joywave and somehow still managed to release four singles all while championing their own message of mental health awareness. It’s hard to fathom how any band can stay sane with such a busy schedule, and it’s even more mind-boggling to think about how Weathers could keep their momentum going for another year of touring.

So, when we found out that Weathers would be coming through the Mile High along with Echosmith, I guess you could say we had a couple of questions for them. We got a chance to catch up with Weathers’ vocalist and guitarist Cameron Boyer, to discuss the ups and downs of touring, the ins and outs of the music industry and the future of Weathers. 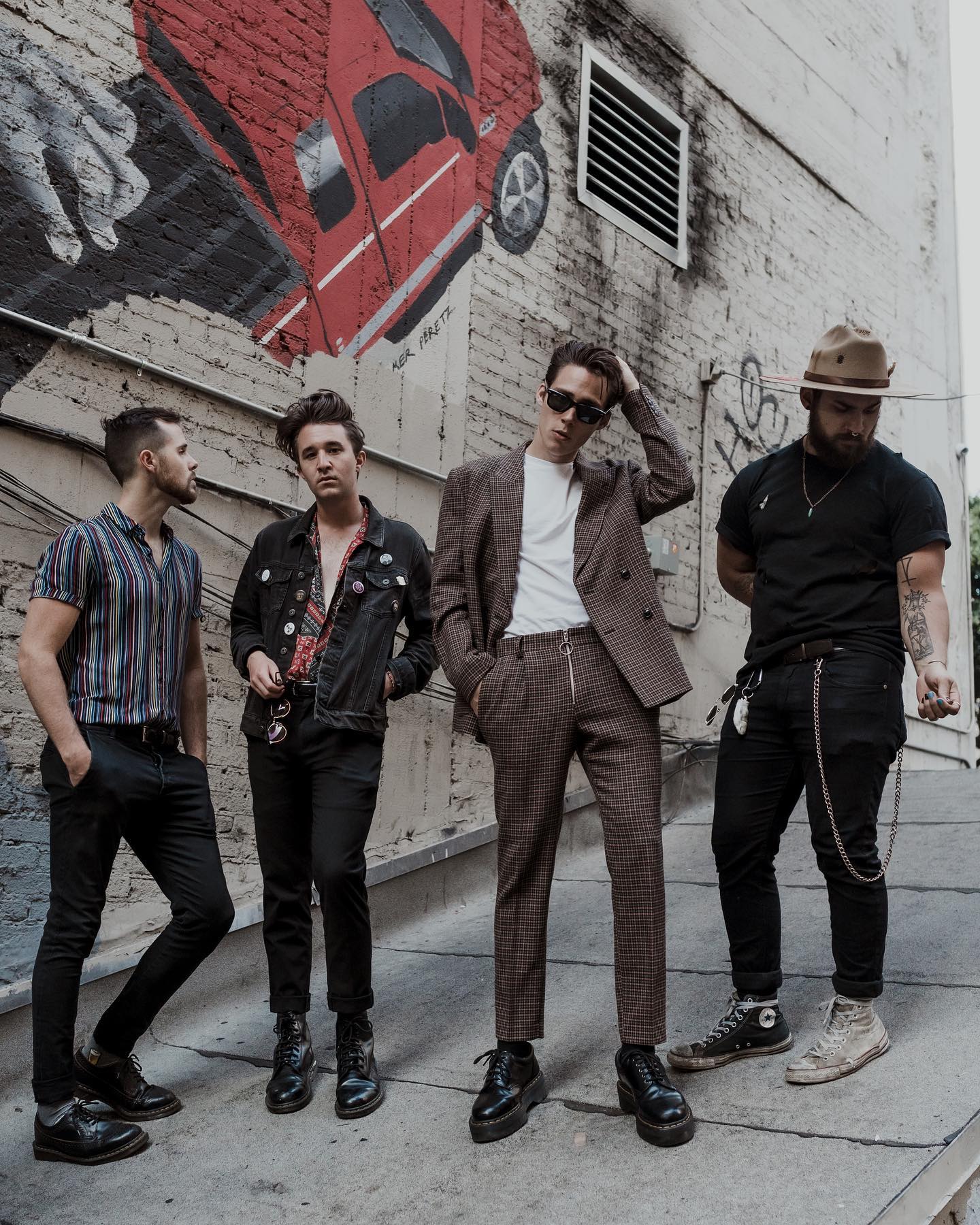 303 Magazine: You’re currently on tour with Echosmith, how is that so far?

Cameron Boyer: It’s been good! Nice to see a lot of our fans making it out to the shows and of course make new ones, convert them into our family of “Posers” [the name of the Weathers fan club].

303: You just released “Feel Good” ahead of the tour, can you tell me a little bit about that single?

CB: [The] song was produced by Tim Pagnotta who did our Kids In The Night record. It was a very reflective track to write. It’s about a time last year January/February that felt very dark. I felt very lost and all I wanted to do was feel better. I felt very stuck. Just as well, I was aware that I wanted to get out of that headspace and part of that was writing that song – a type of therapy.

303: Lyrically, “Feel Good” battles darker thoughts, which can often be a problem with grueling tour schedules. How do you prioritize your mental health while balancing the demands of touring?

CB: It’s always really important to take time for yourself and be in tune with what’s going on in your head and not ignore any signs that you’re not okay with. It’s important for me personally to reach out to the other guys and just talk, talk about video games, movies, new songs were going to release – wink, wink. Being active is a priority, both physically and mentally. It’s good to go for walks, being in the van for so long can get very stagnant. It’s easy to get comfortable with getting to the venue and just sitting in our dressing room for hours so we’ll walk around the town, check out the local offerings.

303: Generally, music is an art form that draws heavily on emotion for inspiration. Do you think that the music industry as a whole does an okay job of addressing the topic of mental health?

CB: I suppose it depends on the artist and not so much the industry overall. However, if I were to pass any criticism, sometimes the music industry can glorify mental health as a selling point as if it’s almost “cool” to be mentally unhealthy. Our mission as a band would be to make mental health and the discussion of mental health normal and that it’s okay, not to be okay. When people need help they’re discouraged to do so. Seek help, find your support system so that when times do get tough, you have people there to help make sense of things. To be completely honest, I ignored a lot of those feelings that I had because I thought I was overreacting or being irrational. Recently though, I was diagnosed with depression and seeking help with that was something that I needed, something I needed to be safe. Everyone should do the same is the message. It can be hard to reach out and seek help, but it always starts with you, to make that first step to get the help you need.

303: More than being part of an industry that’s full of creatives, who are typically more willing to talk about these kinds of things, Weathers is a young band. Do you feel like generationally, you’re part of a demographic that is more willing to discuss these topics than older generations have been?

CB: I feel that mental health has been a part of music for generations long before mine. Joy Division I think definitely comes to mind and what Ian Curtis went through. The Smiths is one of my favorite artists, the songs “Heaven Knows I’m Miserable Now” and “Ask” were cathartic for me in some of my darkest moments. However, I think the conversation of getting help is a fairly new topic, one we want to bring to the table.

303: Speaking of comparing generations, can you name some of your top musical inspirations that come from other generations as well as one from your own generation?

CB: Obviously, The Killers, huge inspiration in all aspects. Hard to pin down a few artists but my favorite genre is ’80s new wave, bands like The Cure, Tears For Fears, Oingo Boingo and so on and so on. As a band we try to be as original and innovative as possible, however, to try and have an edge at all times. [A] band from our generation, I’d have to say The 1975.

303: Weathers is a unique band because you got started right around the same time that streaming just started to get big. How do you think that affected your success as a band?

CB: Streaming has helped us a lot, conventionally the only way to get discovered was through radio but because of streaming we are able to reach a much broader fanbase than previous generations could.

303: When you look back at the way music has changed, and ways that it’s stayed the same over the last handful of years that Weathers has been a band, what are the changes that excite you?

CB: It’s hard to say when you’re in our position and doing the “grind” and there’s very little pay off it seems, whatever that pay off means. This is a tough one, being in a band isn’t easy by any means, it’s not glamorous at our stage so whatever changes are happening, I think we’re yet to discover them, haha. It is exciting to see how fluid the industry is, how many new artists from our generation getting the recognition they’ve earned. 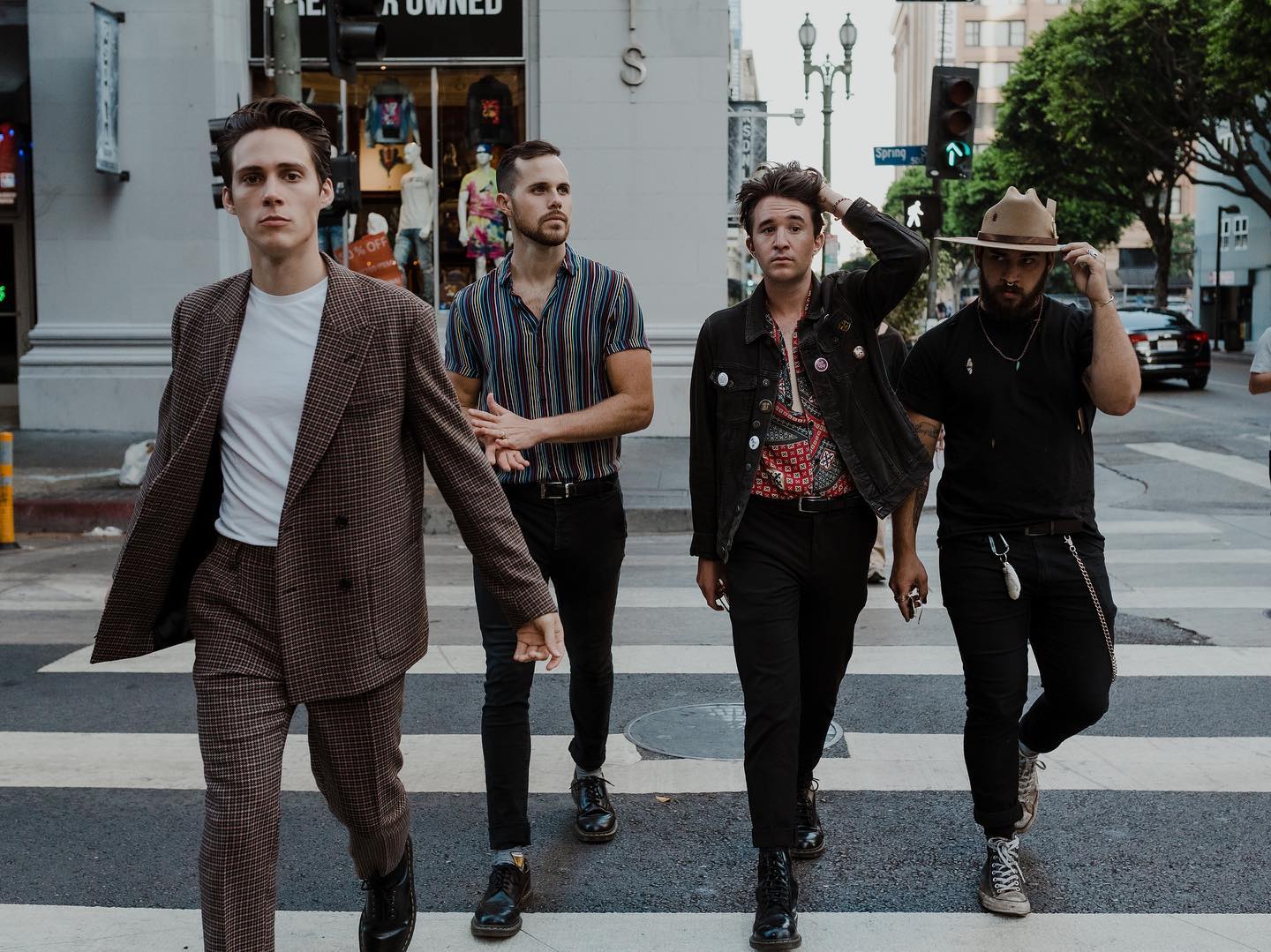 303: Are there any changes in the music space that you aren’t excited about?

CB: Gonna get me in trouble here! The industry as a whole could do a better job of giving artists from my generation a bit more recognition versus relying so heavily on legacy acts or bands that blatantly rip off legacy acts. So I guess I’m not excited about the lack of change.

303: If you had any predictions for the future of the music industry, what would they be?

CB: I predict that people will soon get bored of the same ol’ same ol’. Look at what Billie Eilish did last year, totally flipped the industry on top of its head and it’s beautiful! More of that, shake it up, more creativity.

303: Maybe a bit easier for you to predict, what do you see in store for the future of Weathers?

CB: Lots of exciting new music, more touring and definitely see our Poser family growing more and more. We have some pretty big announcements coming up in less than a month, so stay tuned.

Weathers will perform with Echosmith at the Bluebird on February 26. Tickets are available here.