Matthew Tryba has been this close to winning a Grammy — twice. A producer and a songwriter, Tryba is a self-made success that begins waiting tables in a Denver restaurant, as many humble beginnings do, but has led Tryba into studios with some of the biggest stars of today. Often times the story of those behind the scenes in the fields of engineering, producing and songwriting are unsung ones. With a hand in projects by Taylor Swift, Ariana Grande and OneRepublic among others, however, there’s no reason Tryba’s should be, even if it’s occasionally uncredited.

For Tryba, pop music is a spectacle — a complex production piecing together culture and trends in the context of what people gravitate to the most — a task that is overlooked but critical in why the genre is as digestible and widely consumed as it is. 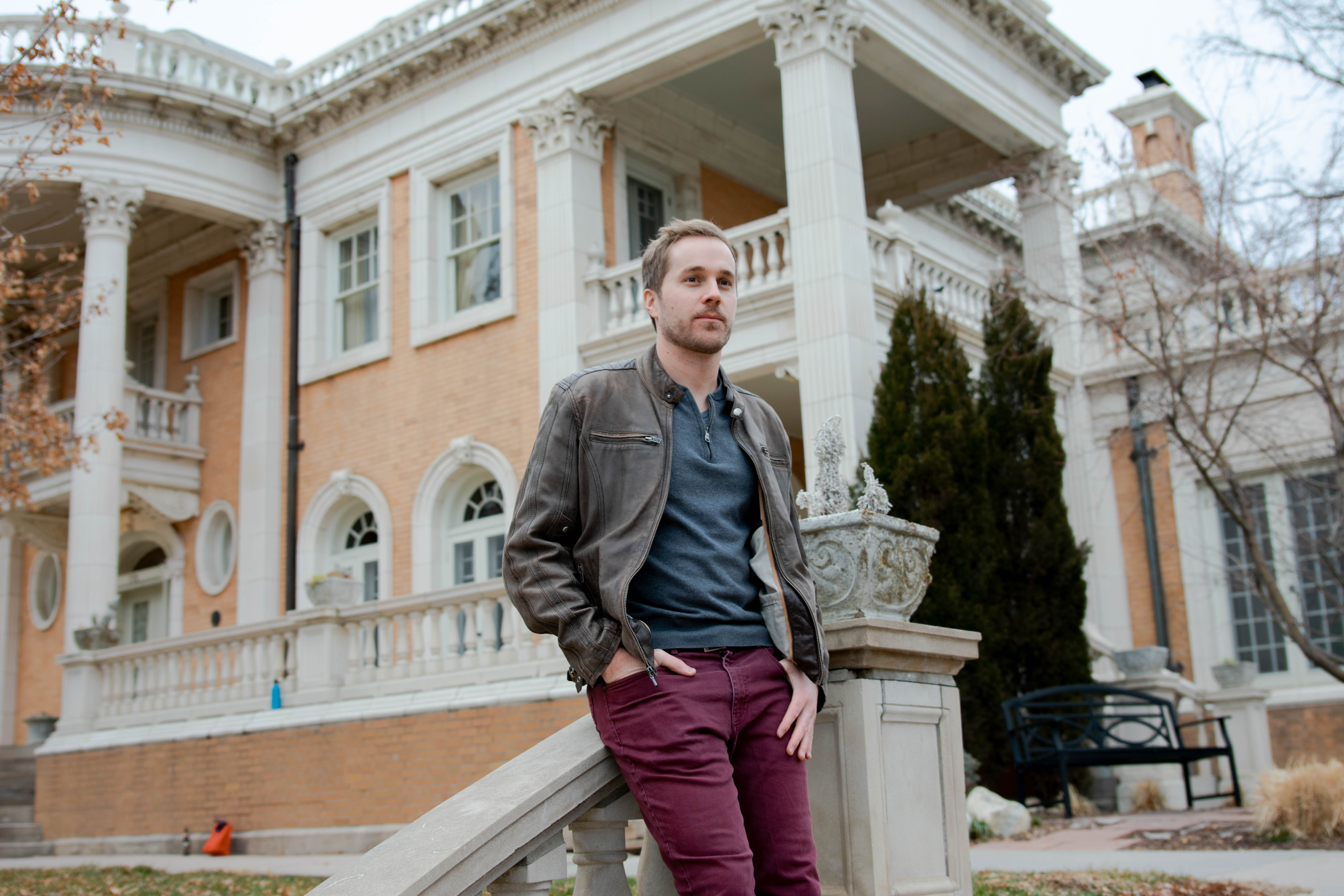 Growing up in Englewood to the caustic cinder of heavy metal outfits like Slipknot and System of a Down, pop music is probably the last place Tryba should have ended up. Somewhere along the line, however, a six-year-old version of Tryba skating around a roller rink found himself stopped dead, hearing Donna Lewis’ “I Love You Always Forever.” It was the first song he fell in love with. Tryba understands the inherent cheese in his ’90s pop revelation, but to truly get at the crux of what he heard is to see how Tryba interprets music in the first place. “We just have an aimless desire for a good story, and a song can be that in a microcosm, you know,” says Tryba. “It’s a lot smaller a thing than a whole movie or a novel.” For his part, whether producing or engineering, Tryba’s work is concerned with filling in the rest of the details, the lyrics alone can’t tell.

The music industry mythologizes the discovery aspect of the industry, an aspect Tryba maintains, “doesn’t actually happen.” If you’re wondering what that myth looks like, it’s something to the tune of a young man singing at an open-mic in a club that just so happens to be owned by Jamie Foxx, who then proceeds to invite said singer to stay at his house, and then, boom, 10 years later, that artist is one of the biggest of our time (cc: Ed Sheeran). Or, in the case of Tryba, having a chance encounter meeting OneRepublic’s drummer, Eddie Fisher at a restaurant he served at, who then proceeded to invite Tryba to Ryan Tedder’s studio. A makeshift internship-turned-assistant engineering-gig later, Tryba found himself working on the Diamond-certified “Counting Stars” among other OneRepublic songs. But then again, as Tryba says, that stuff never happens. 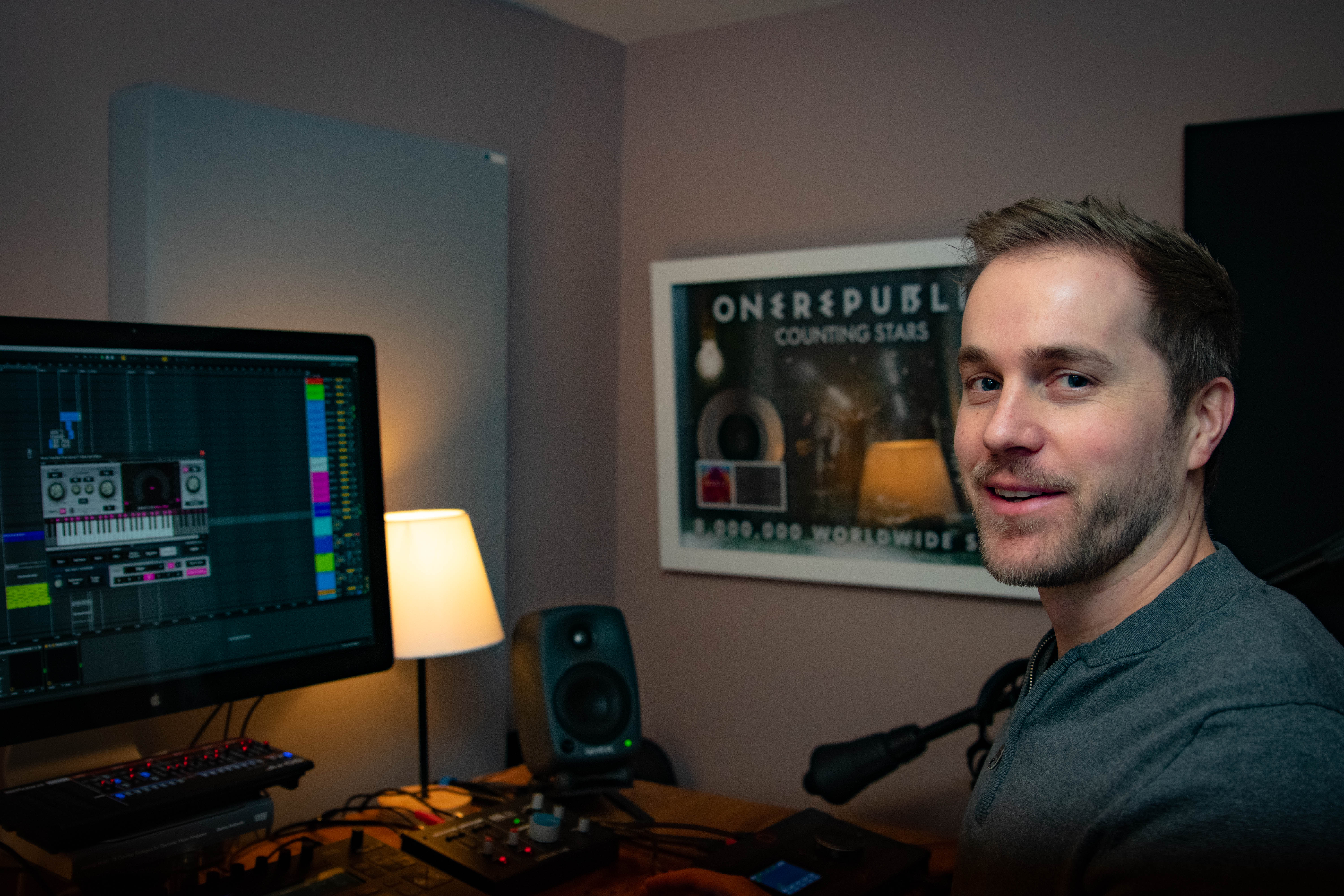 Fast-forwarding a success story like Tryba’s diminishes the journey it took to get there. Tryba was never a musical prodigy growing up, but following a school assembly early on in his childhood, he learned to play the flute (cc: Lizzo). Nine years and some change later, he packed the flute away and learned to sing, for the teenage vanity of attraction no less, but he worked at it, taking something he called, “truly terrible” into something viable. Same with teaching himself to play guitar, a byproduct of his parent’s untimely divorce. Once skeptical of the instrument, he one day decided to play and once again worked at it. Later on, joining the Idiosingcracies acapella group at the University of Denver where he went to school for biology, Tryba finally found himself in the recording studio, and truly hasn’t left it since.

“We went and recorded a song in a studio and it just never crossed my mind that you could do all this. So, I started recording guitar and I just got bit by the bug. I loved the creative side and making something from nothing, but there’s also a technical, mathematical side to it as well — songwriting is like that too.”

All that said, being at the right place at the right time doesn’t take away from the 10,000 hours it took to prove himself when the opportunity eventually presented itself. 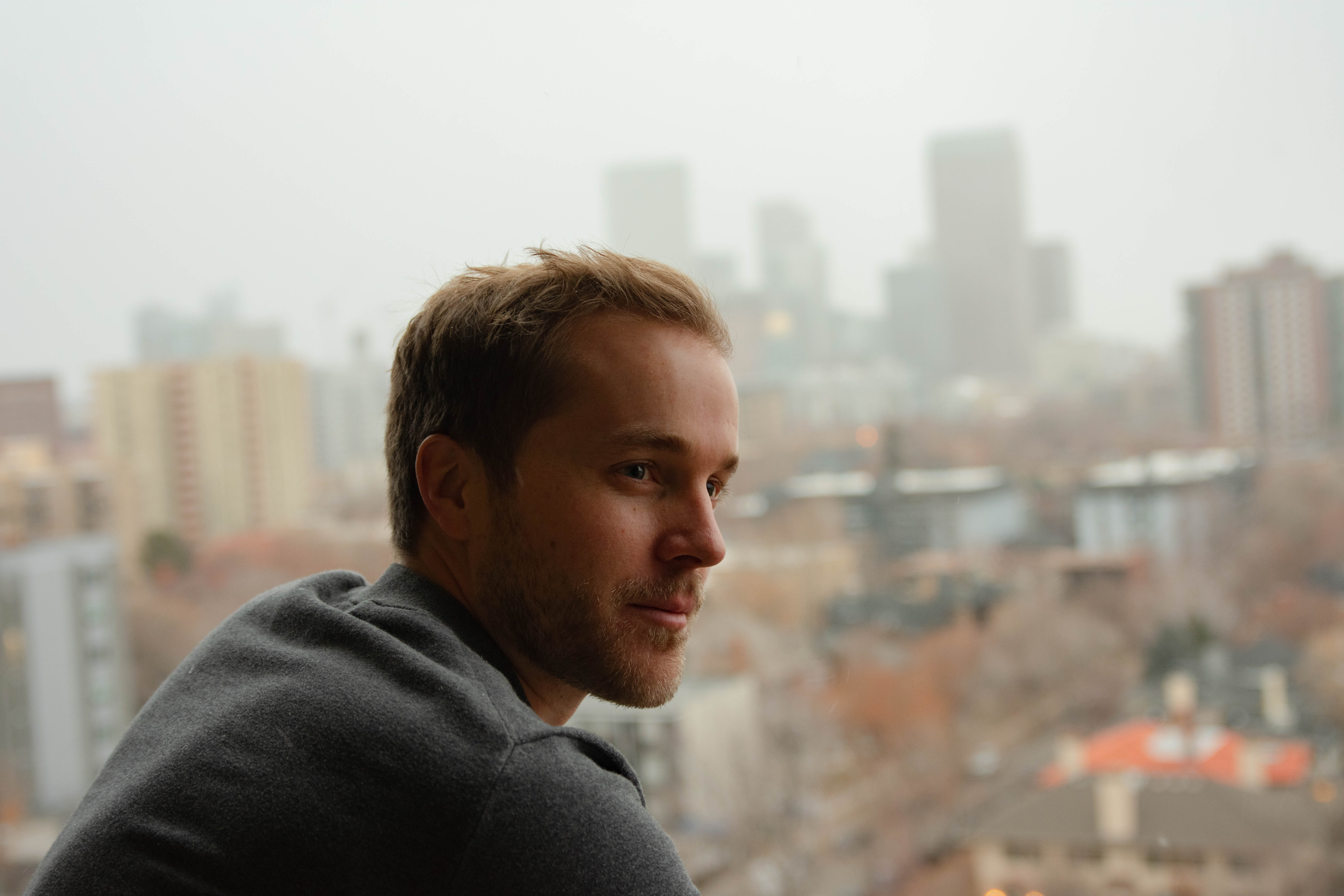 To date, Matthew Tryba has worked on Taylor Swift’s wildly popular 1989, Adele’s 21, Ariana Grande’s My Everything, Maroon 5’s V as well as the aforementioned Native by OneRepublic (the album containing “Counting Stars”) and much more. He’s rubbed shoulders with industry heavyweights like Alicia Keys and Coldplay’s Chris Martin in the studio, and he’s killed time with The Fray in the midst of an album cycle. He also works on a freelance basis with many up and comers, crafting songs to their distinct visions down to the tuning of the 808’s and the sizzle of the hi-hats, but throughout his journey, he’s remained true to his pop roots.

“When you start getting into production, you realize a lot of pop is [more] about the production and songwriting than the artist. The artist is very important, especially the vocals, but I think [pop music] leans so heavily on the production that it’s kind of you being the artist in a way.”

Where bands and alternative leaning acts focus on the aesthetic nature of their songs, matching with their vibe and their ethos, to write a hit more often than not relies on the explicit intention to do so.

“It’s really easy to write something that sounds like a pop song but to write a hit song and produce it is so fricking hard to do. I’m like, if it’s that easy, go do it — make $5 million and then go do whatever you want.” 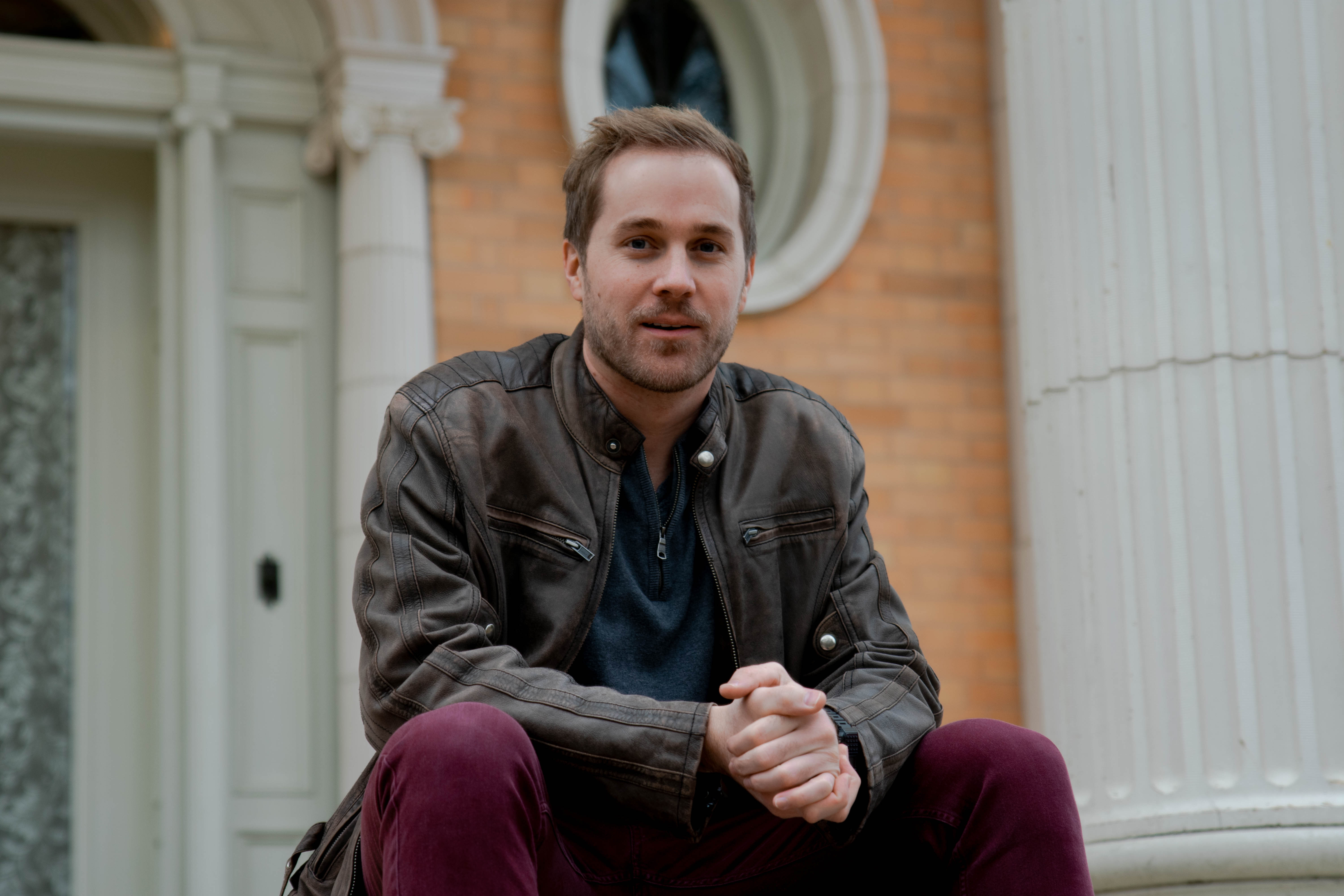 To make a bona fide smash, like that of Taylor Swift’s “Shake It Off” or “Bad Blood,” is truly no short order, even for a prolific songwriter like Swift. Tryba acknowledges that behind every great pop star is a village. It takes a team to deliver the sounds that circulate to nauseating heights throughout the year and ricochet around the Billboard charts weaseling their way into our eardrums. However, despite the team mentality, for many pop music producers and songwriters, the work is a solo endeavor first, with collaboration existing primarily through internet channels coming together like an assembly line of parts to perfection. Working alone with such high stakes at play could be the hardest part of the job for some, but not for Tryba.

“The most difficult part is you have to get very used to the fact that your future is so cloudy. I mean this is kind of the human condition, right? I think everybody kind of feels this way. You go, “what the heck am I doing with my life? Am ever going to succeed at this — Right? I’ve been lucky. I’ve had some successes, but I don’t know if I’m ever going to achieve the huge success that I want. You don’t know if it’s going to happen and if it is going to happen, when? You just have to get used to the discomfort. You either make a ton of money in music or you fight.”

With the caliber of work he’s been involved with and his ambition, it’s not hard to see that Tryba’s still got his fight, with the inevitable goal being to strike it big solo, or as solo as one can be as a pop music songwriter/producer. Currently, there’s no single modern pop songwriter/producer more dominating than the nearly prophetic Max Martin. With 22 Billboard Hot 100 number-one smashes to his name, ranging from Britney Spears’ “…Baby One More Time” to Katy Perry’s “I Kissed A Girl,” even Swift’s “Blank Space,” Martin as an inspirational figure is so widespread that its almost a cliché — and for good reason. Like many others, Tryba aspires to the level of Martin or even just a glimpse of it.

“Ideally I’d love to be as successful as Max Martin. That’s kind of the cliche pop answer, but I would just like to be at the point where I can make a handful of songs and records that have their little stamp on culture and a sense of unity. A song that, when it suddenly comes on at a bar, people get excited about — that would be sick.” 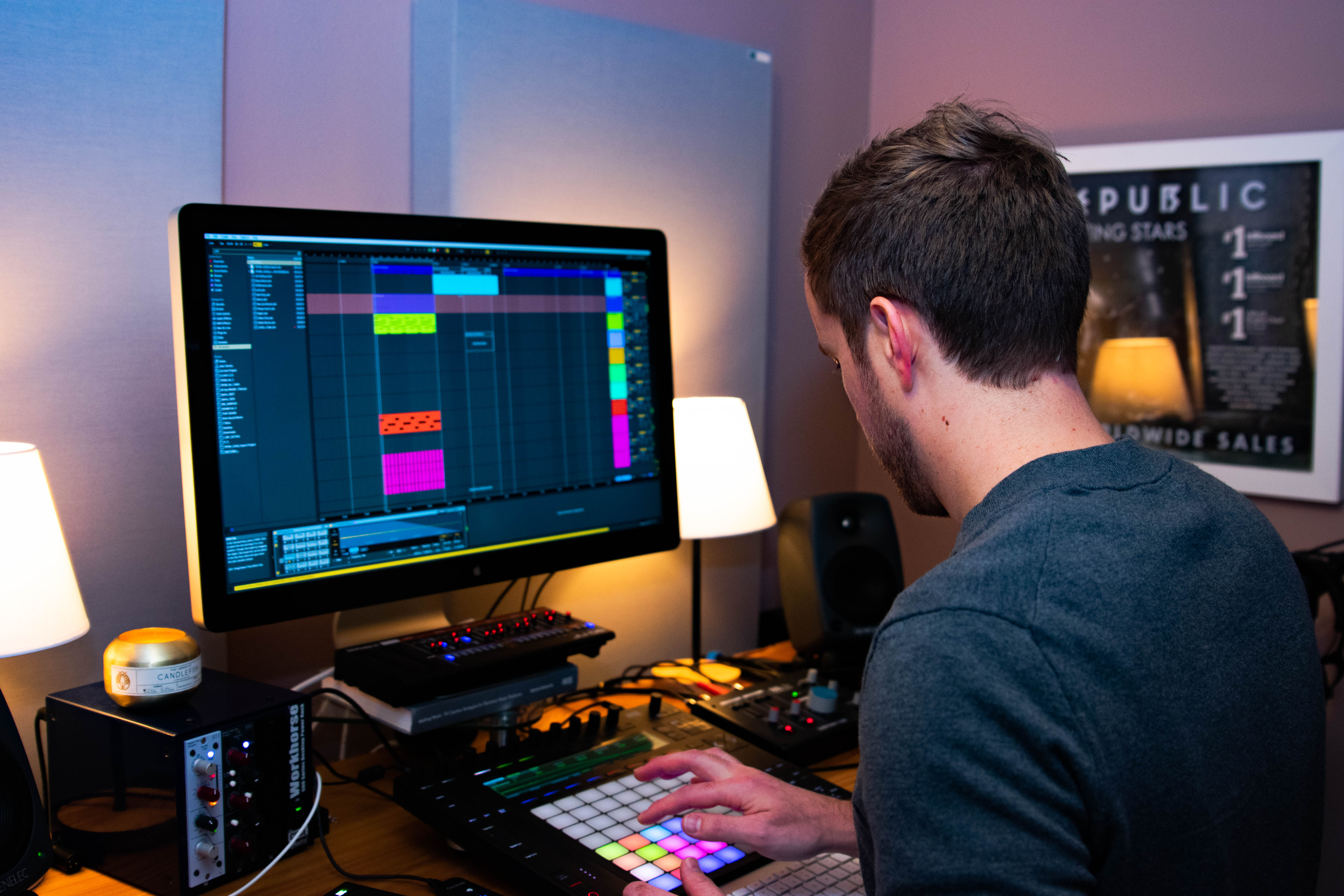 If there is one thing Tryba has learned in the nearly 10 years he’s been in the studio is that to get to the heights he wants he has to work at it. Back when he was reaching for the flute, he learned and worked at it. When it came to the guitar he worked at it again. Even when he claimed he was an awful singer, he worked until he was good enough to sing with the best of them. Now as a music professional, making a living off the music he creates, Tryba is back at it — learning and working, chipping away toward a legacy.

“I keep learning that it’s not about being the most talented person. I think it’s having some sort of talent and then just having the discipline to get really good and be consistent.”