Expectations were high among the fans that filed into Ogden Theatre on Tuesday night for Saint Motel’s “Motion Picture Show Tour.” If you know Saint Motel well or have been to one of their shows before, you would know that their visual identity is just as vibrant as their music and their shows are designed to be spectacular occasions from beginning to end. Without a doubt, the band delivered and then went beyond, taking us from the tallest mountain in the world to the outskirts of space during the journey of their set. 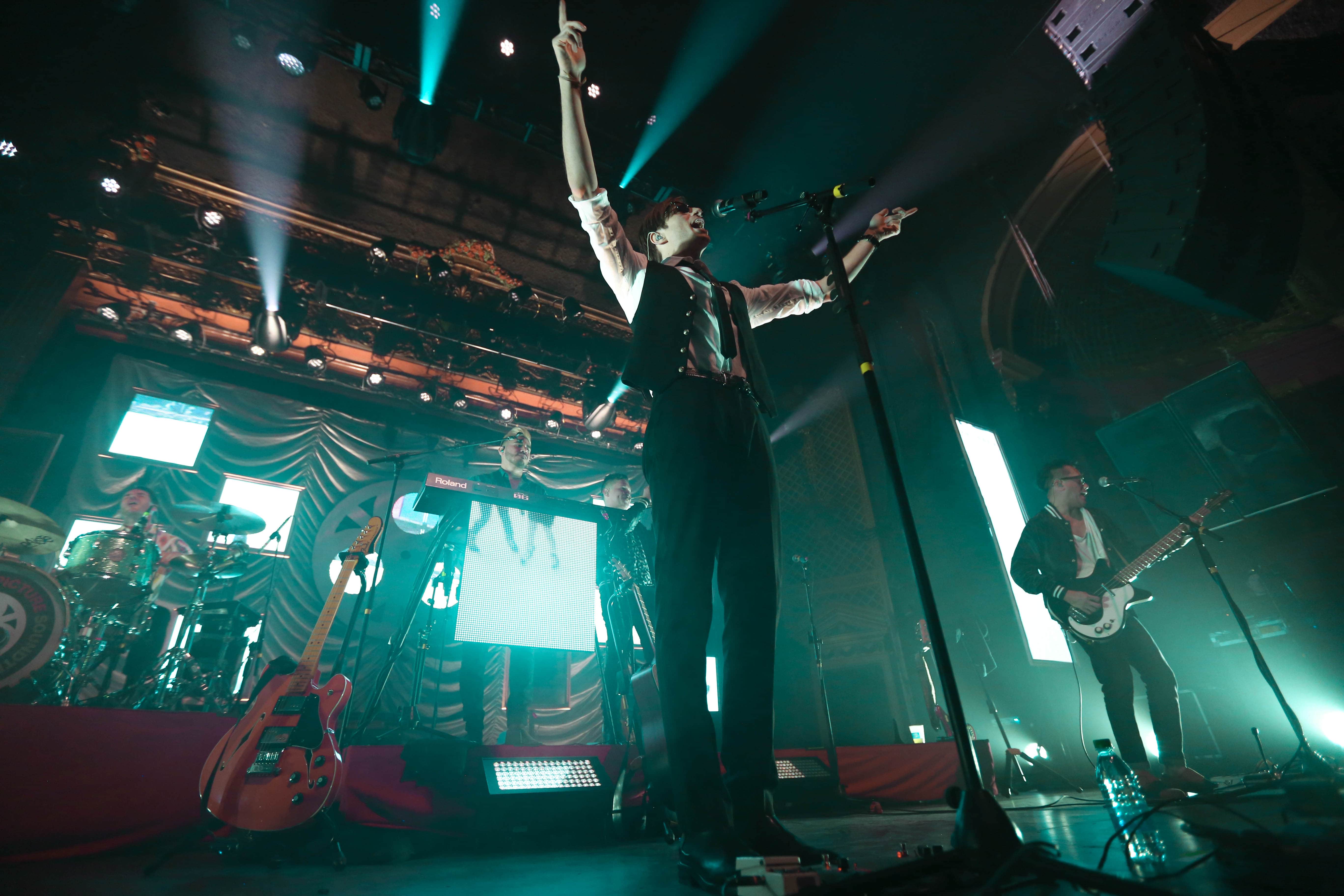 Husband and wife duo Kolars took the stage first for an energetic set. Dressed in head-to-toe glitter, the band held their own for the first few tracks, only needing vocals, guitar and percussion to capture the crowd’s attention with their signature “glamabilly” style. Guitarist and vocalist Rob Kolar gave quite the performance, getting up close and personal with front-row fans for several guitar solos. Holding her own on the other side of the stage, percussionist Lauren Brown’s unique style of “tap-dancing drumming” was captivating. Watching her balance the intricate beats in her traditional drumming performance with the additional layer of her feet was an experience not many have seen before, clear from the whoops and encouraging screams whenever she broke out a particularly impressive beat.

Throughout the opening set and the wait that followed, a pervasive feeling of impatience and barely-contained excitement emanated from the crowd. While Kolars provided a necessary outlet for the energy fans were feeling, with a band like Saint Motel, it’s difficult to be the band that precedes or follows their act. 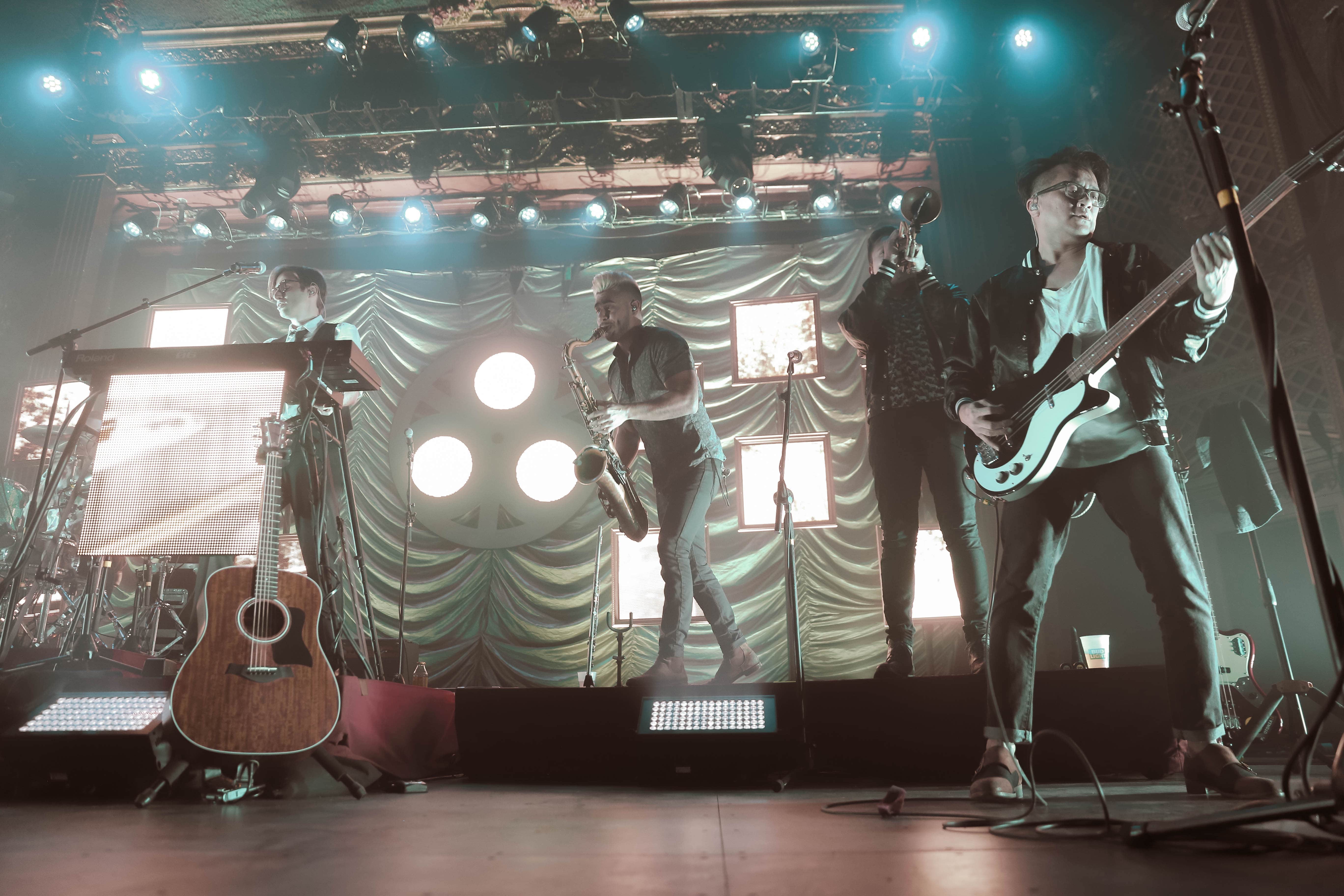 When the lights finally dimmed and the band came onto the stage to a sweeping orchestral score, the crowd’s anticipation was rewarded. Our guide for the night, the “Narrator,” set the scene for the first act of the night, describing a man climbing Mt. Everest, separated from his climbing group, only to be buried by an avalanche. “But wait, could it be? He’s alive!” the bodiless voice exclaimed as frontman A/J Jackson arrived at the stage, arms raised high in victory. The band launched into “Cold Cold Man” and the crowd received the beginning of the show with enthusiastic dancing and singing.

The visual set-up of the stage was stunning and designed perfectly to immerse the audience in the show. The positioning of a multitude of screens on stage, in the shape of picture frames and the three-circle ”Motion Picture Show tour” logo, provided a depth to the stage that almost made the crowd feel as though we were inside a 3-D movie. During “For Elise,” the interactive feature of the screen positioned directly in front of Jackson’s keyboard provoked exclamations of delight from the crowd when he crouched behind it and the screen depicted him singing as if he were really there. 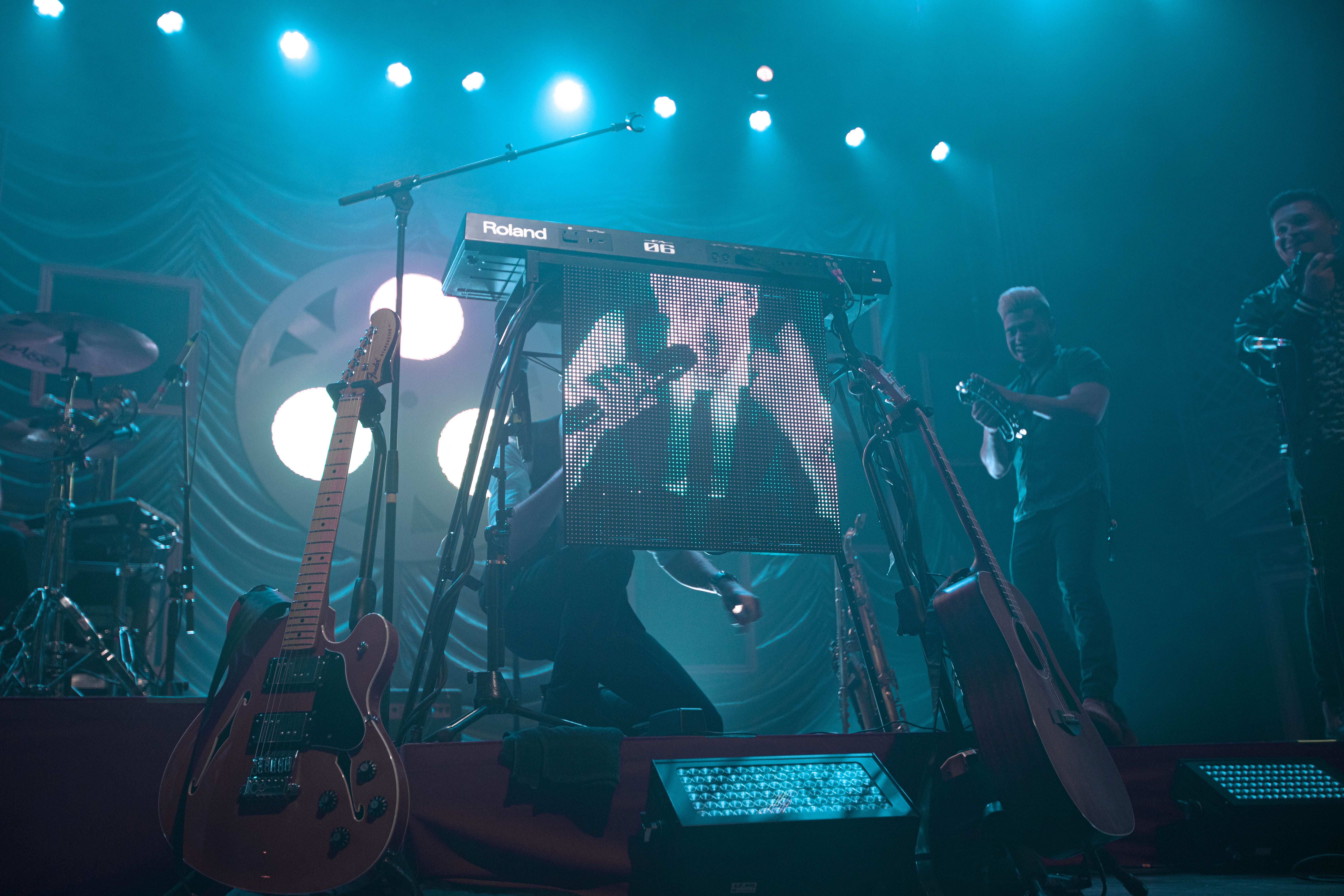 The Narrator made several more appearances throughout the night, signaling a shift in mood and the beginning of a new act of the show. Moving into the second part of the show, the Narrator described a battlefield scene, setting the tone for the anthemic “Dear Dictator” and “Destroyer.” After the band seemingly lost themselves in the rebellious music, Jackson addressed the Narrator, asking for help in getting back to the light mood that marked the beginning of the show before moving into a cover of Maxine Nightingales “Right Back Where We Started From.”

During the space-inspired act of the performance, Jackson, dressed in a white astronaut costume, pulled an audience member dressed as an alien on stage for a playful exchange. Asking the alien their name and where they were from, Jackson received an in-character response of unintelligible alien language noises. The band then moved into the slower and sweeter portion of the show with “Save Me” and “Old Soul” before performing their rendition of Sufjan Stevens’ “Chicago” to close out their pre-encore portion of the night. 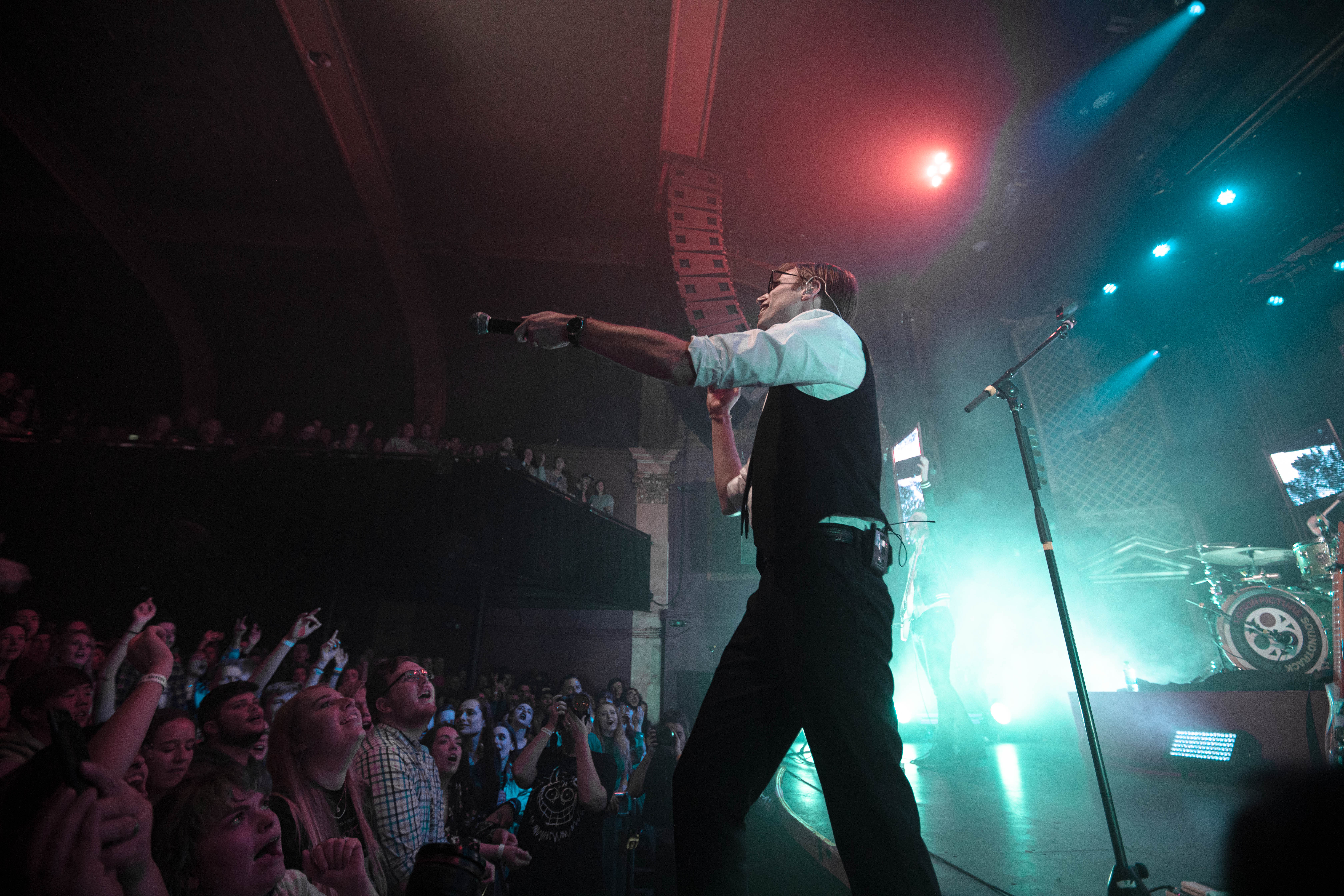 In a sweet nod to the band’s humble beginnings as film students at Chapman University, the encore began with the Narrator describing Jackson running down a university hallway to get guitarist Aaron Sharp out of class for a band rehearsal. The band’s encore spanned their career’s timeline, beginning with “To My Enemies” from their 2009 EP ForPlay and then “Born Again” from saintmotelevision. They then followed that with the western-inspired “Van Horn” from The Original Motion Picture Soundtrack: Pt. 1, the brass and Jackson exploding with 11th-hour energy at the end of the song.

Ending with the song that put Saint Motel on the map, “My Type,” Jackson made his way up the stairs and wandered among the crowd on the balcony, thanking audience members for coming to the show and giving out hugs all around. The band gave triumphant bows to the crowd, finishing out a show that was a feat of energy and creativity. The last voice we heard as we headed back out into the chilly January night was the Narrator’s, verbalizing our thoughts at the end of the show in a comedically melodramatic fashion, summing up Saint Motel’s intentions for the crowd in every performance they put on. “Tonight we were free, tonight we were beautiful, tonight will live forever.”