All photography by Lauren Magin

The Dreamy, Down to Earth Duality of Bunny Blake

After seven years of gigging professionally around the Front Range, the local musical artist who now uses the moniker Bunny Blake wanted to reinvent her public self. Her initial reasons for this identity change were mostly practical. She considered the advantages of concealing her legal name and, as she told me with some tongue in cheek, “searchability and all of those lovely things that you have to think about now as an artist.”

Yet her first attempt at rebranding herself — in 2018 when she swapped out her birth name for the title, LZ — was also born out of the urge to dissociate from her past. “Part of it was motivated by me being self-conscious about people seeing my growth as an artist,” she confided. Some of the online music attached to her legal name dates back to when she was 12. It’s safe to assume that no one considers the creative output of their preteen years to be emblematic of their life’s work, so her instinctive desire to separate herself from her digitally preserved growing pains is understandable. On Facebook, there are more than a few photos of me in middle school that people have tagged me in that I refuse to publish to my timeline.

At the same time, the 25-year-old songstress was averse to the idea of constructing a galvanizing, marketable and inevitably contrived artistic persona. In the age of social media, it is now commonplace among celebrities and non-celebrities alike to maintain a lacquered public identity — void of imperfection and mediocrity — while living a messy and rather insipid life somewhere off-grid. That particular aspect of having a persona — where the binary of public versus private seems synonymous with insincerity versus truthfulness — seemed to her unstable and unnatural. If anything, she wanted to create an artistic self that was more real than the one she had projected while using her legal name — an identity that was truer to her current tastes, values and experiences. 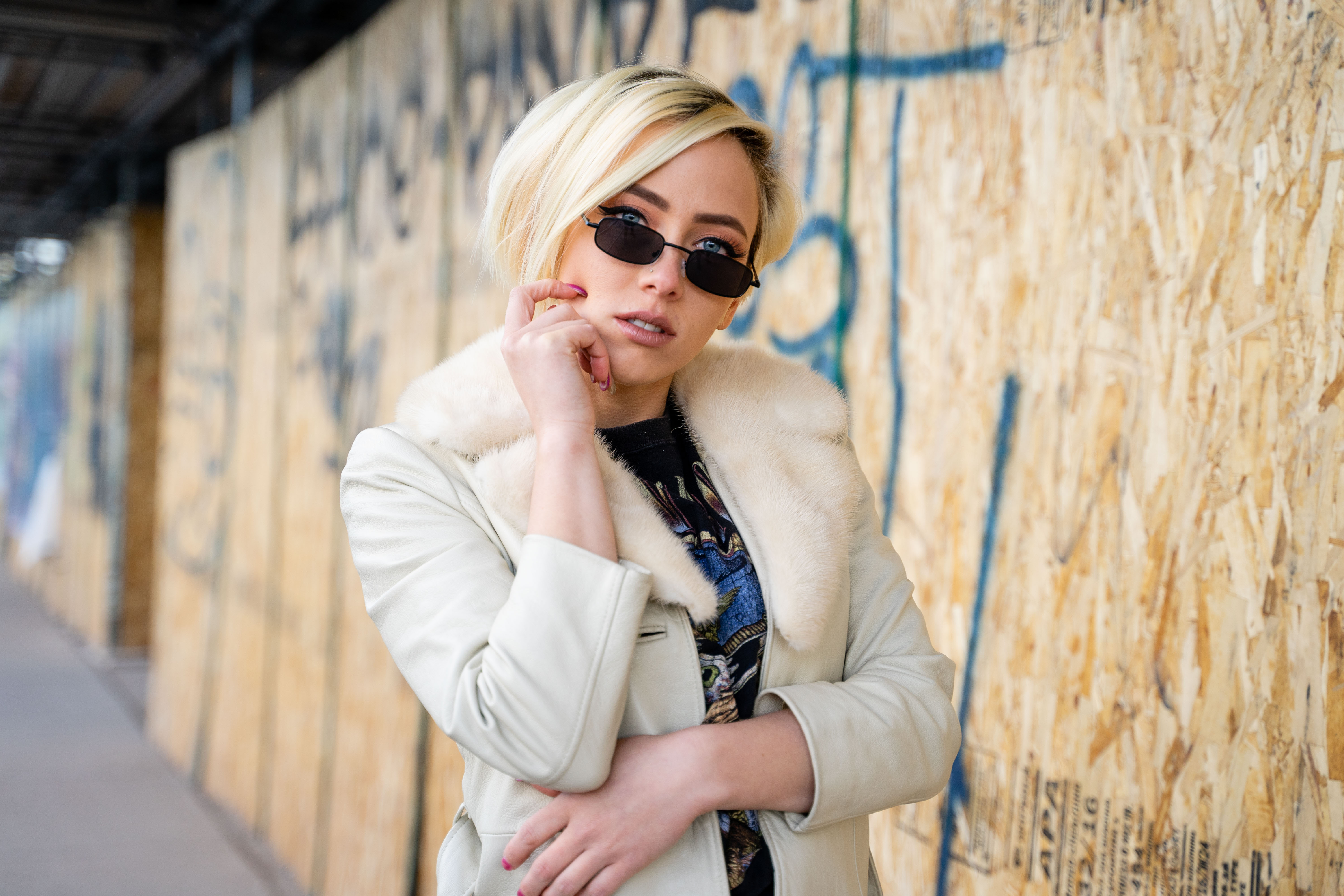 She was torn between seemingly opposing principles. When it came to her music career, she wanted to get some distance from her history — and, honestly, to better market herself — but she also wanted to get real.

She found her solution in The Twilight Zone. More specifically, in episode 13 of the fifth season of the 1959 TV series, titled “Ring-a-Ding Girl.” The main character of this particular installment is an internationally famous movie star by the name of Bunny Blake, who spontaneously visits her hometown and schedules her own one-woman show for the same time as the county picnic. Townspeople interpret this as a self-aggrandizing, spotlight-stealing act. Nevertheless, they all ditch their picnic to see her perform. As they wait for her to take the stage, however, a plane crashes down on the deserted picnic grounds and catches fire. When Bunny Blake is revealed to be one of its fatally wounded passengers, the townspeople wonder if — and how — she traveled through time and space to save them all from the site of destruction.

In true The Twilight Zone fashion, “Ring-a-Ding Girl” leaves its fans with more questions rather than answers, especially concerning the humanity of the protagonist, whose strategy to save her fans’ lives include deceiving and manipulating them. Her flightiness, flirtatiousness and tantalizing aura of unknowability that surrounds her even in death makes her an endlessly intriguing figure. It’s no wonder that a Denver musician looking to play with the constructions of celebrity decided to adopt the character’s name as her stage name. “I like a strong female character,” the local artist formally known as LZ said. “A little dark, a little whimsical.” And so, she became Bunny Blake. 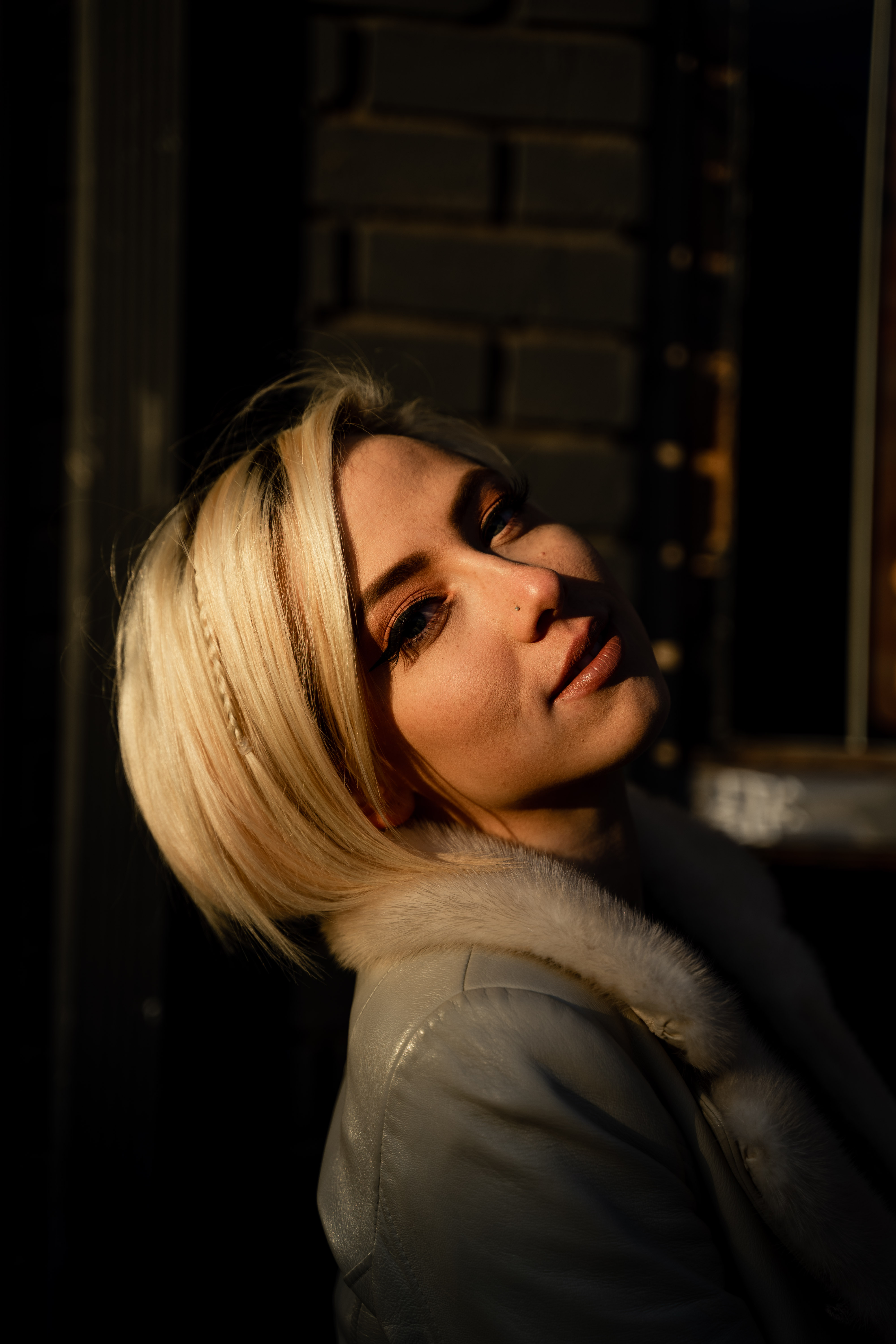 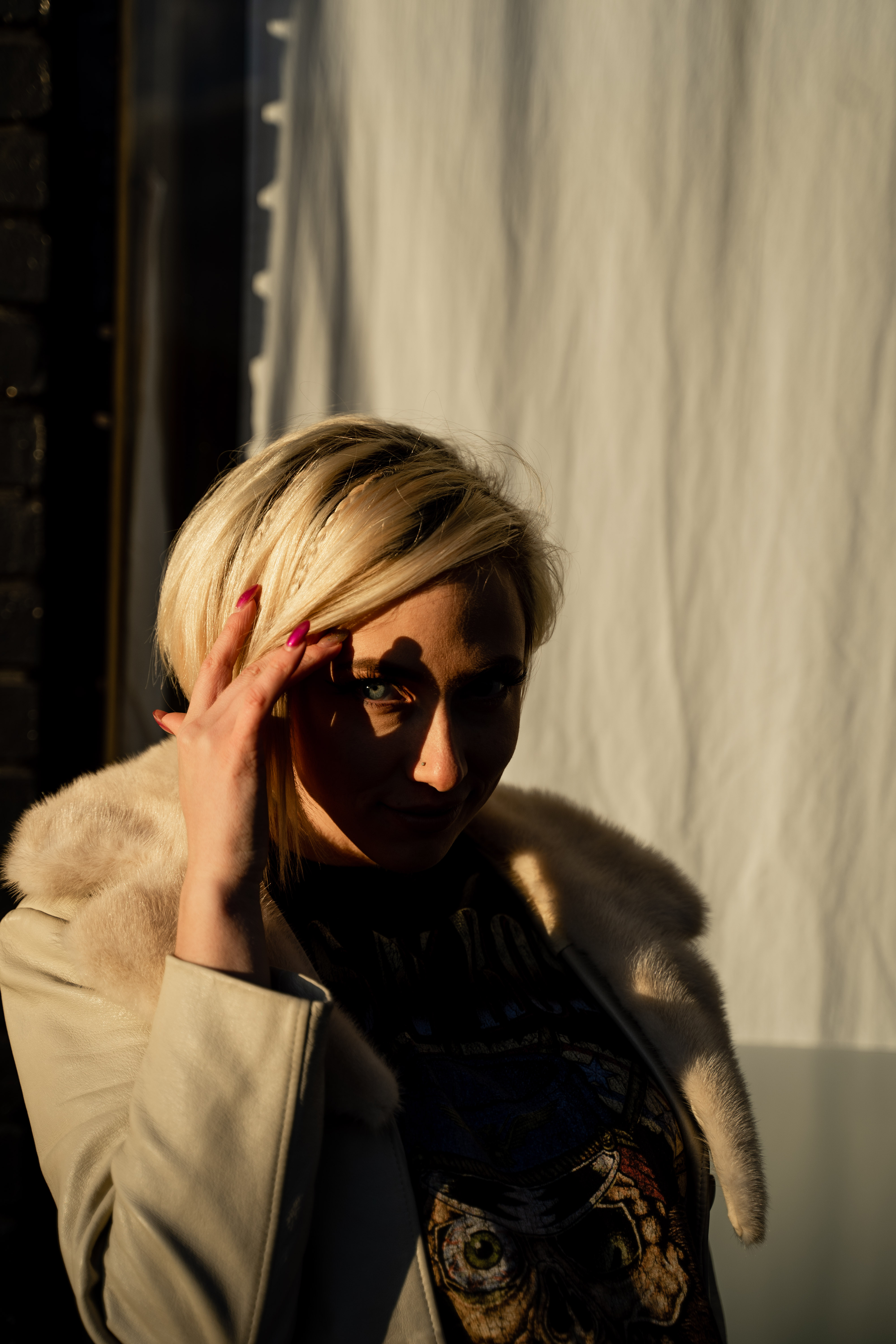 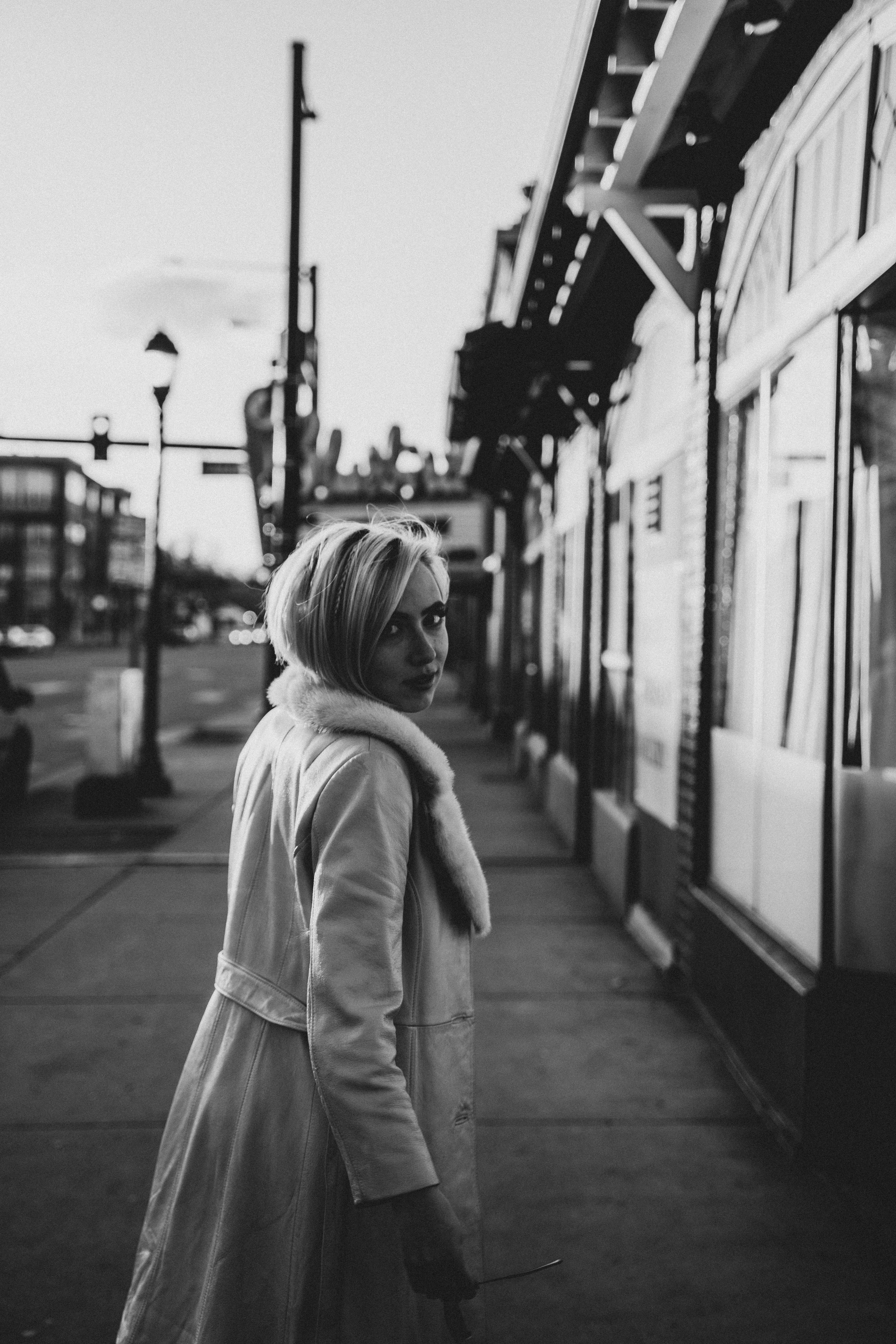 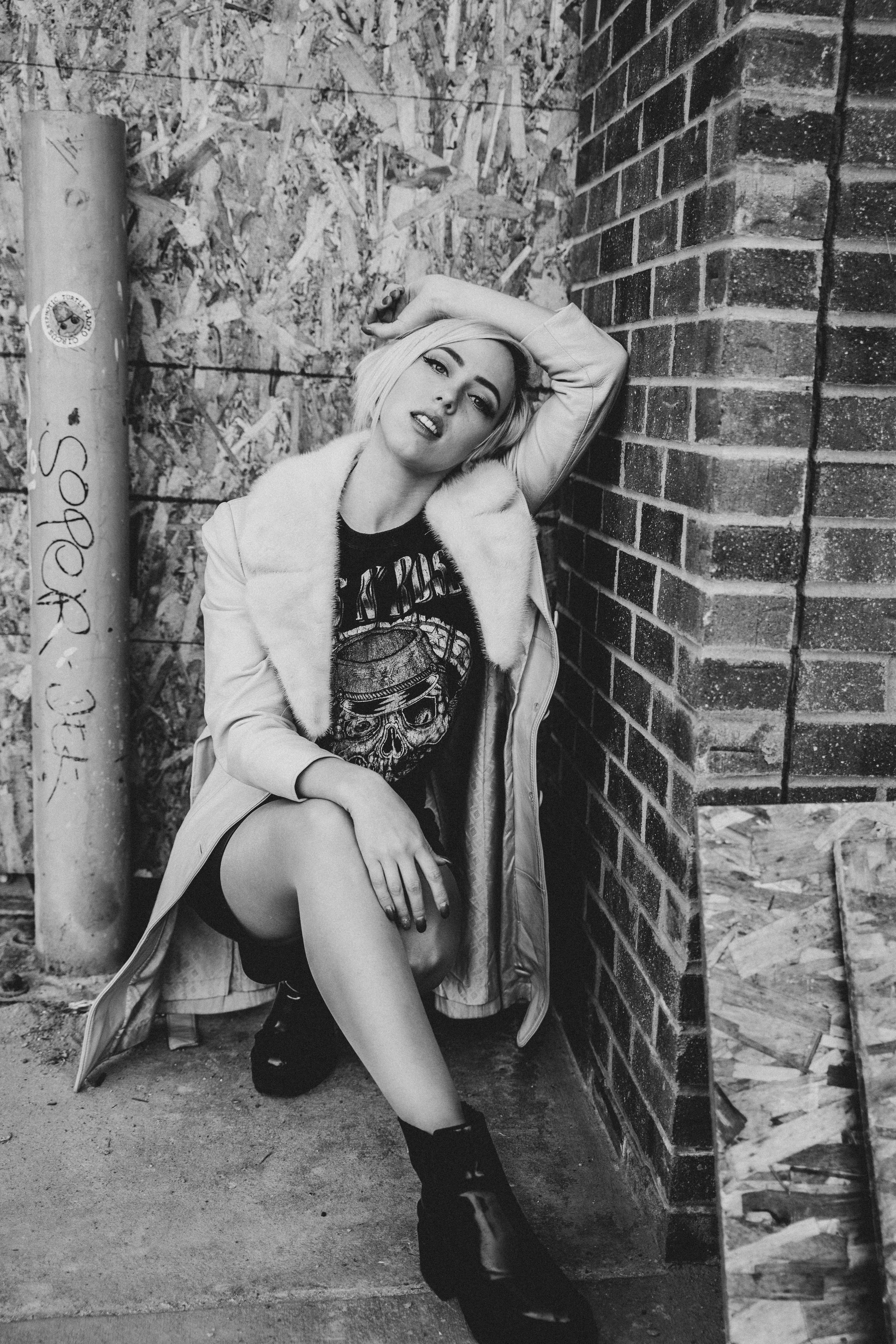 The Bunny Blake who lives in our realm performs acoustic sets multiple times a week at trendy live music spaces like Improper City, the Rayback Collective and the St. Julien Hotel. She’s released four singles since acquiring a stage name and has published acoustic versions of three of them — so far. (She recorded an acoustic version of “Dominos” featuring one of her close friends, Denver’s own Kaitlyn Williams, but is waiting for the right time to drop it.)

Musically, she embodies the most alluring aspects of the TV character she named herself after. Over her crisp and technical guitar riffs (though many listeners assume she’s classically trained, her father taught her to play guitar) she sings of romantic wiles with a voice comparable to that of Ariana Grande or Nao. At times, she revels in her own fanciful and impenetrable atmosphere. This is the case in “Pisces” when she intones with an audible smile, “I ain’t from this earth, not even this universe, maybe my head in the clouds, truth is I don’t want it out,  I think he into it, he’ll never get to it all.”

In the midst of all this whimsy, she includes revelations about her own personal life. She does get real. In “Good Intentions,” she confides, “I’m not here to tell you how to spend your days, cuz most the time I’m living my life out of a suitcase,” and “I’m the type of girl who shows up late to everything.” Perhaps the project that most epitomizes Bunny Blake’s dreamy and down to earth dual nature is her music video for “$$$,” wherein she lounges extravagantly in sunglasses and a plushy coat on a rooftop patio, which turns out to be the roof of an RV parked at a highway rest stop. 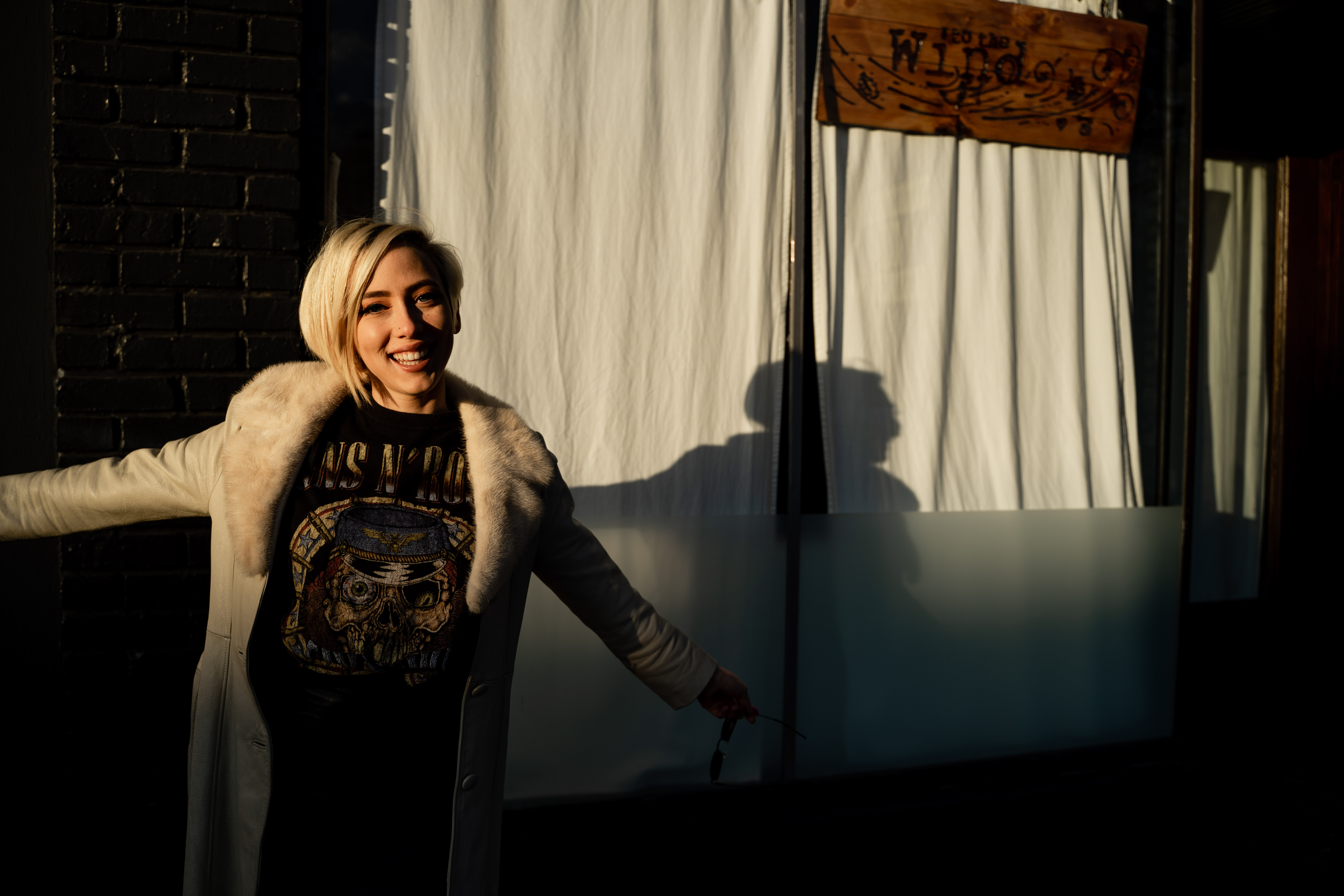 Like The Twilight Zone, Bunny Blake’s intentional ambiguity is up for you to interpret. There’s one thing that she no longer wants to enshroud in mystery, though, and that’s her musical evolution. Since becoming Bunny Blake, her self-consciousness about her earlier work has faded away. Creating a new version of herself actually led her to embrace all her previous ones rather than abandon them.

“I want to be okay with myself and show the brushstrokes and how I got to where I am,” she said. “And I am a person that’s constantly evolving, and I am allowed to contradict myself. A lot of people disagree with me on that and say things like, ‘You’re an artist, you need to establish a brand. That means you have to have a through-line throughout all of your music.’ And that may be true, and that may be the thing that’s successful, but I know it’s not me.”She is a Colorado-raised artist who, in her youth, wanted to be a singer after listening to Destiny’s Child, to be a guitar player after listening to James Taylor and to be a rocker after listening to Tool. Though her current discography is cut from the cloth of ‘90s R&B, she recently incorporated some rock elements into the new music that she aims to release in 2020. This album-worth of unreleased material she’s sitting on is a result of a trip to London in 2019, where she finally teamed up with several producers who she’s wanted to work with for years.

Clearly, they felt the same about her. “All of the people who put in the time for all the new music I’ve worked on — I can’t pay their full producer fee,” Bunny Blake said. “But they believe in me enough to donate their time. So, for their sake — and also for my sake — I want the music to get the attention it deserves, and I’m trying to figure out the best way to do that in 2020. It’s going to be Bunny 2020!”

To experience Bunny Blake’s artistry live, check out her schedule of performances on Facebook and on her website. You can also follow her on Instagram to be sure you don’t miss her highly-awaited music releases. 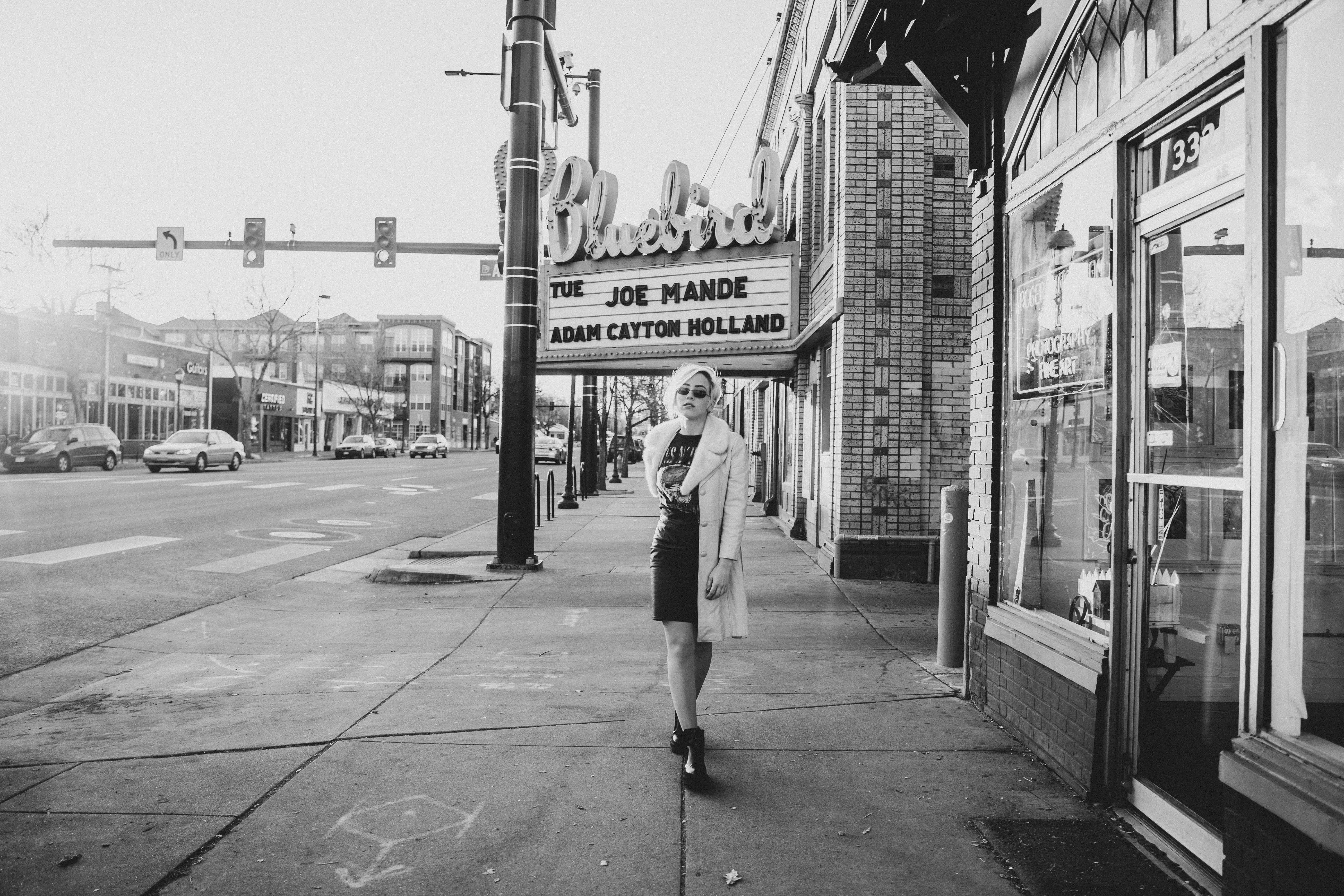